Speaker Pelosi and her liberal lieutenants are determined to shove $3.5 trillion worth of socialist spending down the throats of the American people which will pour gasoline on already rising inflation and deliver a death blow to American energy dominance.Simply put, this amounts to economic surrender and a handout to Communist China.

Over several days of markups, Democrats rejected hundreds of Republican amendments that made clear how much we have to lose from their plan. In the House Energy and Commerce Committee, Democrats ignored the reality that their new natural gas tax would negatively impact GDP by $9.1 billion and kill up to 90,000 jobs — in the first year of the program. In addition, the Committee’s Clean “China” Electricity Payment Program provides $150 billion to mandate deployment of clean energy technology, primarily manufactured in China, while blocking amendments that prohibit the use of Chinese critical minerals or products produced by child or slave labor.

While Democrats have chosen to punish American energy companies, which produce some of the cleanest and most reliable fossil fuels in the world, America’s adversaries like China and Russia stand at the ready to benefit from these new taxes and mandates. The evidence is clear that both countries emit more carbon during manufacturing and resource production than in America and use these resources to bend the will of countries in need. Instead of using American resources to maintain our energy dominance, and as a tool for diplomacy, the Democrats’ proposals will send our high-paying jobs overseas, and give our adversaries a competitive edge while reducing America’s competitiveness globally.

The Democrats war on American fossil fuels will have an inevitable outcome — higher costs for American households and consumers and fewer well-paying jobs throughout our economy. Instead of waging an irresponsible and unnecessary war on fossil fuels and breaking his promise not to raise taxes on families making less than $400,000, the Biden Administration should utilize our resources to meet America’s needs and those of our allies, lower the cost of energy for working families, and allow our country to become energy dominant once again.

House Republican Whip Steve Scalise (R-La.) offered an amendment to the House Energy and Commerce Committee’s portion of the “Build Back China Act” that would prevent the oil and natural gas tax in the underlying bill from going into effect until the Environmental Protection Agency can ensure that it won’t cause increased health care costs, but Committee Democrats blocked the amendment. 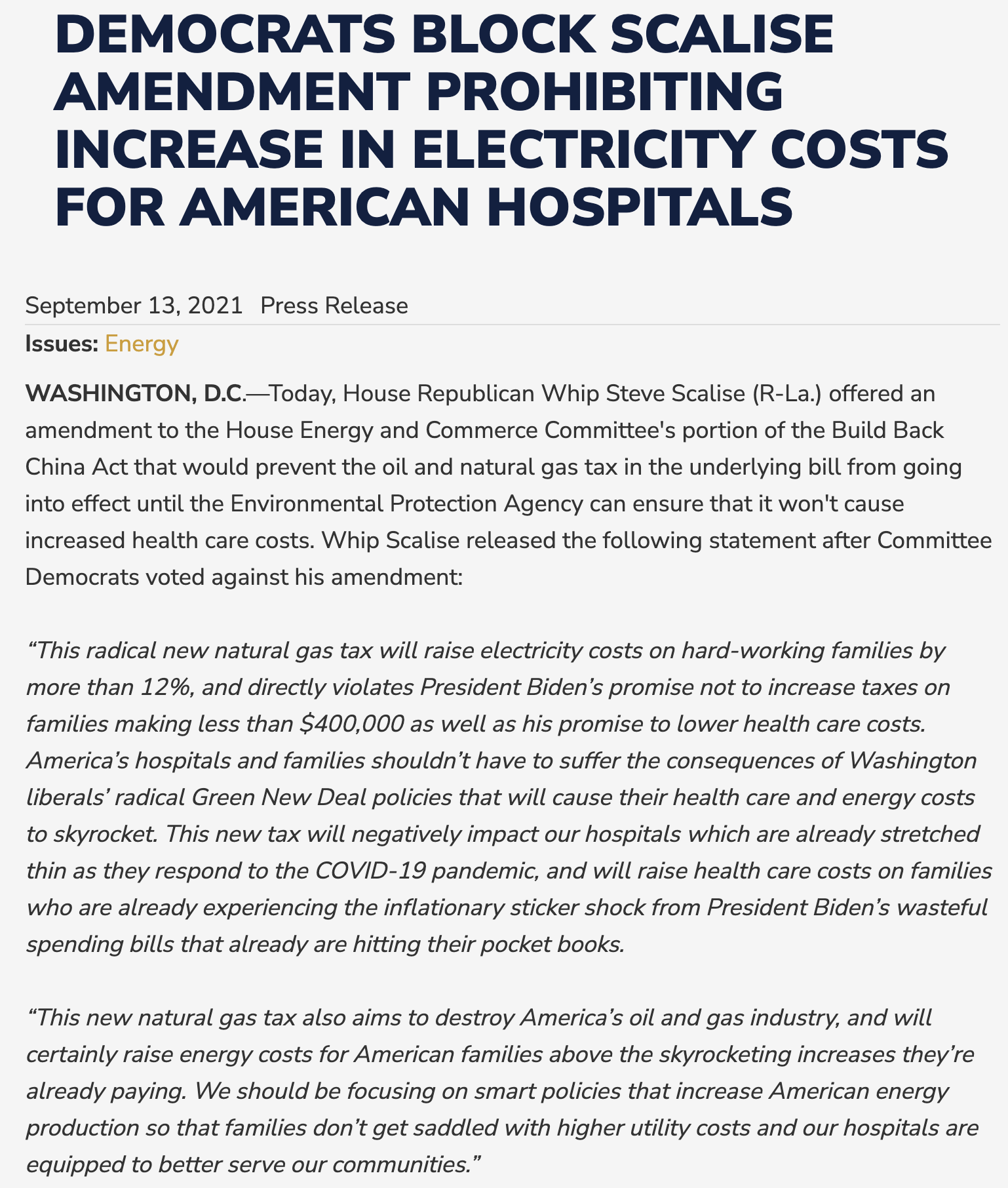 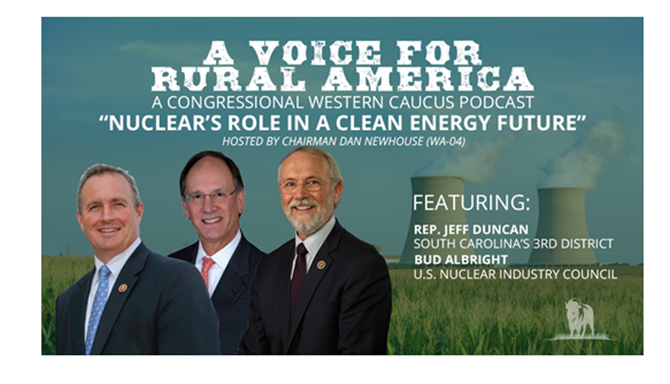 Representative Fred Keller (R-Pa.) visited the Marcellus Gas Coalition in Williamsport to celebrate the work they are doing to grow Pennsylvania’s energy industry. Additionally, Rep. Keller traveled to Tunkhannock, Wyoming County to spotlight the great work being done in northeast Pennsylvania to develop domestic energy and prepare the next generation of energy workers with the technical skills for meaningful careers. 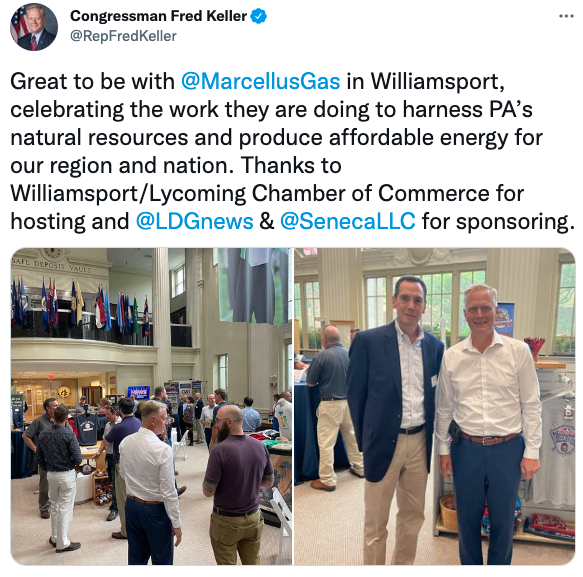 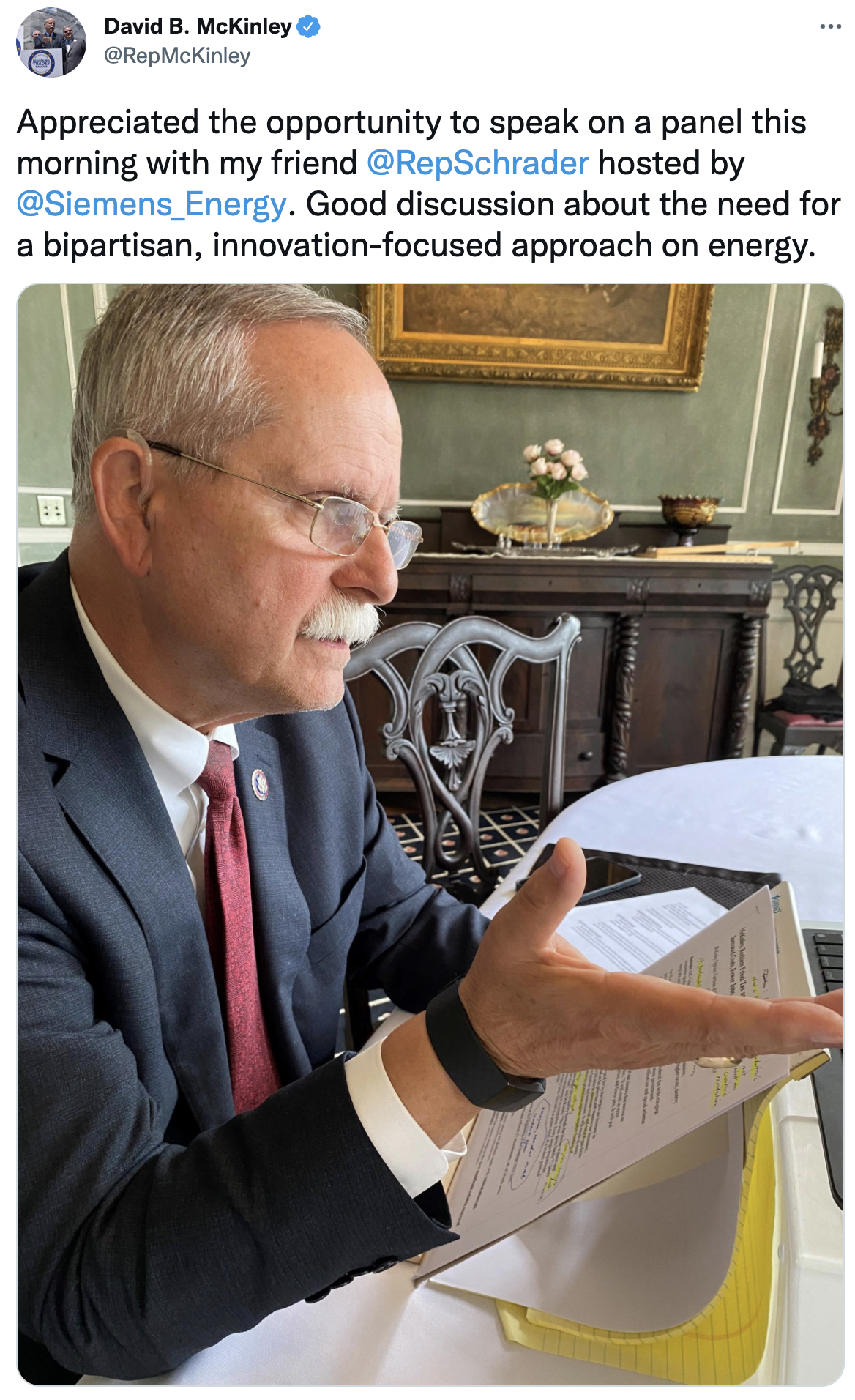 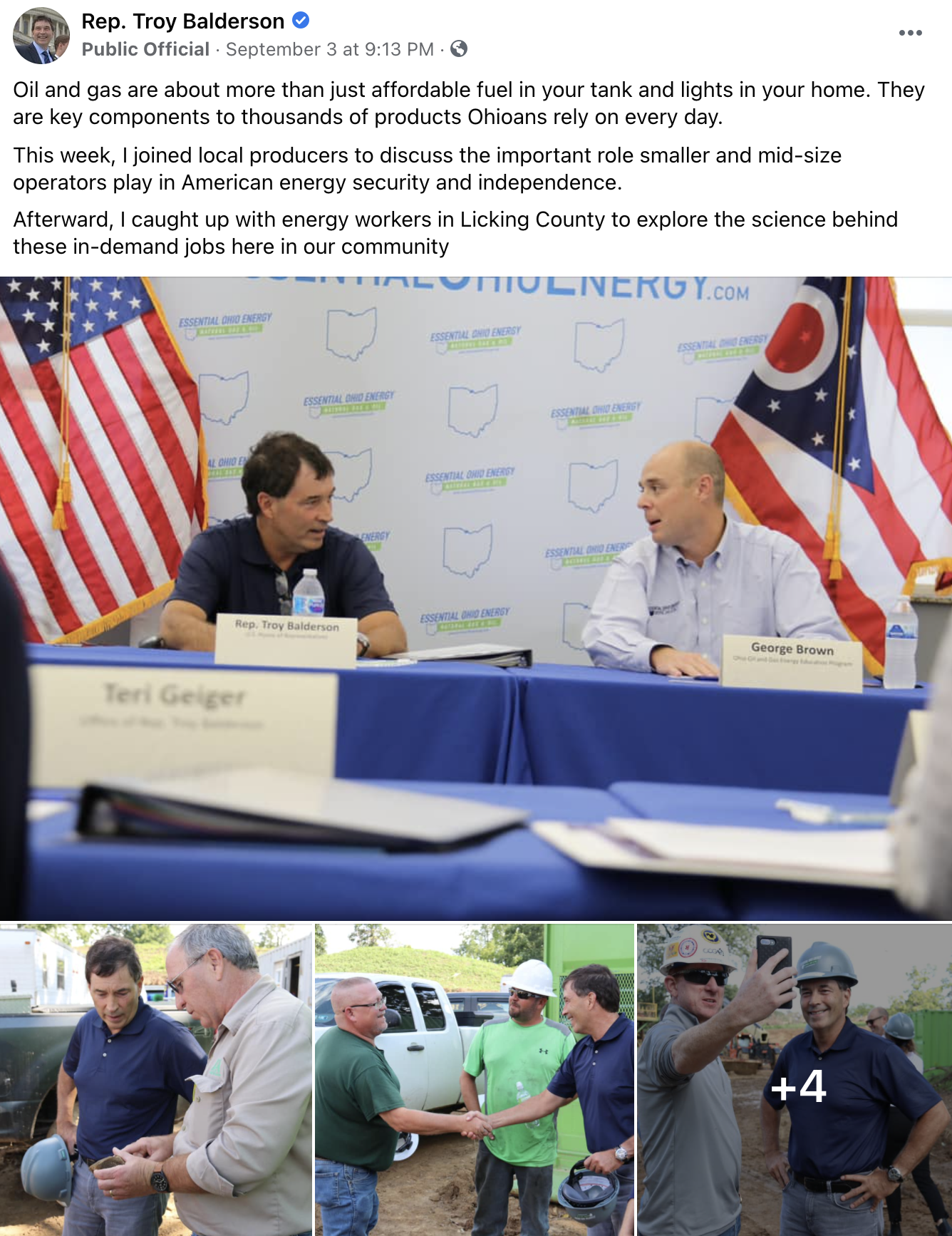 Representative Greg Pence (R-Ind.) delivered remarks at the House Energy and Commerce Committee’s markup of the “Build Back China Act,” noting that this reckless bill will cause inflation to skyrocket. 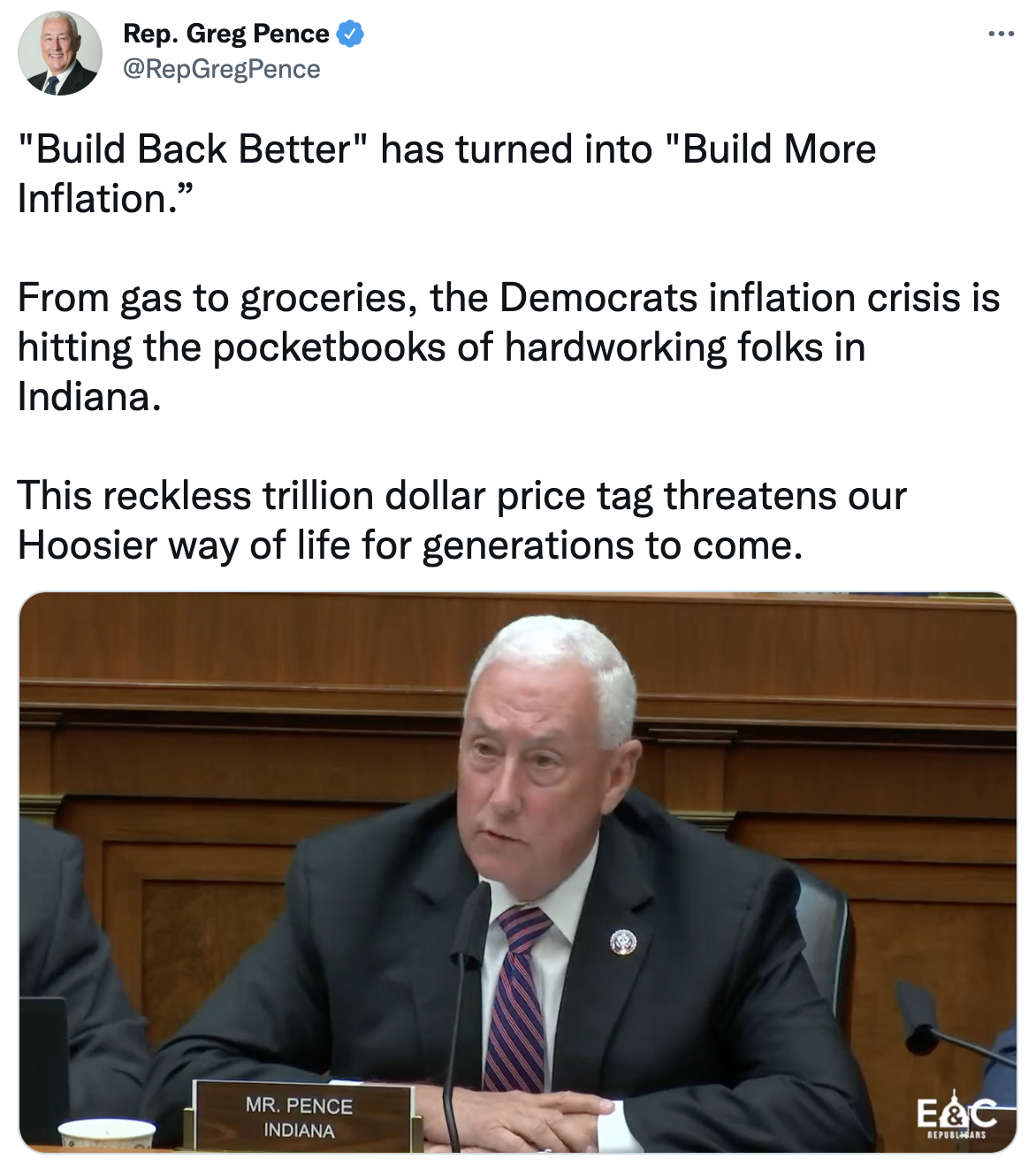 Representative Garret Graves (R-La.) called upon Energy Secretary Granholm to consider authorizing the release of crude oil from the Strategic Petroleum Reserve (SPR) to relieve fuel supply shortages in Louisiana. The next day, Secretary Granholm approved the SPR release. This was a quick and appropriate solution to help address fuel shortages across South Louisiana. 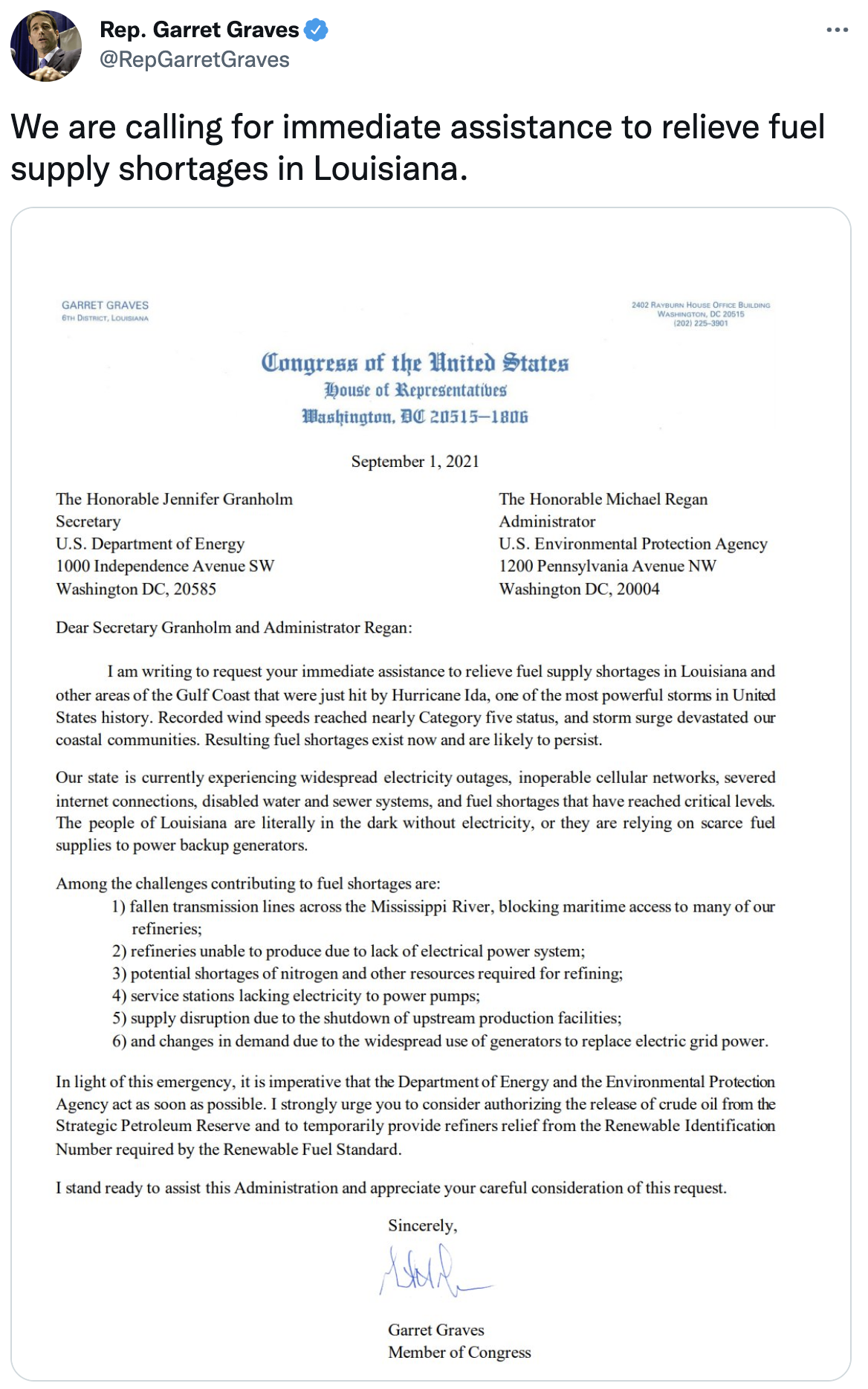 Representative Bill Johnson (R-Ohio) penned an op-ed in the Washington Examinerbashing the radical Left’s ridiculous attempt to implement their Green New Deal agenda in their reckless $3.5 trillion spending package. Rep. Johnson also visited Harrison County on August 30 to highlight the important impacts that oil and gas has on Ohio and the United States of America. 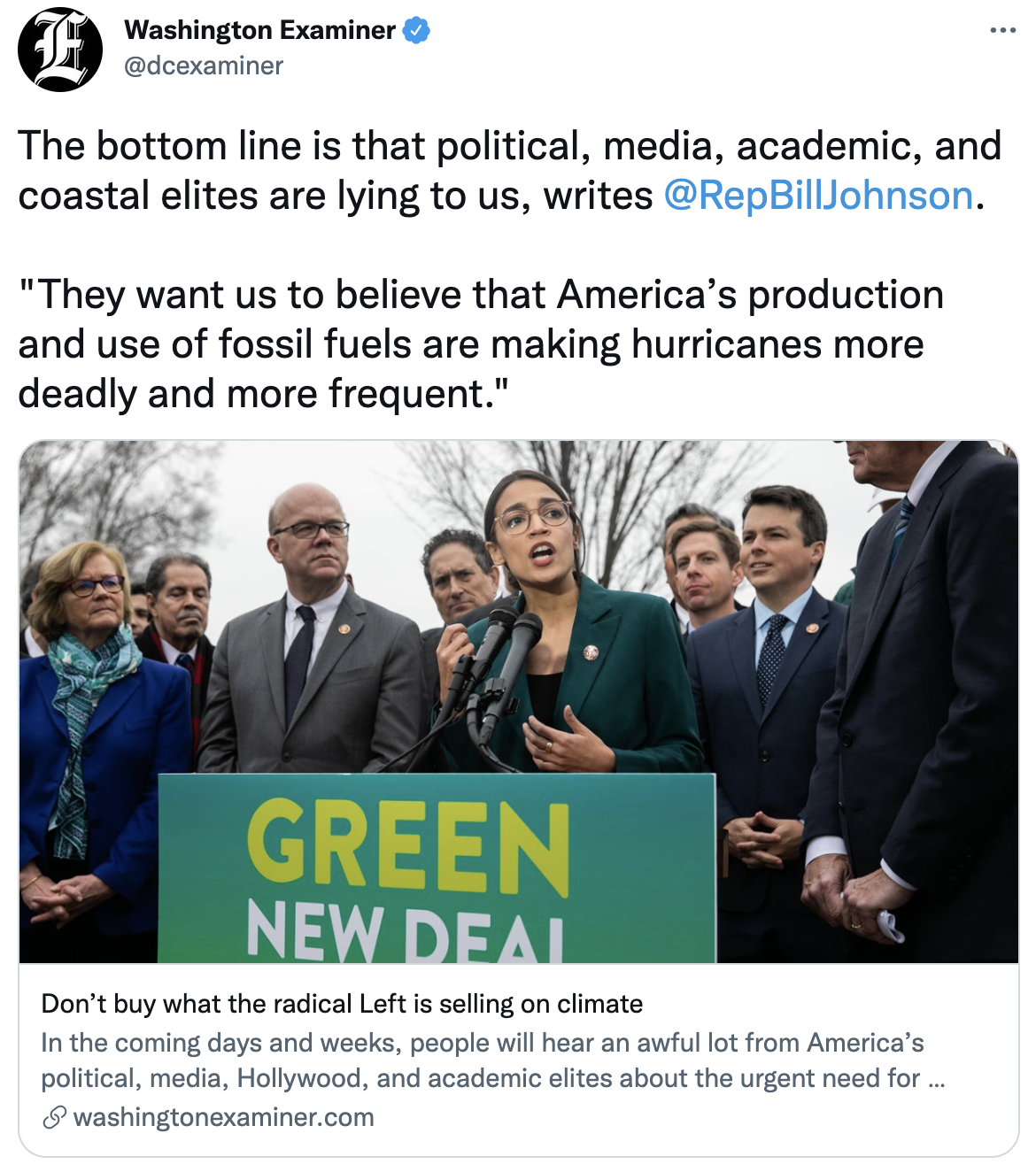 Representative Ron Estes (R-Kansas) offered an amendment to the House Ways and Means Committee’s markup of the “Build Back China Act” to strike the green energy tax subsidies and avoid hundreds of billions in offsetting tax increases that will be borne by ordinary Americans. Rep. Estes also highlighted energy independence and the problems with Green New Deal policies in a Joint Economic Committee hearing. 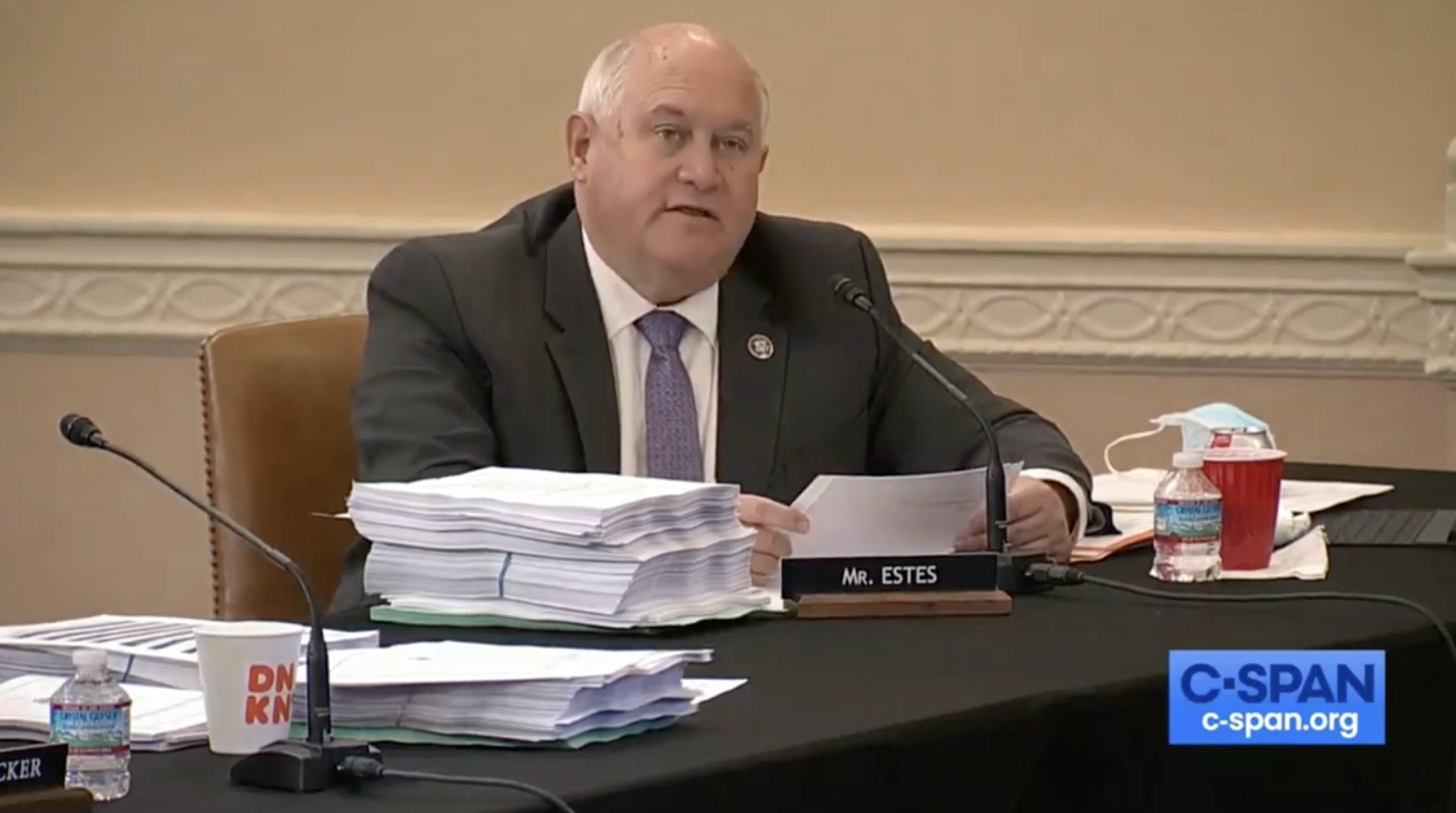 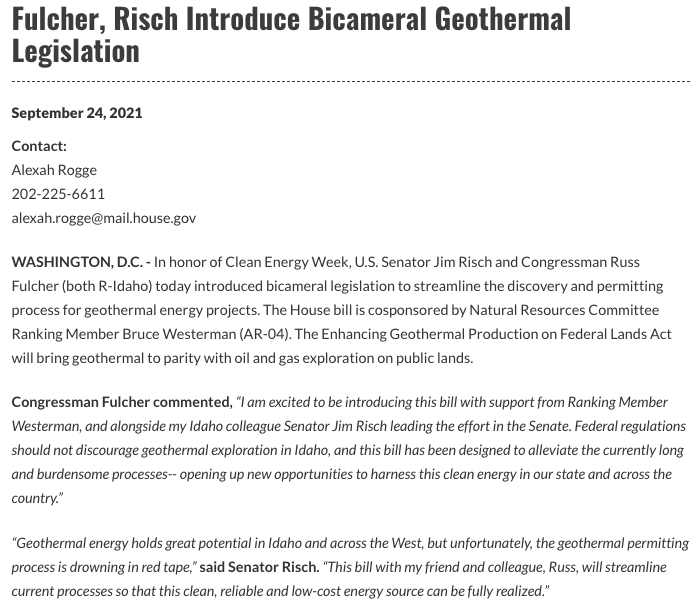 In an Energy and Commerce Committee markup, Representative Tim Walberg (R-Mich.) offered an amendment to the “Build Back China Act” to prohibit the use of funds in the Energy Subtitle to be used for the purchase of critical minerals mined using forced labor in any foreign country, including China. China produces 90 percent of the world’s solar panels using slave labor in the Xinjiang region. Rep. Walberg’s amendment would have simply ensured the materials needed to responsibly build out our energy sector are sourced by the United States, or our allies—not by communist China. Even though a similar amendment passed in the Science, Space, and Technology Committee just weeks prior, Committee Democrats rejected it. 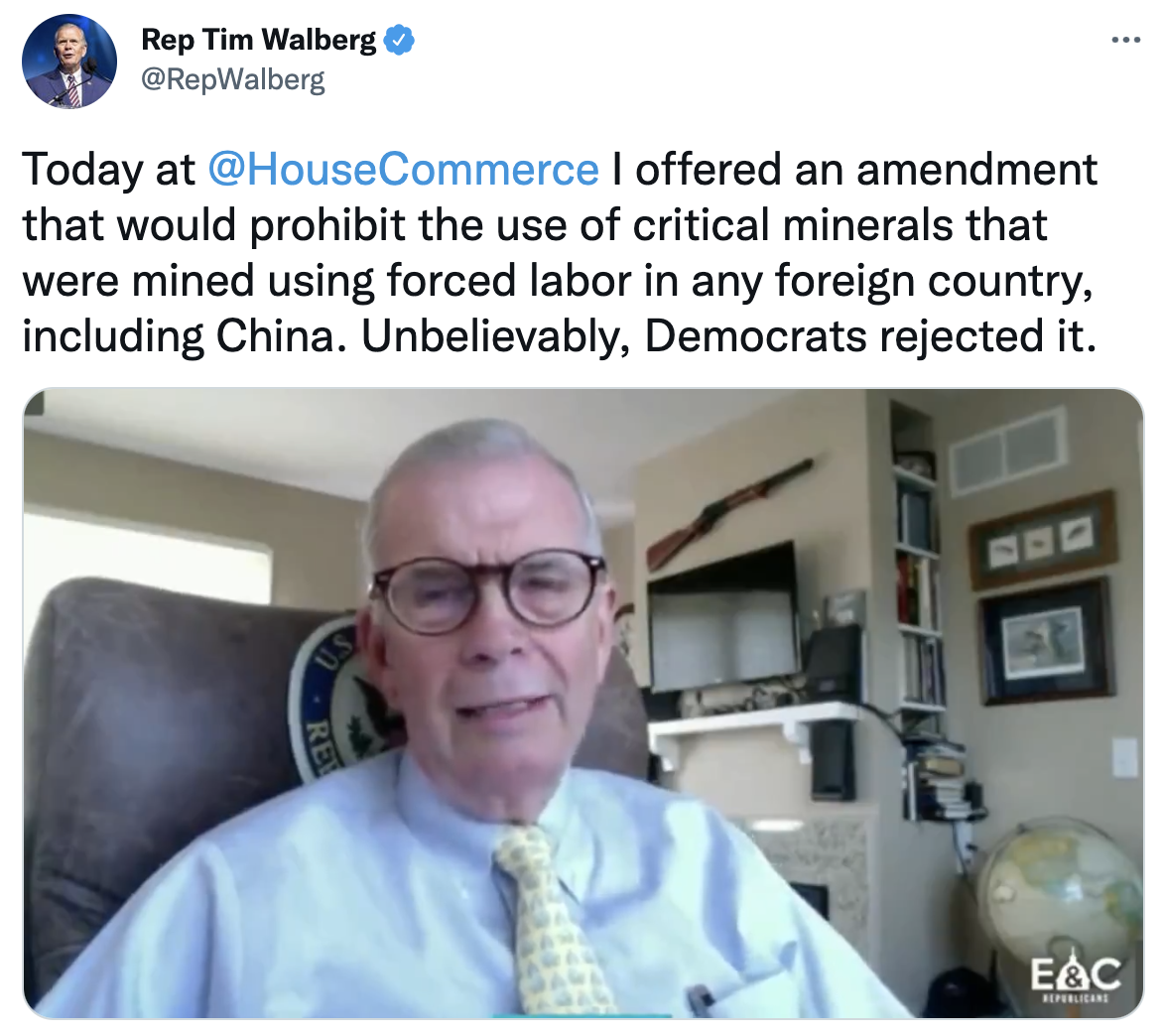 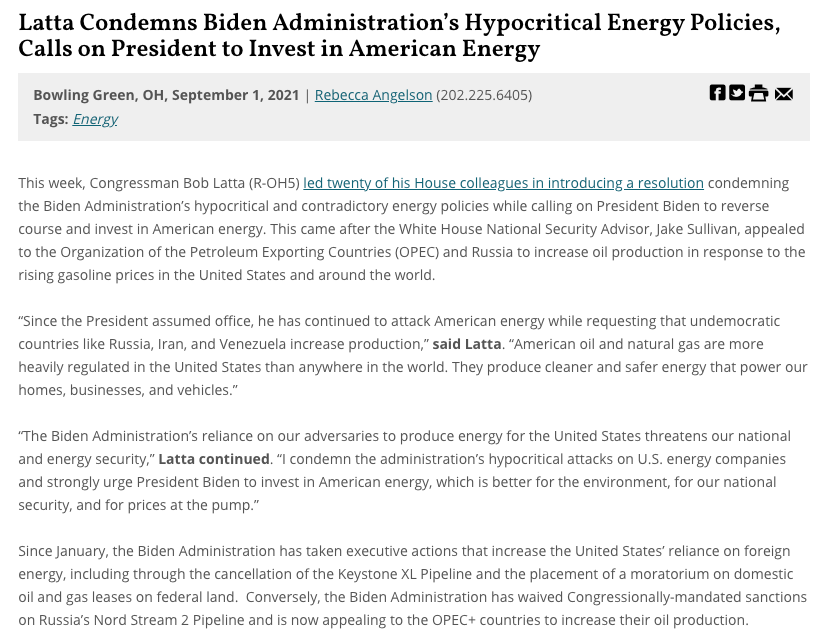 Representative Jodey Arrington (R-Texas) slammed Congressional Democrats for decimating oil and gas producers by slapping punitive taxes on them and making America more energy reliant on foreign countries to produce our energy for us. 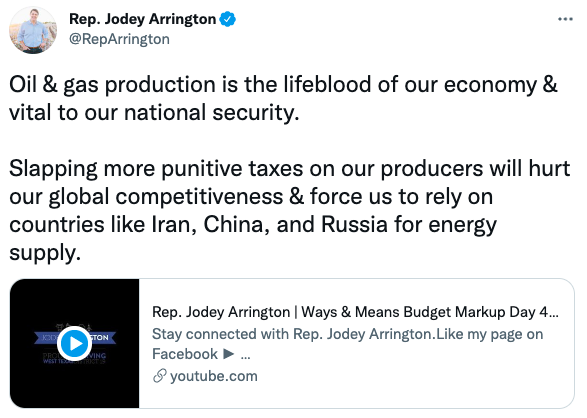 Representative John Joyce (R-Pa.) toured Heritage Coal’s Meyersdale Mine to learn more about their vital work to promote our energy independence and discuss how he is working to protect the Pennsylvania coal industry as a member of the Energy and Commerce Committee. Rep. Joyce also toured the Hoover Conveyor & Fabrication Corp. in Meyersdale in August. 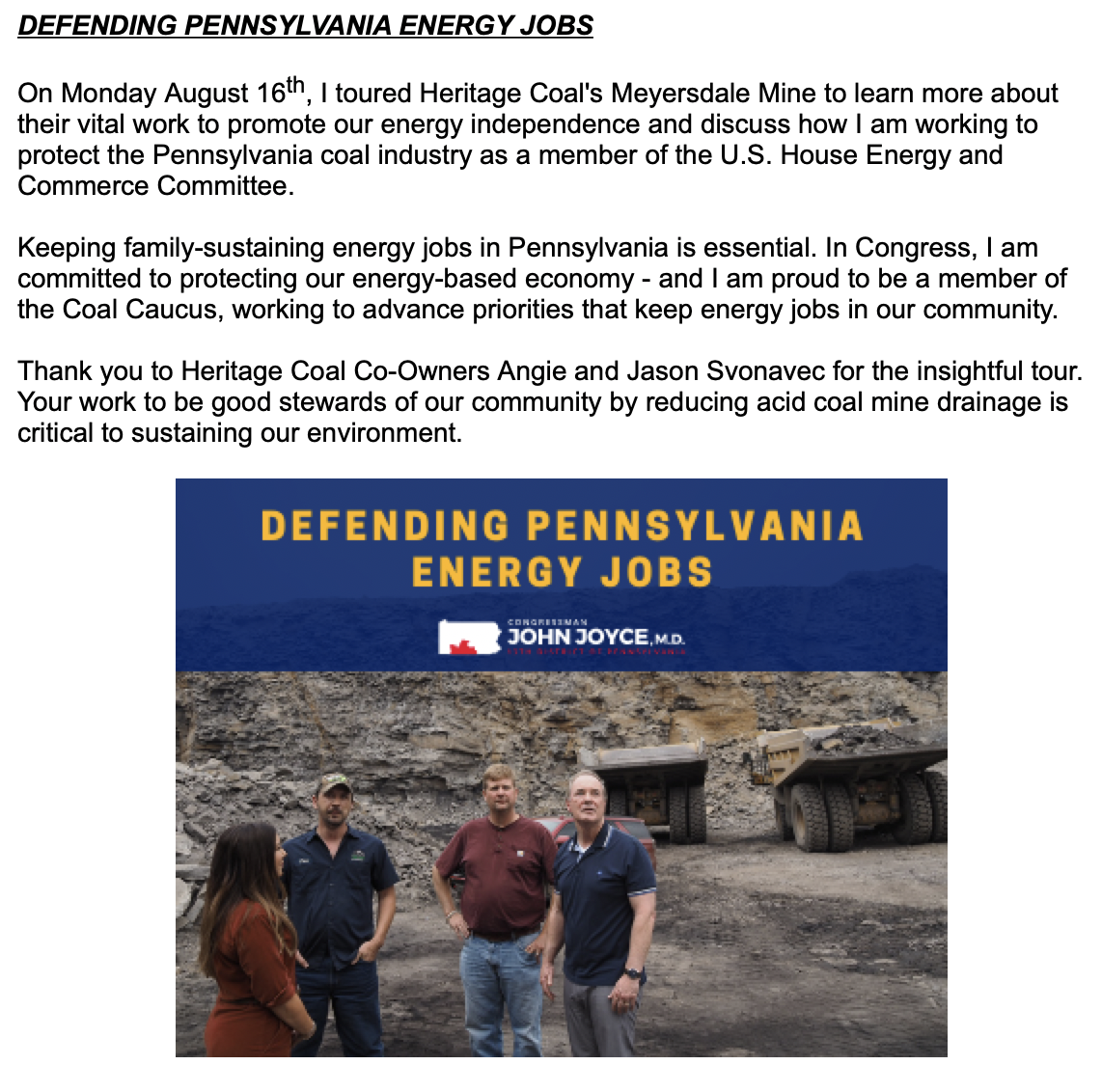 Republican Whip Steve Scalise (R-La.) criticized the Biden Administration and Congressional Democrats for ramming through a $3.5 trillion tax-and-spend bonanza as the price of gas, food, and rent skyrocket under President Biden’s economy. 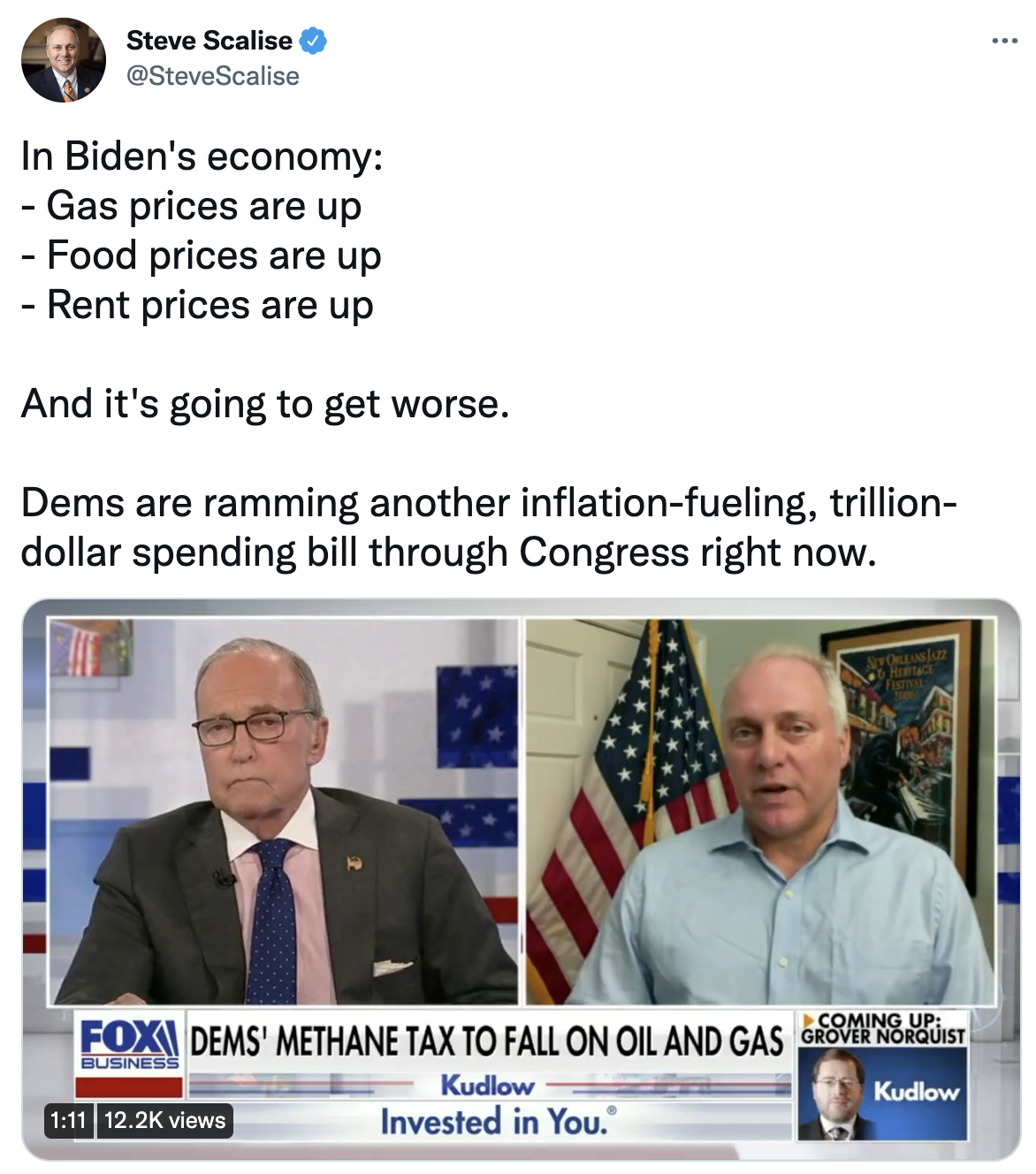 HEAT Co-Chair Rep. Jeff Duncan (R-S.C.) spoke in support of an amendment during the Energy and Commerce Committee reconciliation markup that would prohibit the use of critical minerals mined using forced labor in any foreign country. China produces 90% of the world’s solar panels using slave labor in the Xinjiang region. All of the Democrats voted to BLOCK the amendment, so much for environmental justice. 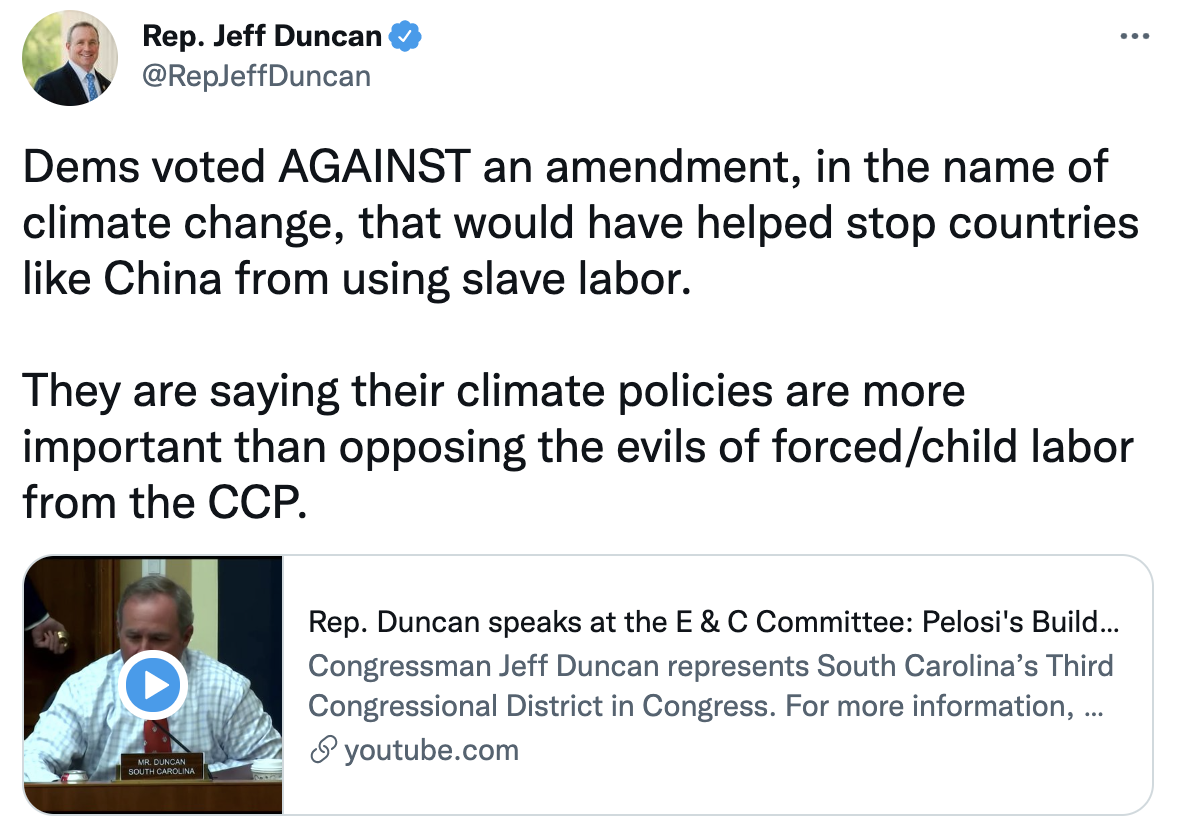 Representative Greg Pence (R-Ind.) posted about his visit to Honda’s Indiana Plant in Greensburg to celebrate the launch of Honda’s Civic Hatchback being built in Indiana’s Sixth Congressional District. 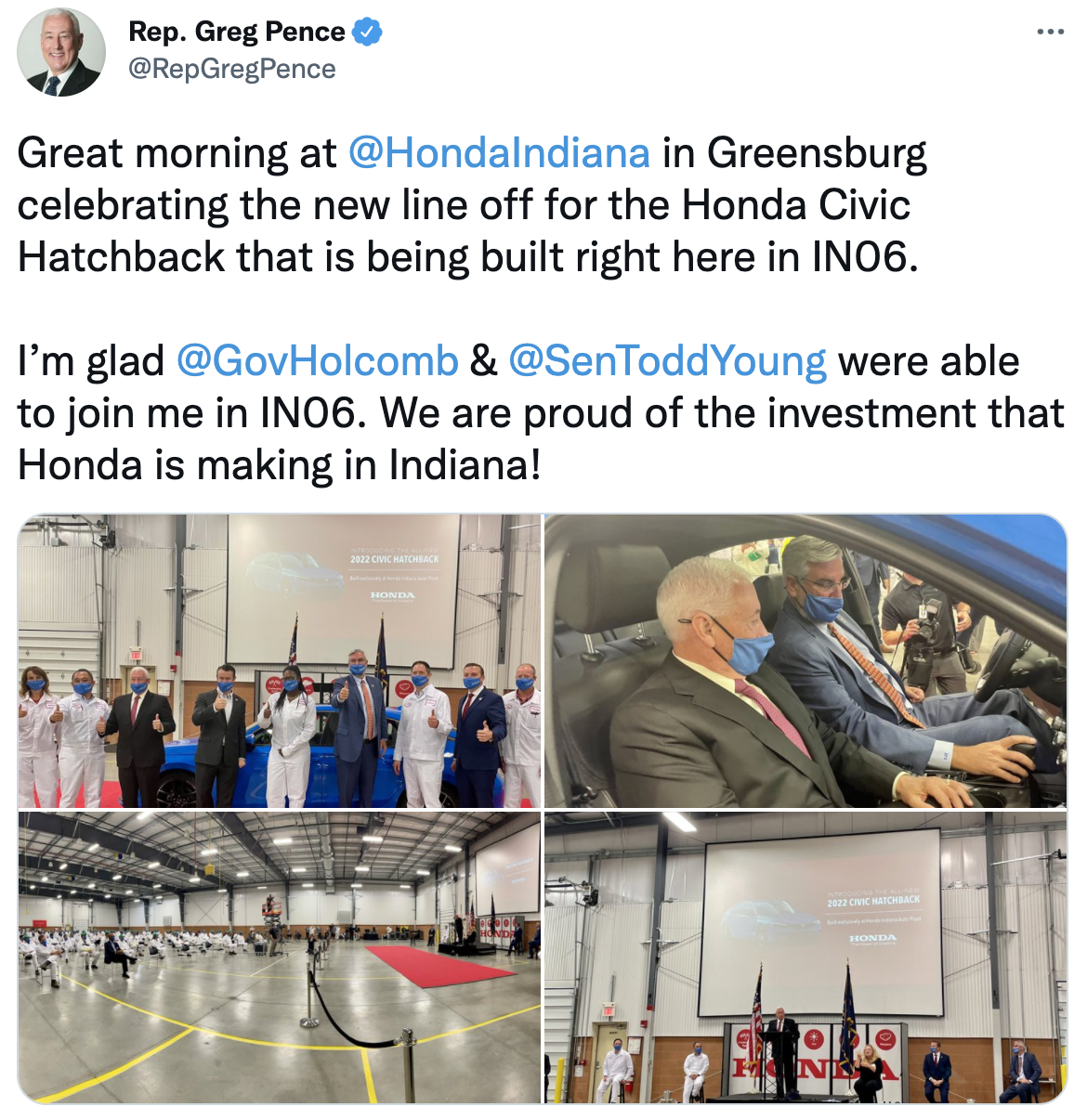 Representative Tim Walberg (R-Mich.) offered his support for an amendment to protect farmers and agricultural businesses from a natural gas tax (“cow tax”) that would raise the price of essential foods like meat and milk. Once again, Democrats rejected the amendment, continuing their assault on American energy. 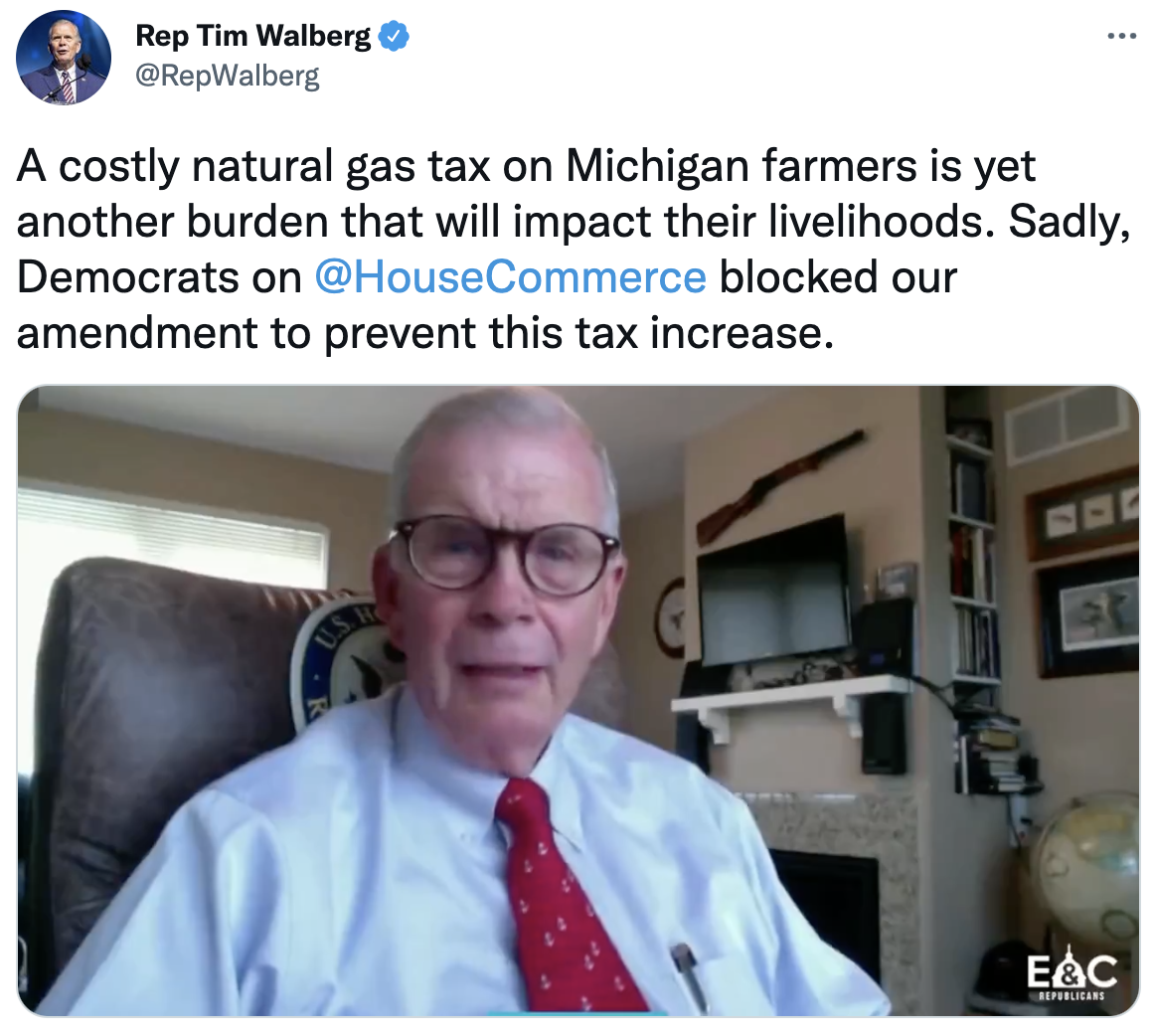 Representative French Hill (R-Ark.) co-sponsored a resolution recognizing and celebrating the 75th anniversary of the National Association of Conservation Districts and their commitment to our lands. 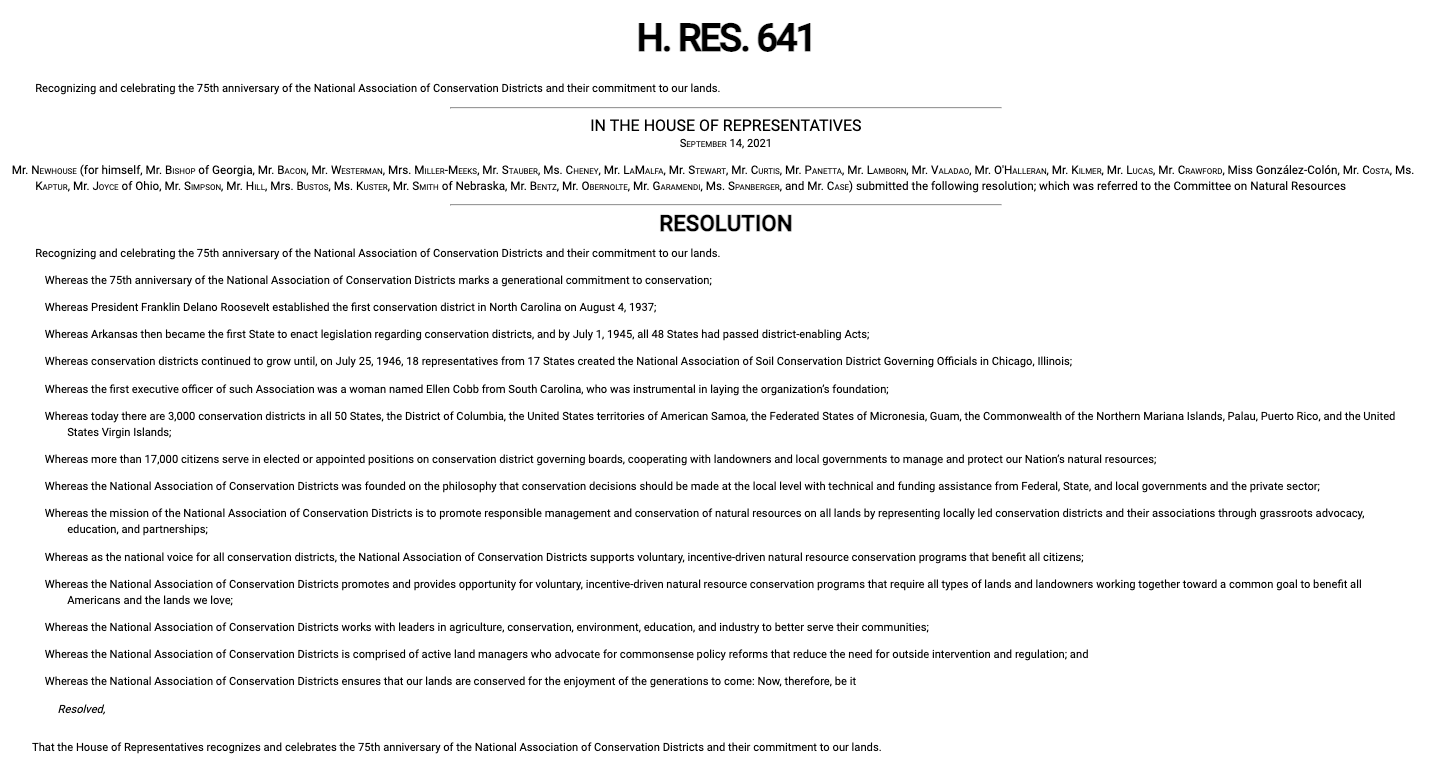 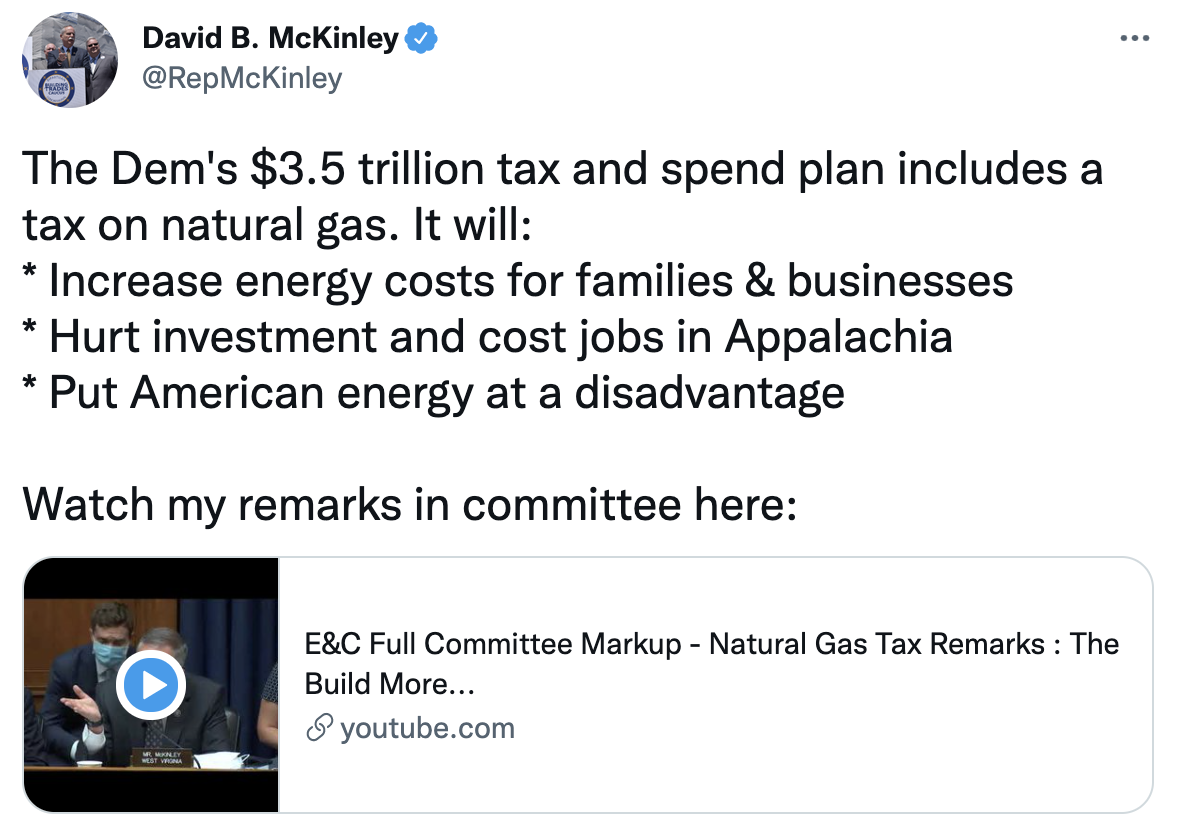 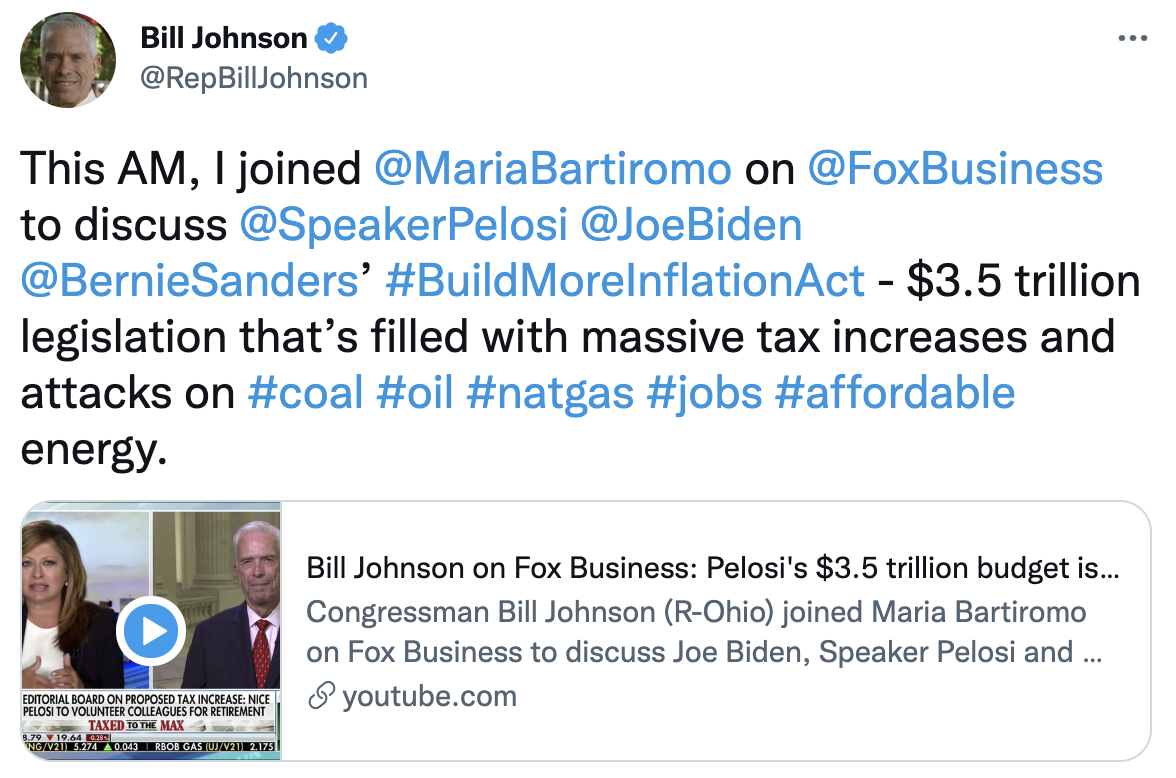 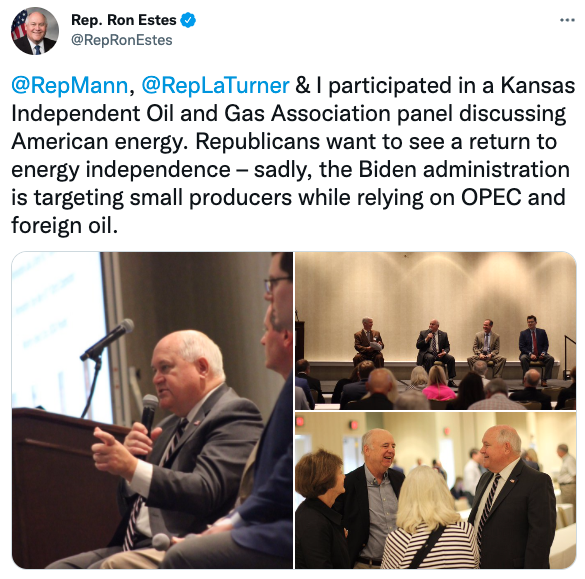 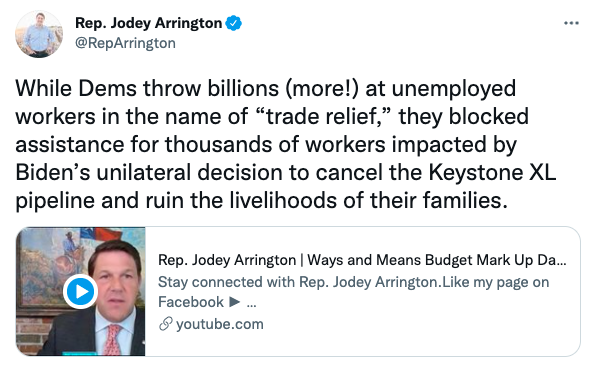