The HEAT Report is a weekly newsletter focusing on how members of the House Energy Action Team (HEAT) promote American energy security, and an all-of-the-above energy economy.
The Latest: This morning, the Biden Administration announced that it will release 50 million barrels of oil from the Strategic Petroleum Reserve in an effort to curb skyrocketing gas prices across America, which are the direct result of President Biden’s anti-American energy policies. This announcement is nothing more than a political gimmick to distract from the Administration’s disastrous Green New Deal agenda that has led us into this energy mess.Last week, Congressional Democrats rammed through their radical multi-trillion-dollar tax-and-spending spree at a time when hardworking families are struggling to pay for gas at the pump, meat and milk at the grocery store, and the soaring cost of utility bills to heat and cool their homes. Even before Friday’s reckless vote to push Democrats’ unpopular and irresponsible policies, the Congressional Budget Office estimated that the provisions from the Energy and Commerce Committee alone, not including other committees, in this big-government, socialist spending spree will add $281 billion to the deficit, not including other committees.Also embedded in this deficit-laden bill is a natural gas tax that will increase household energy costs by 30 percent, which will hit low-income families the hardest. If this natural gas tax goes into effect, utility bills will skyrocket just as winter approaches. Natural gas is already at a seven-year high this year, and inflation reached its highest point in 13 years.  Meanwhile, as the Biden Administration makes flailing attempts to control costs, it is continuing an all-out assault on American energy independence by pushing $550 billion toward a Green New Deal-style remake of our economy while crippling American energy production and jobs. Biden is completely comfortable allowing Russia to complete the Nord Stream 2 pipeline and begging Vladimir Putin and OPEC to produce oil for us, yet he won’t approve new pipeline construction in the U.S. or expand U.S. oil and gas production. For Americans, this means decreased energy security, higher household energy costs, and the loss of thousands of well-paying American jobs.Republicans are committed to stopping this madness, restoring American dominance, and saving hardworking families the crippling inflation they will experience from this dumpster fire.This Week’s HEAT Member Highlights:House Republican Whip Steve Scalise (R-La.) praised the success of last week’s energy lease sale in the Gulf of Mexico, proving there is strong interest and vast potential for continued offshore exploration and development despite the Biden Administration’s failed attempt to ban oil and gas leasing on federal lands and waters. 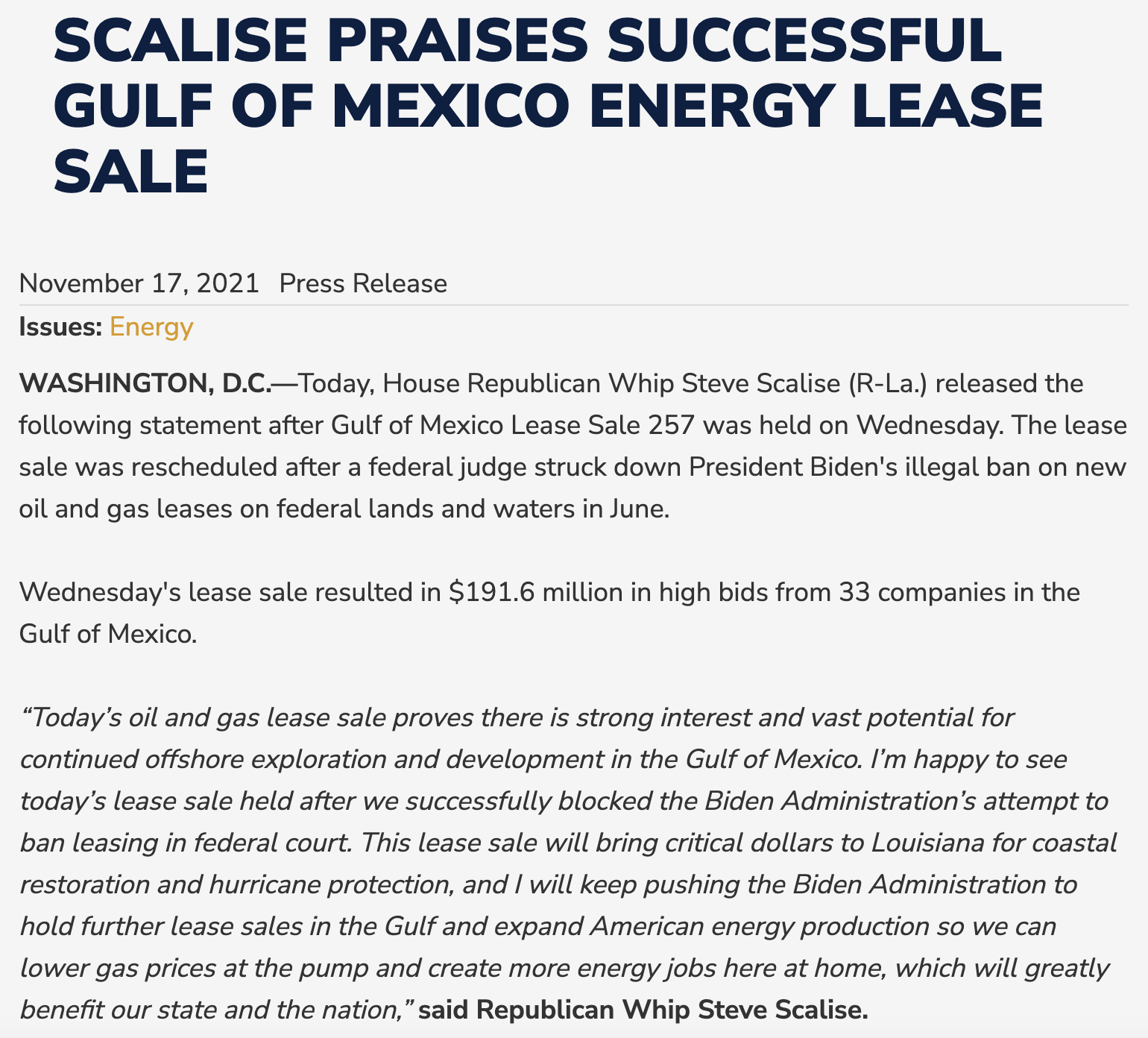 HEAT Co-Chair Rep. Jeff Duncan (R-S.C.) shared on social media his remarks at the Energy and Commerce Committee’s hearing on supply chain solutions and clean energy. He discussed how letting American innovation lead the way is the best way to pursue clean energy technologies and ensure Americans always have access to affordable and reliable energy. 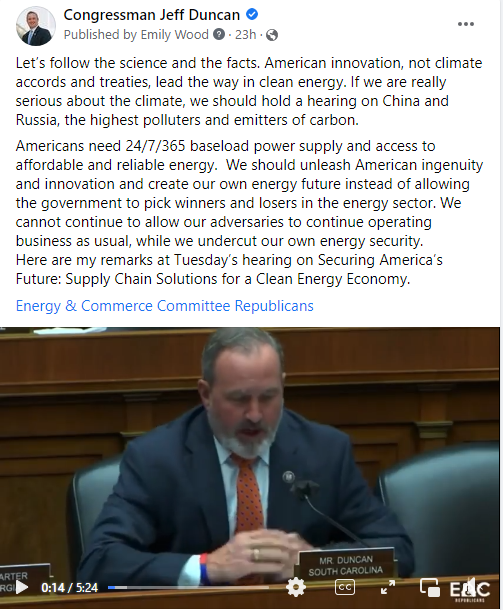 HEAT Co-Chair Rep. Markwayne Mullin (R-Okla.) highlighted the role nuclear power plays in reducing carbon emissions during a joint Energy and Commerce Subcommittee on Environment and Climate Change and Subcommittee on Energy hearing. Representative Mullin questioned the ability of the United States to achieve net zero emissions in our electricity production without both nuclear power and natural gas being part of the portfolio. 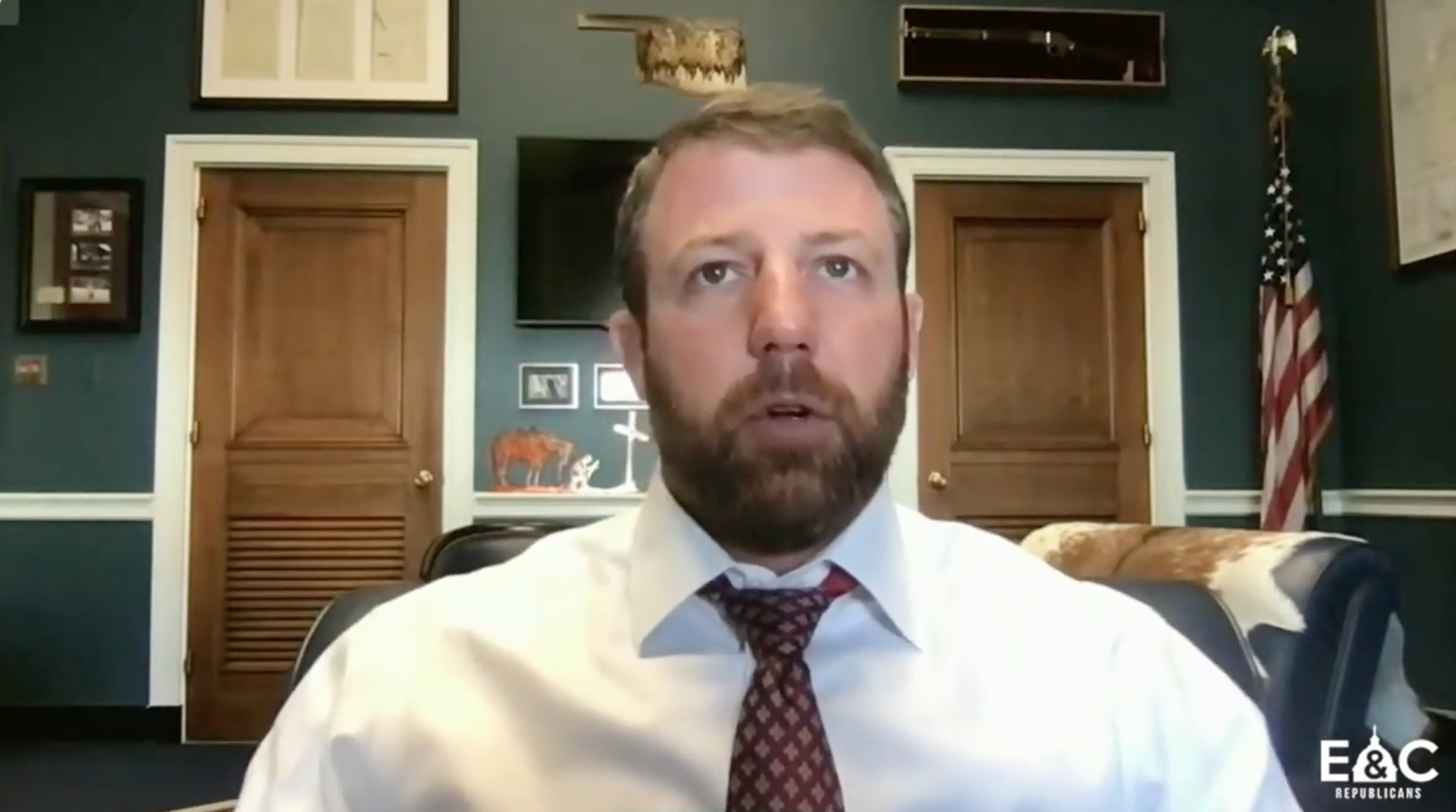 Western Caucus Chairman Dan Newhouse (R-Wash) penned an op-ed in the Washington Examiner on the importance of drilling and mining to sustain future American energy dominance. Representative Newhouse also wrote an op-ed for the Seattle Timeson the benefits of nuclear energy innovation as the U.S. pursues clean-energy technologies. 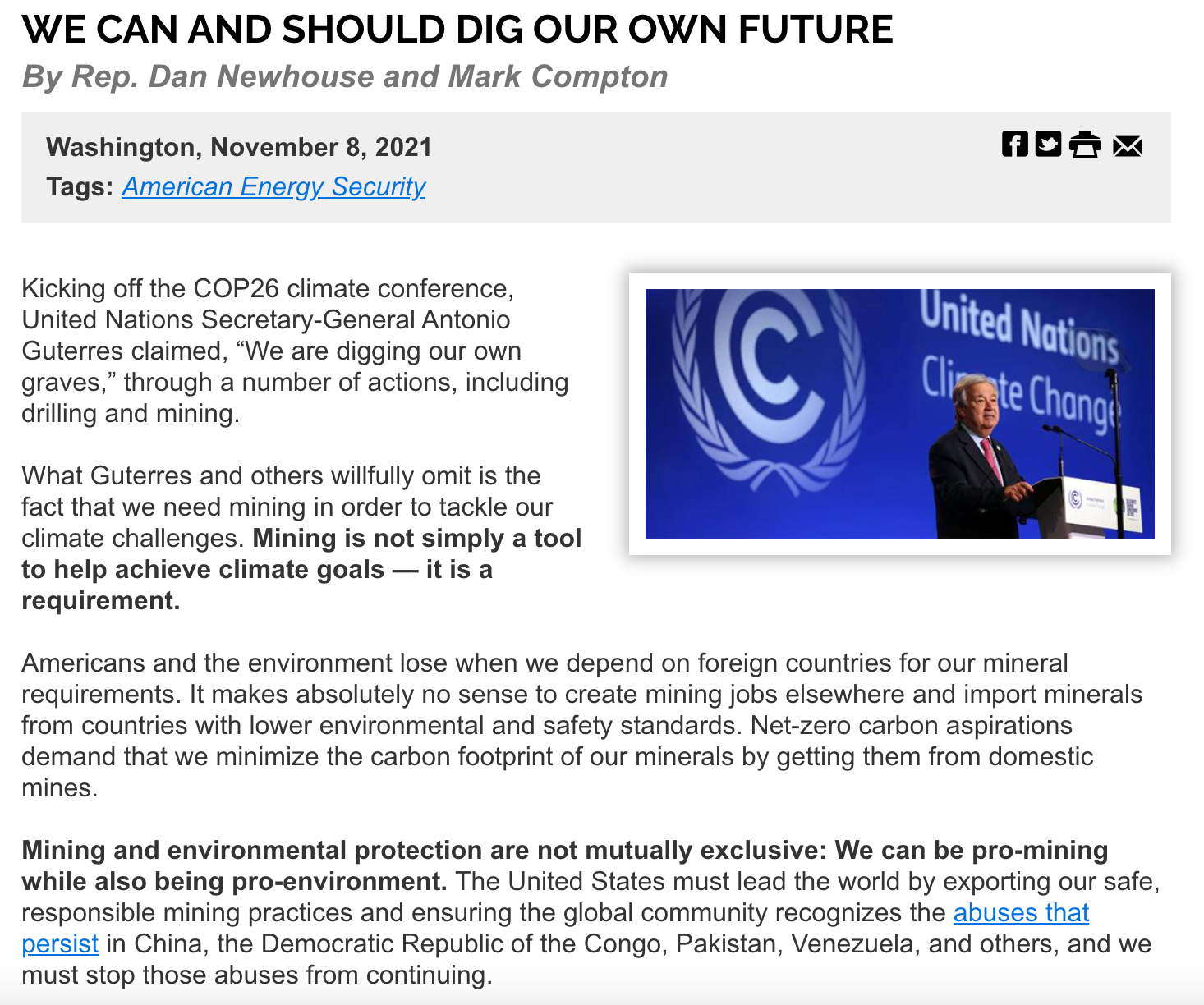 Representative Jodey Arrington (R-Texas) introduced the “Science-Based Emissions Standards Act of 2021,” legislation to protect small and independent producers from onerous and arbitrary regulations from the Biden Administration. The bill would slow down a rushed process and ensure the best and most current data available is considered when developing methane regulations that have a major impact on American energy. 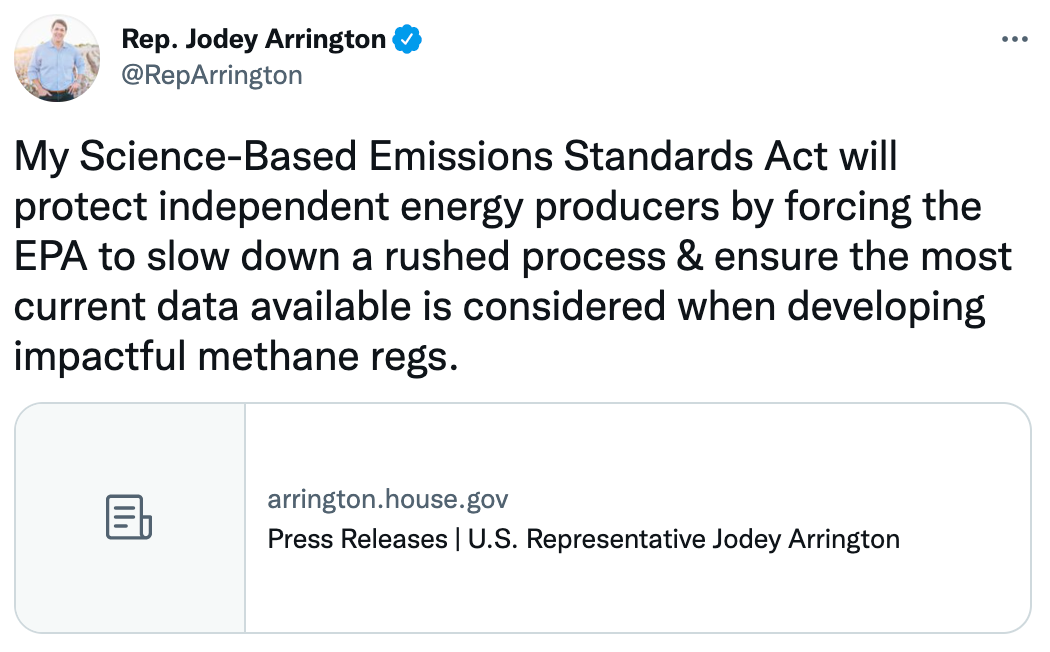 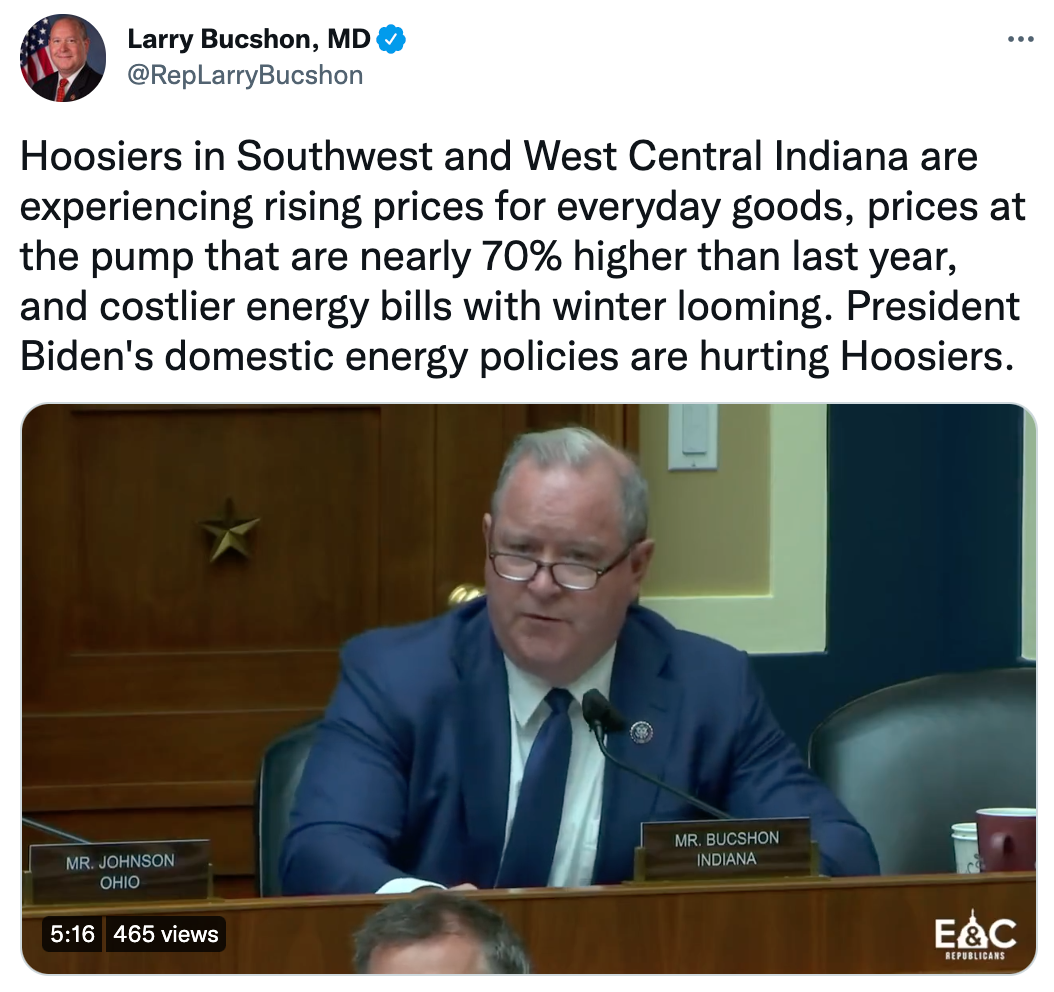 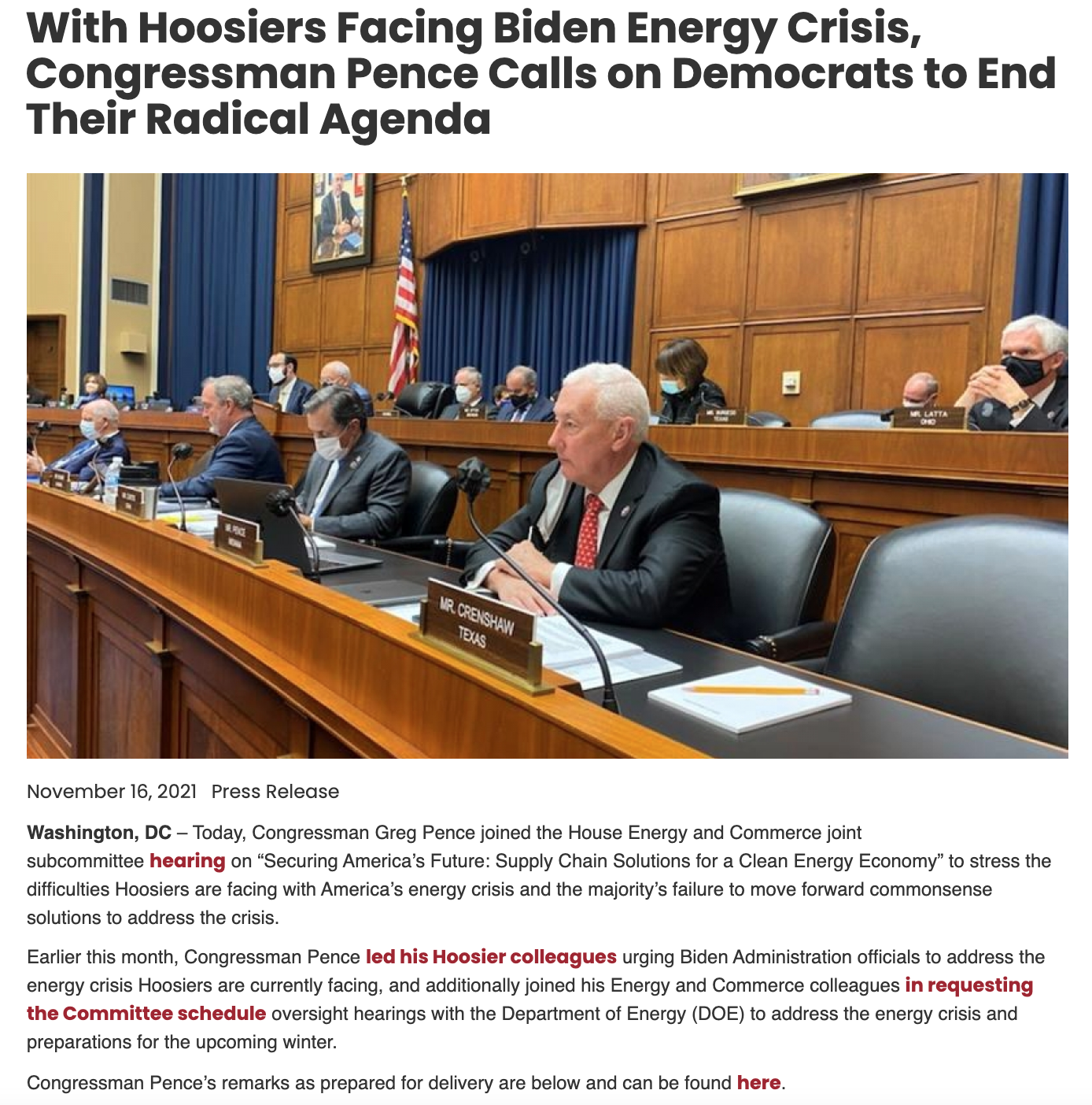 In a joint Energy and Commerce hearing of the Subcommittee on Environment and Climate Change and the Subcommittee on Energy, Ranking Member David McKinley, P.E. (R-W. Va.) addressed Democrats’ ambitious clean energy goals, despite not wanting to procure the necessary critical minerals from our own backyard. 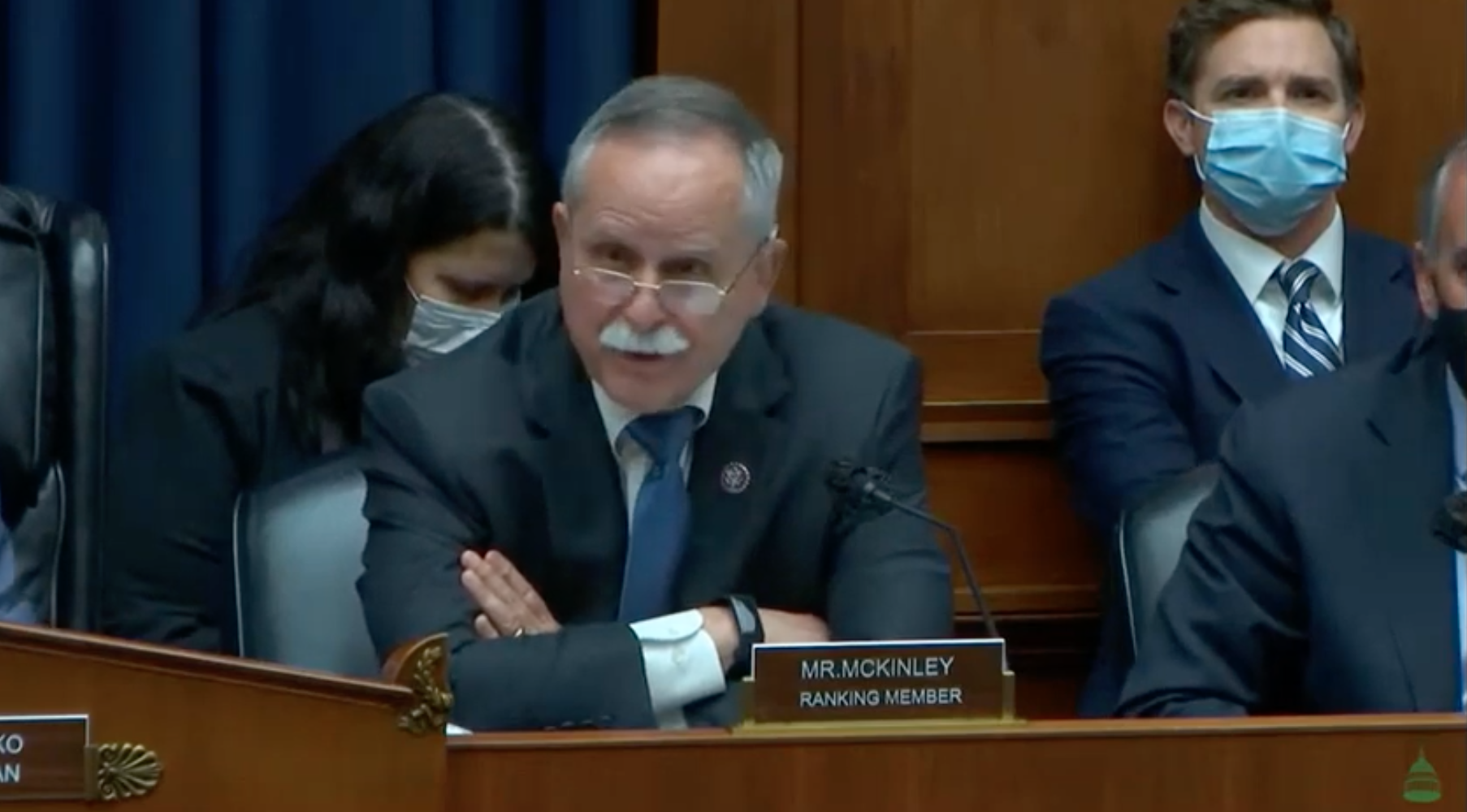 Representative Bill Johnson (R-Ohio) joined his colleagues on the House Floor to highlight how President Biden’s #BuildBackBroke agenda is about exerting more government control over the lives of every American. 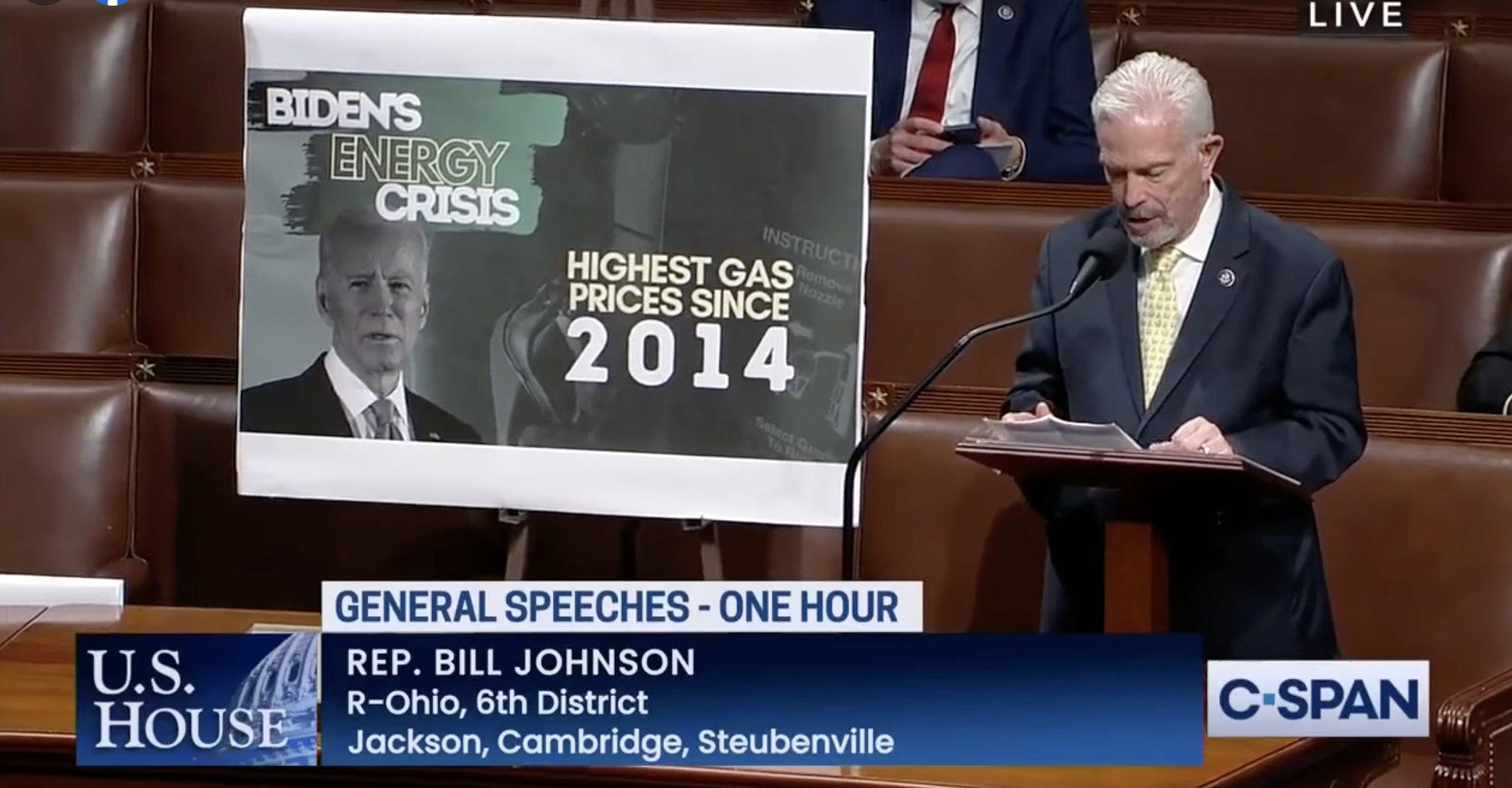 Representative Pete Stauber (R-Minn.) questioned a lead attorney at the Department of the Interior over its decision to ban mining in northern Minnesota. 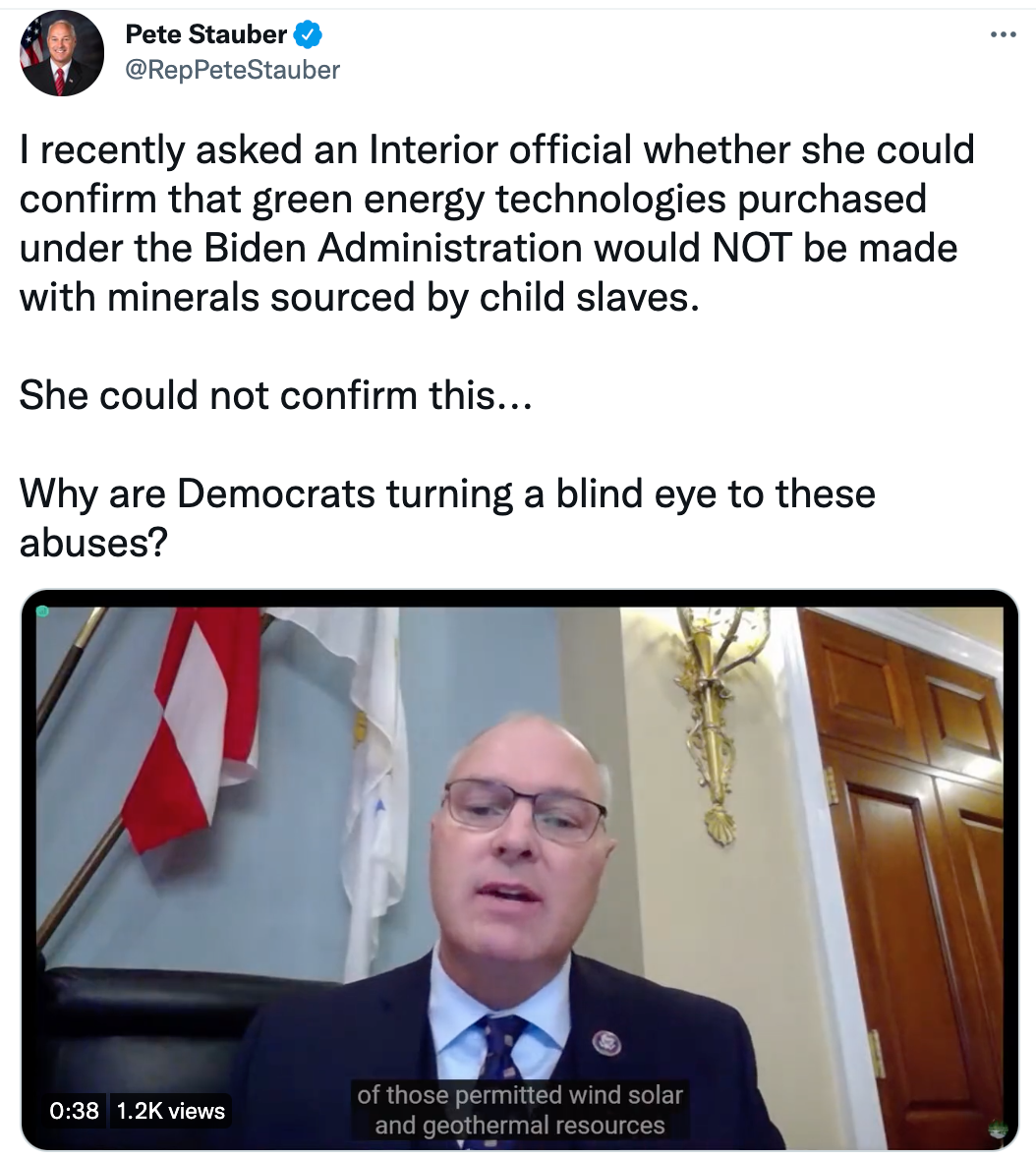 Representative Bob Latta (R-Ohio) hosted a roundtable with members of the propane and natural gas industry from Ohio for a discussion to examine the current challenges facing the home heating industry. 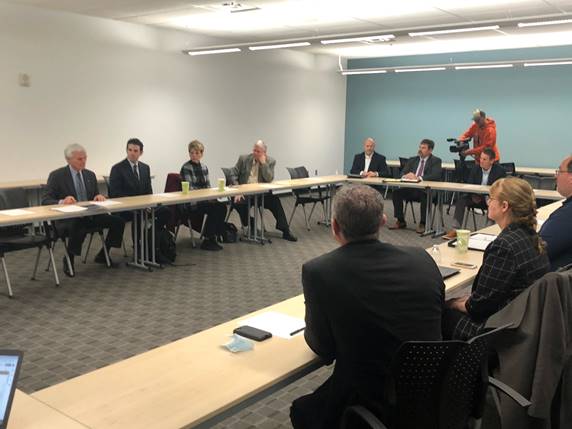 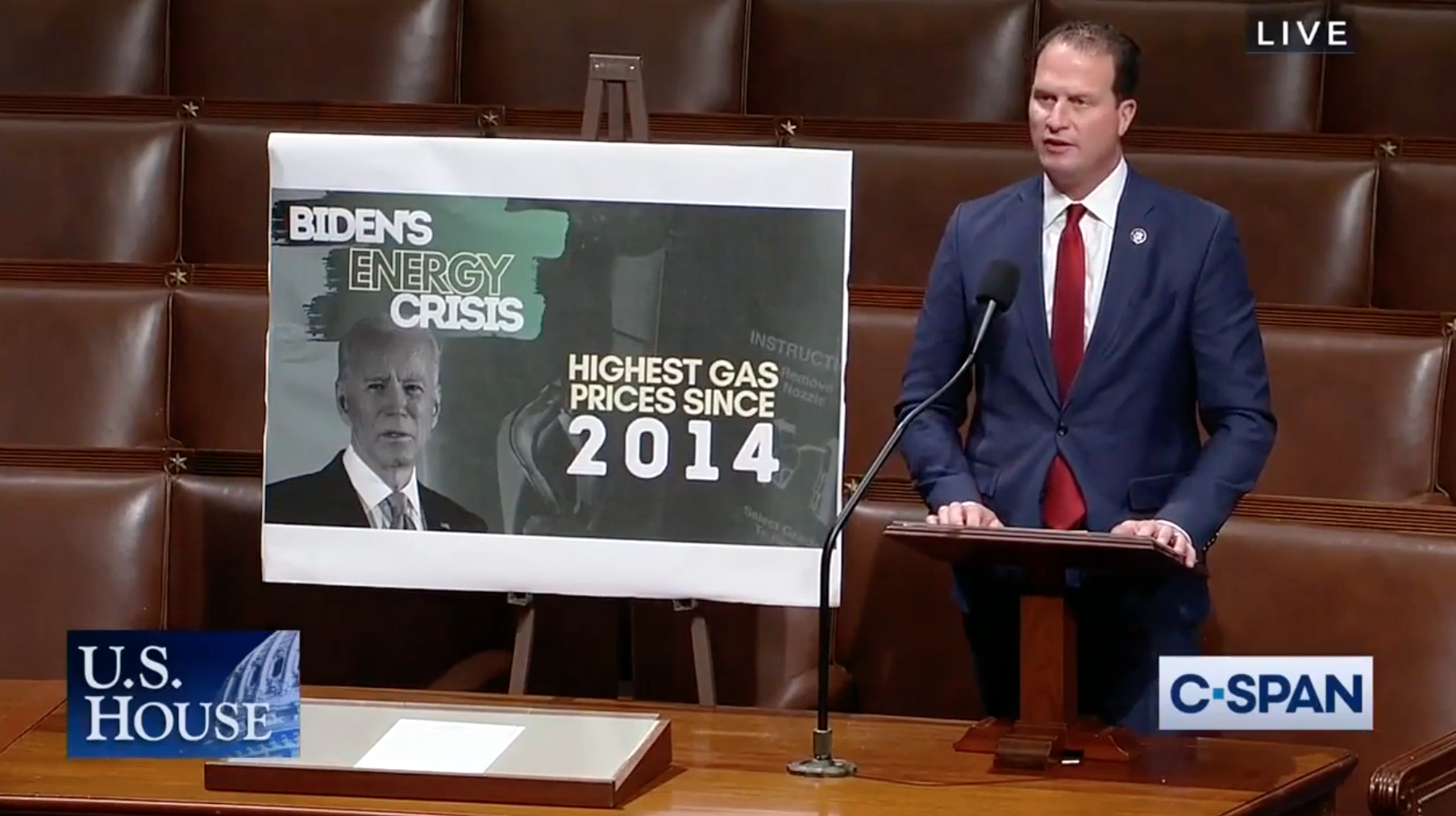 Headlines:
The Response on Social Media:House Republican Whip Steve Scalise (R-La.) called out Congressional Democrats for ramming through a multi-trillion-dollar tax-and-spending spree that will increase inflation and cause the prices of everyday household goods to skyrocket. 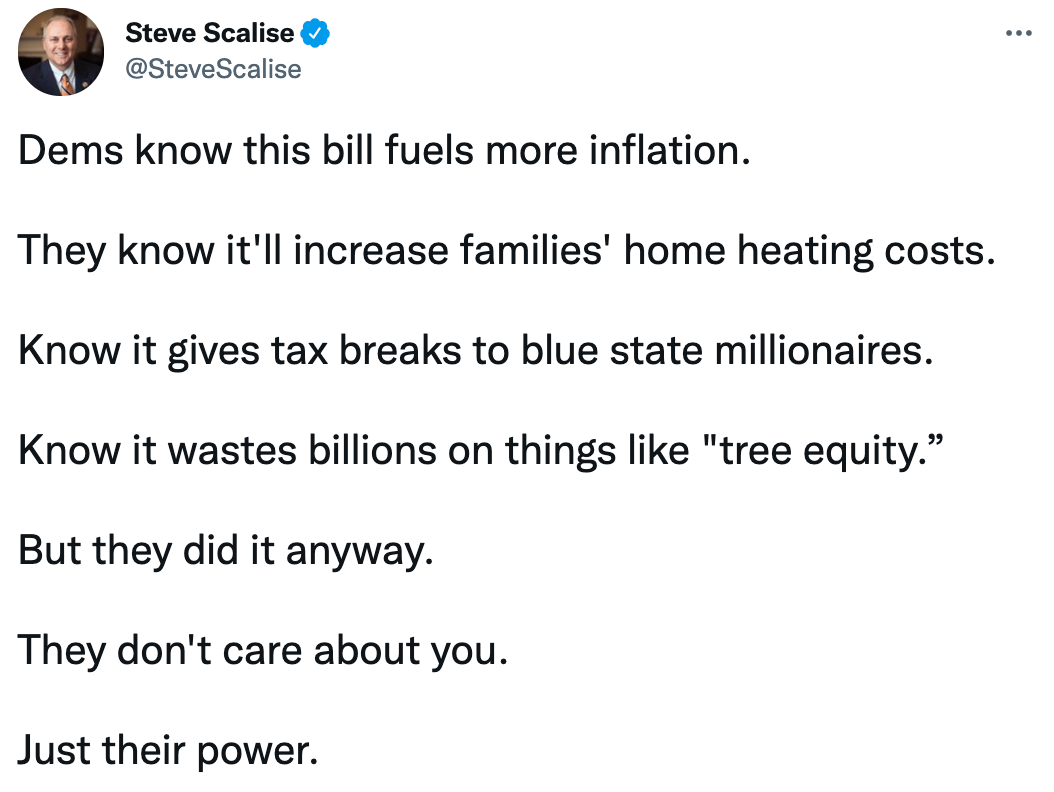 HEAT Co-Chair Rep. Jeff Duncan (R-S.C.) blasted President Biden’s spending spree that will spend $80 billion to shut down American energy and adds $281 billion to the deficit in the Energy and Commerce provisions alone.

Representative Bill Johnson (R-Ohio) slammed White House Chief of Staff Ron Klain for claiming that Americans are better off than they were a year ago. 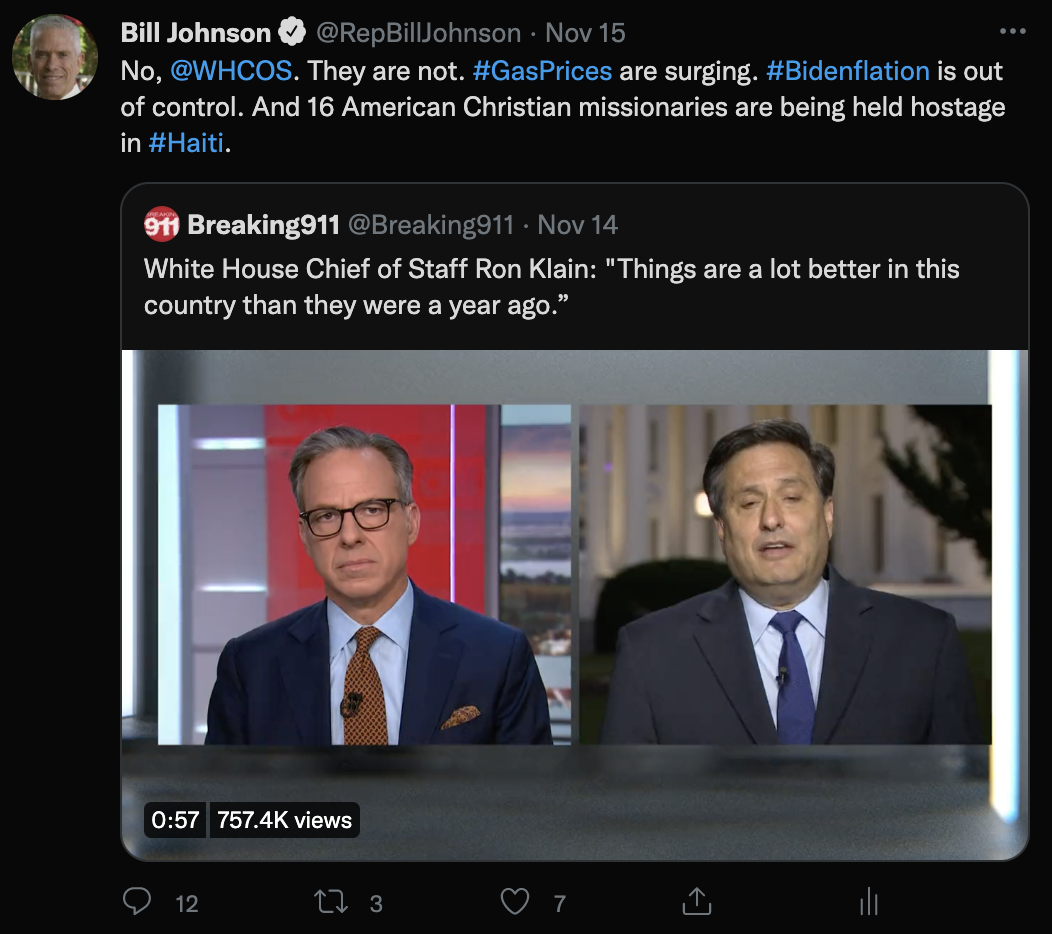 Representative Debbie Lesko (R-Ariz.) responded to the climate goals set by the COP26, in that despite any climate goals set by the rest of the world, China will continue to produce coal as long as it make economic sense for the CCP. Representative Lesko also criticized President Biden for launching a war against American energy independence and domestic production and House Democrats for proposing more job-killing energy taxes that will only make rising energy costs worse. 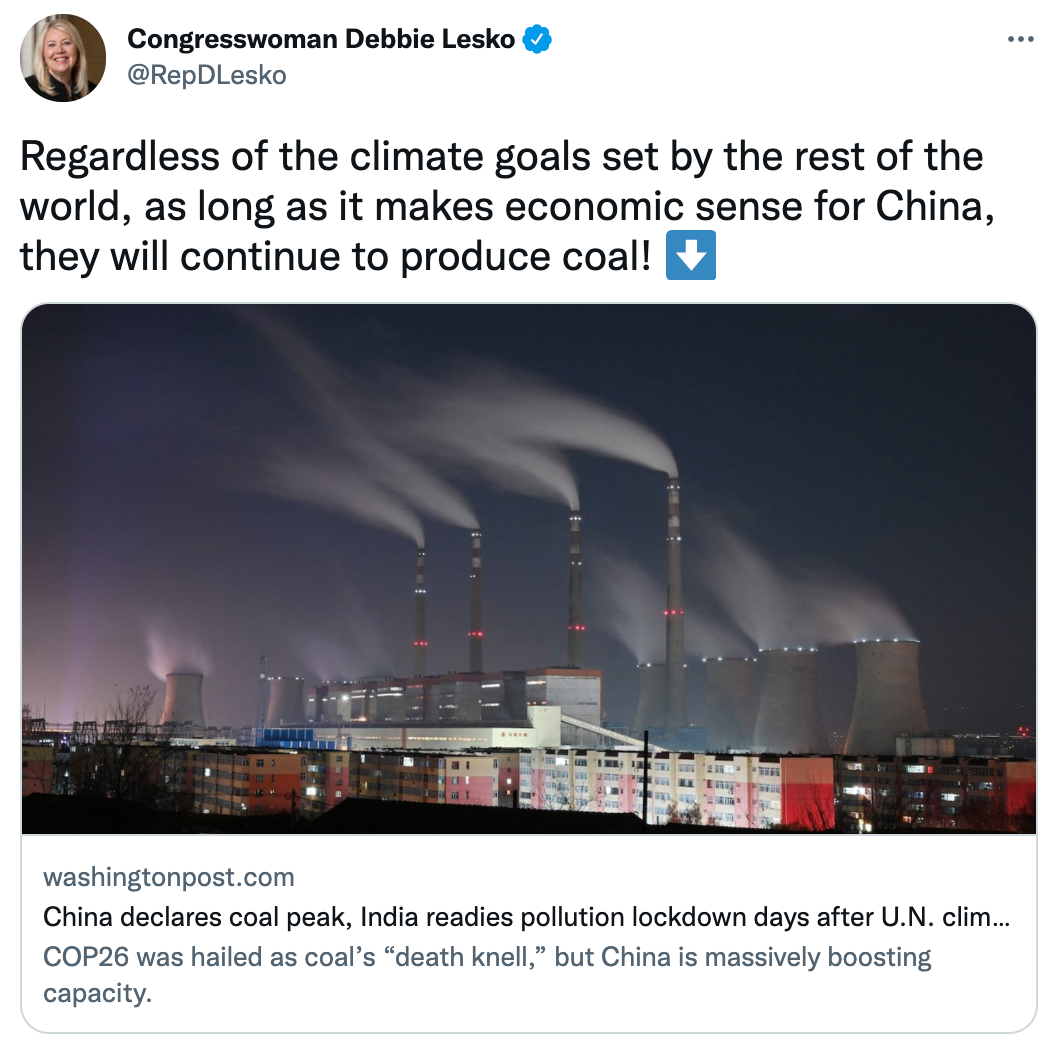 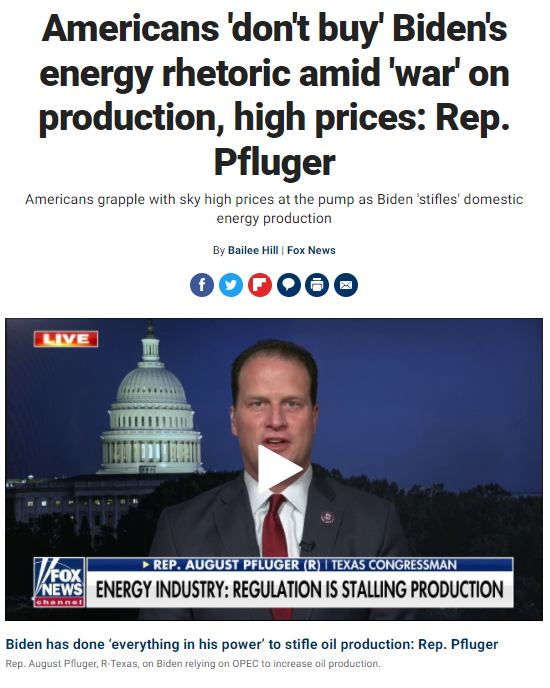