Last week, Democrats advanced their partisan COVID-relief package without any meaningful attempts to engage Republicans. Nine of the twelve committees that received reconciliation instructions held hybrid markups where Republicans offered thoughtful amendments primarily focused on providing targeted assistance to ensure it goes to the people who need it most.

Meanwhile, an unprecedented winter storm has left millions without power across the South as they face the coldest temperatures in decades. In Texas alone, more than 4 million customers still had no electricity Tuesday morning. Customers are facing rolling blackouts and life-threatening conditions due to yet another rare event – a multi-day, state-wide winter freeze in Texas—that will continue to inhibit energy supply this week. Even natural gas and coal, which historically are expected to provide the vast majority of power to the state, were unable to live up to the significant demands due to cold weather and scheduled maintenance that took plants offline.

This placed the spotlight on another problem – Texas’s increasing reliance on windmills to generate electricity has shown that when renewables cannot reliably produce the small amount of energy that they’re expected to, households across the country suffer. Unfortunately, what has happened in Texas offers a prelude to the radical energy agenda that President Biden supports, including top-down government mandates and an abandonment of a low-cost, reliable, market-driven energy economy. Instead, President Biden must work with Republicans to develop an all-of-the-above energy strategy that keeps Americans safe.

House Republican Whip Steve Scalise (R-La.) joined Fox Reports with John Roberts and Sandra Smith and highlighted his visit with Southeast Louisiana energy workers whose livelihoods depend on the American energy production that President Biden is threatening to destroy. Whip Scalise emphasized that Congress should be focused on helping these struggling workers—not the impeachment trial of a president who is already out of office. 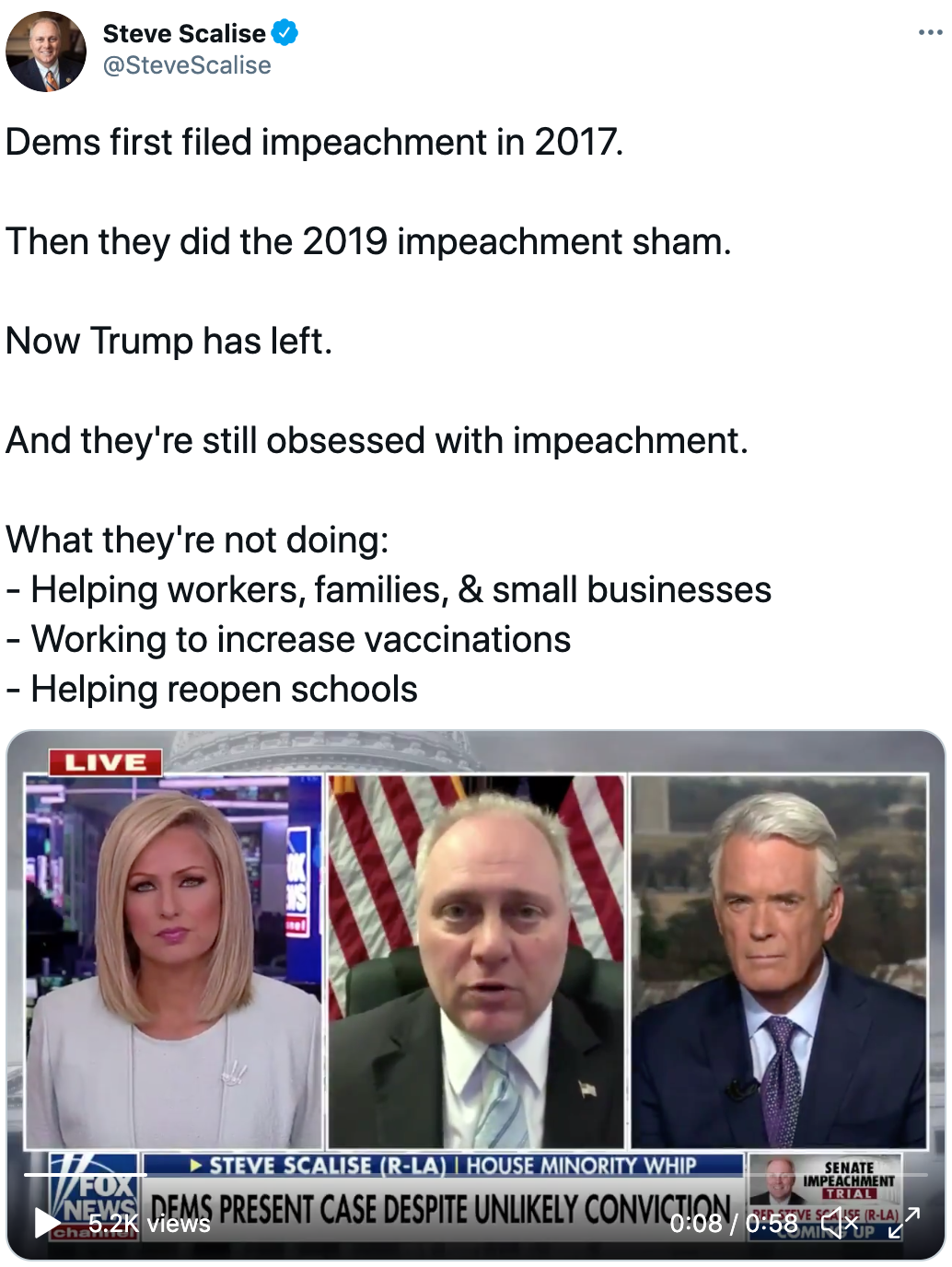 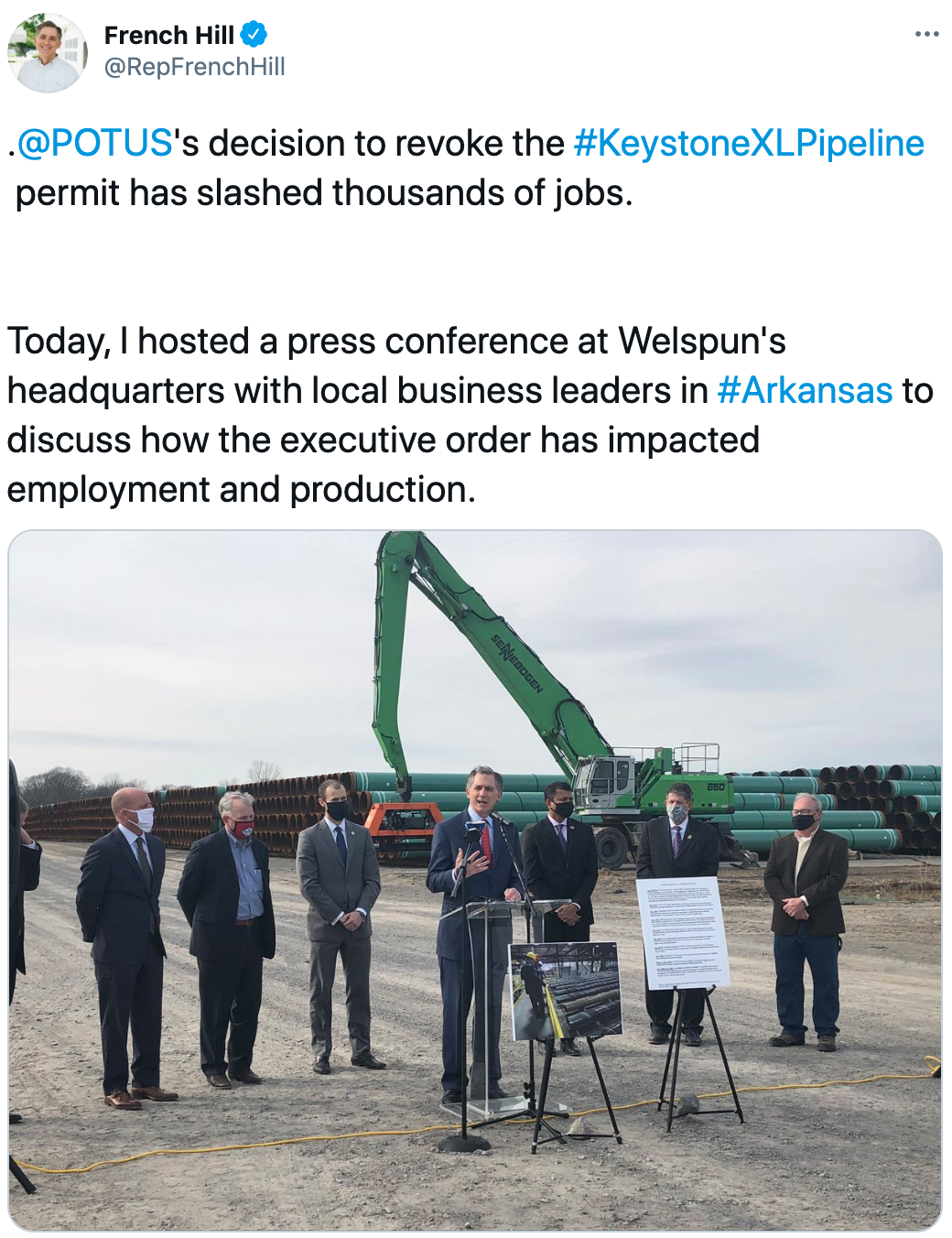 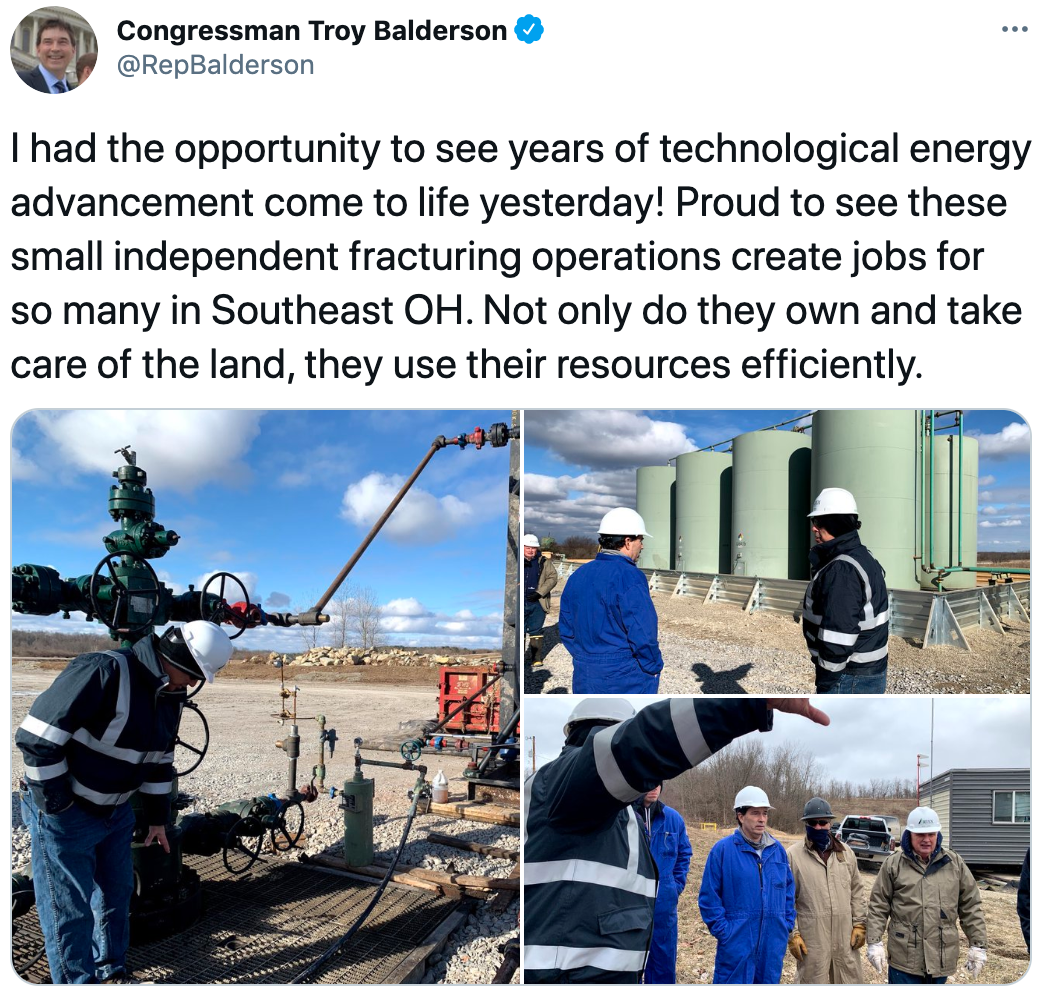 Representative Jeff Duncan (R-S.C.) offered an amendment during the House Energy and Commerce Committee markup on budget reconciliation legislation that would prohibit the Executive branch from issuing a moratorium on hydraulic fracturing to protect American jobs and businesses and keep energy prices low, especially as we seek to recover from the pandemic. 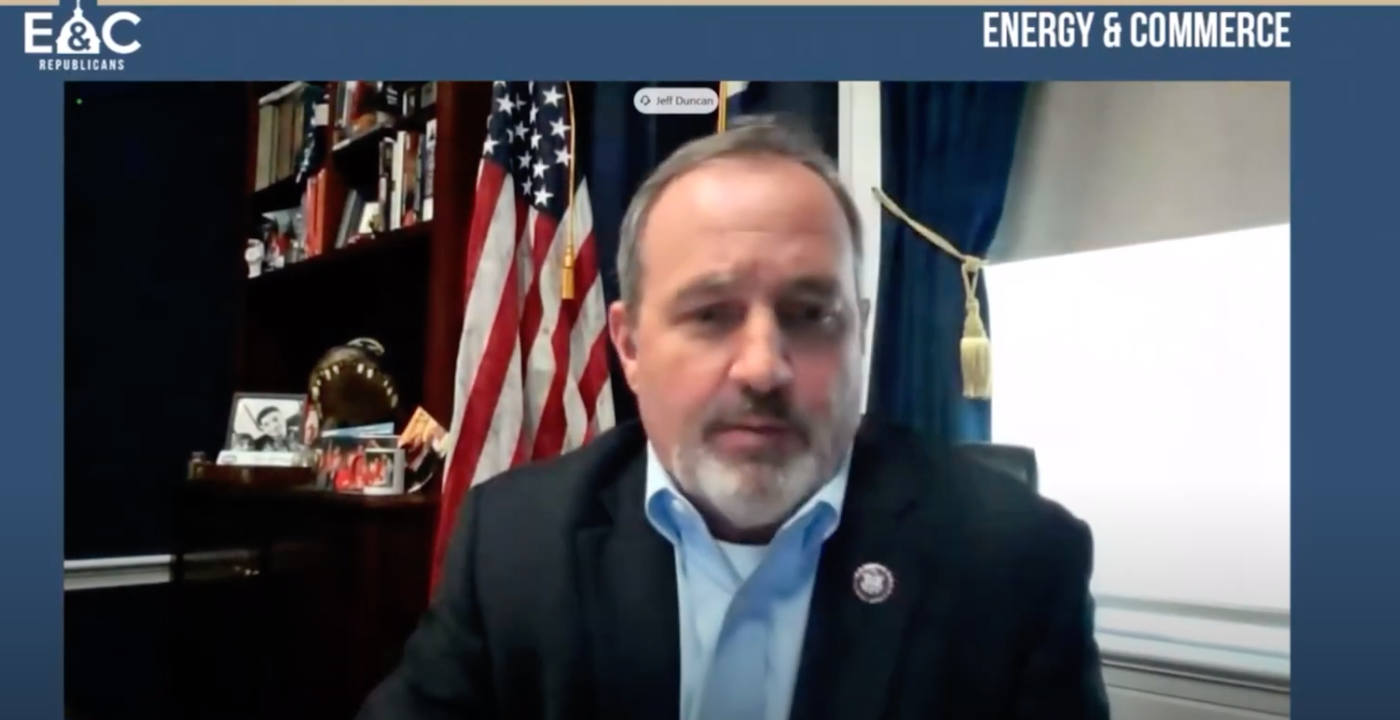 Representative Bill Johnson (R-Ohio) blasted John Kerry for telling unemployed energy workers they would be the ones to “make the solar panels.” 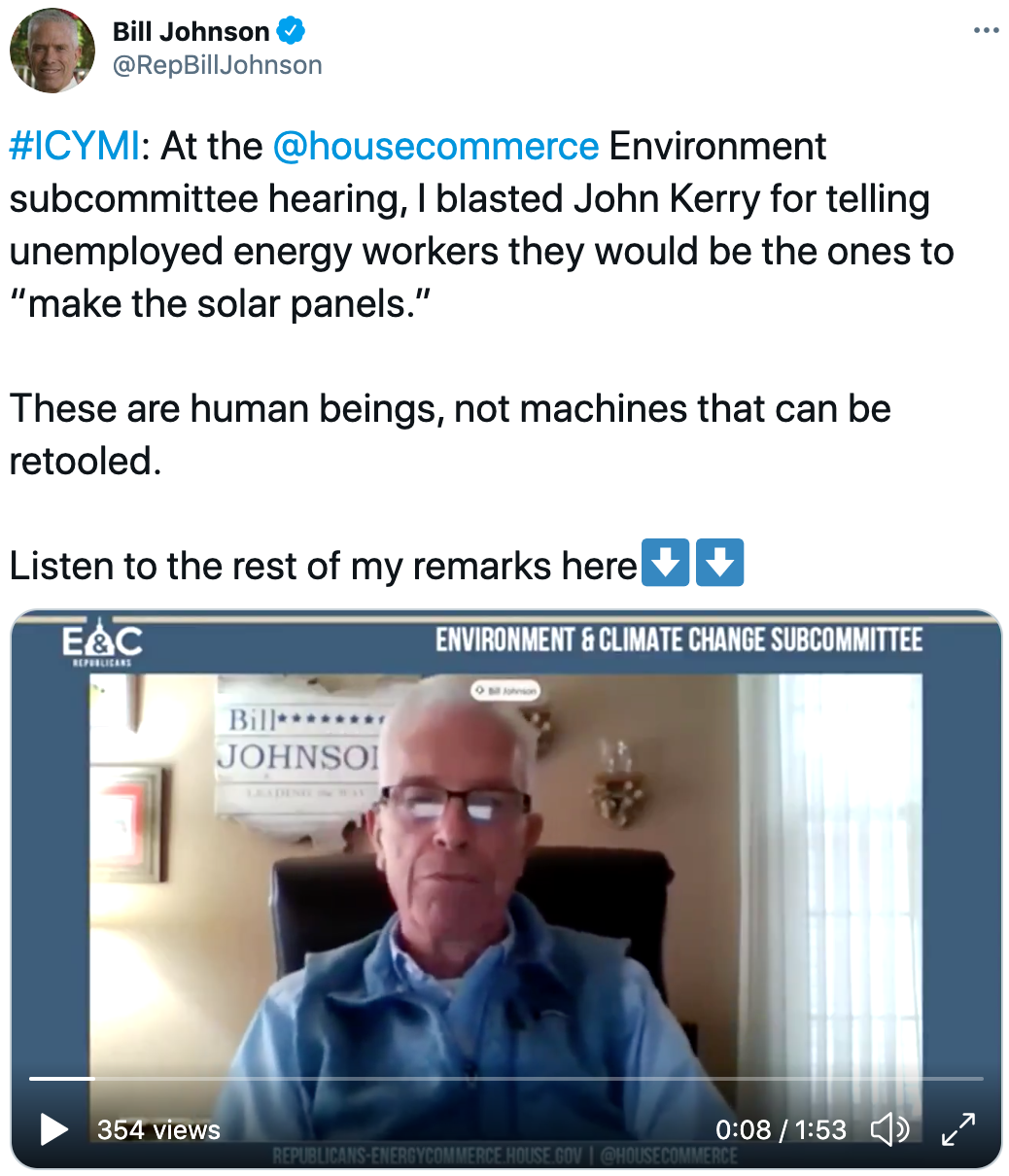 Representative Clay Higgins (R-La.) introduced three amendments during the House Oversight & Reform Committee Budget Reconciliation markup that would prevent COVID relief funds from being used to support the implementation of the Paris Climate Accords, bans on oil and gas exploration, or government entities that have cut law enforcement funding. 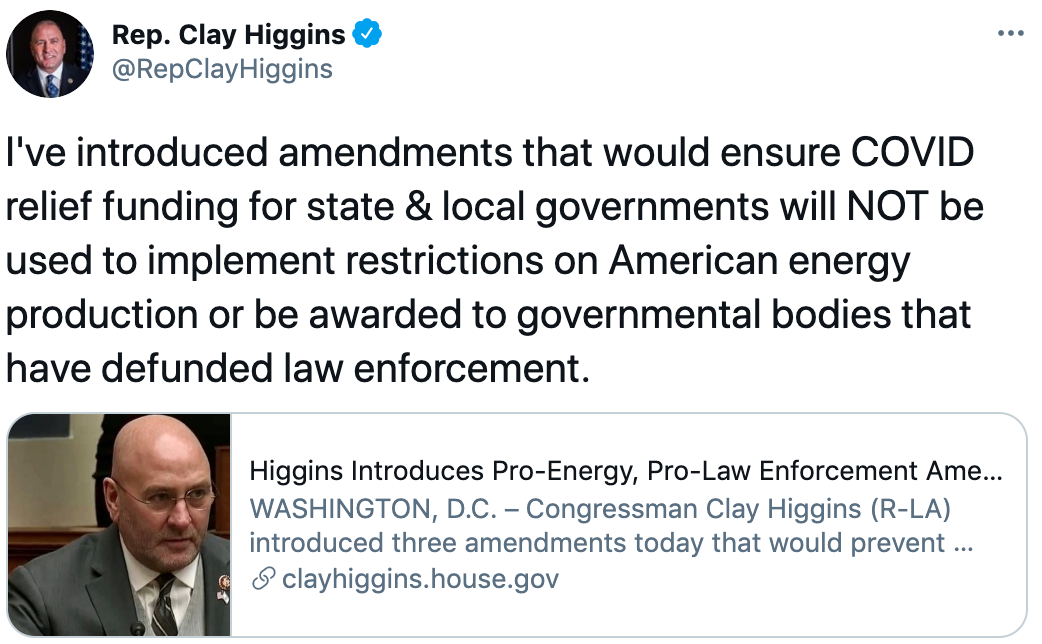 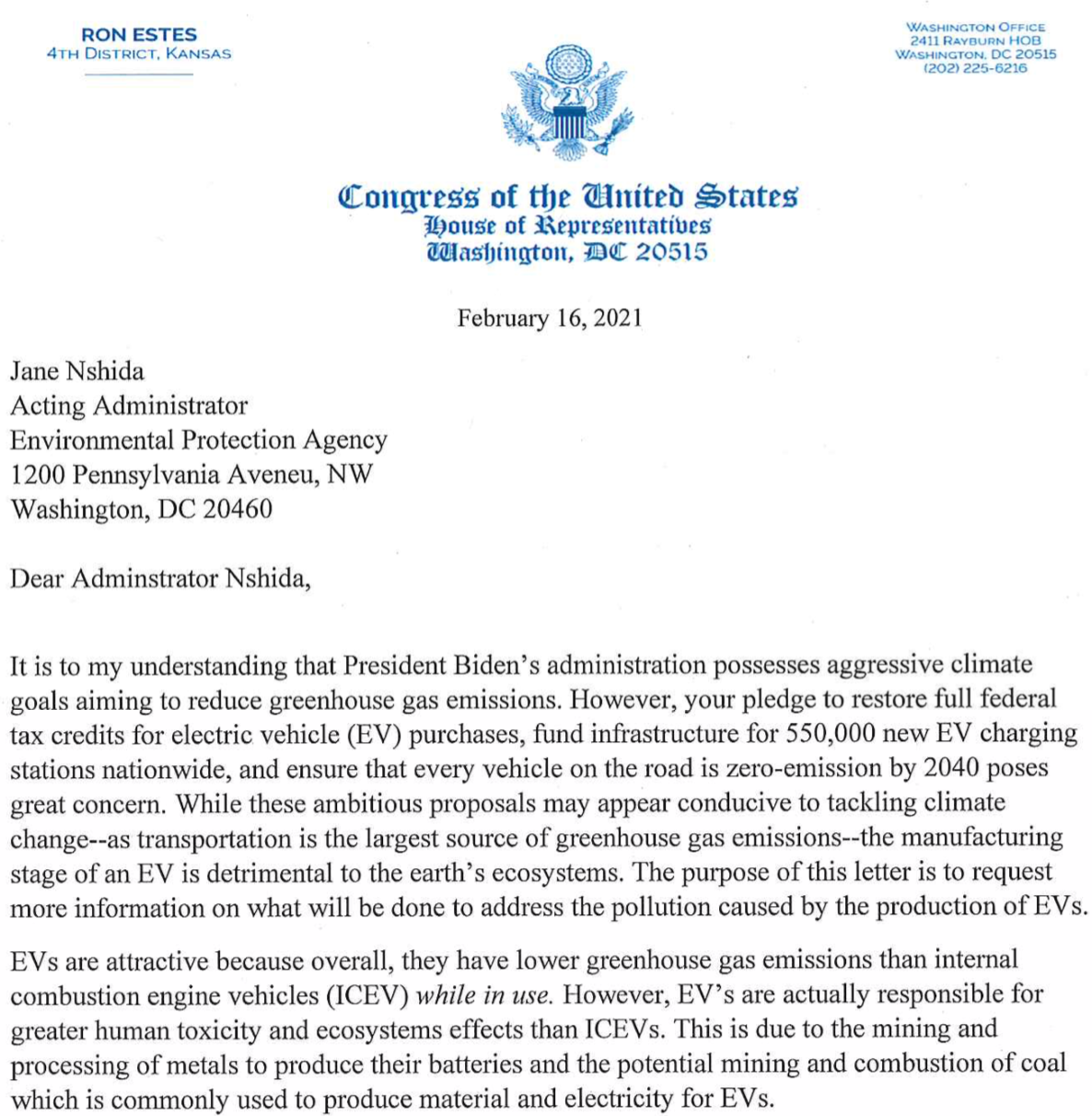 House Republican Whip Steve Scalise (R-La.), Republican Leader Kevin McCarthy (R-CA), Republican Conference Chair Liz Cheney (R-Wyo.), Committee on Natural Resources Ranking Member Bruce Westerman (R-Ark.), and over 100 House Republicans sent a letter to President Biden urging him to rescind his oil and gas leasing moratorium due to the devastating impacts this ill-conceived policy will have on a major sector of our economy while millions of Americans are unemployed due to the COVID-19 crisis. 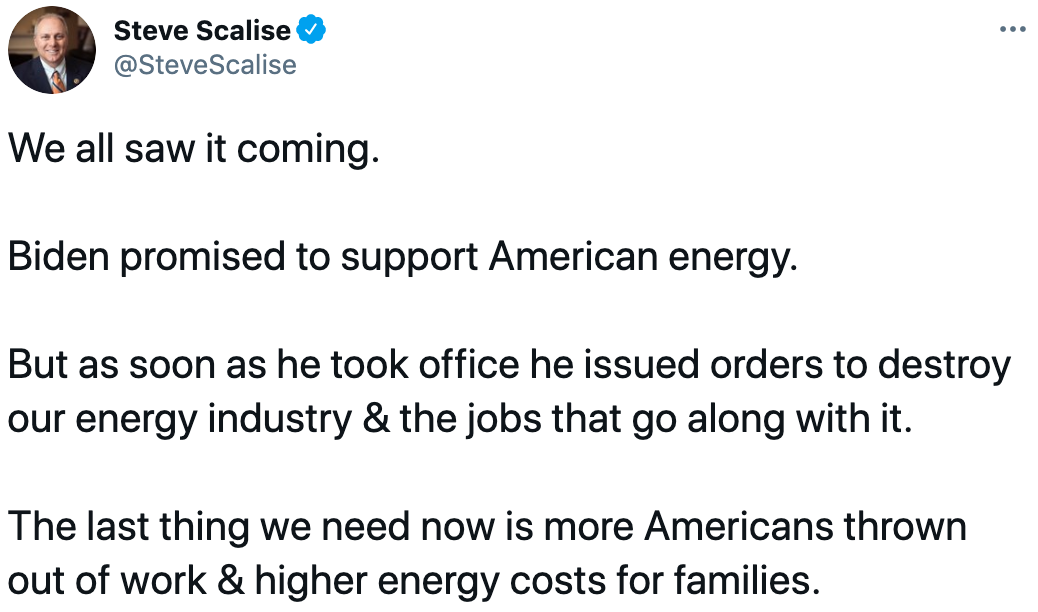 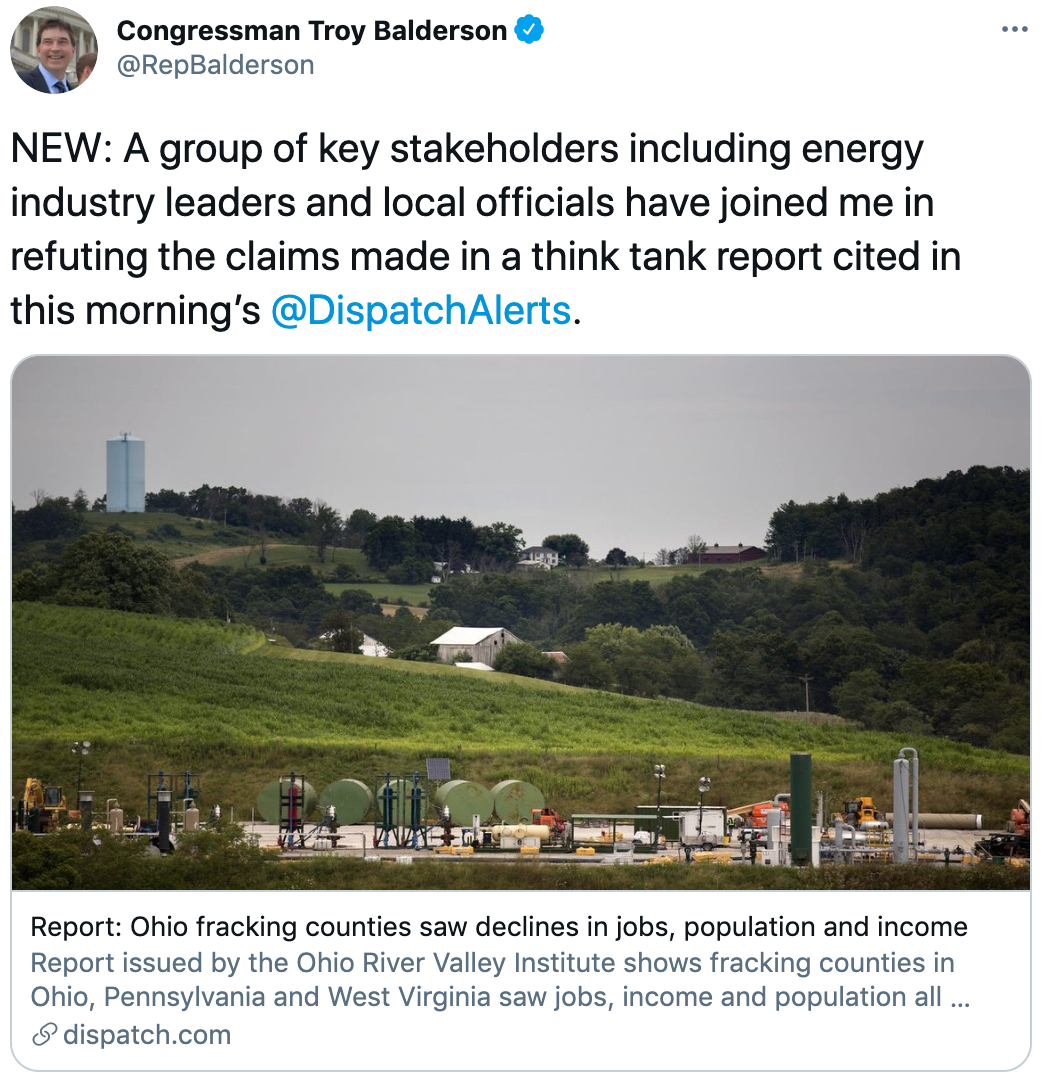 ?Representative Markwayne Mullin (R-Okla.) criticizes the Democrat majority on the House Energy & Commerce Committee for blocking his amendment which would provide mental health support for workers who have lost their jobs due to President Biden’s destructive climate agenda. 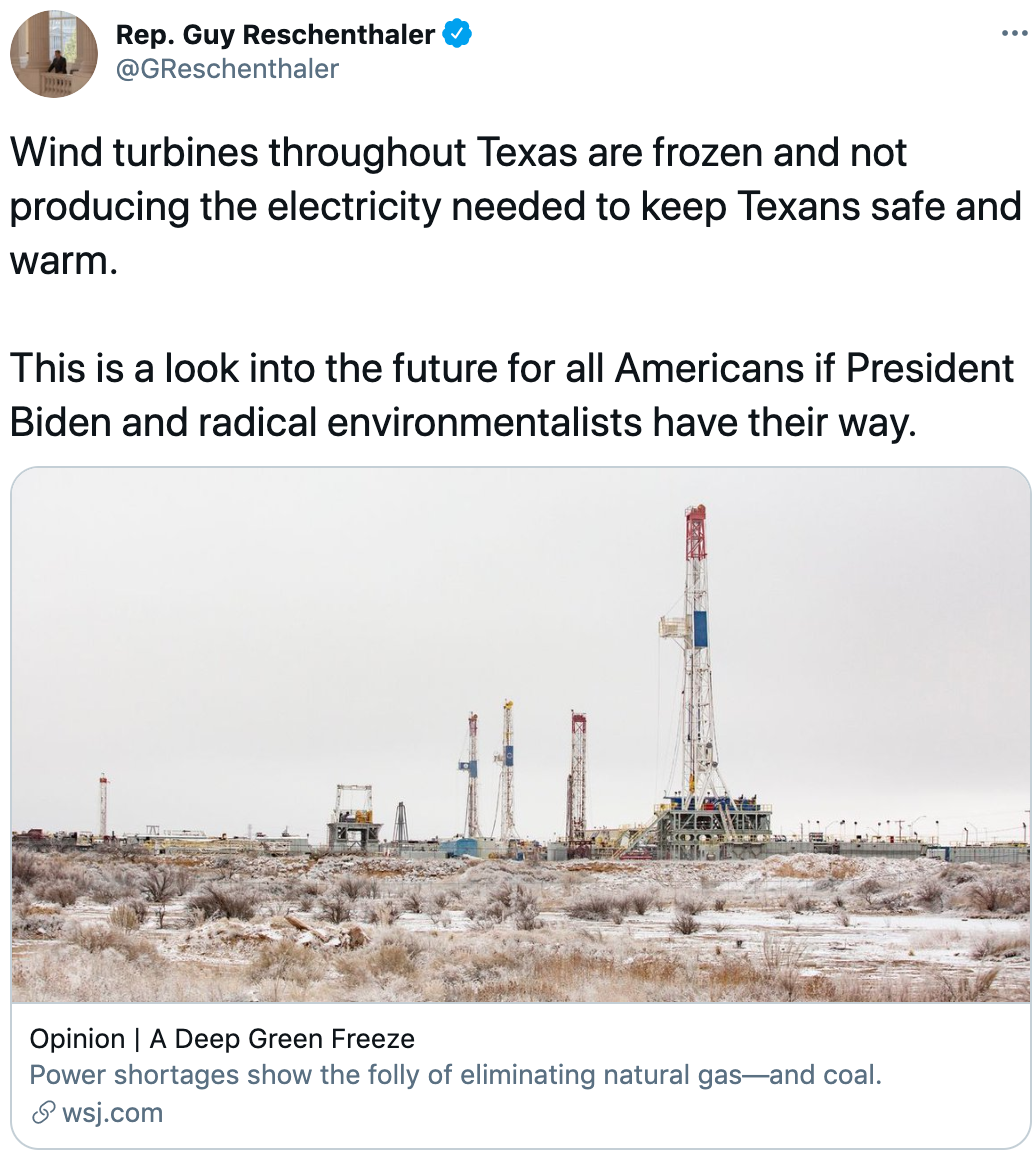 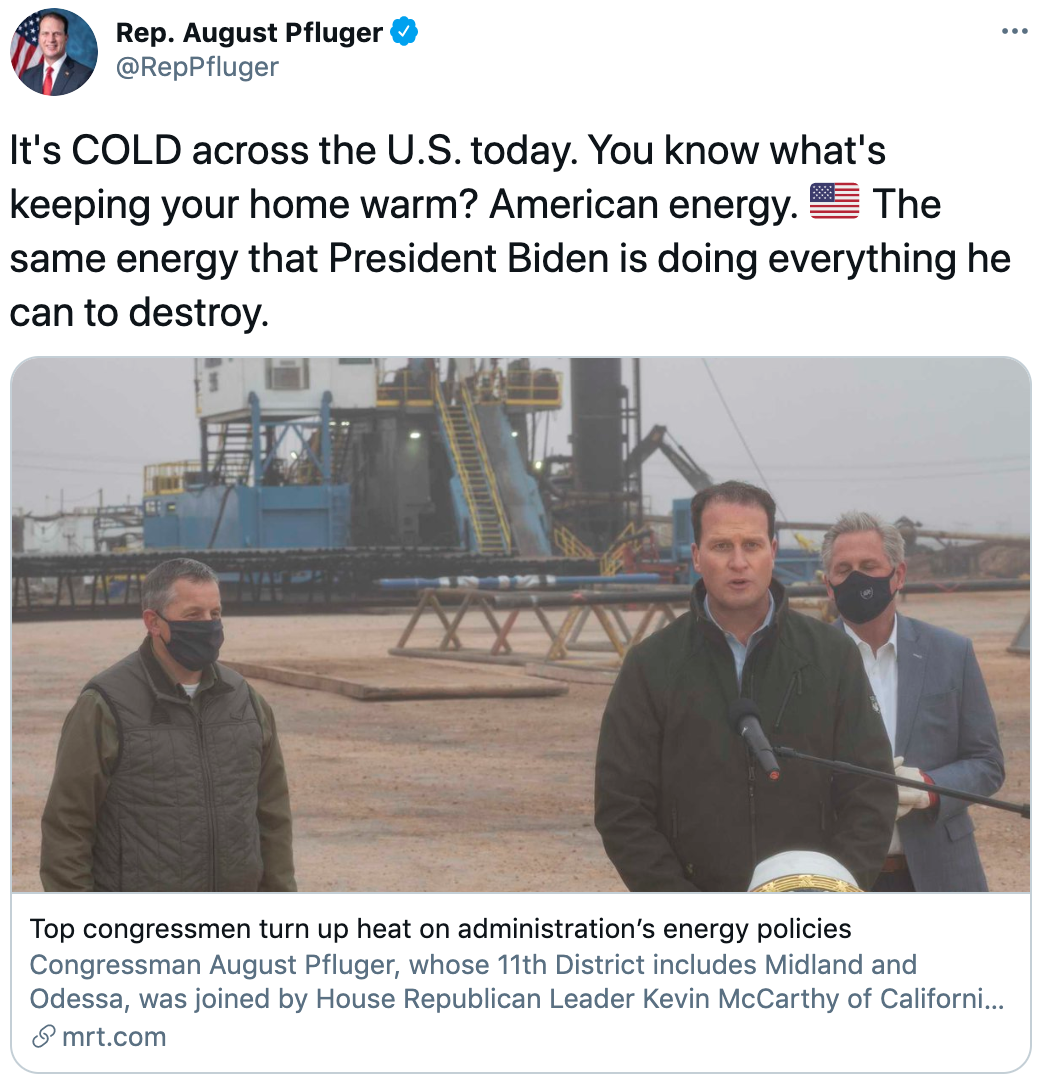 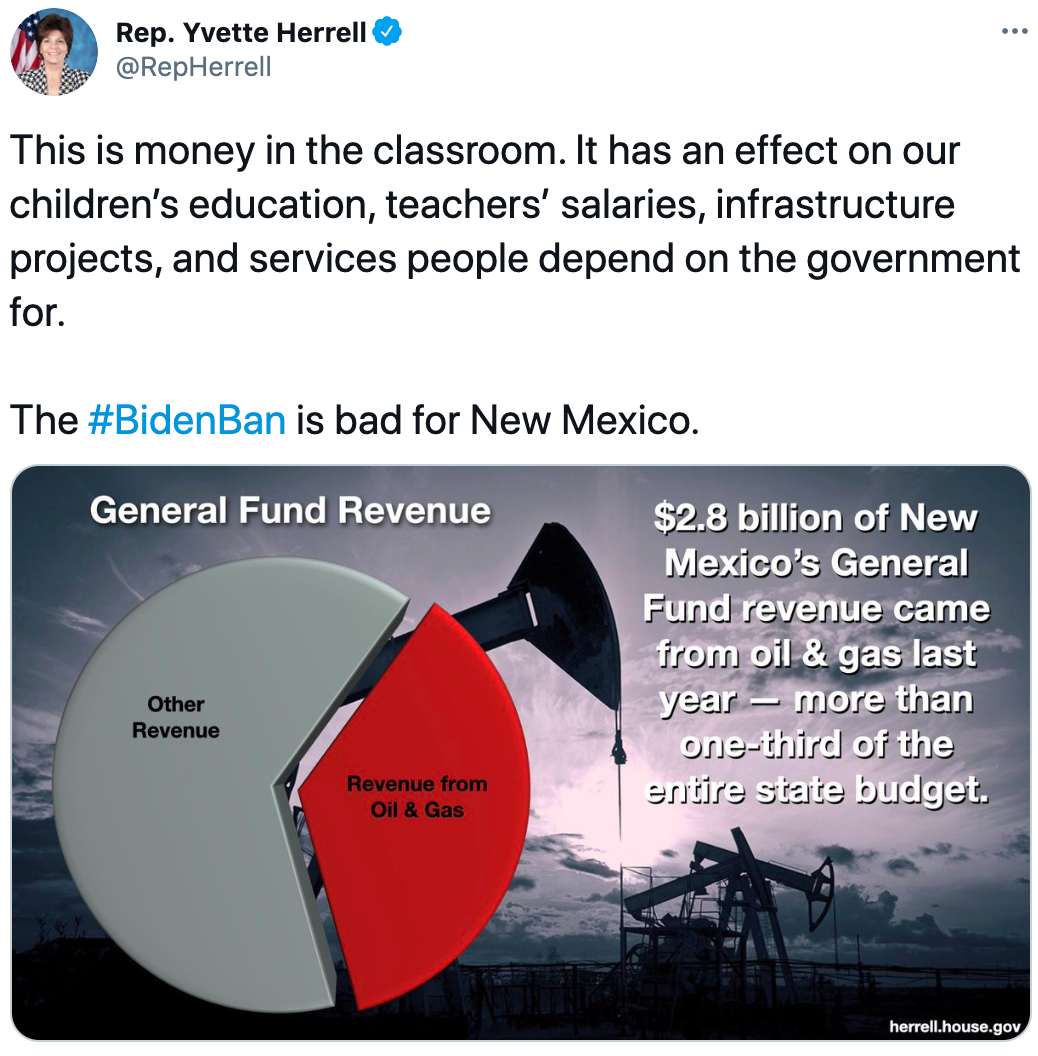 ?Representative Pete Sessions (R-Texas) outlines the consequences President Biden’s policies will have on the thousands of Texas jobs that help supply the world with American energy. 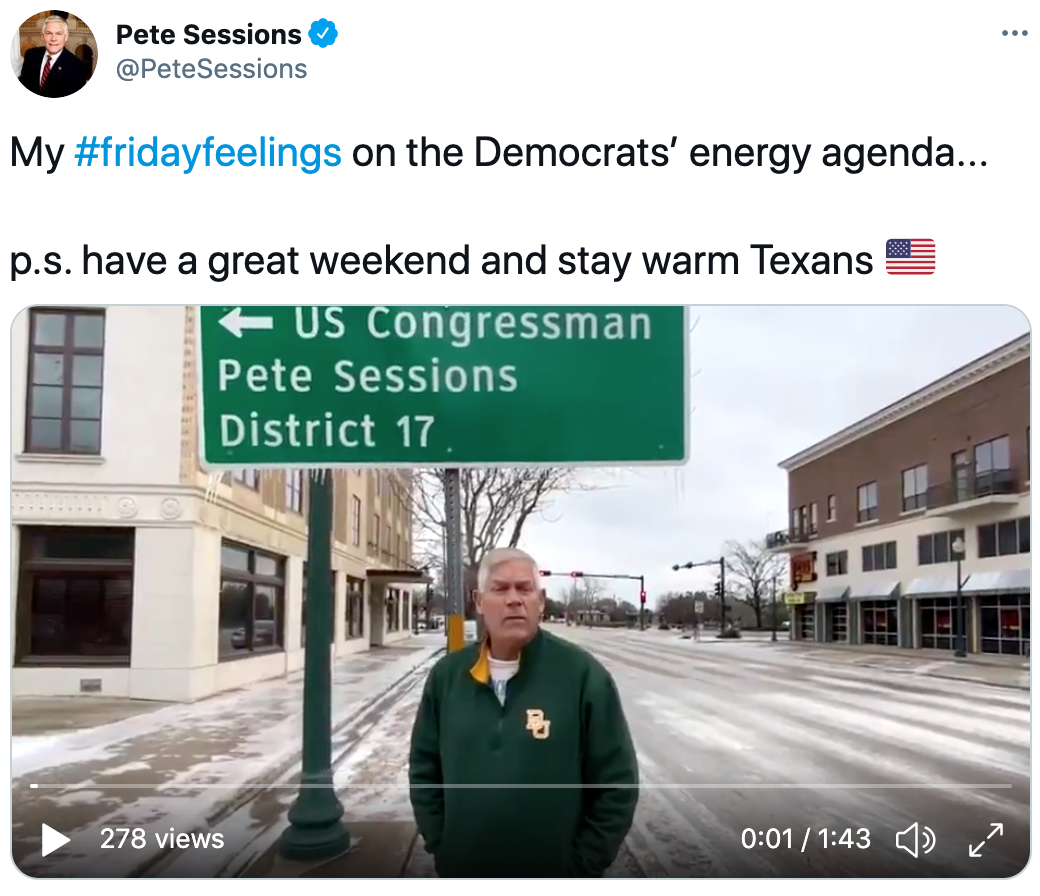 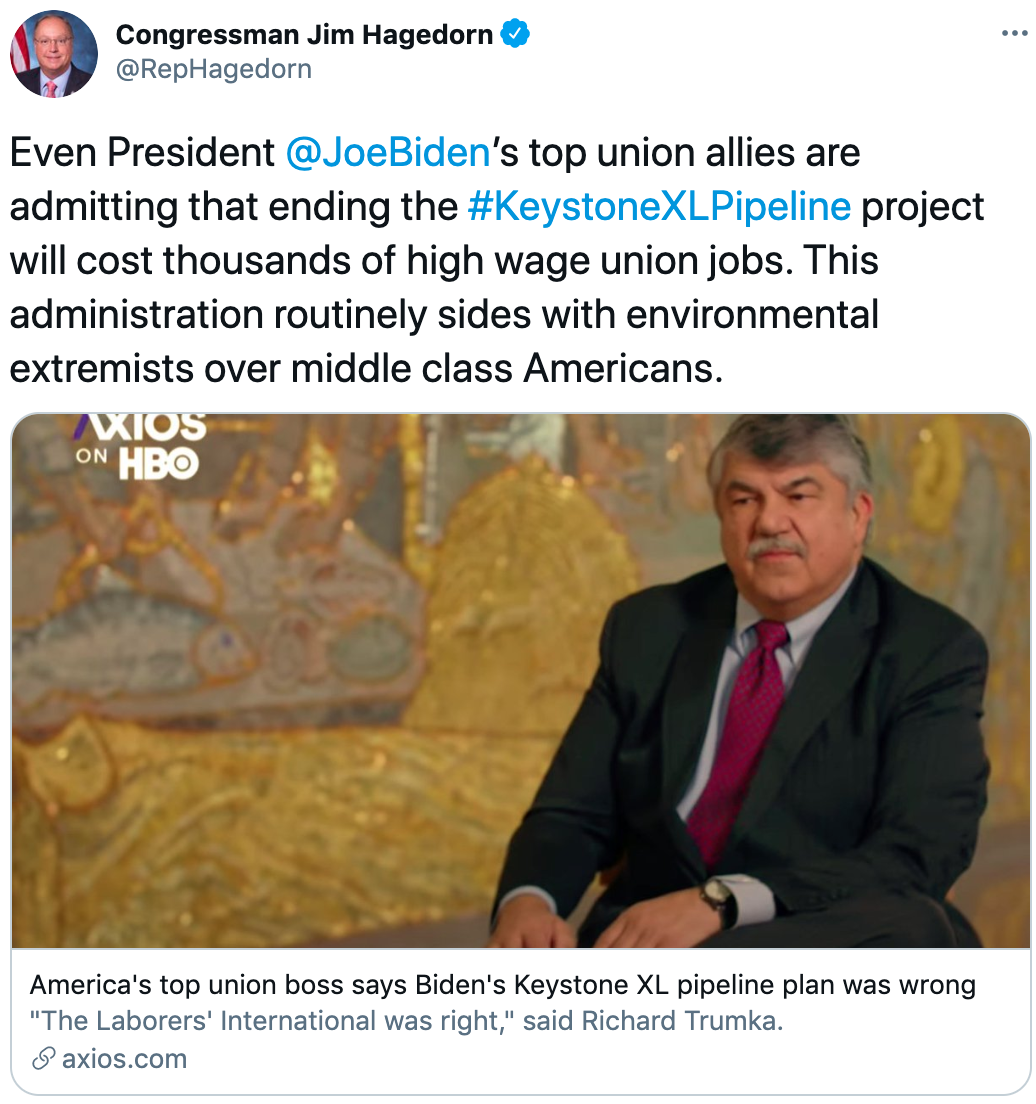