This week, a cybersecurity attack forced the 5,500-mile Colonial Pipeline offline, causing long lines and fuel shortages at gas stations across the southeastern United States. This widespread concern exposed the vulnerabilities in our energy infrastructure created by years of frivolous environmental lawsuits and “keep it in the ground” activism. President Biden’s disastrous energy policies in the first months of his administration have continued this trend, hindering America’s ability to remain energy-dominant and threatening our energy security.

This crisis, which was caused by a Russian criminal organization, underscores the urgent need to invest in America’s critical infrastructure. Since taking office, President Biden has reversed progress made to solidify American energy dominance by revoking the cross-border permit for the Keystone XL Pipeline and other executive orders aimed at streamlining the federal permitting process for critical infrastructure projects. With the temporary closure of a single pipeline and the crisis that has unfolded, it’s never been more clear that we must ensure that every region of our country can experience the same levels of low costs and energy reliability.

Even Energy Secretary Jennifer Granholm admitted this week that “the pipe is the best way” to transport fuel across the country, which begs the question — why did President Biden cancel the Keystone XL Pipeline?

If President Biden truly wants to “Build Back Better,” then we must prioritize true infrastructure reform that actually allows the construction and permitting of new pipelines and refineries. We also have to secure our grid and pipeline networks against future cyberattacks. The Colonial Pipeline attack makes apparent the need to build redundancies into our energy infrastructure. Americans need faith that the lights will turn on, and gas stations will be there to fill them up.

Republican Whip Steve Scalise (R-La.) and 62 HEAT members joined a letter led by Rep. David Rouzer (R-N.C.) in the aftermath of the Colonial Pipeline attack urging President Biden to oppose destructive energy policies like those which restrict the construction of additional American pipeline capacity and have undermined our energy security. 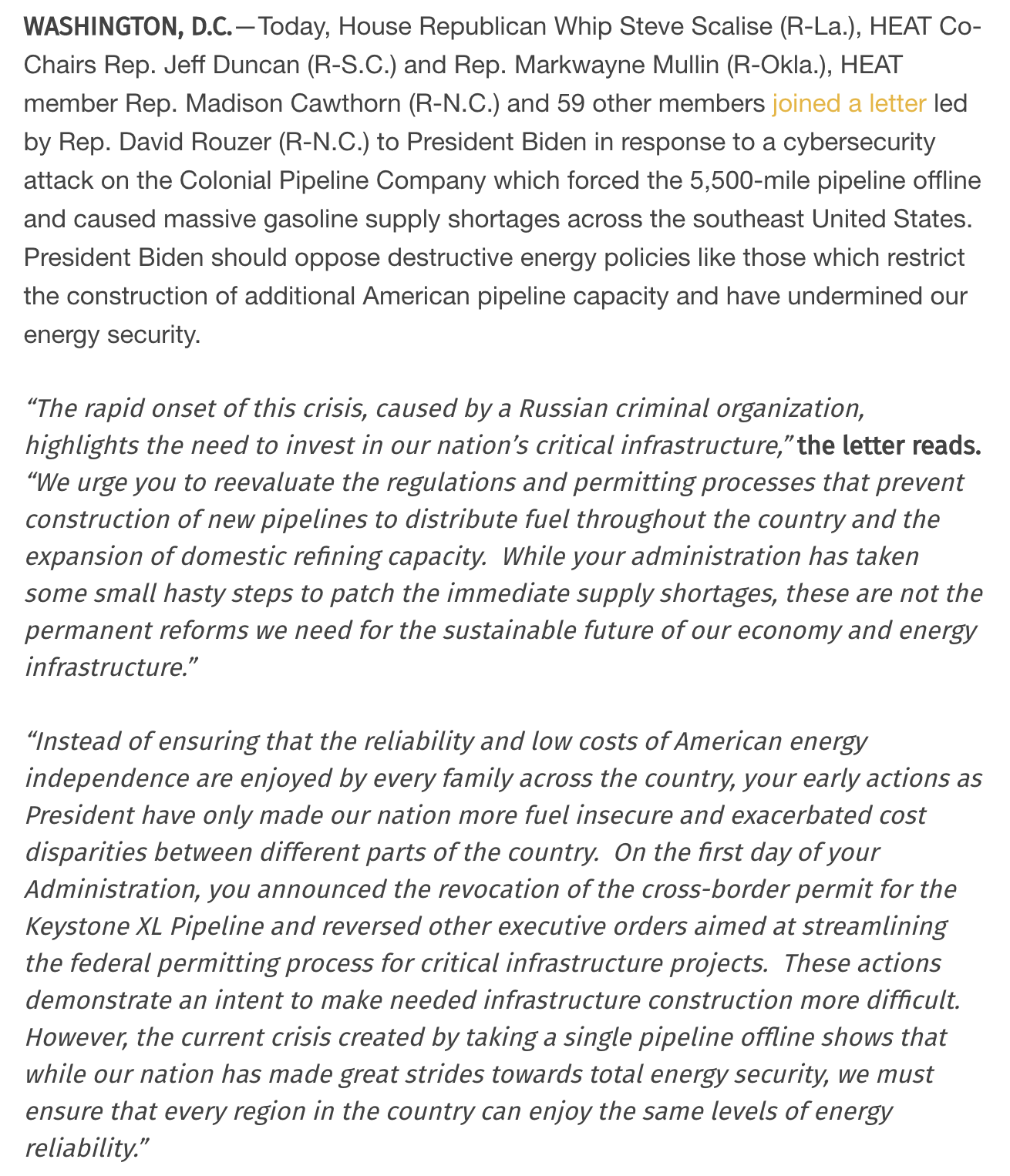 In an Energy and Commerce Hearing, HEAT Co-Chair Rep. Jeff Duncan (R-S.C.) pushed back against the “one-size fits all” approach to EV policy in the CLEAN Future Act. The Democrat’s plan imposes a regressive agenda towards mass electrification at the expense of middle-class Americans. 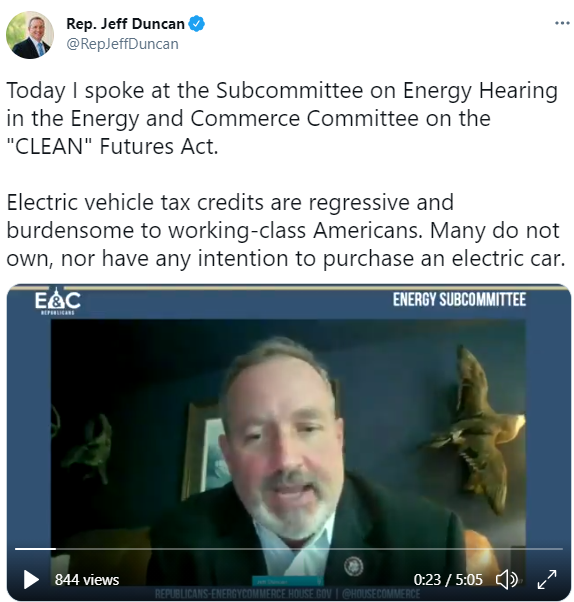 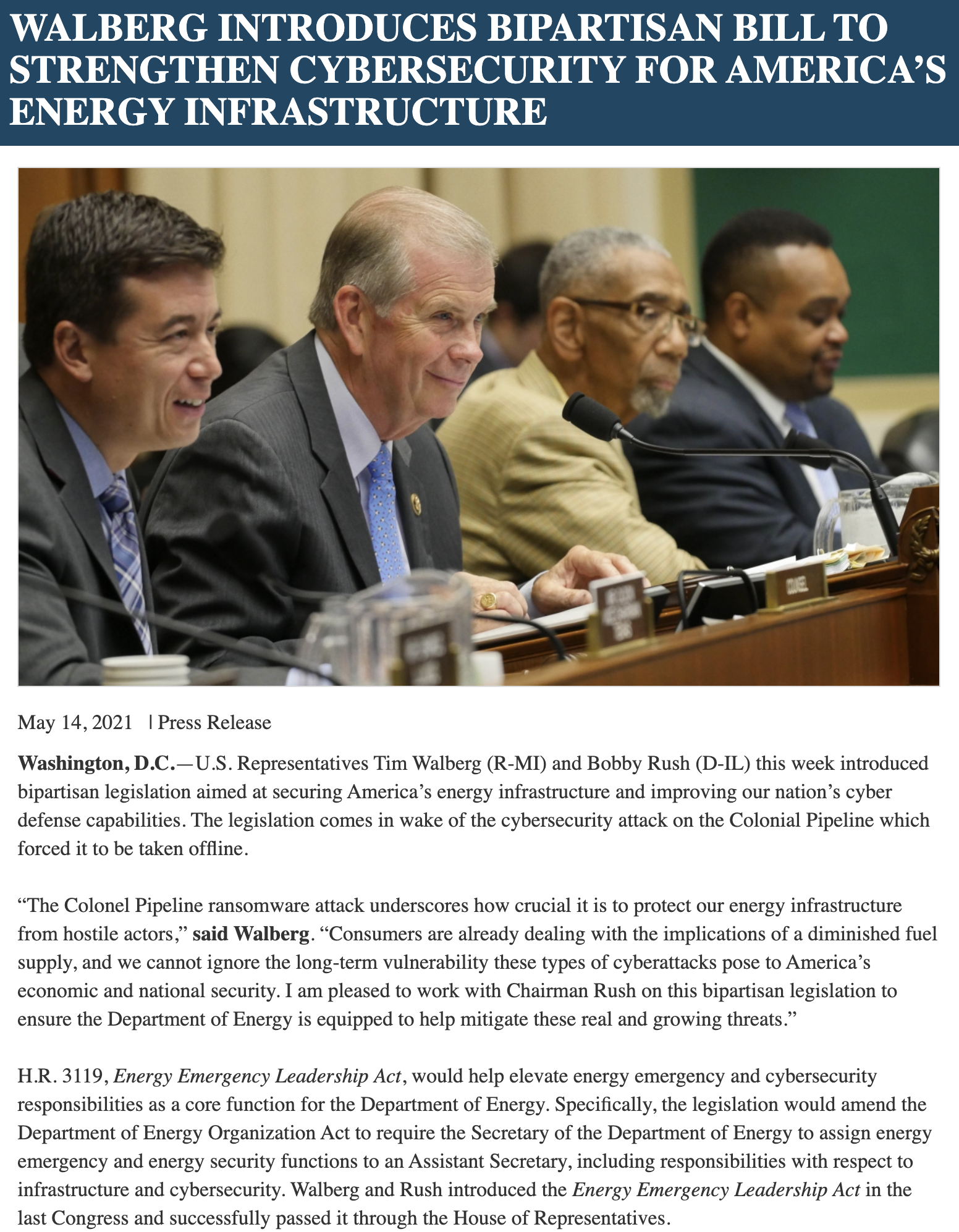 Representative Stephanie Bice (R-Okla.) met with The Petroleum Alliance of Oklahoma to provide a legislative update and learn more about the industry’s concerns. The group discussed Biden’s new environmental regulations and unrealistic energy policies. Taxes were also a hot topic, including intangible drilling cost deductions, depletion deductions and how those laws don’t just pertain to oil and gas, but to all mining and manufacturing. 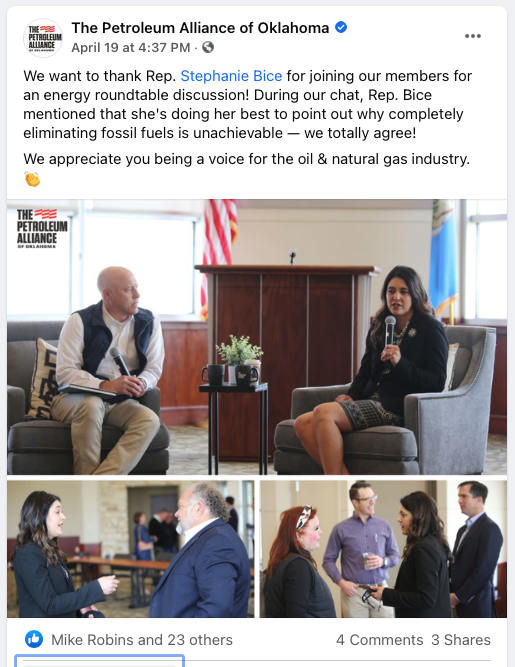 Representative Guy Reschenthaler (R-Pa.) joined Newsmax TV to discuss the Colonial Pipeline cyberattack, saying these attacks should be treated as “acts of war.” 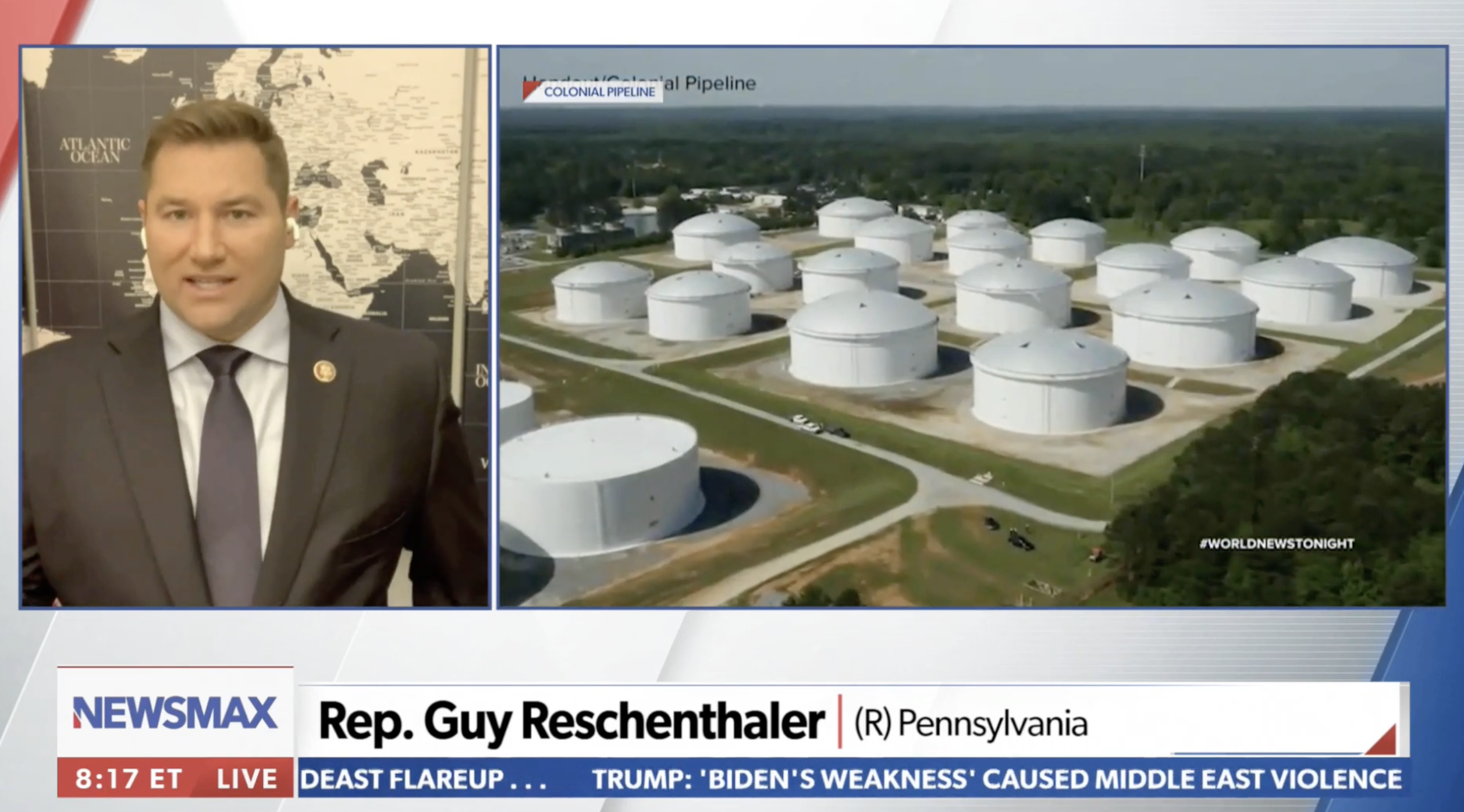 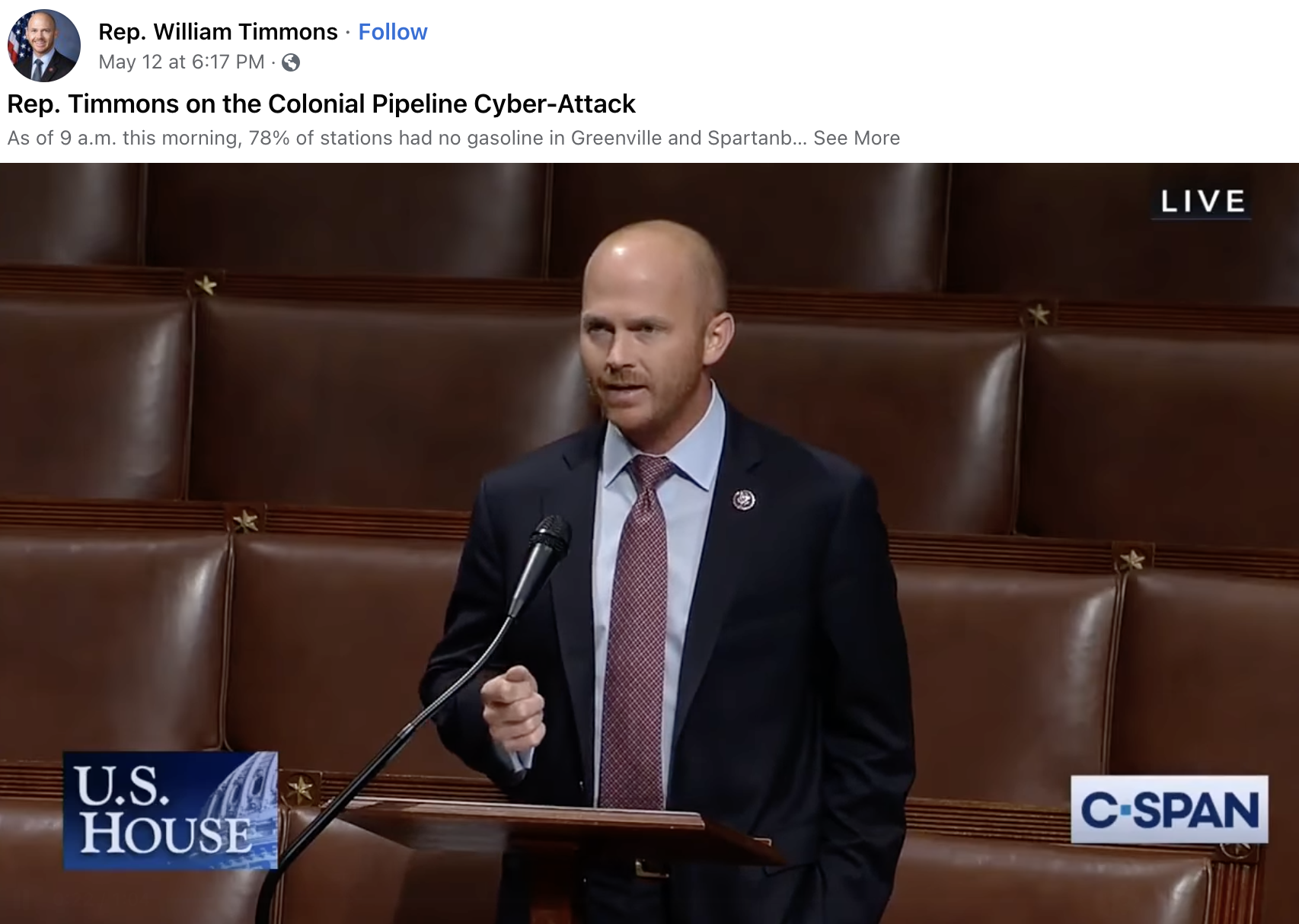 Representative Debbie Lesko (R-Ariz.) held a virtual meeting with Arizona Petroleum Marketers Association to discuss the role of petroleum in an all-of-the-above energy approach as we look to maintain our energy independence. 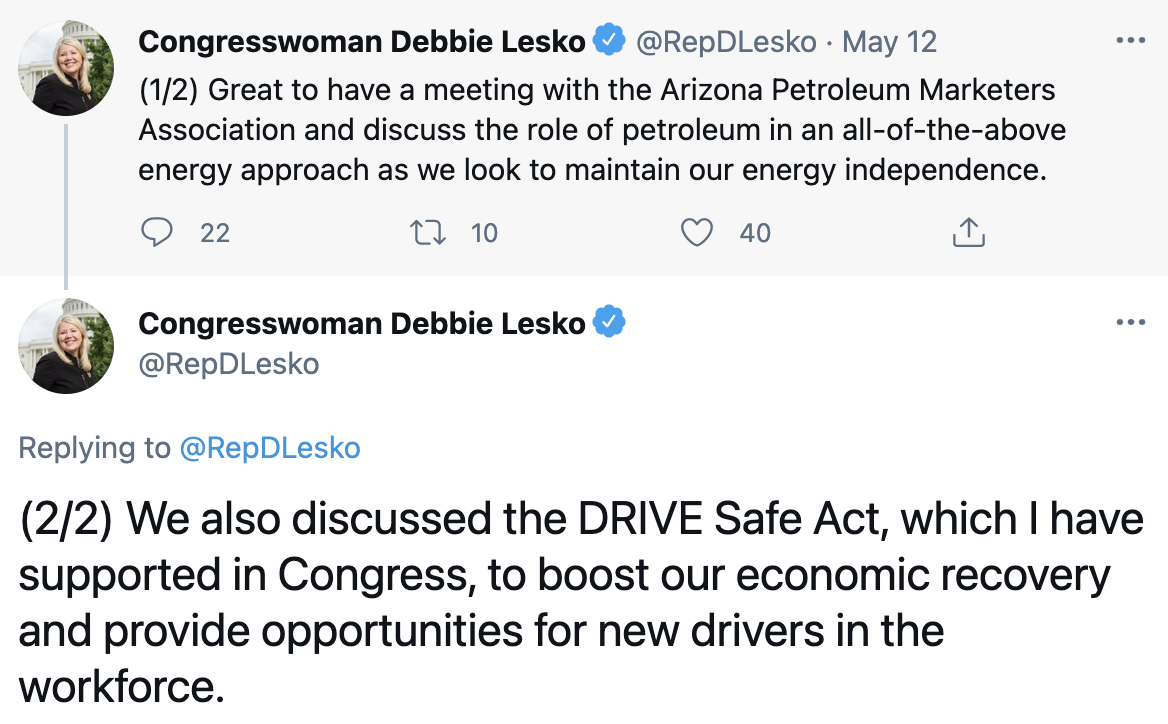 Representative August Pfluger (R-Texas) got President Biden’s Climate Czar John Kerry to admit that wind and solar are not reliable forms of energy during a House Foreign Affairs Committee hearing. 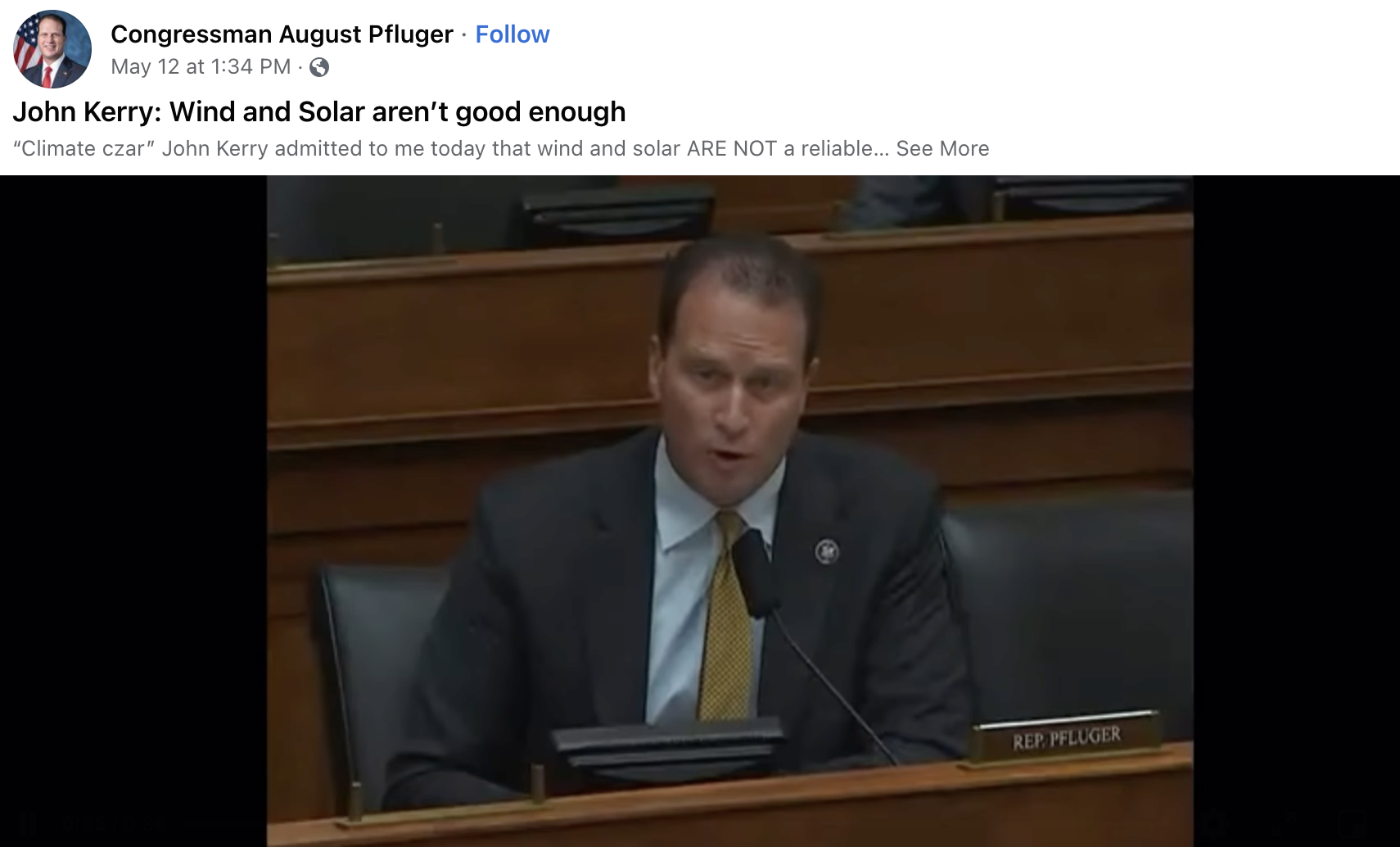 Representative Bob Latta (R-Ohio) introduced two pieces of legislation, the Cyber Sense Act and the Enhancing Grid Security through Public-Private Partnerships Act, to create a voluntary Department of Energy (DOE) “Cyber Sense” program that would identify and promote cyber-secure products for use in the bulk-power system. The bill also establishes a testing process for the products along with a reporting process of cybersecurity vulnerabilities. It creates a database at the DOE to track products and help provide more information on cyber weaknesses for electric utilities and their potential to cause harm to the electric grid.
The Enhancing Grid Security through Public-Private Partnerships Act directs DOE to facilitate and encourage public-private partnerships in order to improve cybersecurity of electric utilities. The legislation would improve sharing of best practices and data collection, along with providing training and technical assistance to electric utilities in order to address and mitigate cybersecurity risks. 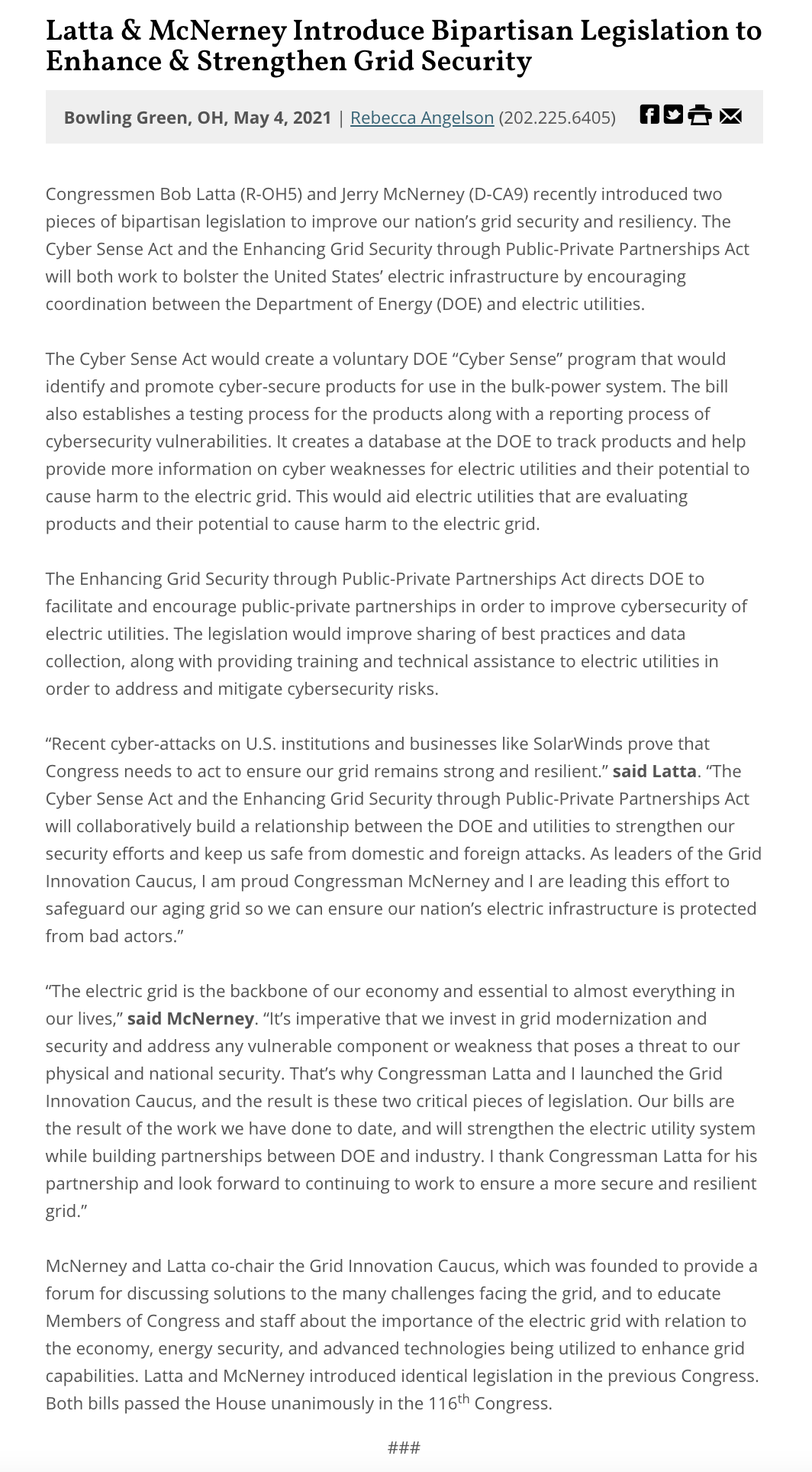 The Environmental Protection Agency (EPA) repealed a set of requirements established by the Trump Administration that would have made future EPA rule-making more accountable. The Trump rule would have required EPA to provide a more detailed cost-benefit analysis before issuing Clean Air Act regulations. 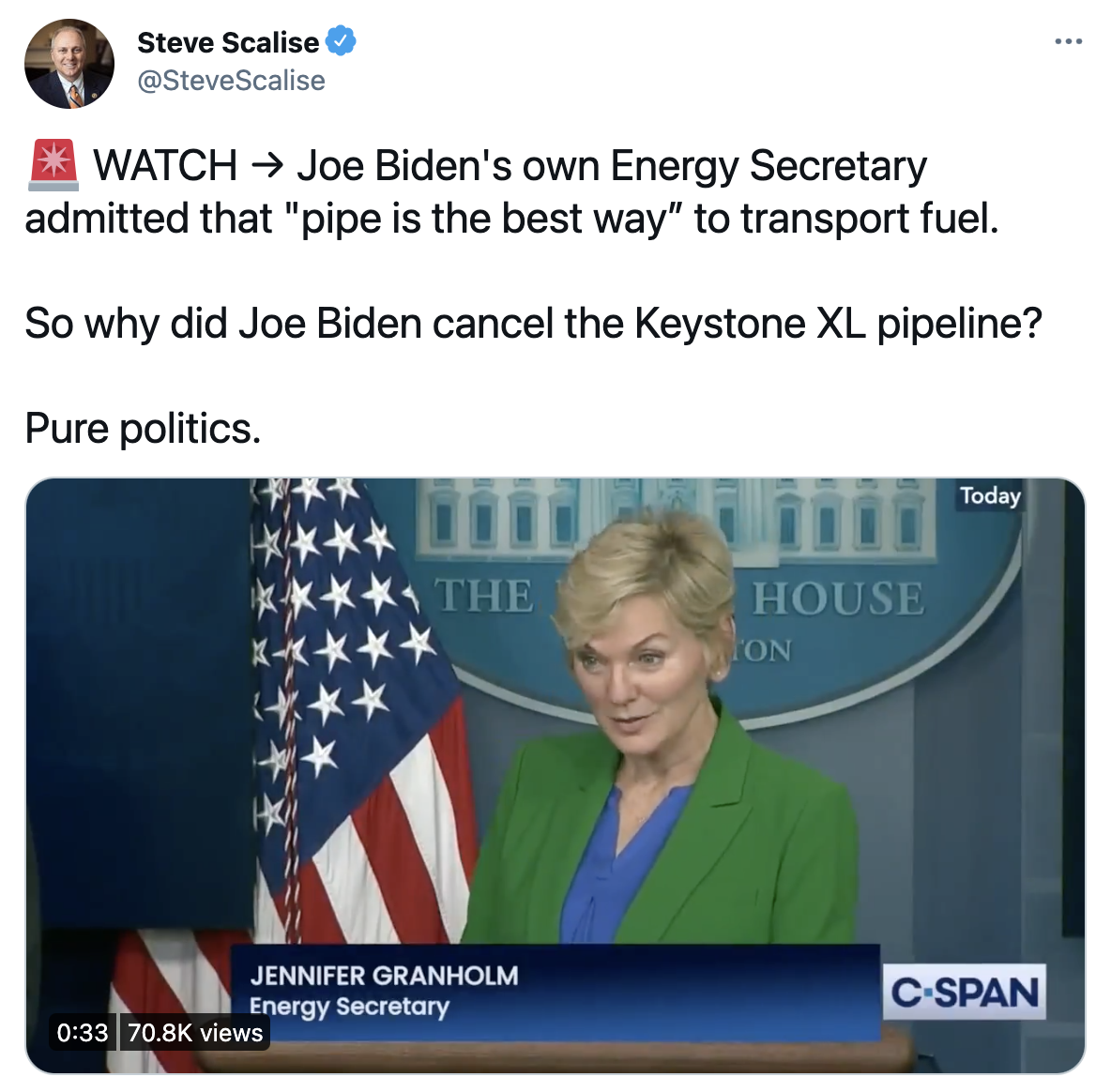 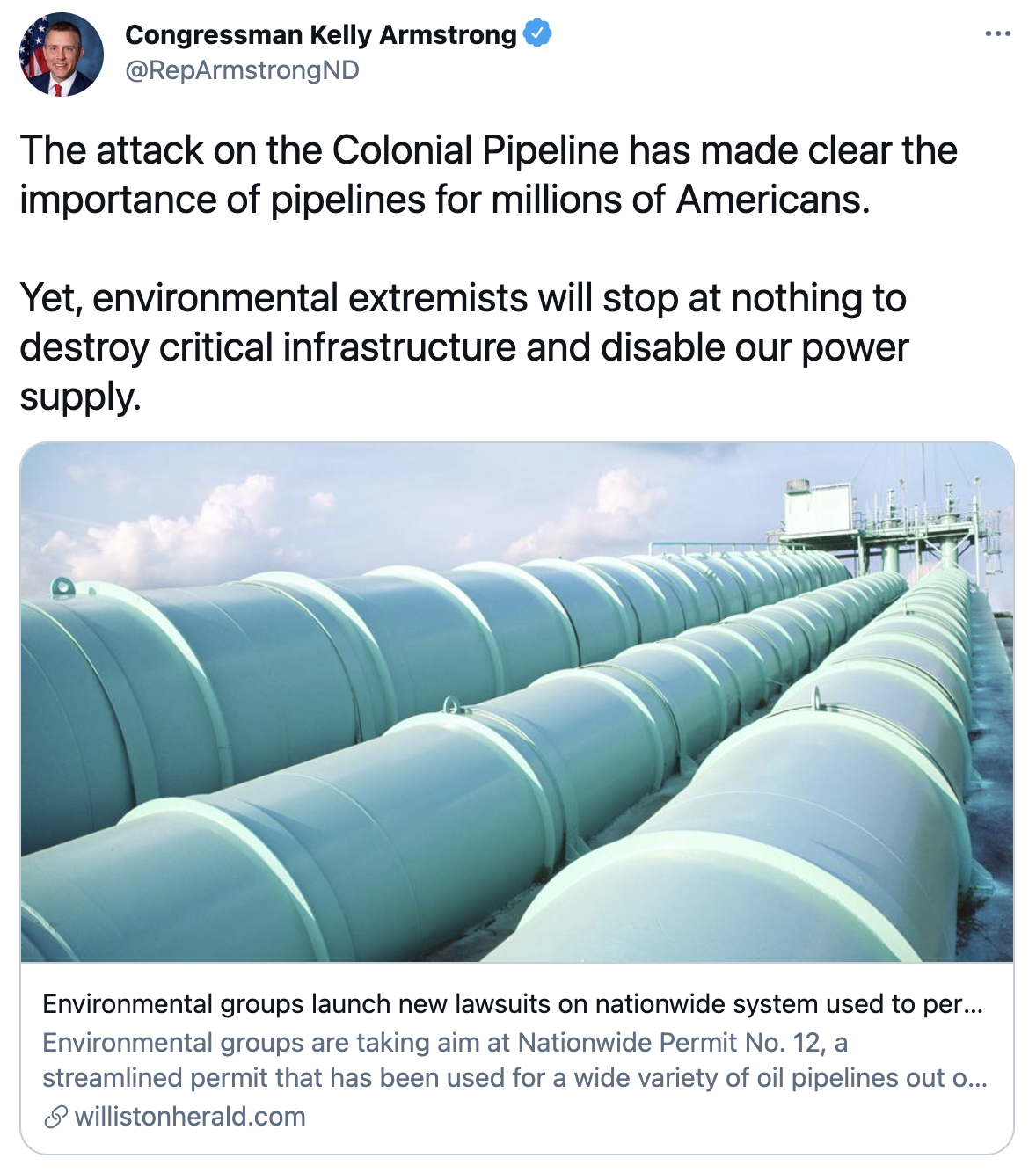 Representative French Hill (R-Ark.) called out President Biden’s far-left agenda for allowing countries like China to continue to produce emissions at a higher rate than the rest of the developed world combined. 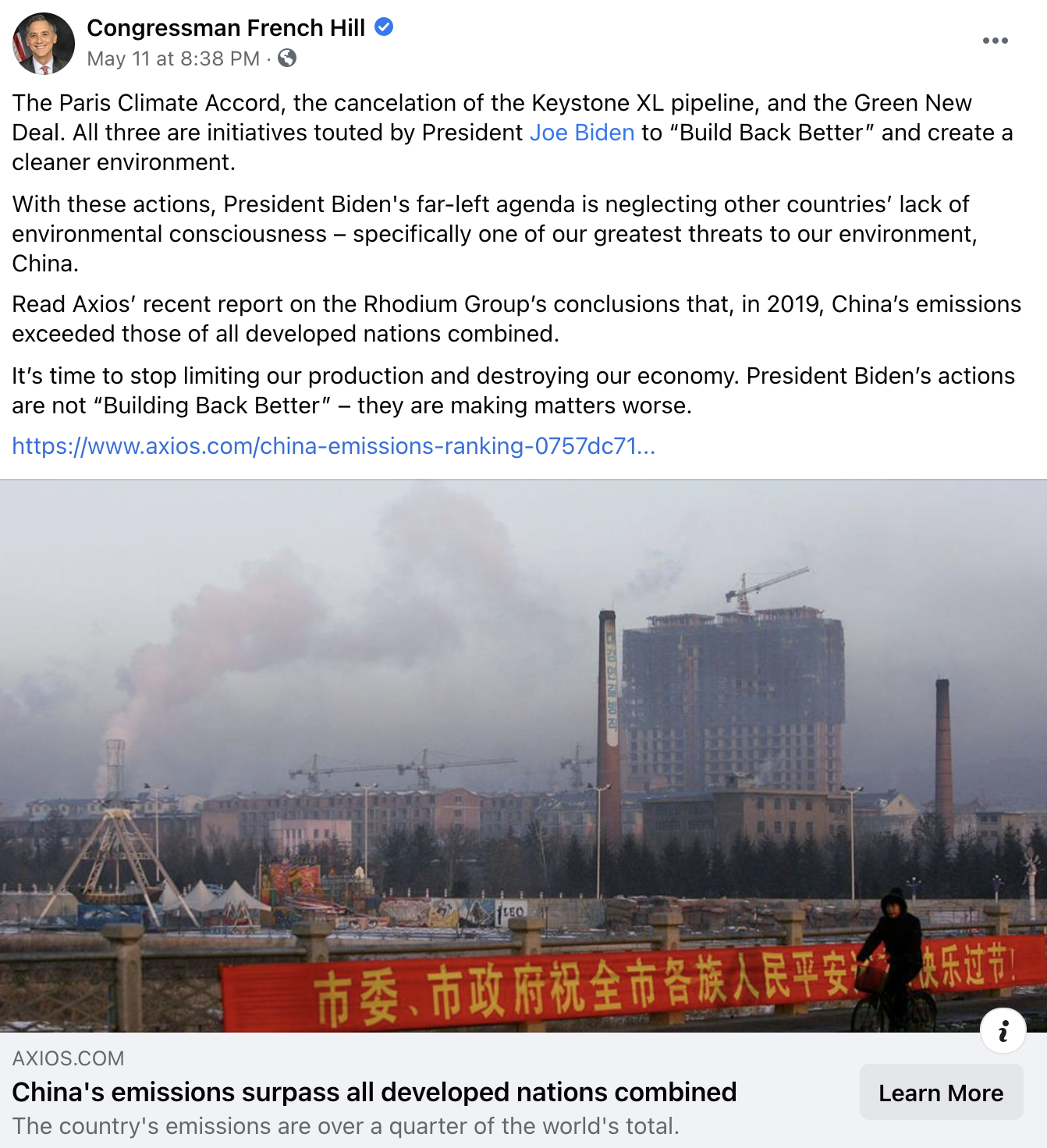 Representative Garret Graves (R-La.) repetitively explained that decreasing production of domestic energy would result in higher prices, emissions and dependence on foreign energy sources. The Colonial Pipeline news shows what happens if a dramatic shift in energy policy were to occur, causing higher costs at the pump and market instability. 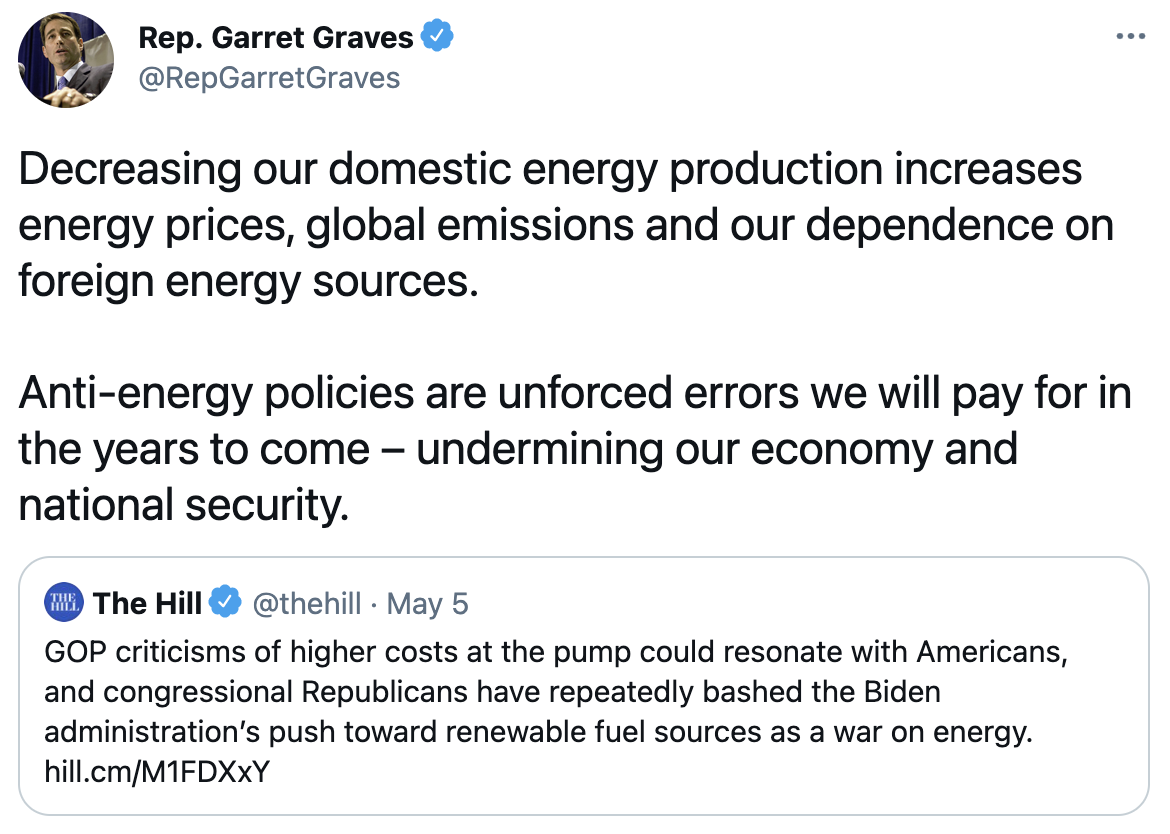 Representative August Pfluger (R-Texas) tweeted his support for a letter standing up for the oil and gas industry and the families, farmers, and small businesses who depend on affordable energy. 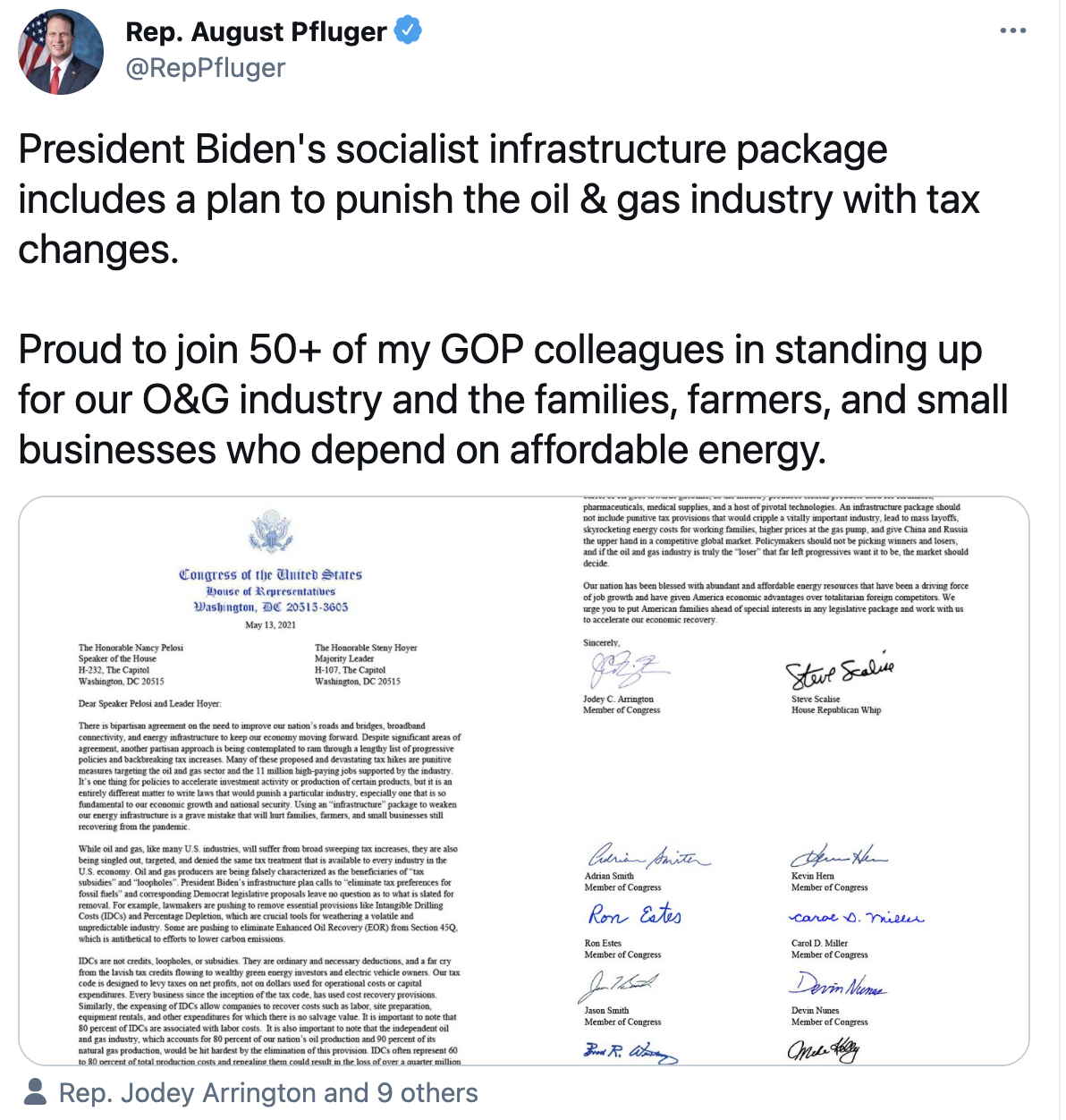 Representative Debbie Lesko (R-Ariz.) raised concerns about the need for a more realistic timeline for getting more electric cars on the road as Democrats continue to push a quick transition. 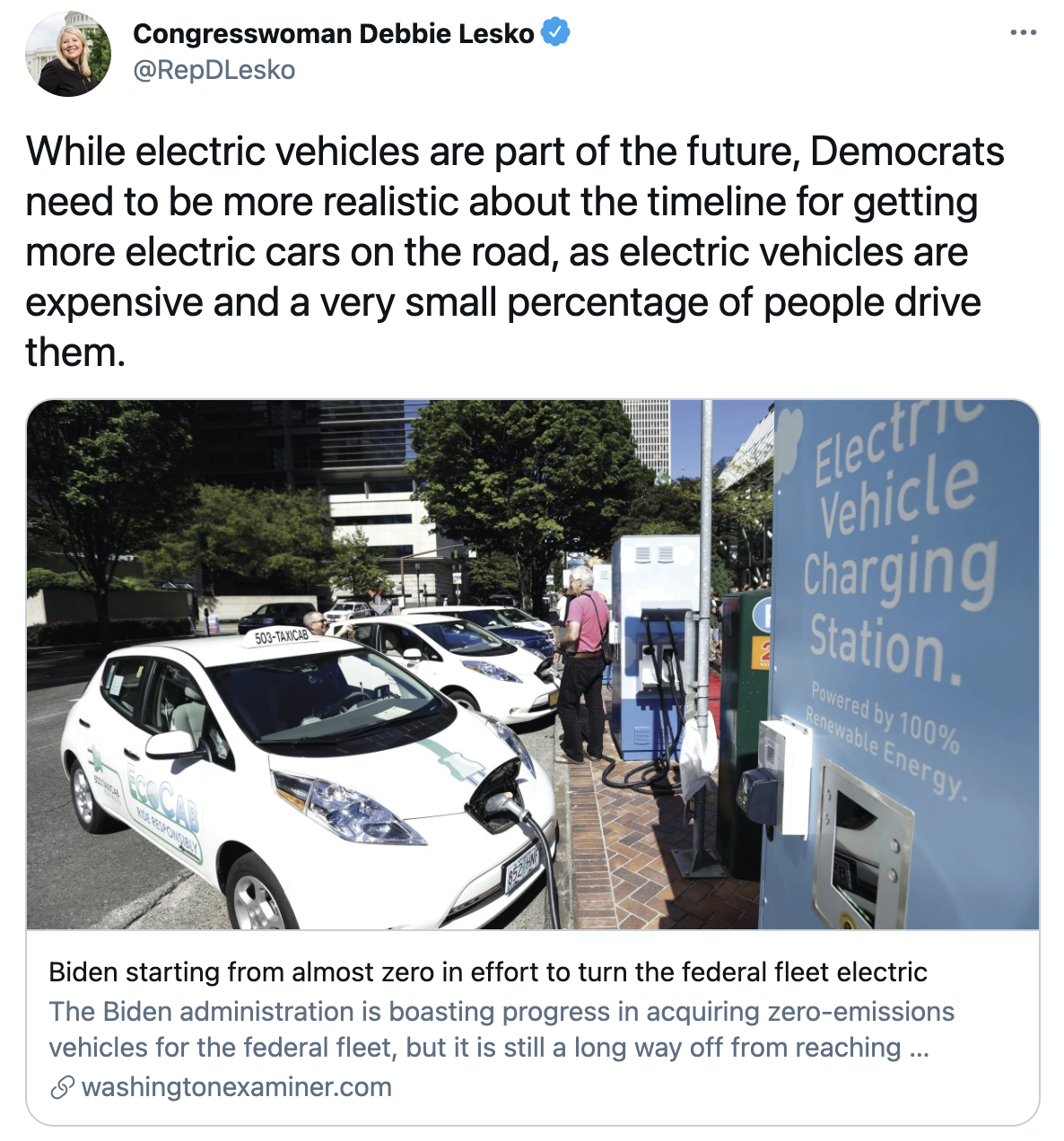