This week, President Biden paved the way for Russia to extend its energy influence in Europe and sell out America’s allies like Ukraine by waiving crucial sanctions against the Nord Stream 2 gas pipeline.

So let’s get this straight — President Biden canceled the Keystone XL pipeline which would have benefited American workers and families, but now has decided he’s going to waive sanctions for Vladimir Putin and his cronies to finish building a pipeline that only advances the Kremlin’s interests and makes Europe more energy dependent on Russia.

How does that make sense?

This horrendous decision has drawn bipartisan criticism on Capitol Hill. Even the Democrat chairman of the Senate Foreign Relations Committee condemned the Biden Administration’s actions, saying that he cannot see how waiving sanctions “will advance U.S. efforts to counter Russian aggression in Europe.”

Additionally, President Biden’s own Secretary of State Antony Blinken pledged during his confirmation hearing that he was “determined” to do whatever he could to prevent completion of Nord Stream 2 — another failed commitment by this Administration.

Time and again, President Biden has shown an unwillingness to stand up for our allies and promote American energy security that would lower energy prices for hard-working families and create millions of good-paying jobs. Instead of handing new leverage to Putin to strengthen Russia’s grip on European energy, President Biden should put America’s interests first and reestablish our energy dominance that flourished over the past four years.

Republican Whip Steve Scalise (R-La.) and Representative David B. McKinley, P.E. (R-W. Va.) re-introduced their resolution to condemn a carbon tax – a resolution that has been introduced every Congress since 2013. A carbon tax would be destructive for American families and small businesses and reverse progress made towards achieving American energy and economic prosperity. 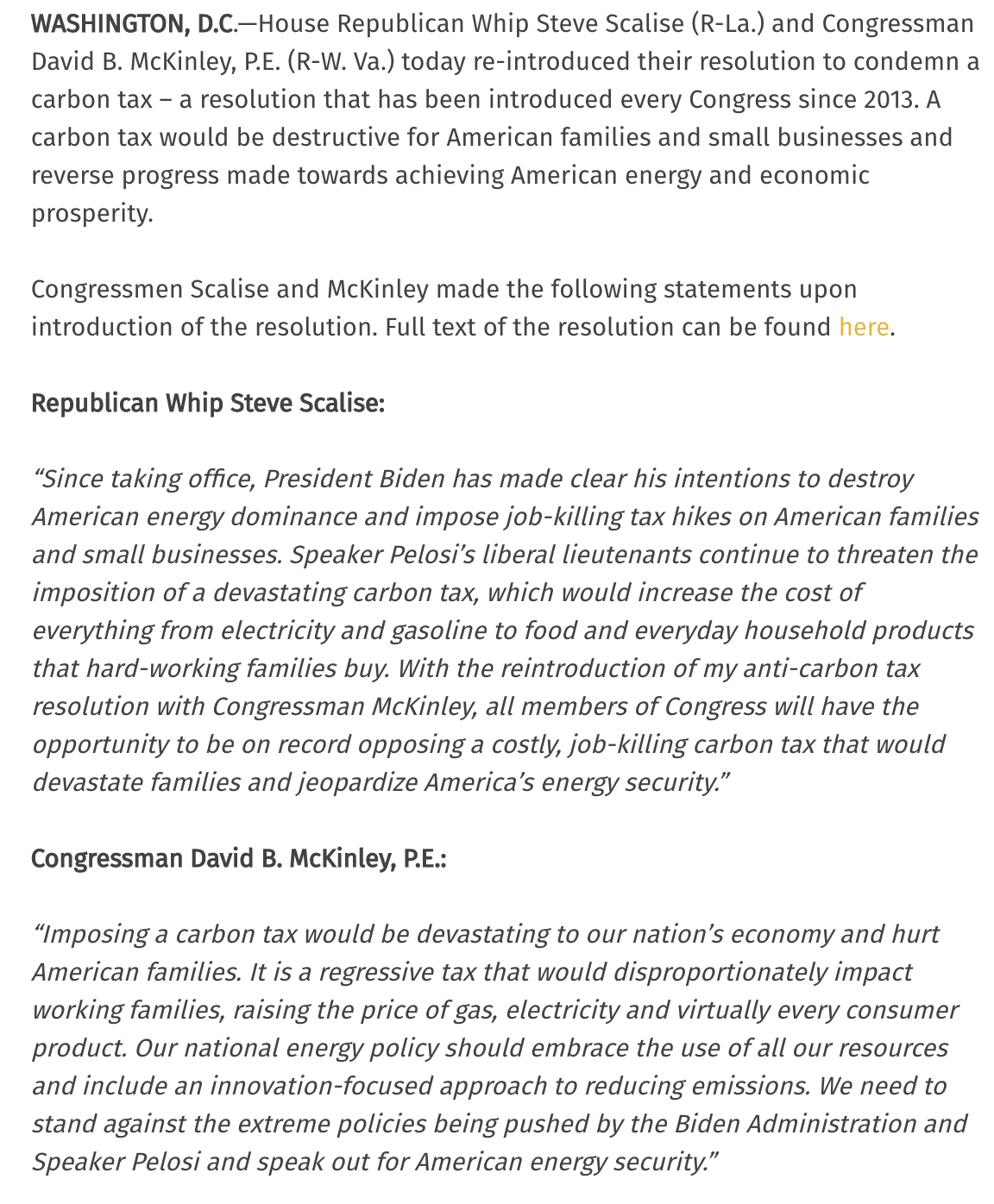 HEAT Co-Chair Representative Jeff Duncan (R-S.C.) questioned Energy Secretary Granholm on the critical role the Unites States play as an energy exporter and the importance of utilizing and improving existing technologies and sources. 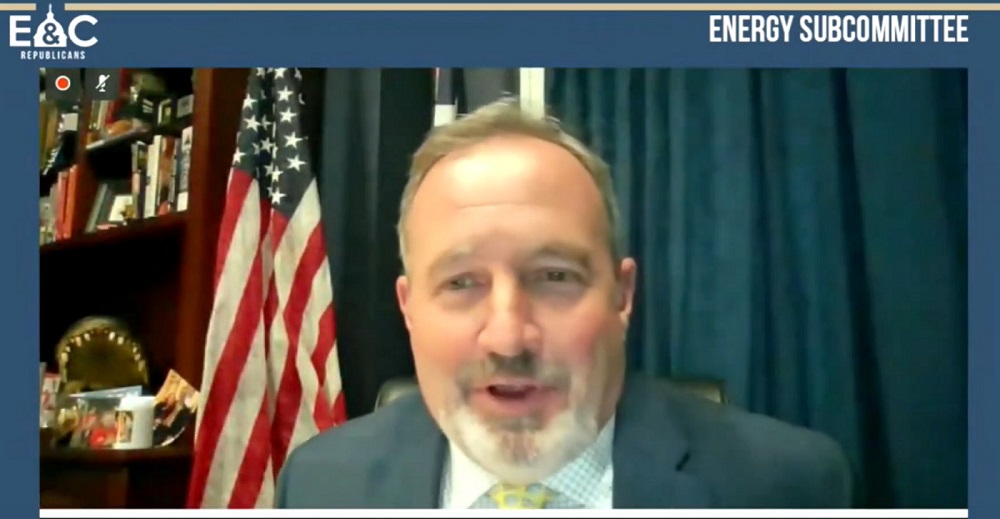 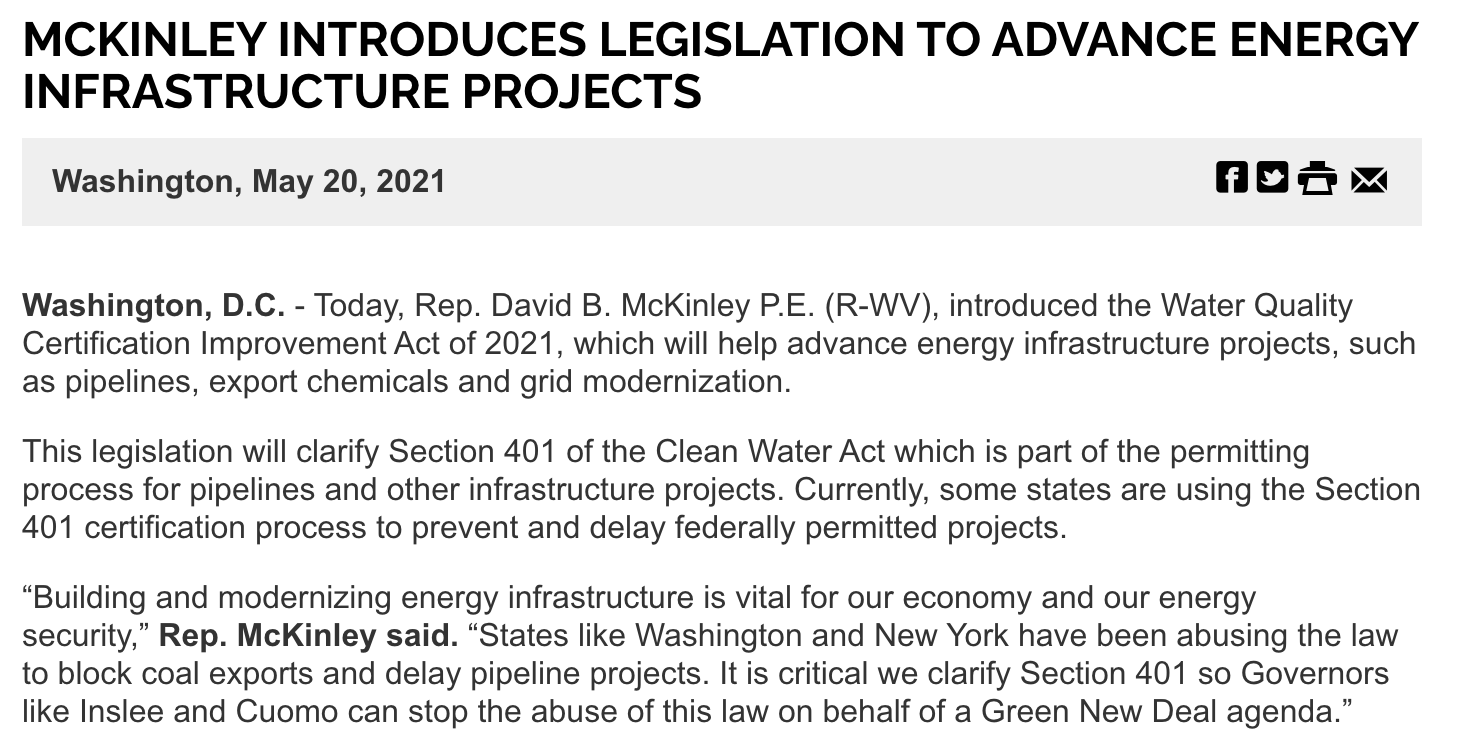 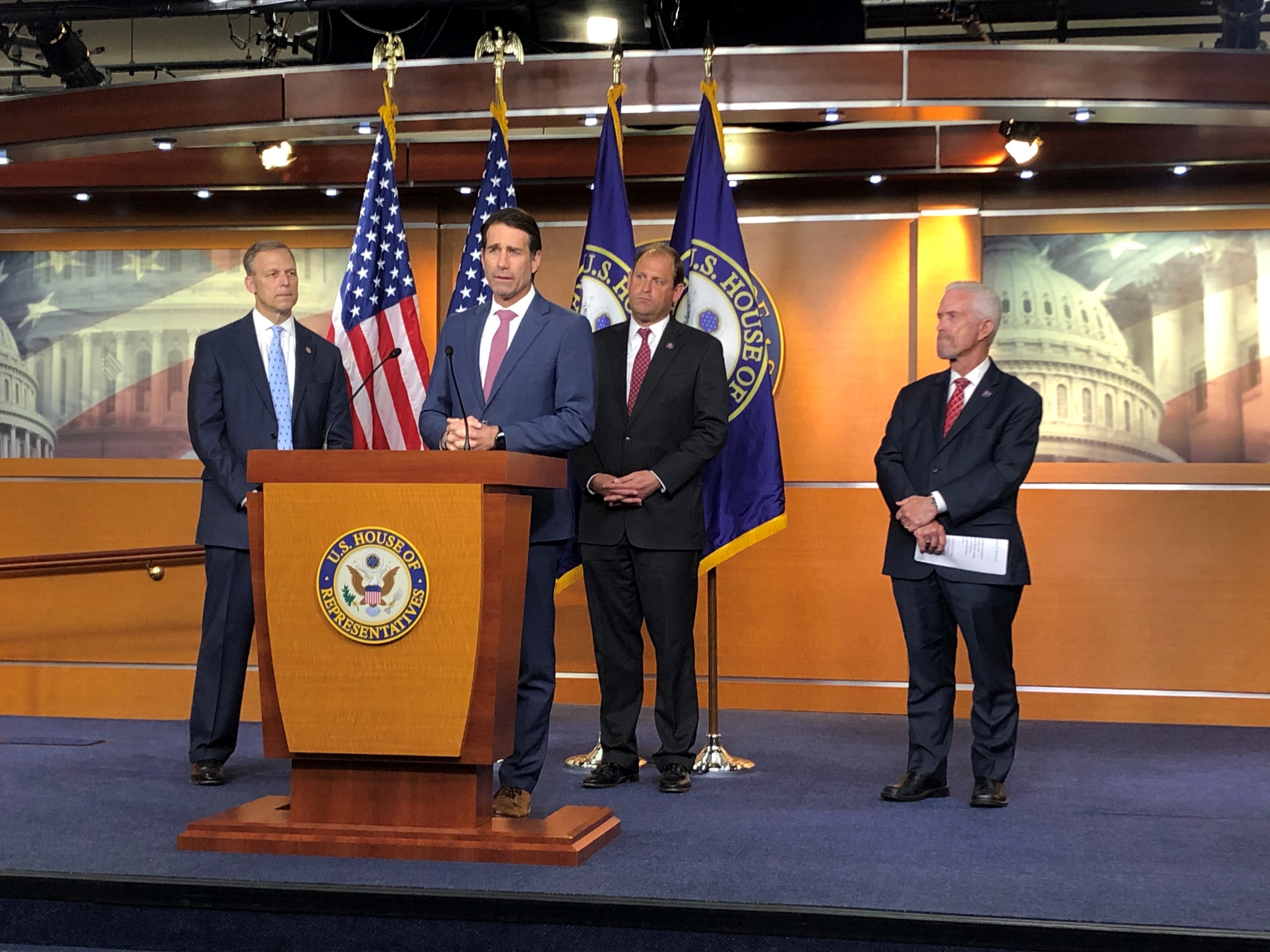 Representative Richard Hudson (R-N.C.) introduced a resolution opposing the Nord Stream 2 pipeline and urging President Biden to stand up to Russia. The resolution also calls out the Biden Administration for reversing on previous statements made against Nord Stream 2. 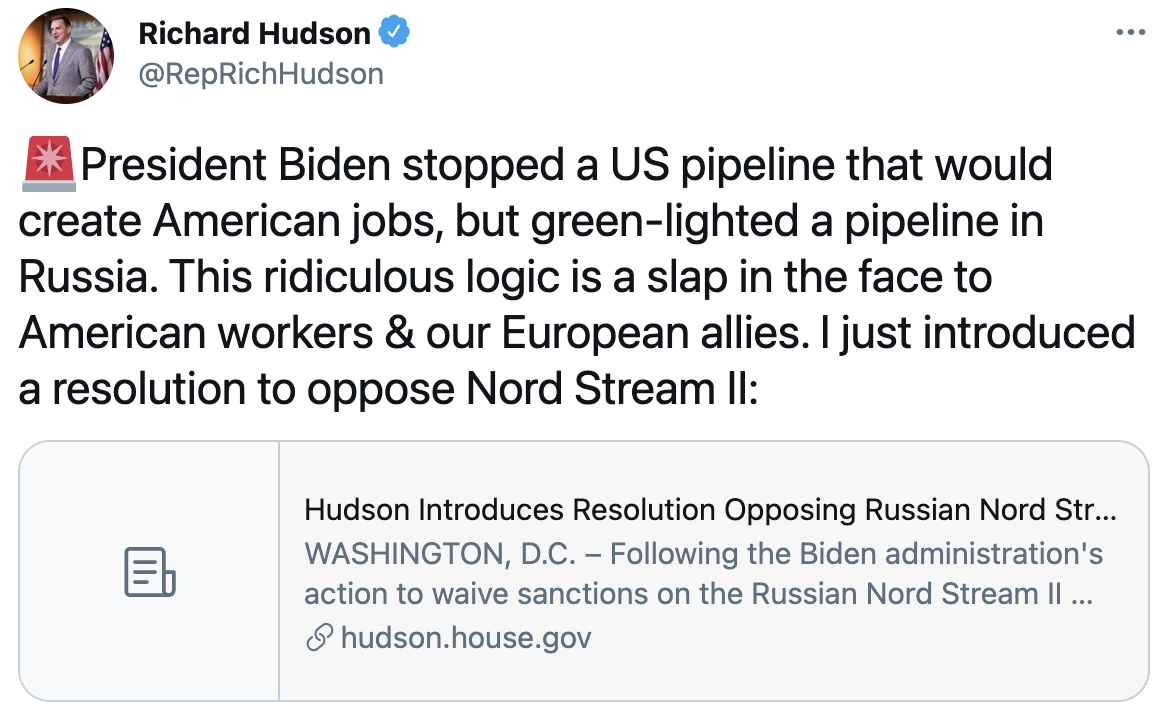 During a House Energy and Commerce Subcommittee hearing, Representative Tim Walberg (R-Mich.) asked Energy Secretary Granholm if she supports his Energy Emergency Leadership Act, which would codify the functions of the Department of Energy’s (DOE) Office of Cybersecurity, Energy Security, and Emergency Response and elevate the leadership of DOE’s emergency response and cybersecurity functions to the Senate-confirmed assistant secretary level. 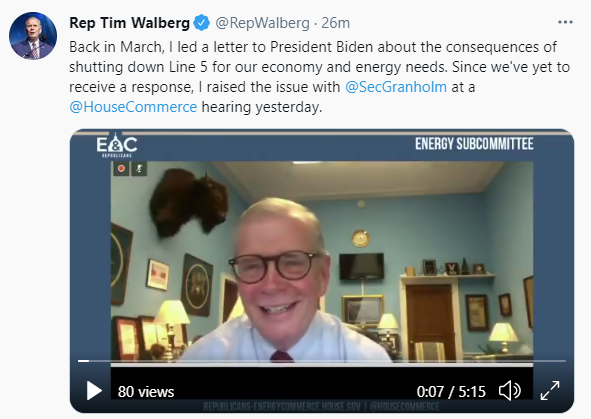 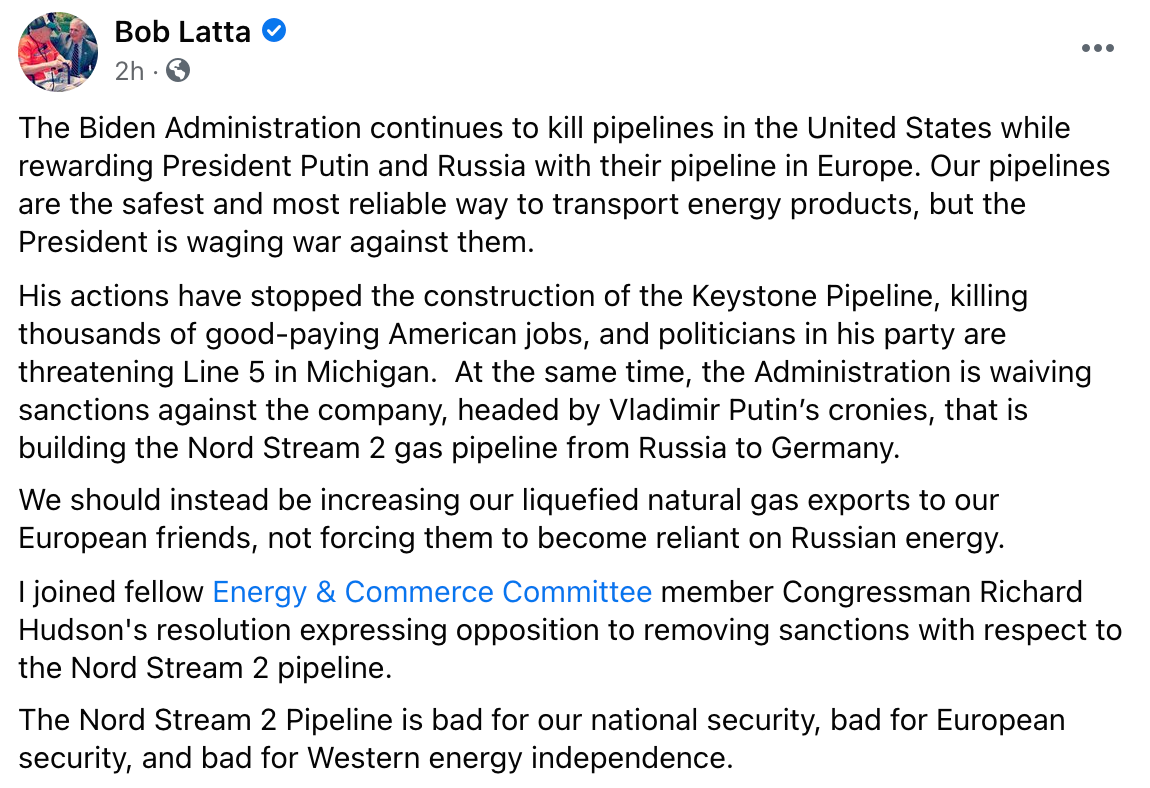 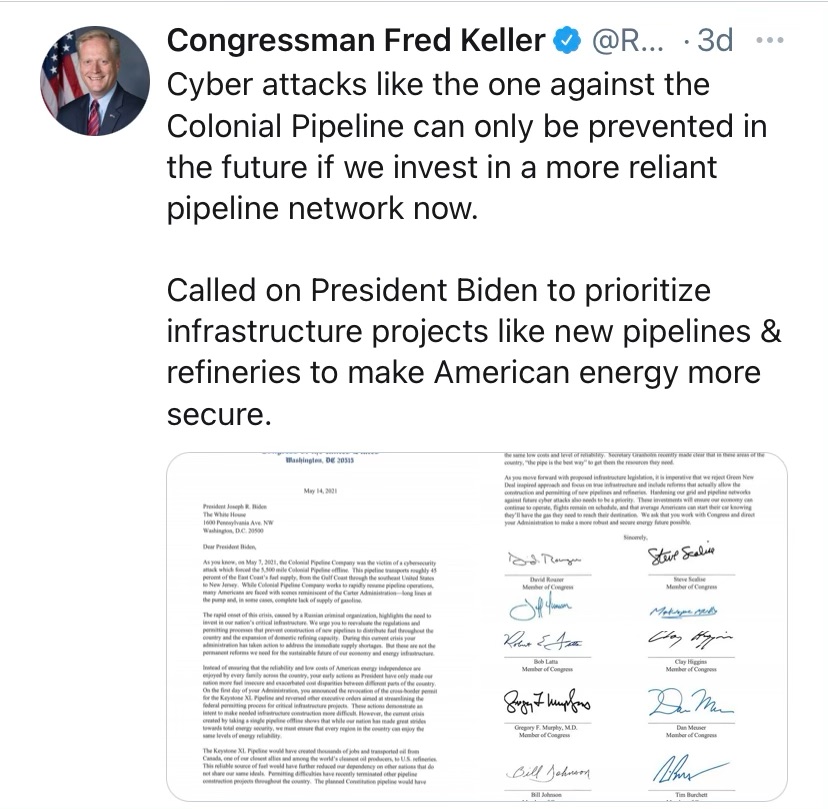 During a House Appropriations Subcommittee hearing, Representative Guy Reschenthaler (R-Pa.) questioned why the Biden Administration is so gullible when it comes to China making climate promises. 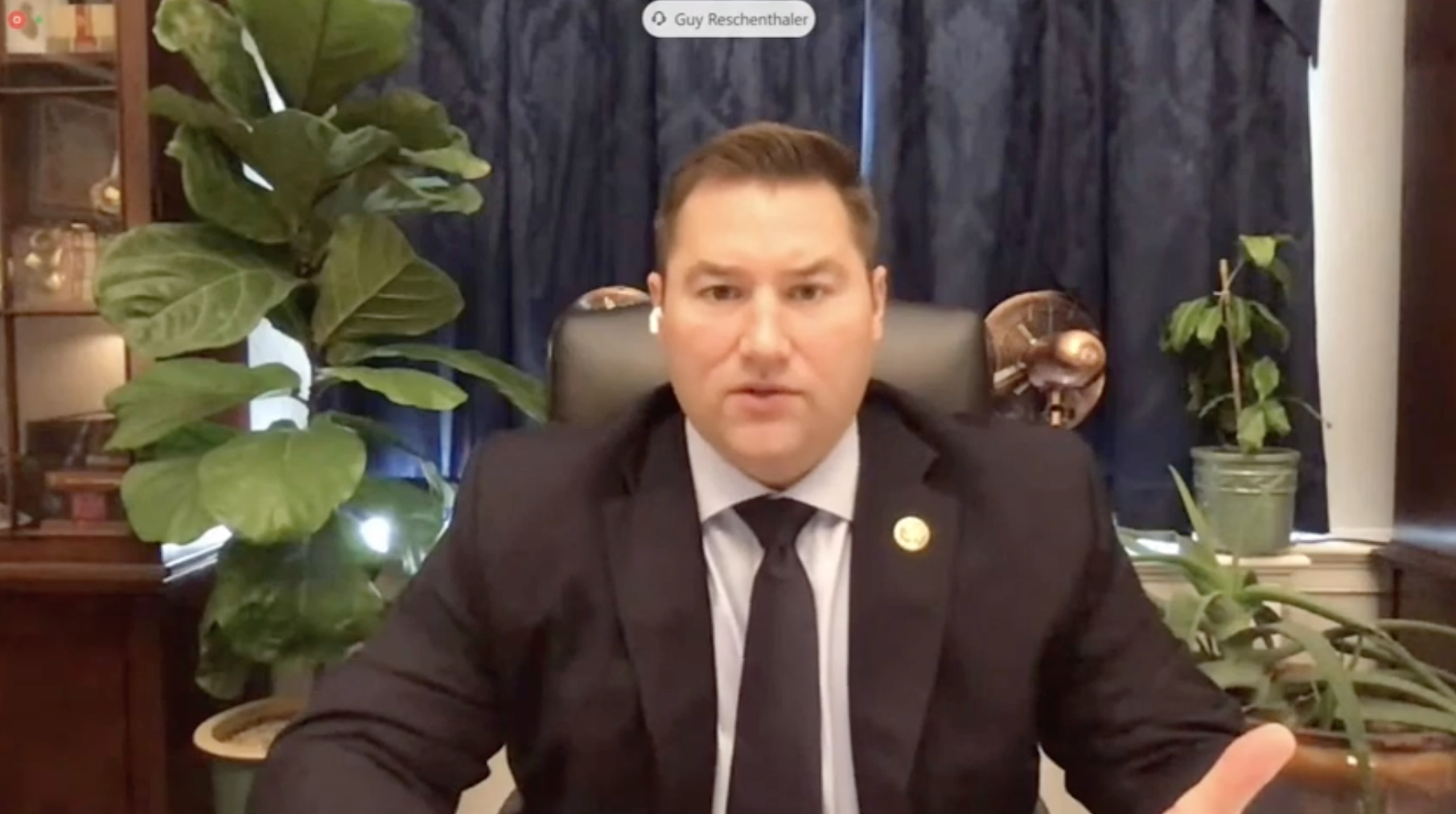 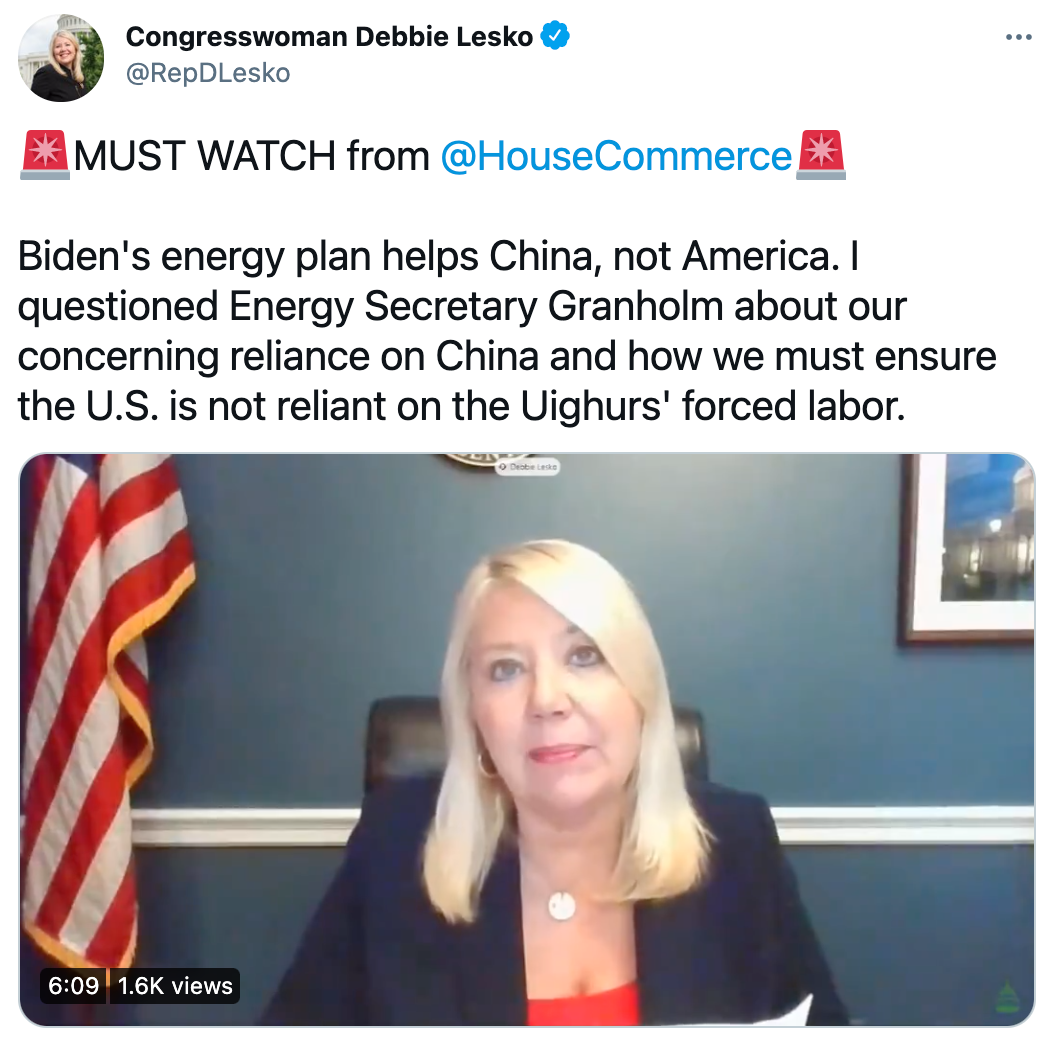 Republican Leader of the Energy and Commerce Committee Cathy McMorris Rodgers (R-Wash.) and Republican Subcommittee Leader on Environment and Climate Change David B. McKinley, P.E. (R-W. Va.) introduced the Drinking Water Funding for the Future Act of 2021, which will invest in and modernize America’s drinking water infrastructure. 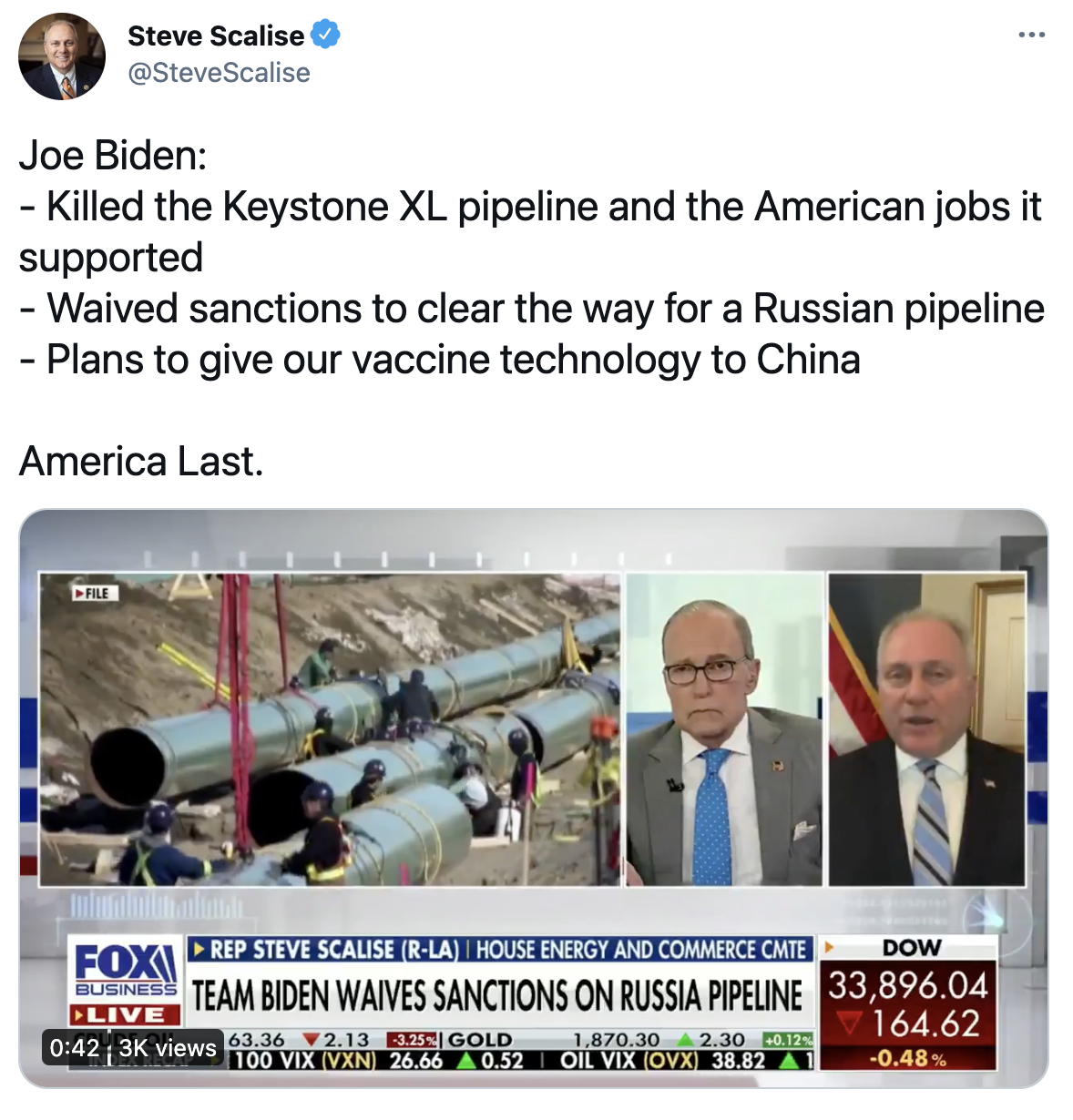 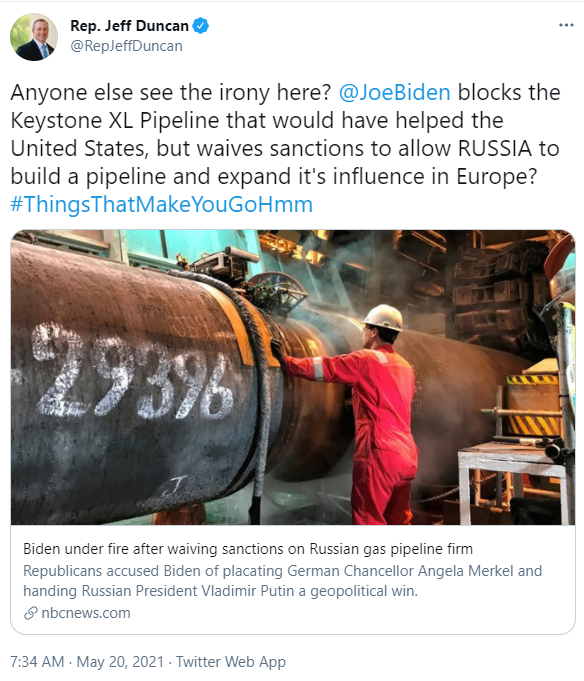 Representative French Hill (R-Ark.) criticized the White House for opposing nuclear energy as a source of clean energy despite its aggressive approach to implement ineffective, wasteful policies like the Green New Deal. 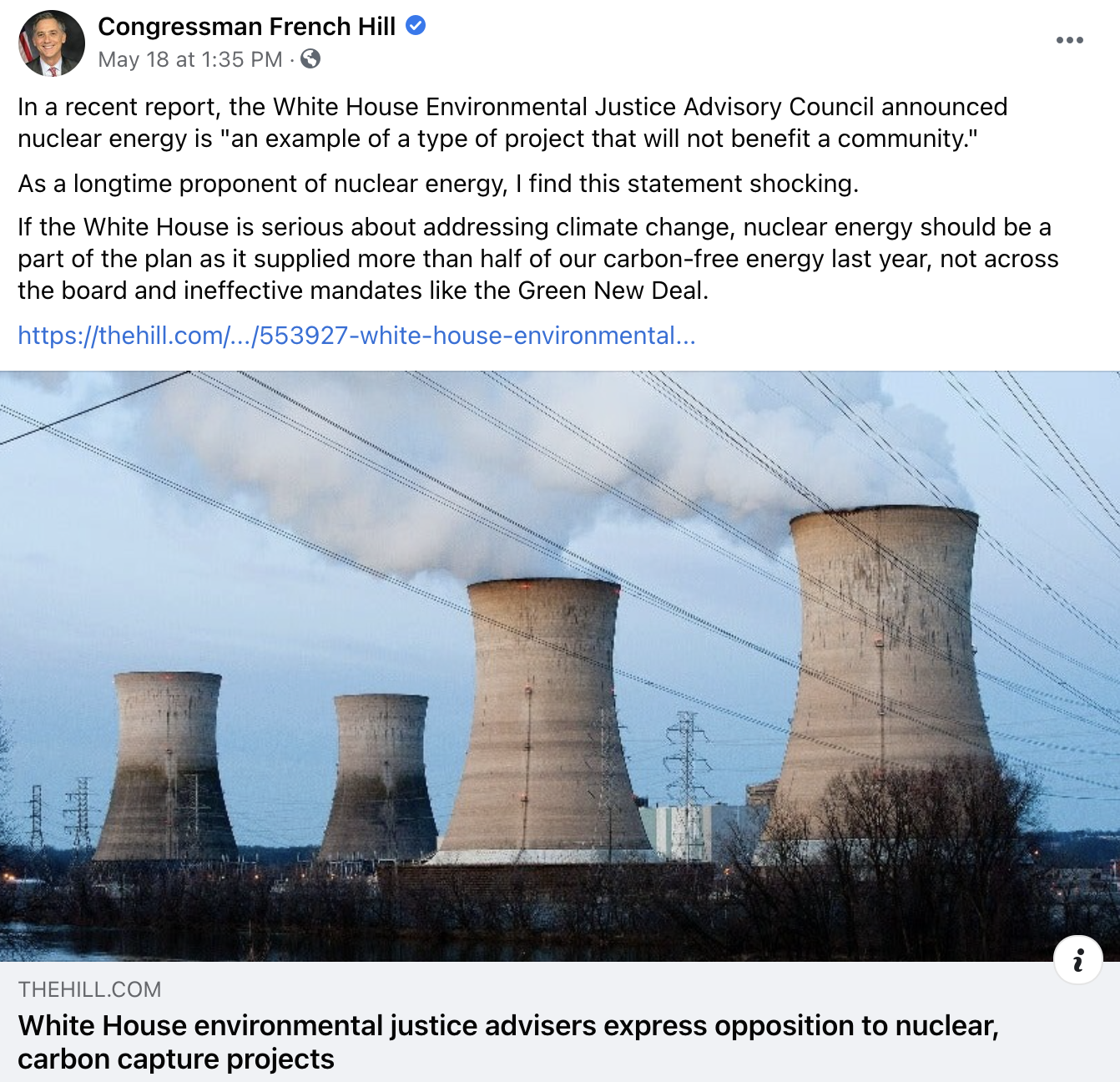 Representative Debbie Lesko (R-Ariz.) highlighted the importance of pipelines and investing in reliable sources of energy and protecting our energy security. 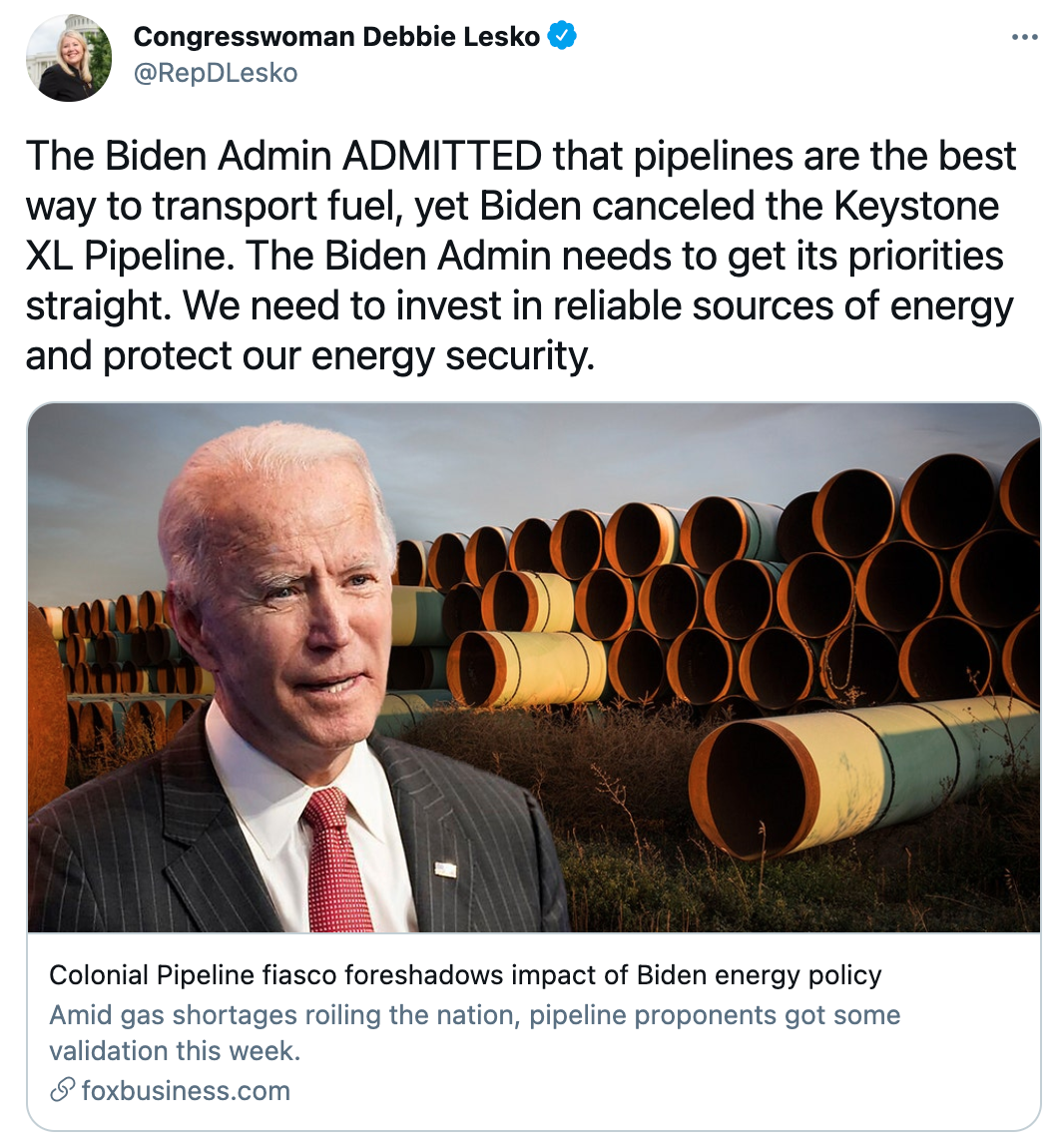 Representative Bob Latta (R-Ohio) blasted Energy Secretary Granholm for dodging his question at an Energy and Commerce hearing that pipelines are the safest and most efficient way to transport energy products. 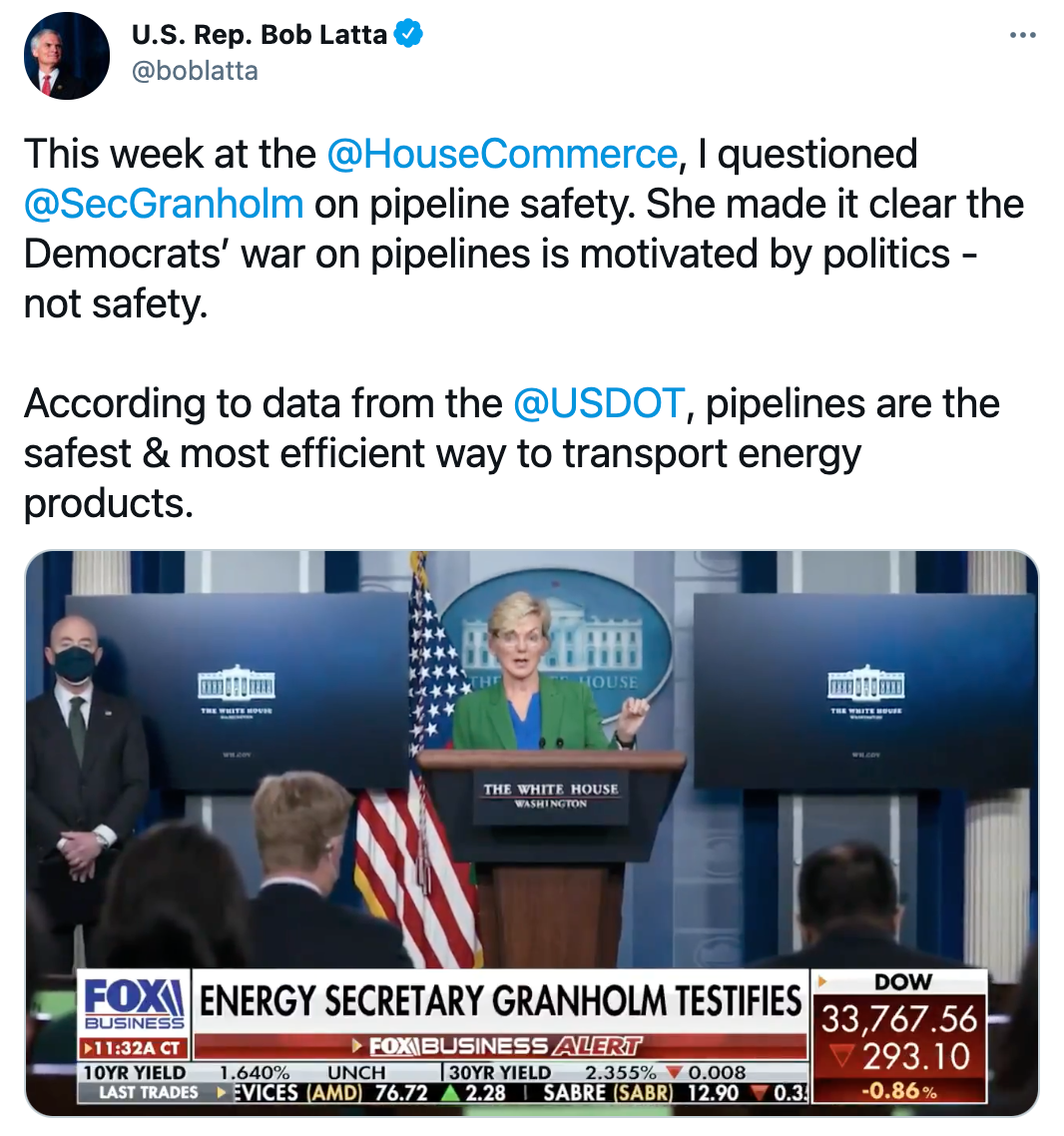 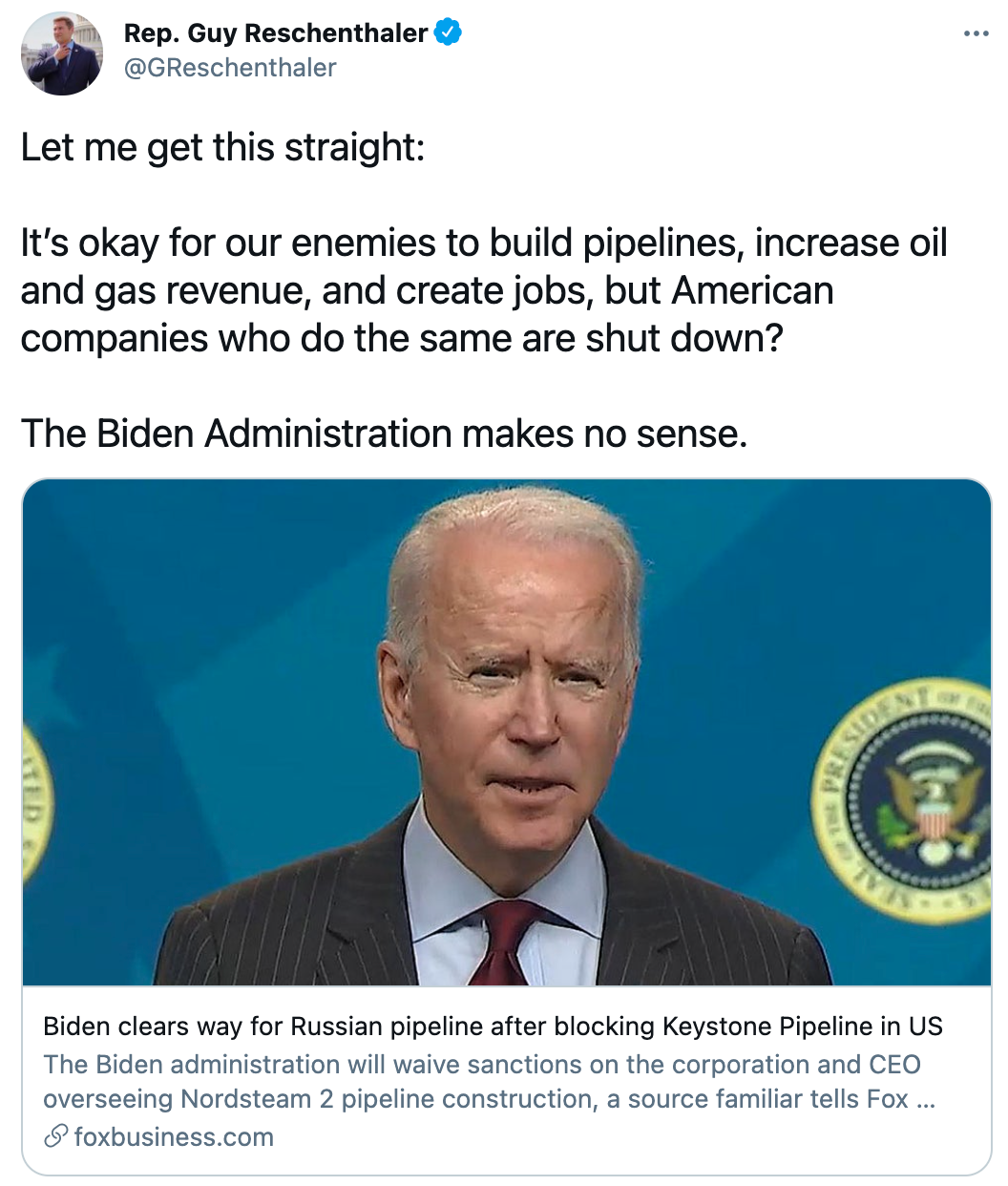