This inaugural HEAT Report highlights how HEAT Members are responding to the Biden Administration’s ongoing assault on American energy independence.

While President Biden pledged to create good-paying union jobs as part of his climate initiative, it appears his Administration does not have a plan in place to protect the hard-working oil and gas workers who will soon see their livelihoods destroyed by his policies.

This week, when asked about Keystone XL pipeline job losses, President Biden’s Press Secretary, Jen Psaki, couldn’t provide an answer on the “green jobs” these workers can expect to find. Additionally, his “Climate Czar” John Kerry told oil and gas workersthey “can be the people who go to work to make the solar panels.” Energy workers aren’t convinced and neither are we.

The American people deserve an all-of-the-above energy strategy that promotes responsible energy exploration and development. However, President Biden has wasted no time in waging an assault on American energy production, as well as the good jobs and low energy costs that go with it. Instead of caving to the far-left, President Biden should consider the devastating consequences that eliminating American energy will have on hard-working families and our national security. 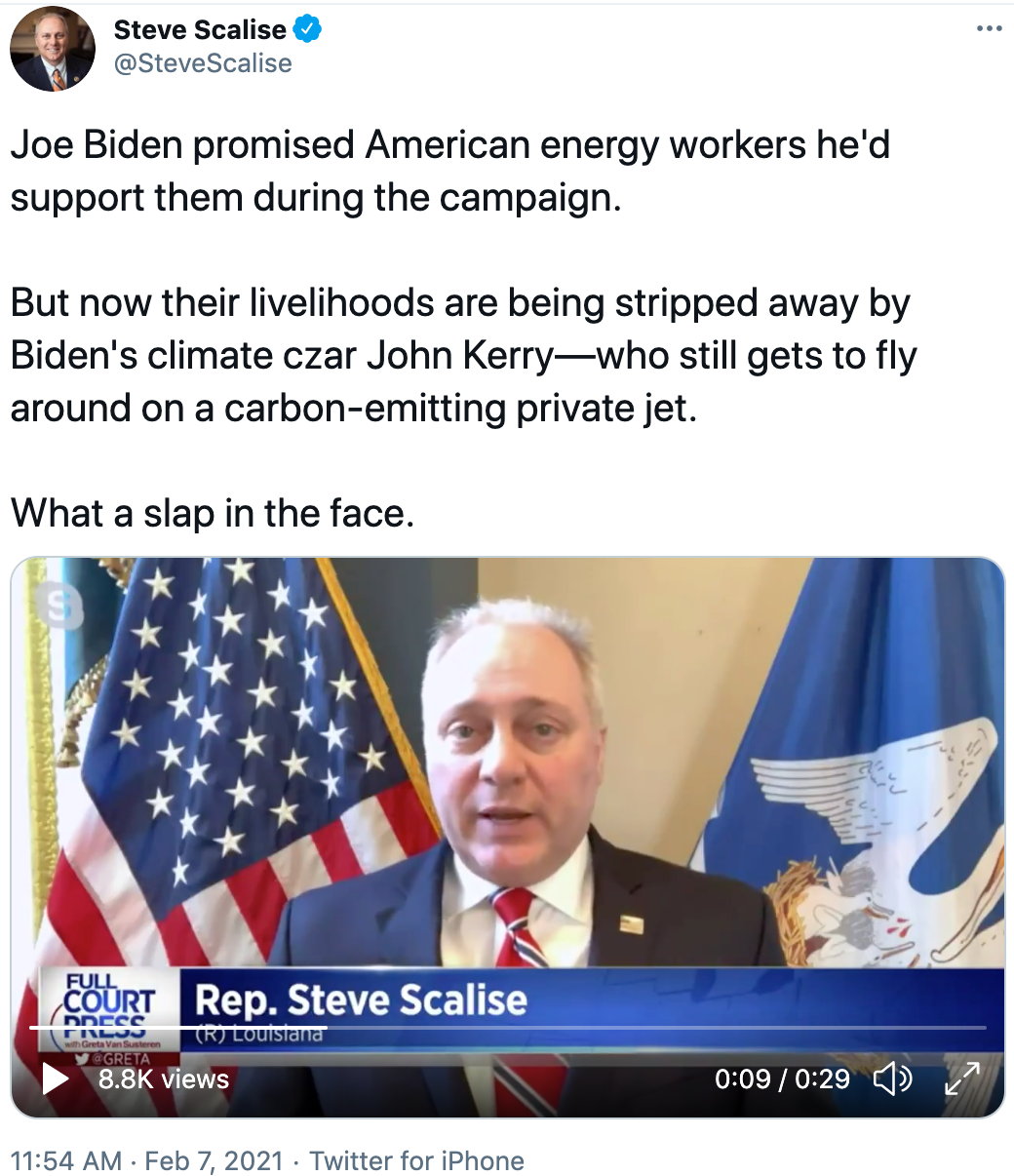 House Republican Conference Chair Liz Cheney (R-Wyo.) introduced the Safeguarding Oil and Gas Leasing and Permitting Act and the Safeguarding Coal Leasing Act to prohibit any moratorium on federal oil and gas leasing or permitting or coal leasing unless a joint resolution of approval is enacted by Congress. 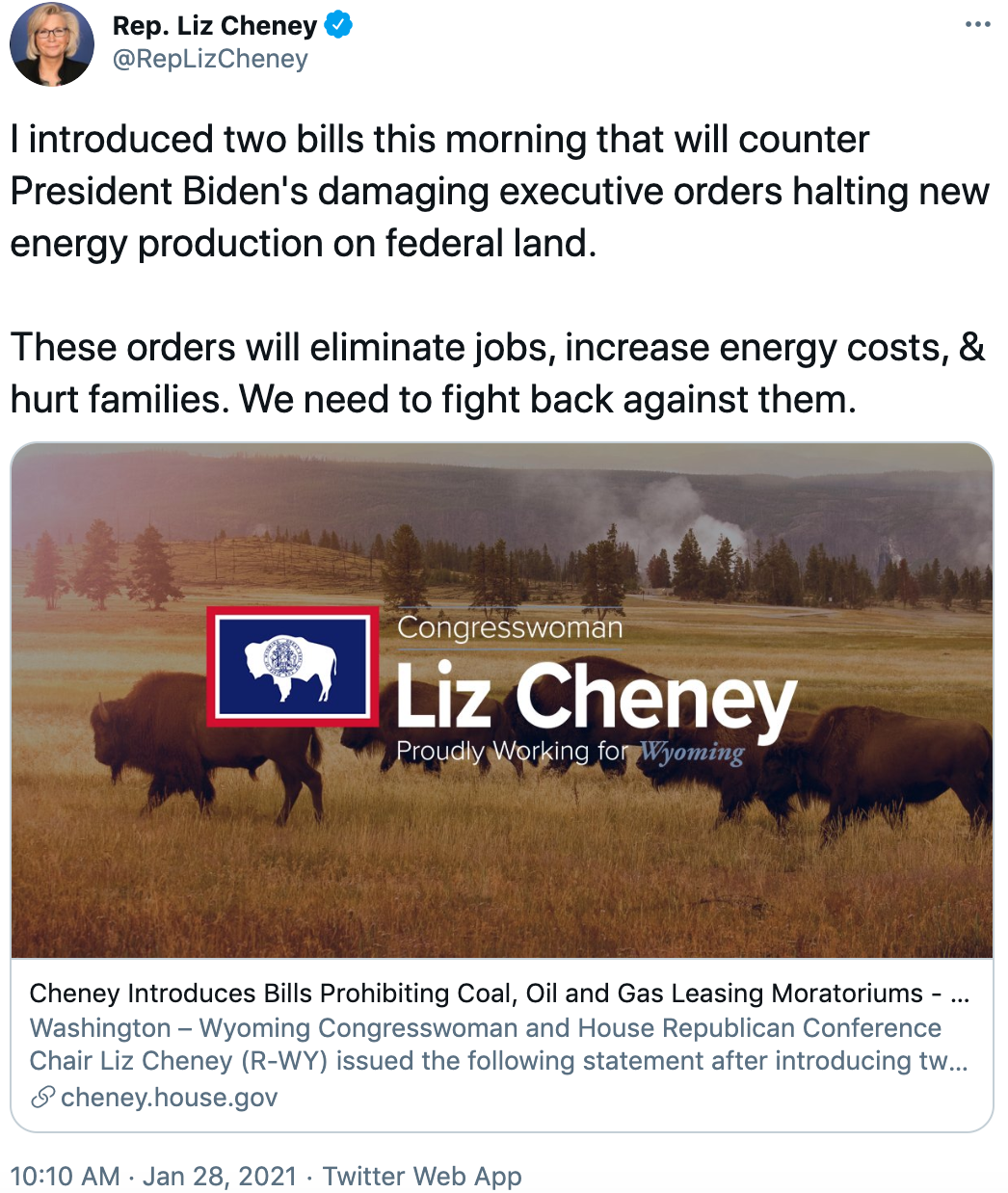 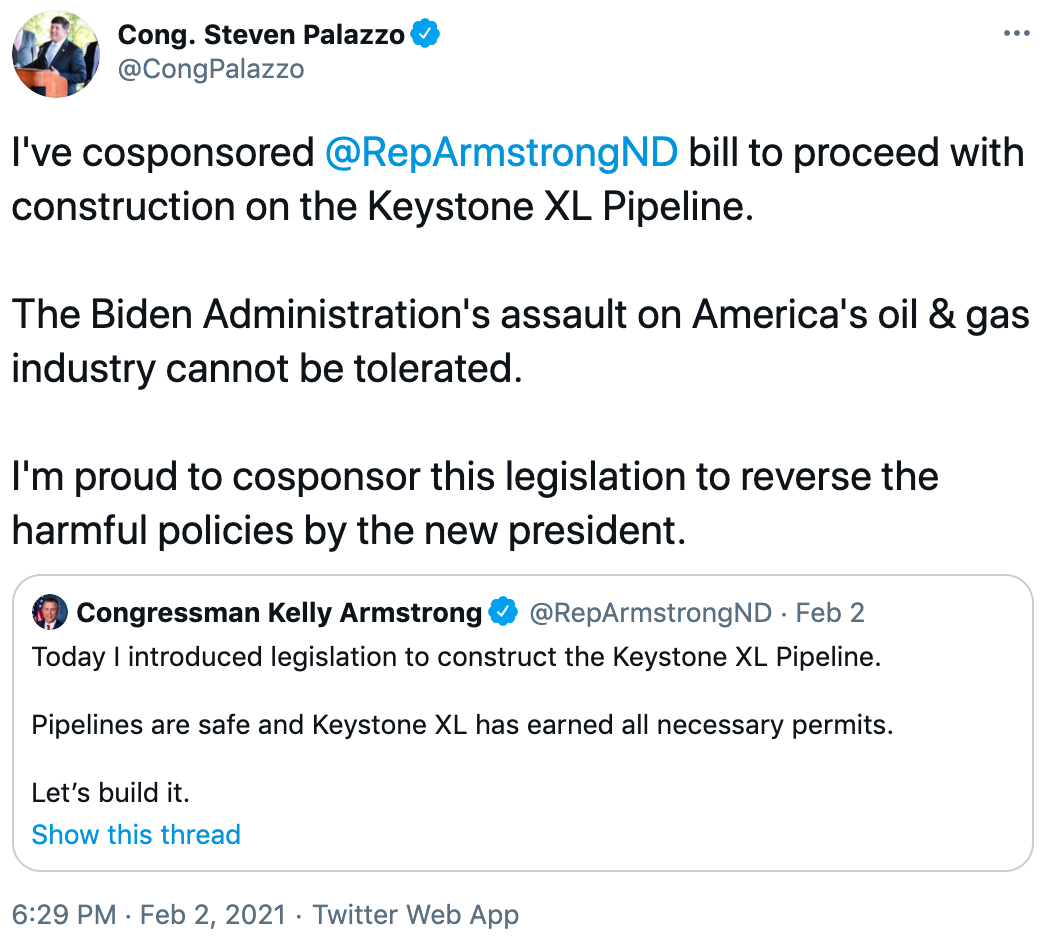 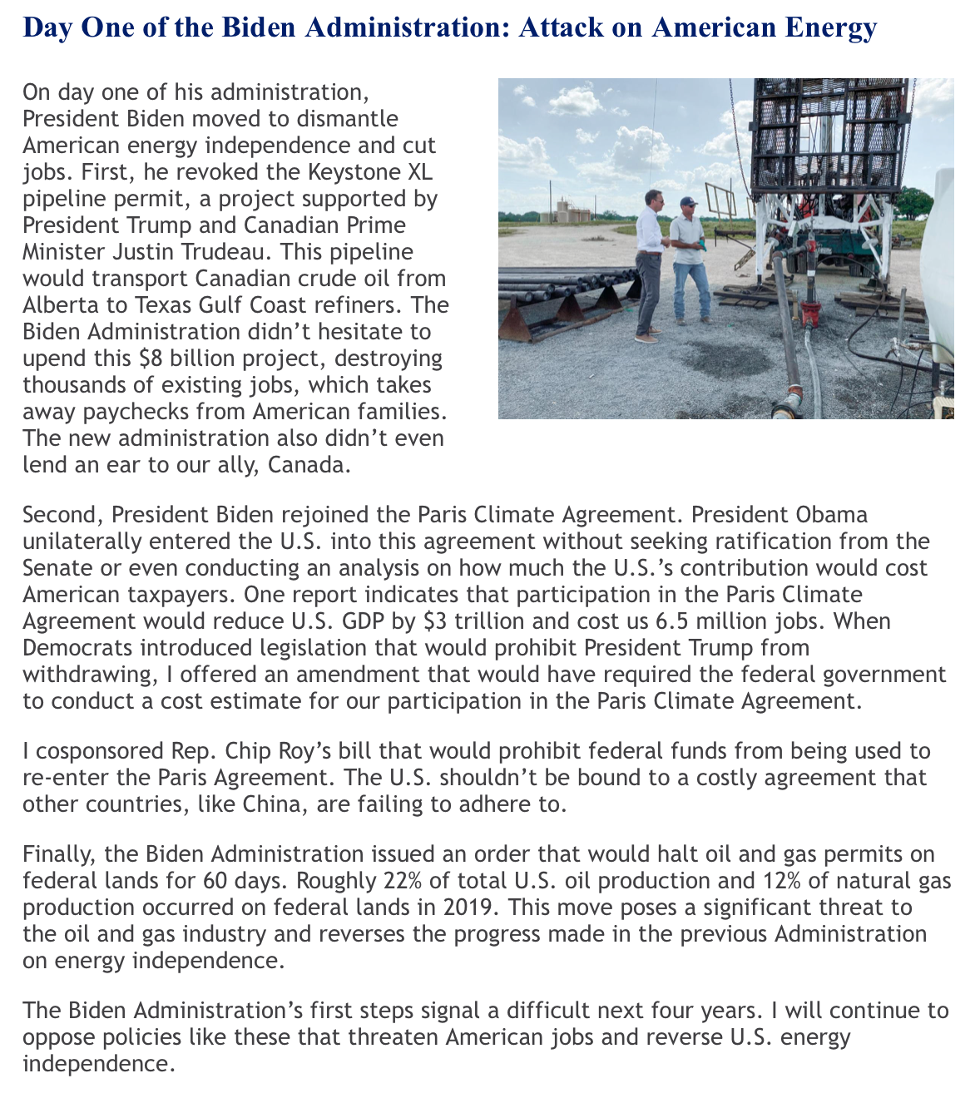 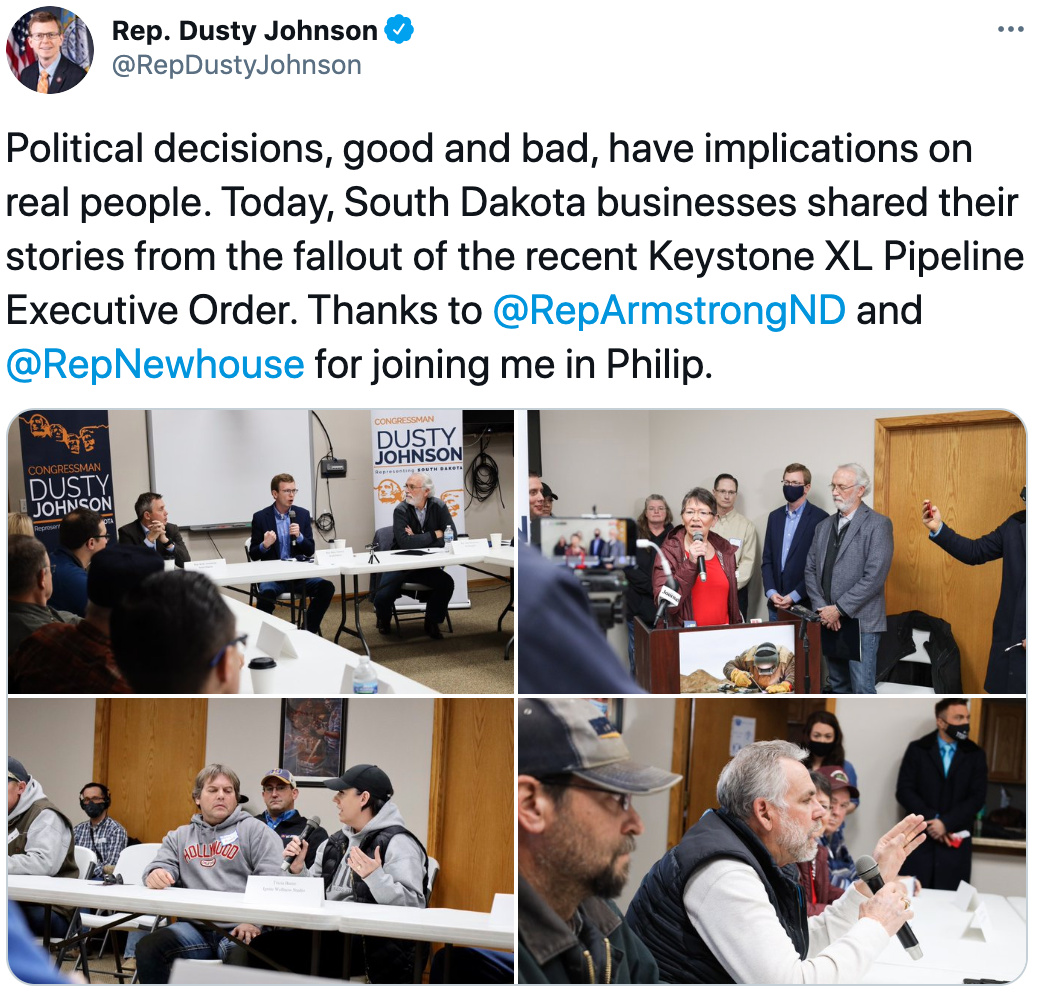 Representative Clay Higgins (R-La.) sent a letter to President Biden urging him to rescind Executive Orders (EO) 13990 and 14008, which would have harmful effects on oil and gas production. 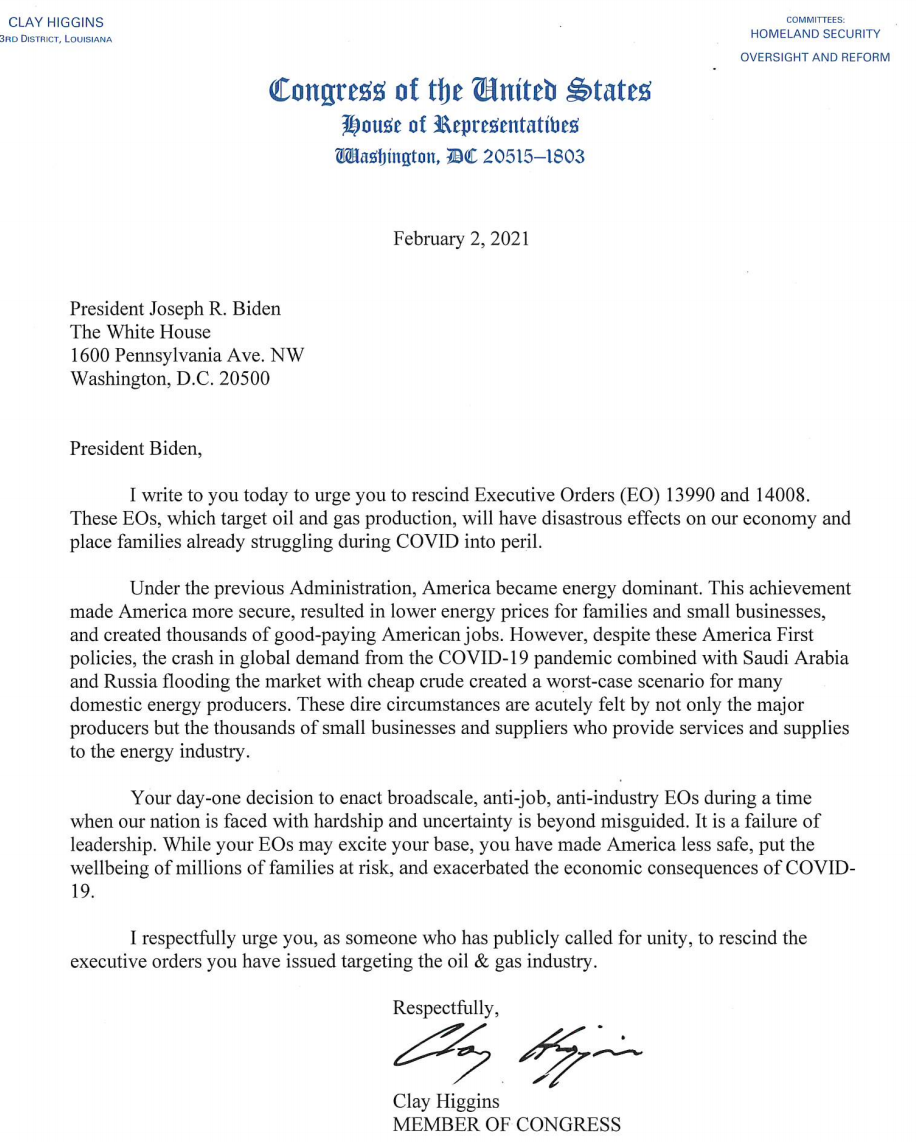 Representative Frank Lucas (R-Okla.) wrote an op-ed outlining the Biden Administration’s partisan energy agenda and the threat it has on American jobs and community development. 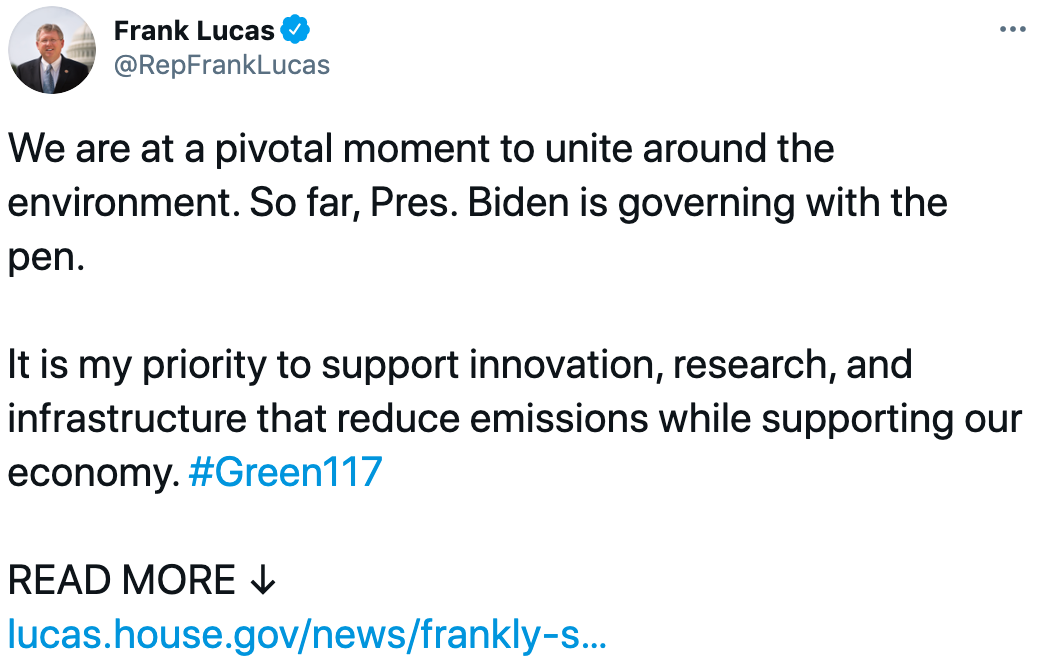 President Biden rejoined the Paris Climate Agreement. The agreement gives a free pass to the world’s worst polluters while restraining the American energy industry, which produces energy more cleanly and more efficiently than anywhere in the world.

President Biden indefinitely banned all new oil and gas leasing on federal lands and waters and halted permits for 60 days. This expected total ban is projected to cost one million jobs nationwide. Consumer energy prices will increase as American jobs and energy production are shipped overseas to adversaries like Russia, Iran, and Venezuela.

Representative Bob Latta (R-Ohio) outlines the grave consequences that would result from the Biden Administration’s moratorium on oil and gas leasing on federal lands and waters. 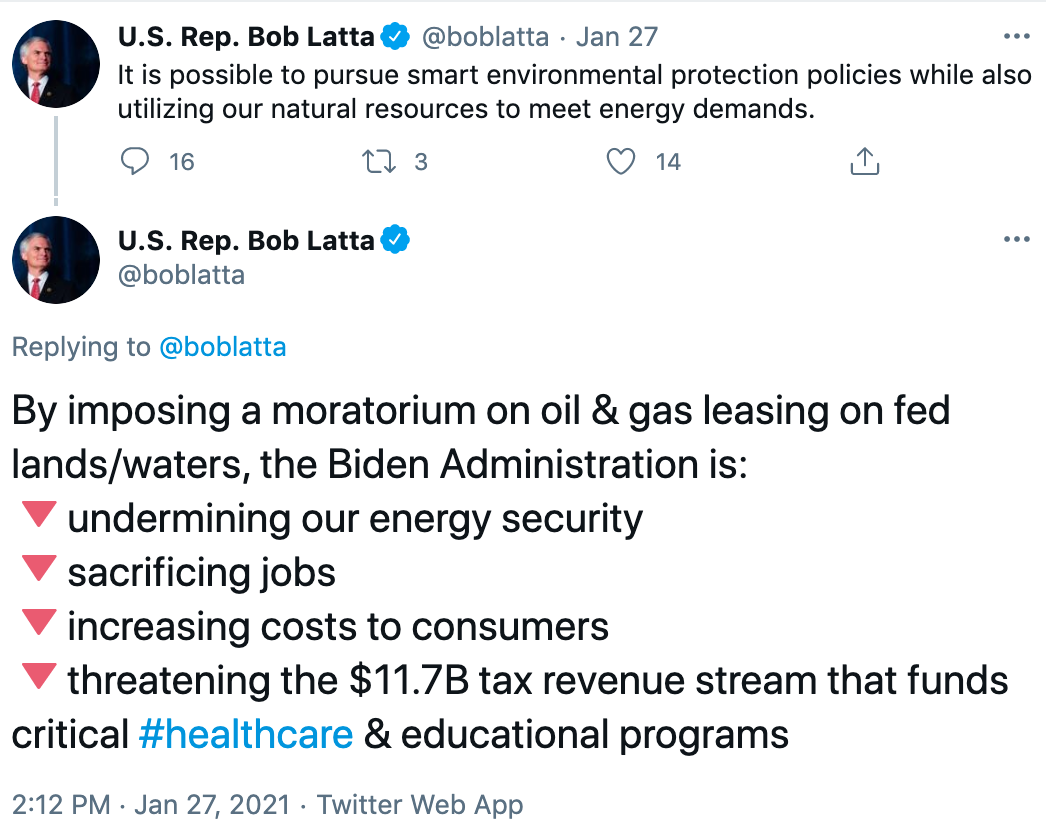 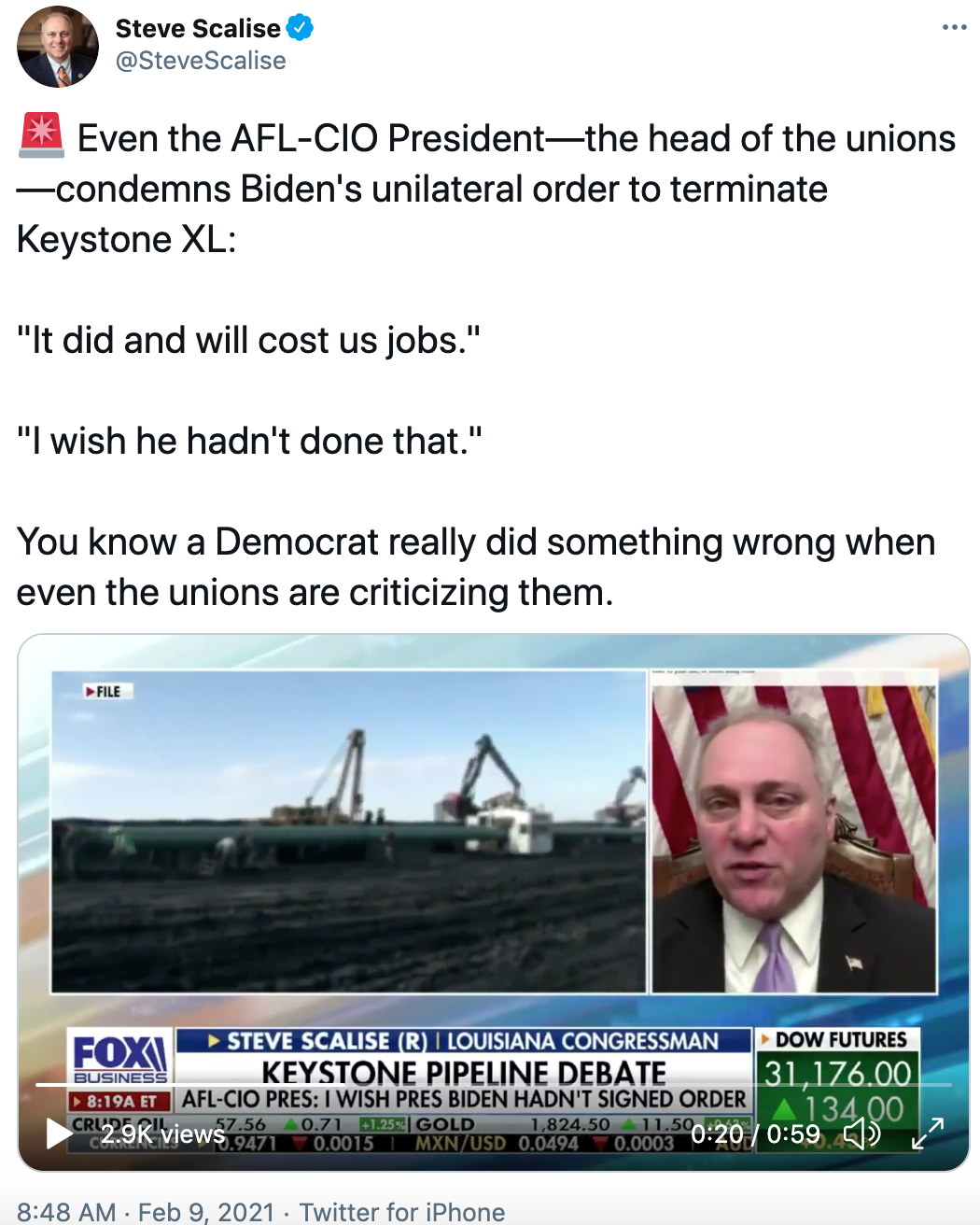 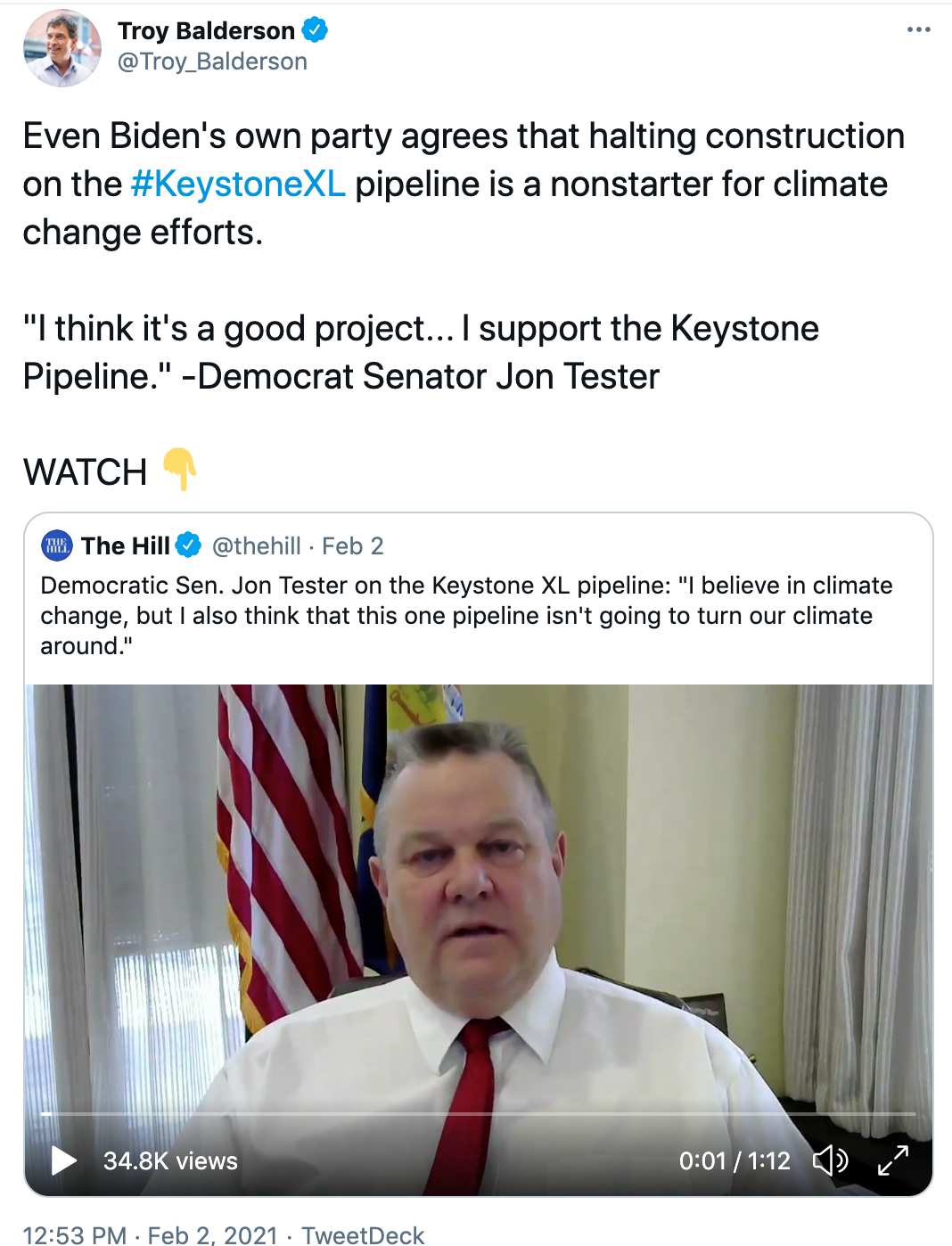 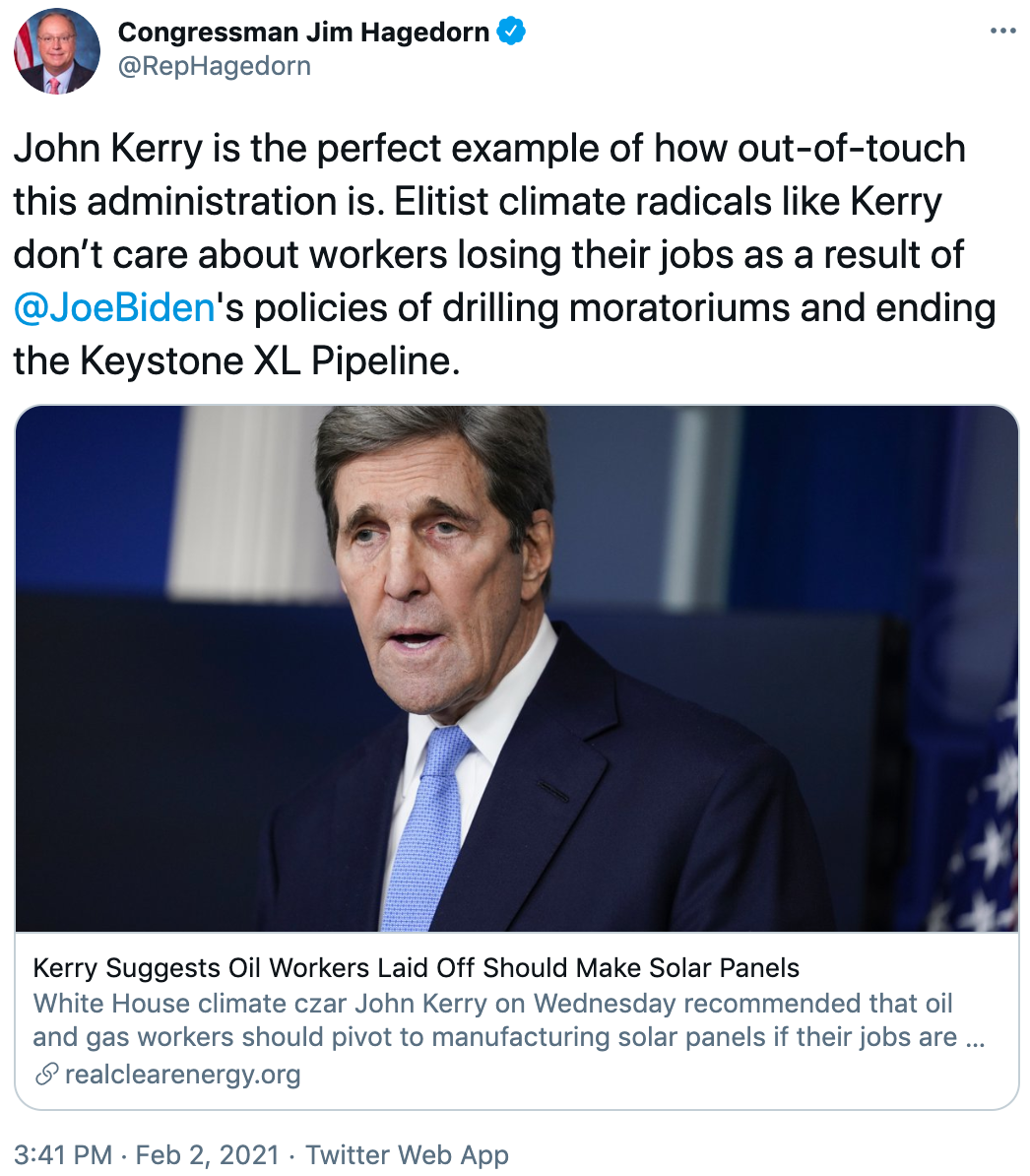 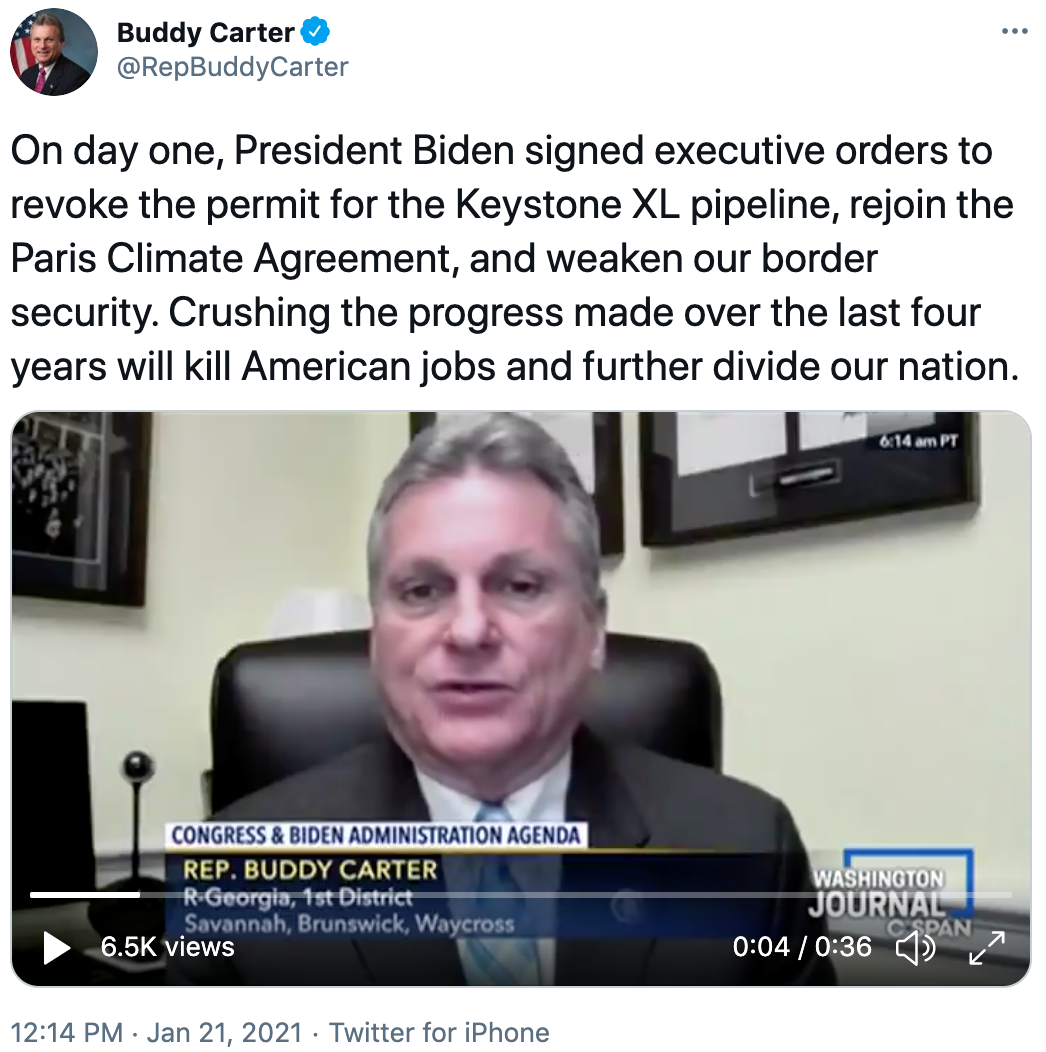