Fauci Incorrect, U.S. Tax Dollars Funded Gain-of-Function Experiments in China: Despite Dr. Anthony Fauci repeatedly denying that the federal government funded gain-of-function research in China, the National Institutes of Health (NIH) admitted to funding this type of research on bat coronaviruses at China’s Wuhan lab. In addition, the NIH revealed that EcoHealth Alliance, the U.S. non-profit that funneled NIH money to the Wuhan Institute of Virology, failed to comply with the terms of its grant and was conducting research the NIH did not approve.

Shortage of First Responders Linked to Vaccine Mandates: Front-line health care workers and first responders are being fired or suspended for not complying with COVID-19 vaccine mandates. New York City municipal workers have been told to get vaccinated by November 1st or face unpaid leave. The President of the FDNY Firefighter Association predicted this decision will get New York City residents killed because the city will be forced to close down 30 to 40 percent of its fire stations.

Select Committee Republicans Blast Democrats for Not Investigating COVID-19’s Origin: House Republican Whip and Ranking Member of the Select Subcommittee on the Coronavirus Crisis Steve Scalise (R-La.) called on Select Subcommittee Democrats to hold a hearing about the NIH admitting that U.S. taxpayers funded gain-of-function research on bat coronaviruses in Wuhan and the revelation that EcoHealth Alliance, the U.S. non-profit that funneled NIH money to the Wuhan Institute of Virology, failed to comply with the terms of its grant.

Fauci stands by gain-of-function research denials, defends collaboration with Wuhan lab (Washington Examiner)
“Dr. Anthony Fauci stood by his denial that the National Institutes of Health had funded risky gain-of-function research, despite the NIH admitted EcoHealth Alliance had violated grant rules when conducting bat coronavirus research. Fauci made the comments during an interview with George Stephanopoulos on ABC’s This Week. Stephanopoulos first played a short clip from an Axios interview with Republican Sen. Rand Paul, who said President Joe Biden should ‘absolutely’ fire Fauci ‘just for lack of judgment, if nothing else.’”

Scientists Demand to See Wuhan Lab Coronavirus Data From EcoHealth Alliance (Newsweek)
“Scientists have called on EcoHealth Alliance (EHA) to make its coronavirus research data public amid an ongoing debate over whether COVID may have originated from a lab. The U.S.-based organization has worked for years to research bat viruses with the Wuhan Institute of Virology (WIV), which is based in the city where the first COVID cases were reported. Last week the National Institutes of Health (NIH) ordered EHA to hand over any unpublished coronavirus research data it held. The U.S. medical research agency accused EHA of failing to immediately report findings that showed how an engineered bat coronavirus made mice sicker than a normal version. The NIH said that not reporting this immediately violated the terms of funding it had given EHA.”

Where Are the Wuhan Subpoenas? (WSJ Opinion)
“Anthony Fauci and NIH Director Francis Collins have insisted that their organizations didn’t fund gain-of-function research, which was banned in the U.S. from 2014-2017. Dr. Fauci has spoken to Congress this year and remains firm, likely betting that his de facto affiliation with Democrats shields him from real scrutiny. But Americans deserve to know whether taxpayer dollars funded risky research that could have started a pandemic. The intelligence community’s 90-day Covid-19 origins review was a muddle. The Chinese Communist Party has done everything it can to thwart a real investigation. The World Health Organization’s efforts have been undermined by conflicts of interest. EcoHealth Alliance chief Peter Daszak was appointed to the expert group that visited China this year, and several proposed members for the new Scientific Advisory Group for the Origins of Novel Pathogens have conflicts as well.”

Axios-Ipsos poll: Confidence in Biden COVID recovery tumbles (Axios)
“Confidence in President Biden’s ability to rescue the economy from COVID-19 has dropped since January, even as Americans’ faith rises in his ability to make the vaccine widely accessible, according to the latest installment of the Axios/Ipsos Coronavirus Index. It’s Democrats and independents driving the declining economic confidence, from 52% of all U.S. adults at the start of his presidency to 44% now. Their softening faith could hinder Biden’s ability to lead and hurt Democrats’ position heading into the 2022 midterms. In another ominous sign, barely two in 10 Americans are confident Biden can convince vaccine skeptics to take the shots.”

Stress from COVID-19 pandemic causing millennials to struggle with decision-making: survey (Fox News)
“According to an American Psychological Association survey of “Stress in America,” millennials were particularly affected, with nearly 50% of more than 3,000 adult respondents reporting that they are struggling with daily tasks as coronavirus continues to spread. Comparatively, only 37% of Gen Z, 32% of Gen X, 14% of boomers and 3% of older adults reported the same. Nearly a third of adults who took the online August/COVID Resilience Survey conducted by The Harris Poll said sometimes they are so stressed about the pandemic that they struggle to make basic decisions and more than a third of them said it has been more stressful to make day-to-day decisions and major life decisions in comparison to life before the pandemic.” 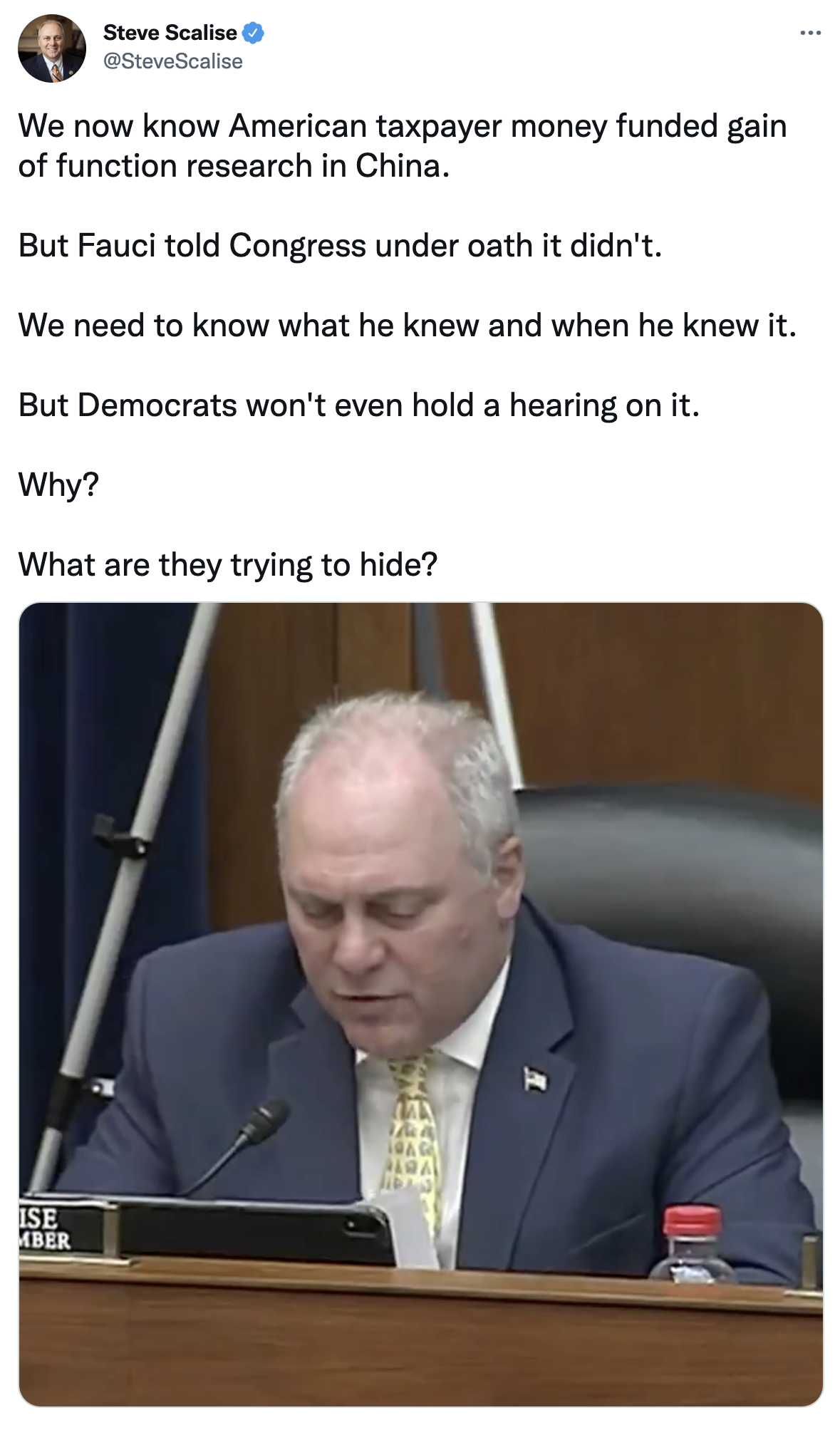 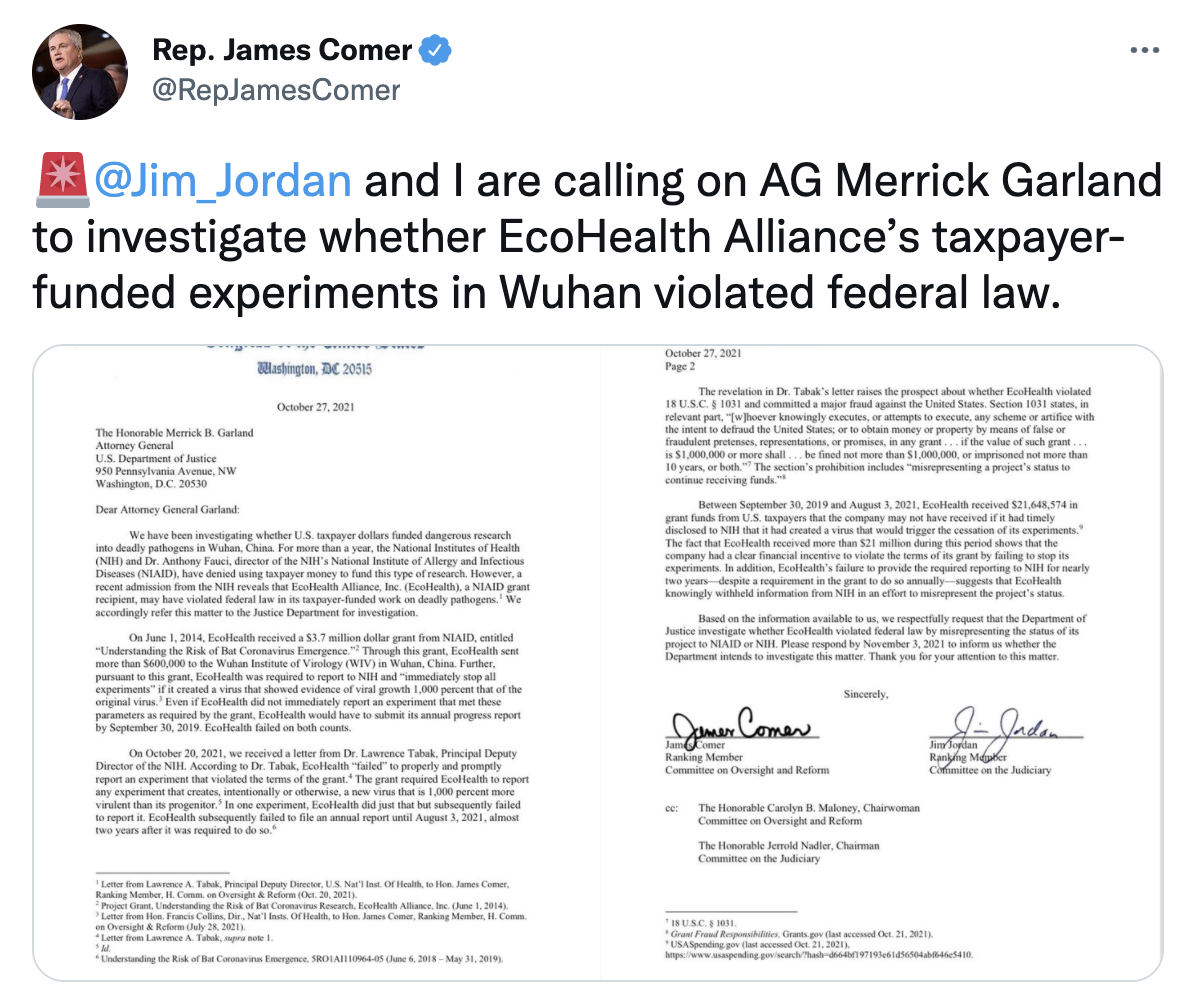 Representative Nicole Malliotakis (R-N.Y.) insists that Dr. Fauci tells the truth about the NIAID  providing funding for experiments on puppies. 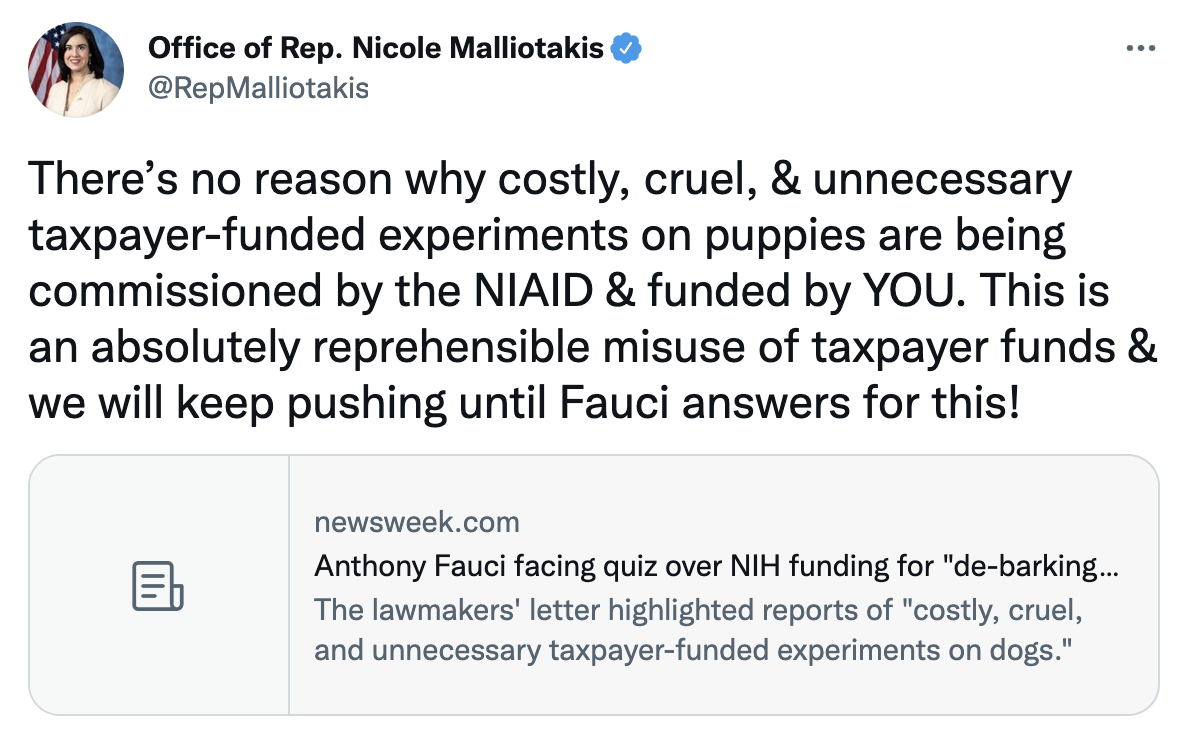 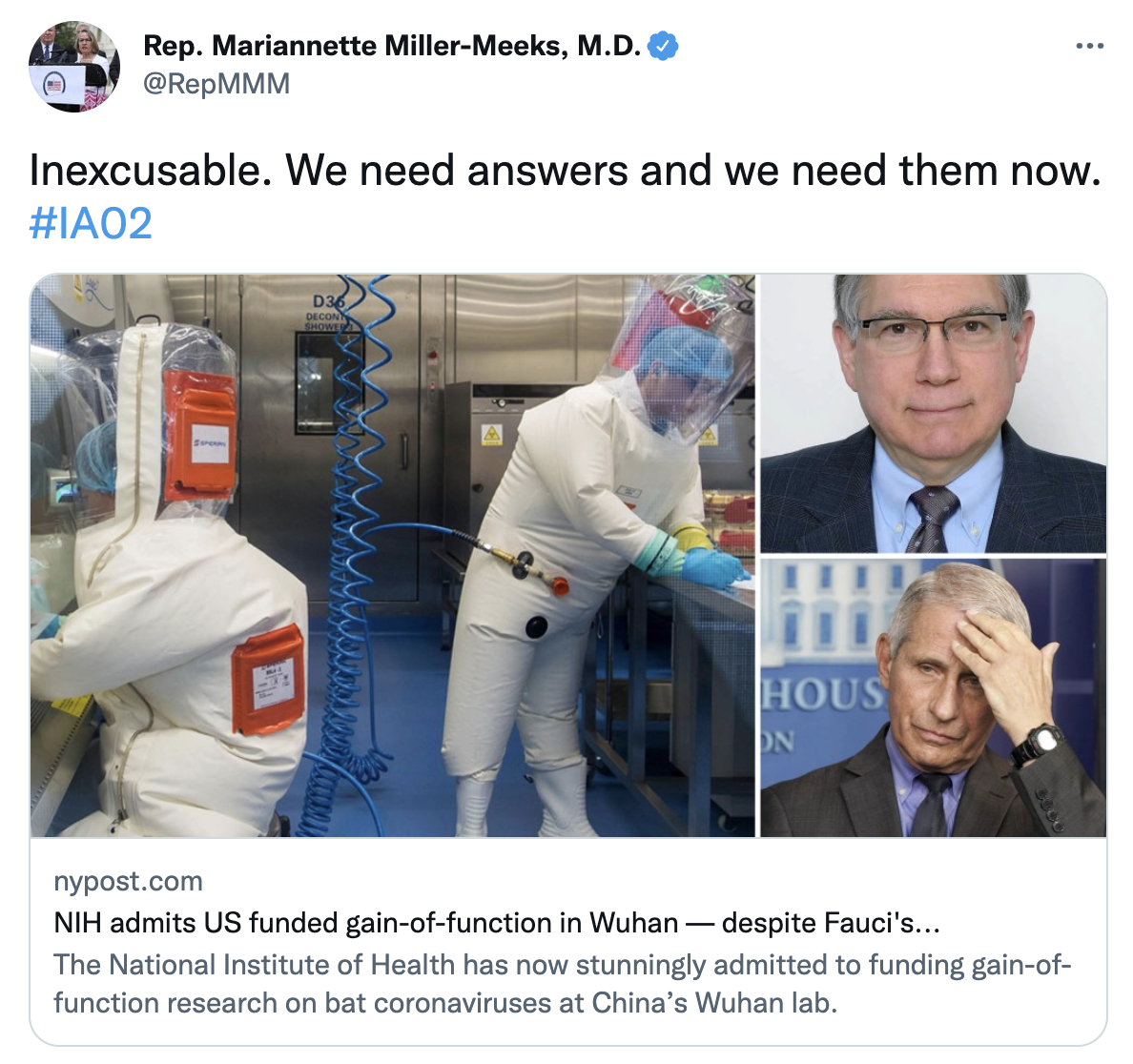 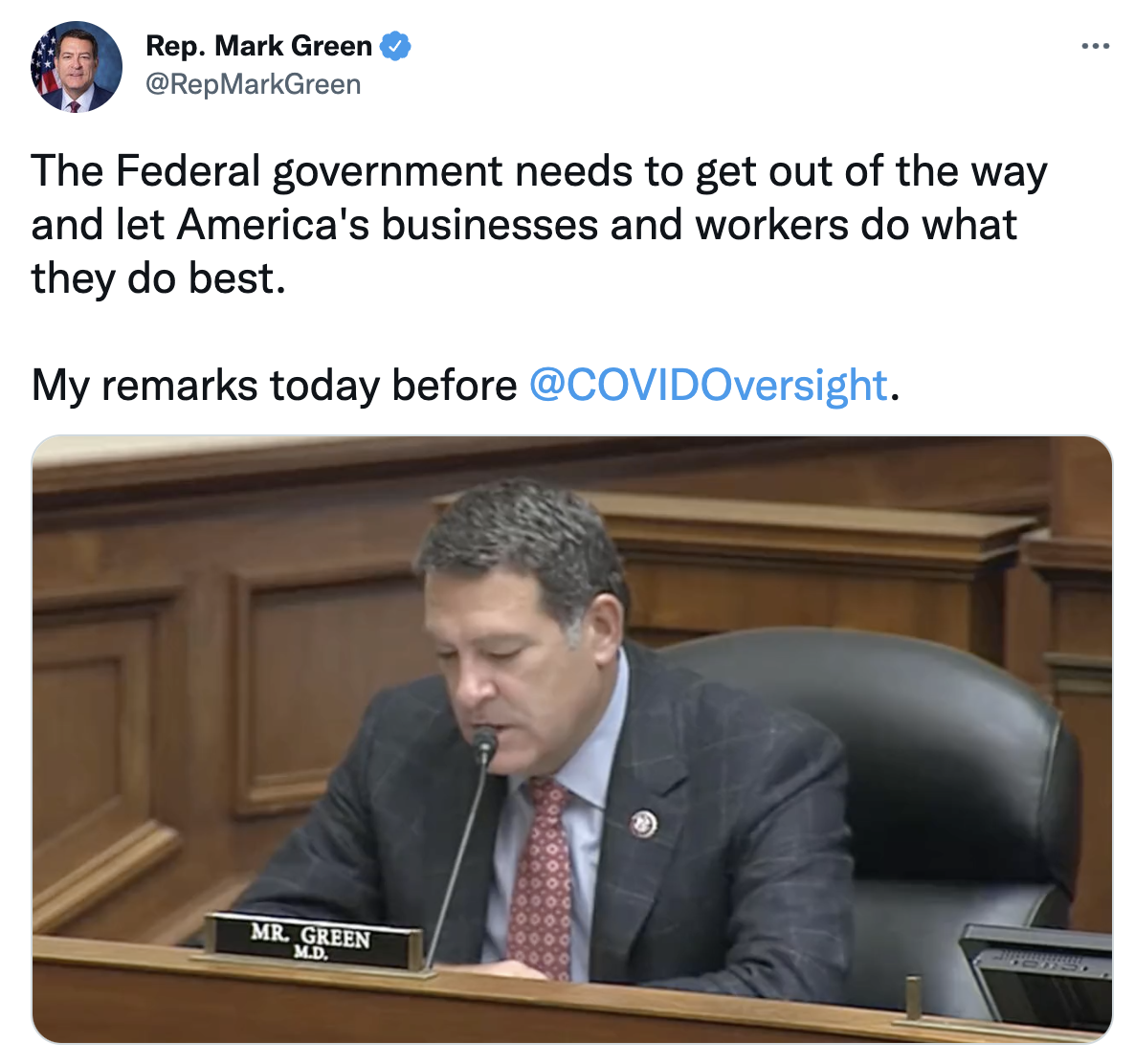