Health Crisis at the Border: The Biden Border Crisis is a health crisis. U.S. Customs and Border Protection is not testing migrant children for COVID-19 at border stations and an alarming number of migrant children are testing positivefor the virus once they leave overcrowded Border Patrol stations.

New York May Be Funneling Federal Tax Dollars to Illegal Immigrants: New York Democrat lawmakers struck a deal to provide $2.1 billion in unemployment benefits to illegal immigrants. Coincidentally, the $2.1 billion sum matches the additional federal dollars to be given to New York as part of the recently passed $1.9 trillion spending bill, raising concerns they may be funneling federal money to illegal immigrants.

Kids Committing More Violent Crimes Amid Remote Schooling: Amid virtual school, there is an alarming trend in violent crime and carjackings being committed by juveniles. Miami Police Chief, Art Acevedo, recently said, “You know, idle minds are the devil’s playground. And a lot of these kids, they’ve been idle for a year and a half now without going to school. And that’s been a big problem.”

Kids Committing More Violent Crimes Amid Remote Schooling: Amid virtual school, there is an alarming trend in violent crime and carjackings being committed by juveniles. Recently, the Chicago Police Department announced first-degree murder and armed carjacking charges against a 16-year-old boy. Earlier this year, the Chicago Police Department saw a 180% increase in carjackings in January 2021 compared to the same time the previous year, noting many offenders are minors. D.C. police also recently said a 12-year-old was charged in three attempted armed carjackings. And tragically, a Pakistani immigrant was killed after two girls, ages 13 and 15, used a taser to steal his car and sped off with him hanging onto his car. Miami Police Chief, Art Acevedo, recently told Fox News, “You know, idle minds are the devil’s playground. And a lot of these kids, they’ve been idle for a year and a half now without going to school. And that’s been a big problem.”

New York May Be Funneling Federal Tax Dollars to Illegal Immigrants: Last week, New York Governor Andrew Cuomo and state Democrat lawmakers struck a deal to provide $2.1 billion to provide unemployment benefits to illegal immigrants. Coincidentally, the $2.1 billion sum matches the additional federal dollars to be given to New York as part of the $1.9 trillion spending bill. House Budget Committee Ranking Member Jason Smith (R-Mo.) and House Committee on Oversight and Reform Ranking Member James Comer (R-Ky.) are calling for a review to ensure federal dollars are not being funneled to illegal immigrants.

Health Crisis at the Border: Since his first day in office, President Biden and his administration have taken several actions to dismantle deterrence-focused policies aimed at curbing illegal immigration. As a result, there is now not only a humanitarian and national security crisis at the southwest border, but a health crisis. NBC News reports U.S. Customs and Border Protection is not testing migrant children for COVID-19 at border stations. ABC News reports an alarming number of migrant children are testing positive for the virus once they leave overcrowded Border Patrol stations. President Biden refuses to follow the science and reopen schools but is permitting superspreader events at the U.S.-Mexico border.

Hearing to Examine Biden’s Response to the Pandemic: This week, the Select Subcommittee will hold a hearing to examine the Biden Administration’s response to the COVID-19 pandemic with Centers for Disease Control and Prevention Director Rochelle Walensky, National Institute of Allergy and Infectious Diseases Director Anthony Fauci, and Chief Science Officer for COVID Response David Kessler. To recap Biden’s pandemic blunders since assuming office:

Education Tragedy in Los Angeles (WSJ Editorial Board)
“Americans are only beginning to understand the damage from keeping so many students out of the classroom for the past year. It’s the greatest outrage of the pandemic, and maybe the most destructive. A new report by the nonprofit Great Public Schools Now quantifies the harm so far to children in the Los Angeles Unified School District … The refusal by union teachers to do their jobs in class has created learning disparities that may never be overcome. Parents should be furious, and unions should be stripped of their public school monopoly.”

Teachers are vaxxed, the science is clear: Stop abusing our children and open the schools (NY Post)
“When the dust clears and the pandemic is in our rearview mirror we cannot forget the people, union heads and lame politicians, who put our kids last and didn’t care whatsoever about doing the right thing for them. No amount of money thrown at the schools by President Biden has made an iota of difference. They don’t care about our kids and they show it every single day. Remember.”

VA father of 3 gives scathing speech with Fairfax County schools still not fully open (Fox News)
“A Virginia father on Wednesday gave a scathing speech before the Fairfax County Public School Board, urging the board to reopen schools five days a week after nearly a year of closures due to COVID-19.
FCPS announced last week that it would reopen PreK-12 schools four days a week throughout April and would open five days a week next fall, but Rory Cooper, managing director of Purple Strats and father of three, says that because of the school district’s cafeteria rules, his kids are only back to in-person learning two days a week. ‘My kindergartener first saw the inside of a school in March,’ Cooper said in his speech posted to Twitter and YouTube, noting that his son’s Little League team has been practicing since last fall. ‘His first directive? That the playground was off-limits. I assume the board still sprays its mail with Lysol.’”

New accounts detail how New York health officials were told to prioritize coronavirus testing of people connected to Andrew Cuomo (WaPo)
“New York Gov. Andrew M. Cuomo’s relatives and other well-connected New Yorkers were among those given preferential treatment at state coronavirus testing centers. State troopers were on standby to rush their samples to a lab to be expedited. And those with priority status got results within hours or a day, compared with the wait of up to a week that other New Yorkers faced at the time. Seven individuals with firsthand knowledge of testing practices said that some people with access to power were able to largely bypass the overburdened resources available to the general public when the pandemic first gripped New York last year.”

Cuomo administration tracked nursing home deaths despite claims they couldn’t be ‘verified,’ document shows (Fox News)
“New York Gov. Andrew Cuomo’s administration was tracking the location of nursing home residents who died of COVID-19 since at least April 2020, despite officials’ claims that those numbers could not be ‘verified’ for a report issued months later.  The revelation comes in a new Department of Health document obtained exclusively by Fox News. According to the document, nursing homes were required to submit the number of residents who died from COVID-19 at least once daily.”

The Wuhan Whitewash (WSJ Editorial Board)
“The World Health Organization on finally released its report on the origins of the coronavirus, and the result wasn’t worth the wait. The document is best understood as a whitewash heavily influenced by the Chinese Communist Party and Westerners with conflicts of interest. … The Biden Administration knows the underlying intelligence and should release it to the public. Unless it does, China’s propaganda backed by the WHO’s failure will prevail in much of world opinion. The Biden Administration says it wants to revitalize multilateral institutions, and that should start with refusing to accept the WHO’s Wuhan whitewash.”

Miller-Meeks says U.S. should take note of the speed of vaccine development(Newton Daily News)
“U.S. Rep. Mariannette Miller-Meeks says it was ‘nothing short of miraculous’ a vaccine for COVID-19 was produced within nine months. It’s one of the most important lessons to be learned from the pandemic, and ‘needs to become part of our national dialogue and part of our protocols … If you know the vaccine system, (if) you know the development system, this is truly remarkable that we were able to do that and with the level of effectivity that this vaccine has,’ Miller-Meeks told Newton News Friday, April 2 during a visit to Medicap Pharmacy in Jasper County.” 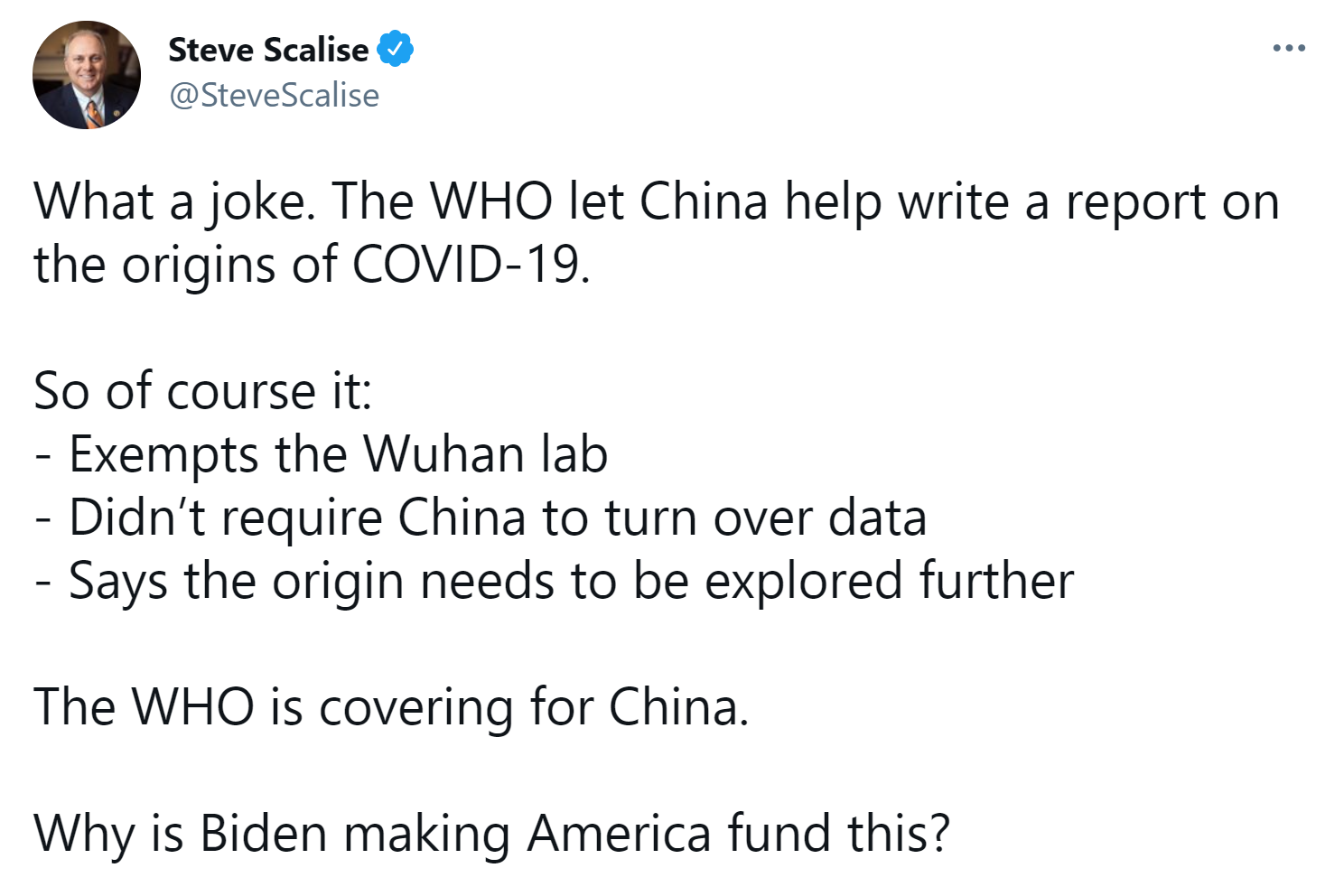 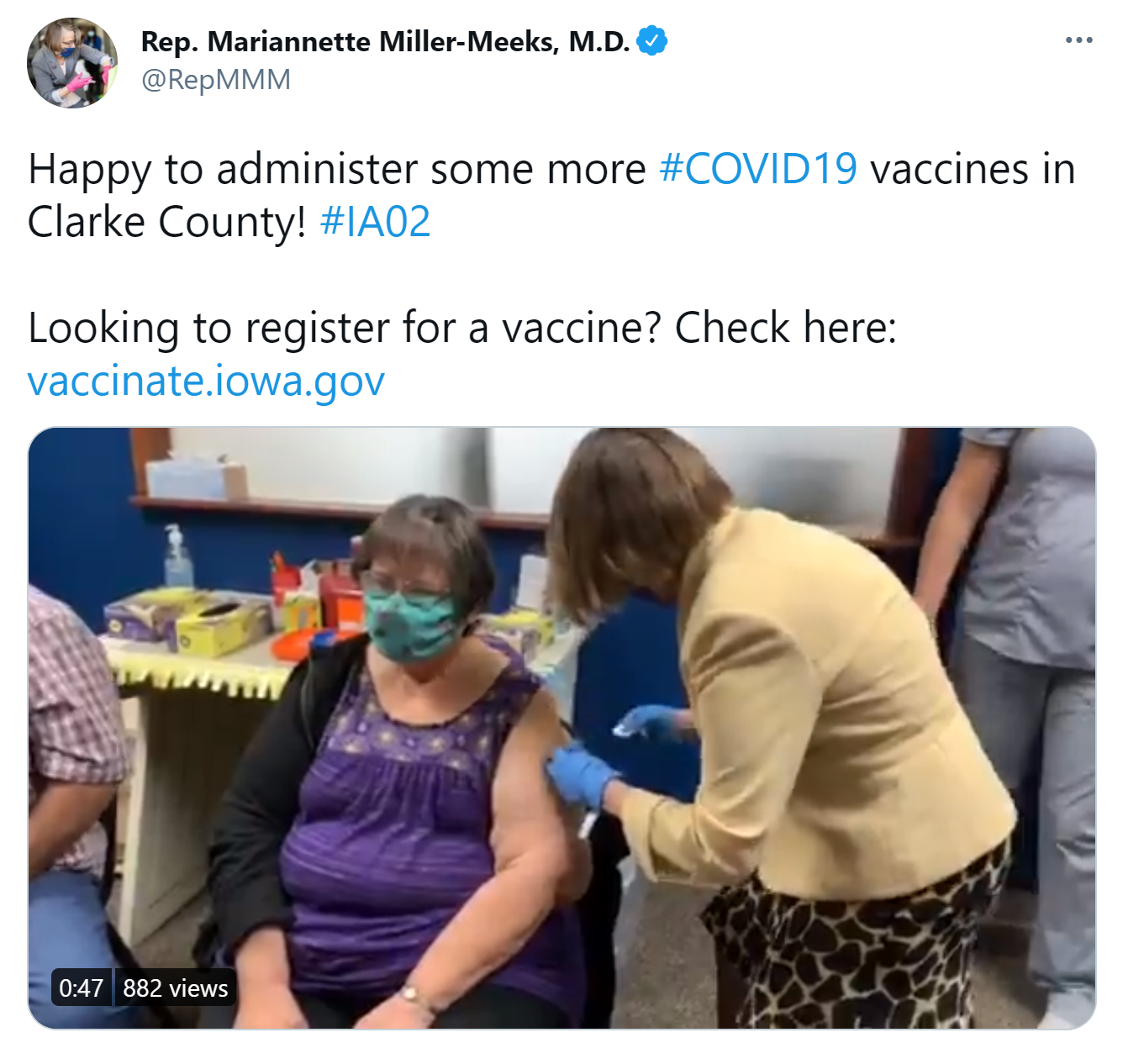 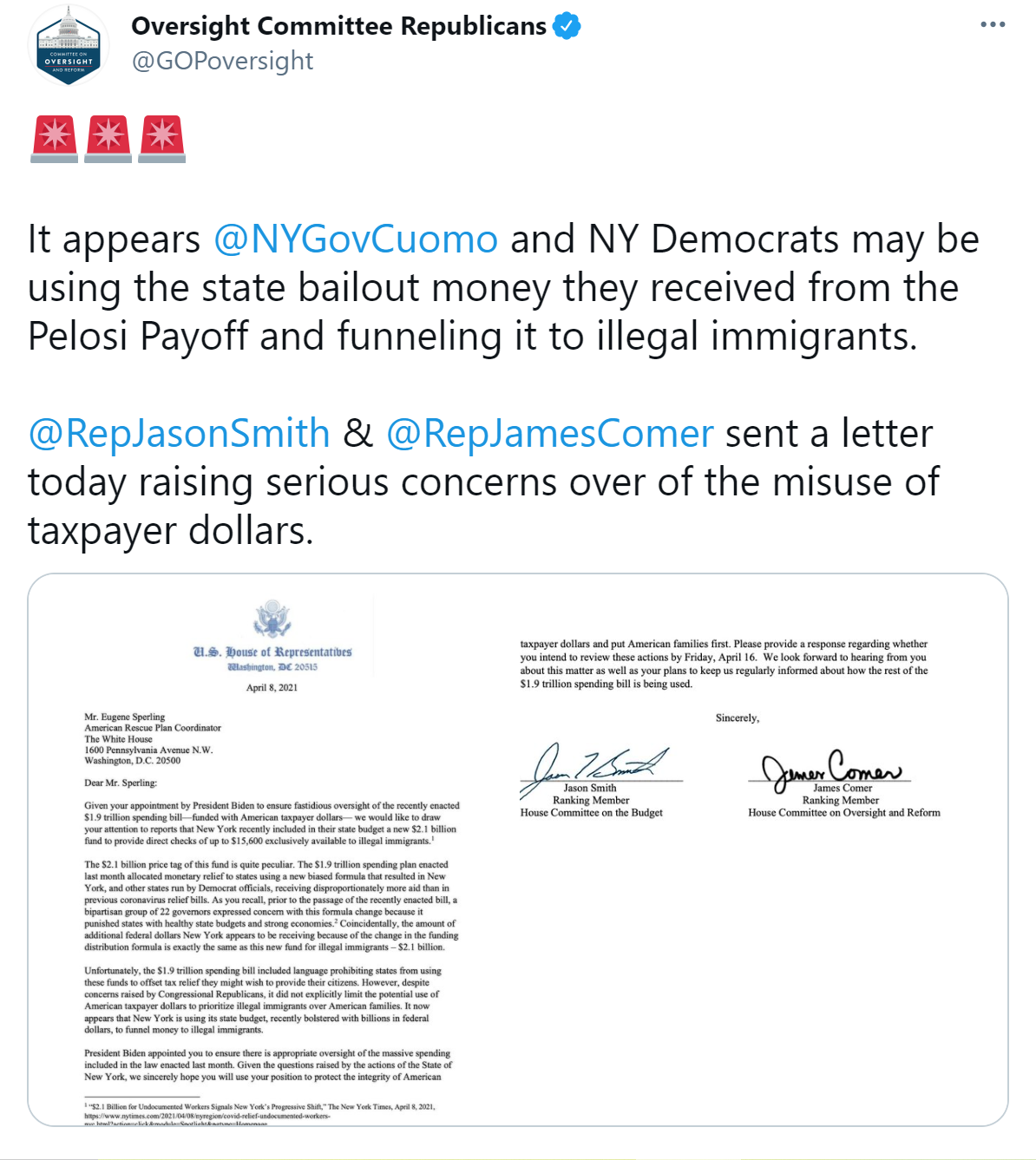 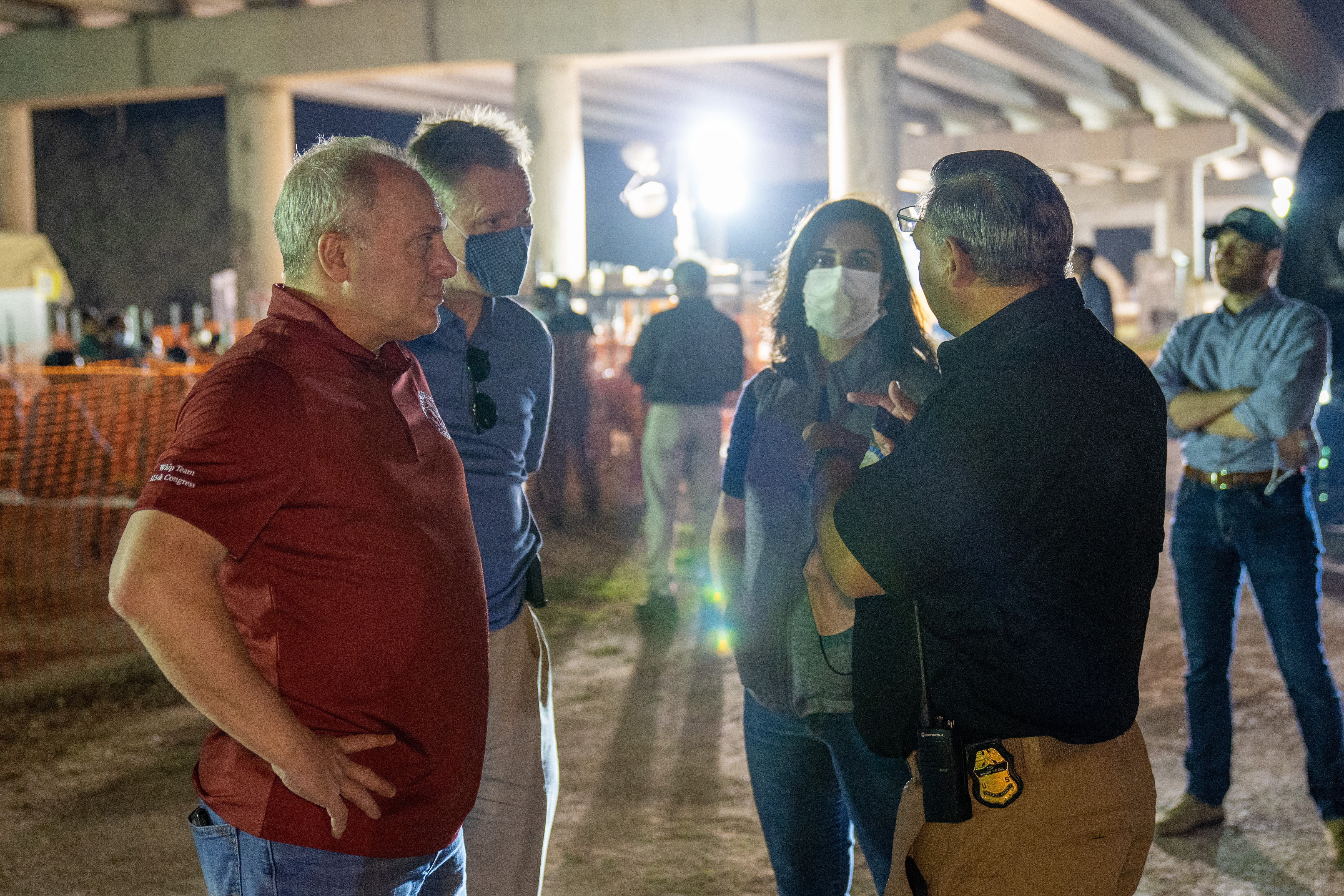 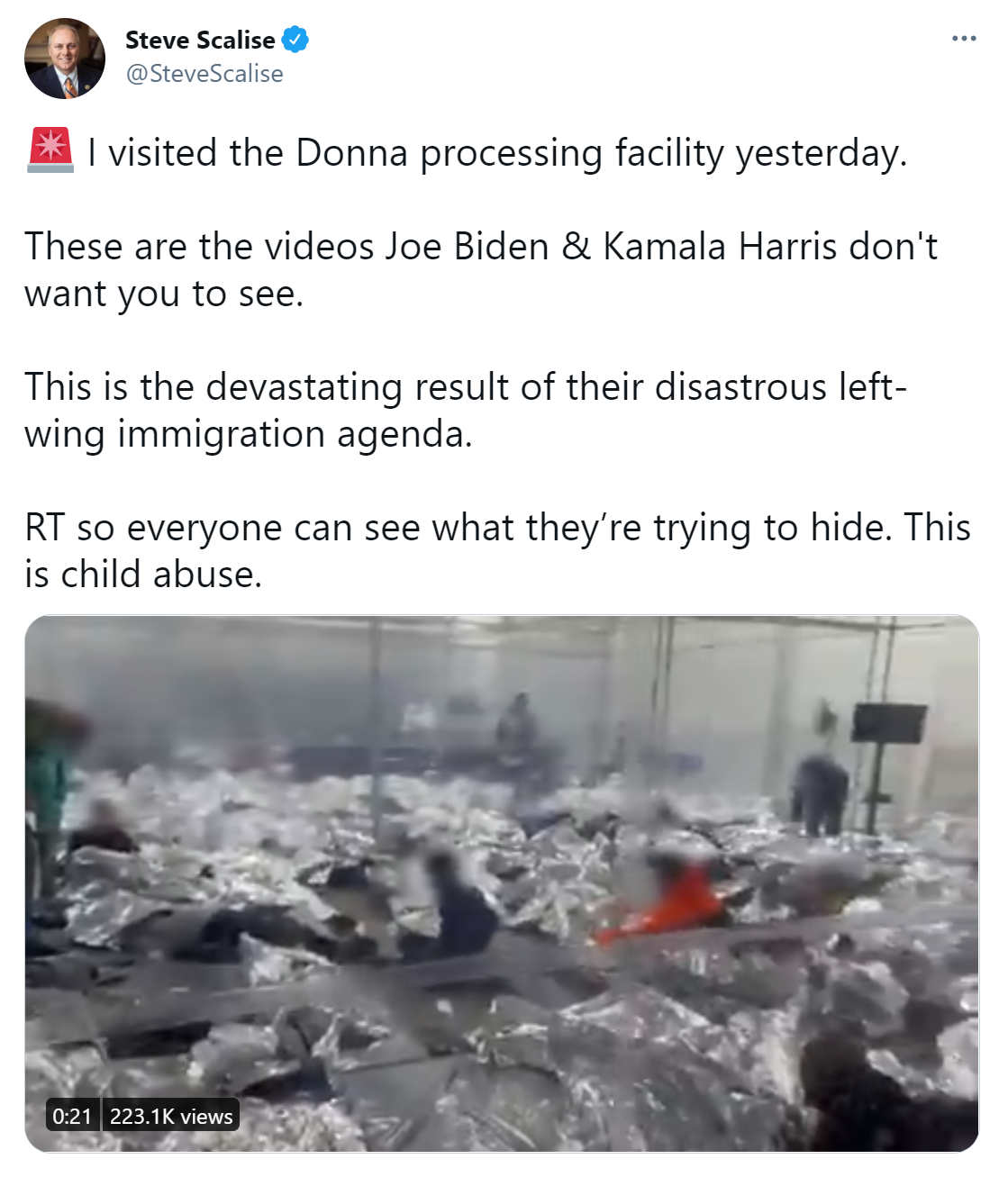 Representative Nicole Malliotakis (R-N.Y.) visits the border and points outhow crowded facilities are during the pandemic. 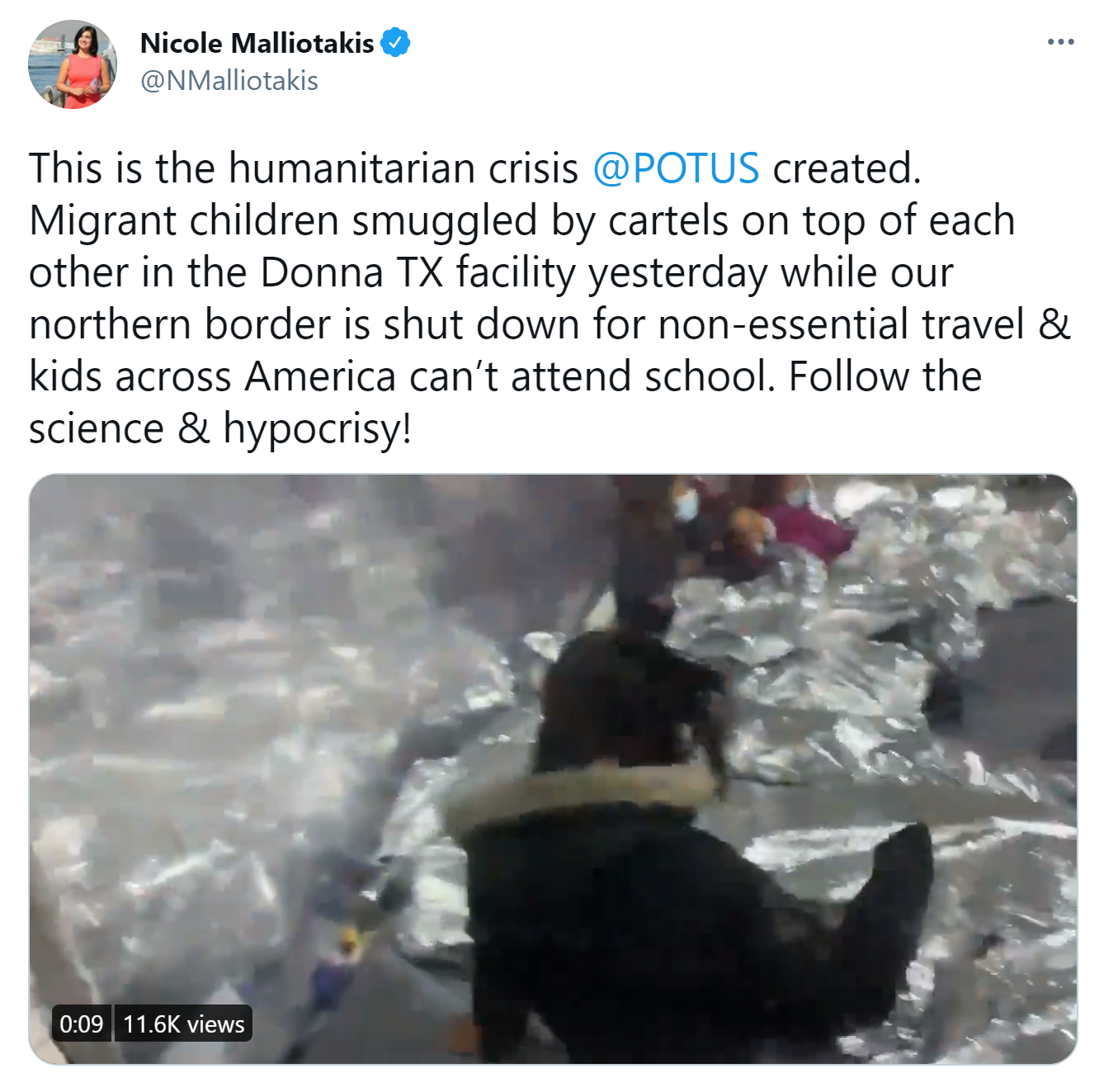 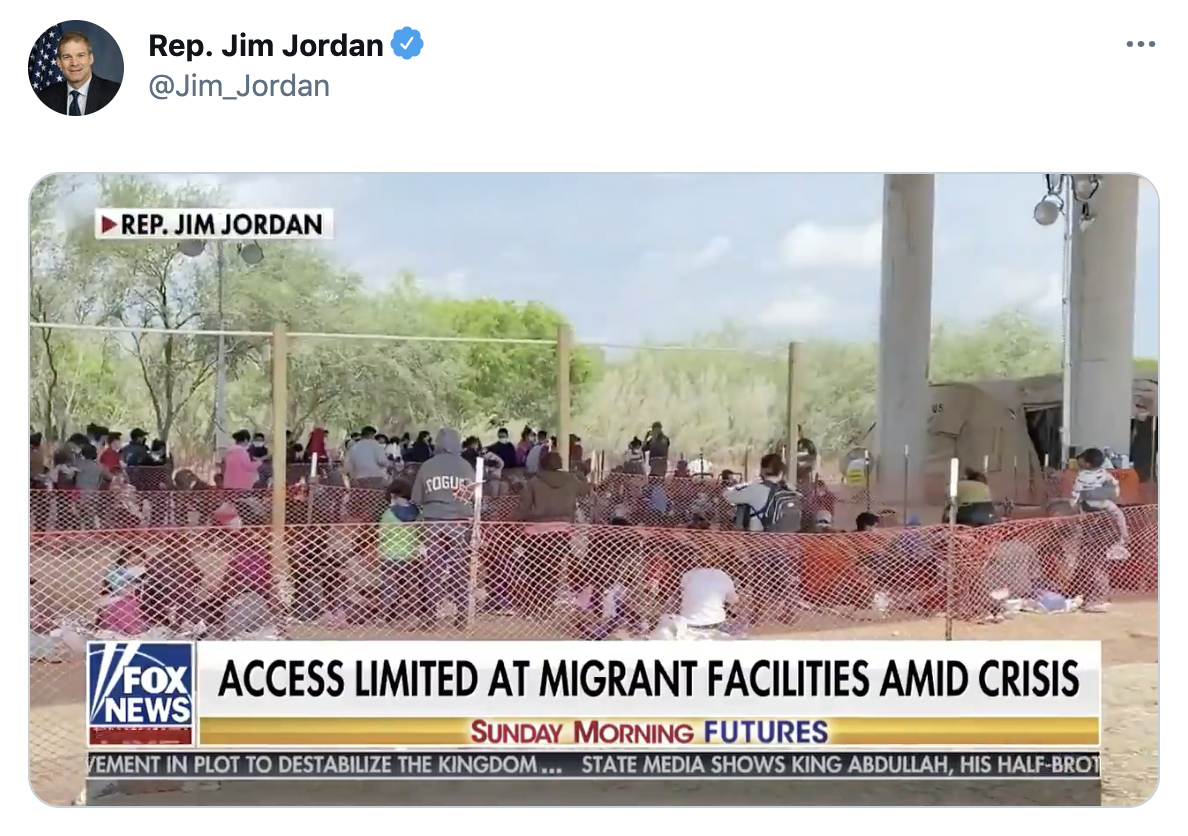