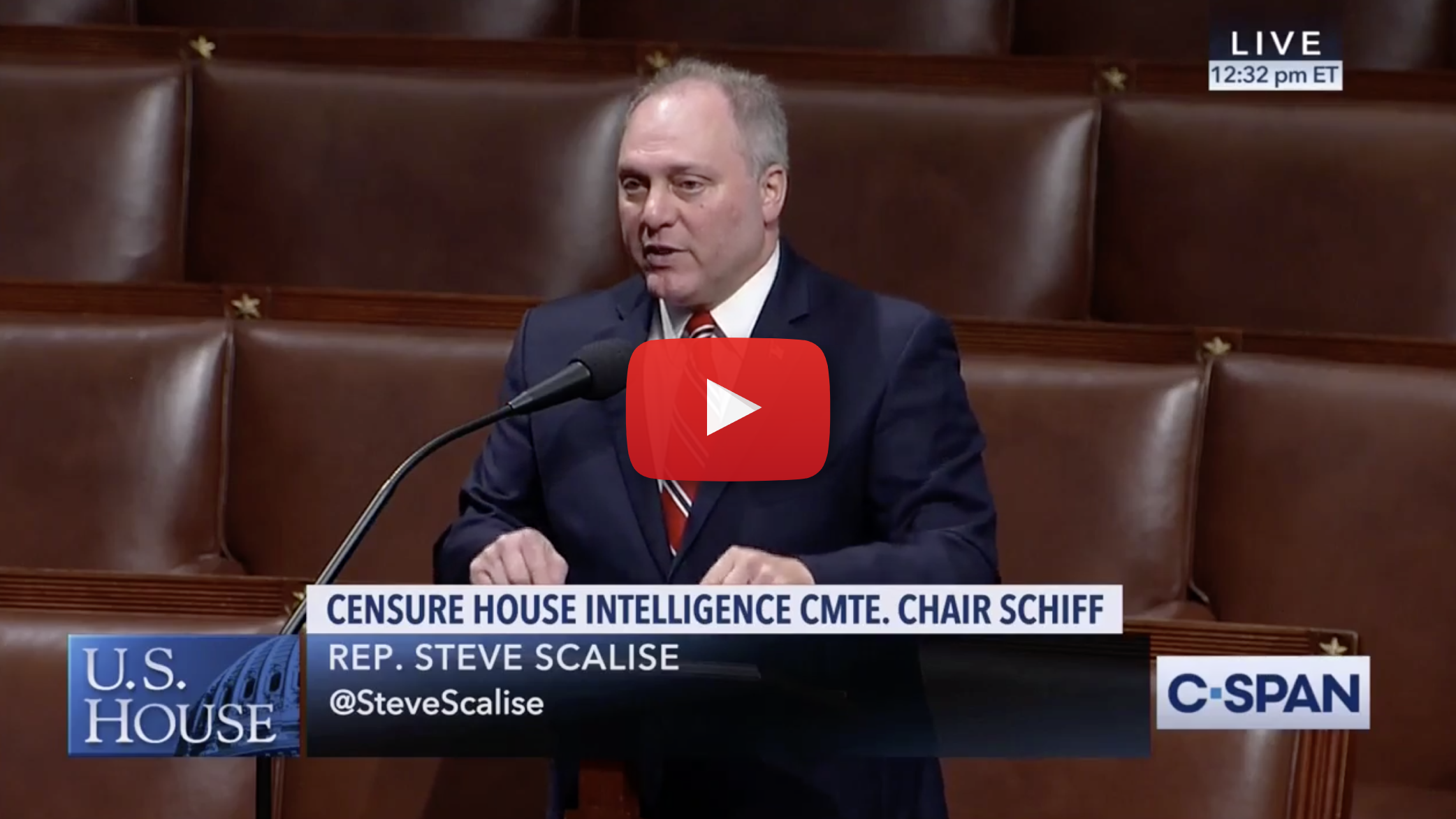 “I rise in strong support of my colleague Andy Biggs’ resolution to censure Adam Schiff for the way he’s conducted this impeachment inquiry: behind closed doors, in secret, misinformation. Time and time again we’ve seen this pattern where he throws out false information, like when he said he had ‘more than circumstantial evidence’ that the President colluded with Russia. And then after the Mueller report comes out we found out there was no collusion. And not once did he try, by the way Mr. Speaker, to present that evidence because there was no evidence.

“Then he goes on and gives this false representation of the whistleblower report. And of course now we’ve seen the transcript, we know what happened. And there was no quid pro quo even though he was alleging quid pro quo. And so now he’s holding meetings in secret, behind closed doors, to impeach a president of the United States.

“Mr. Speaker, we had an election in 2016. Donald Trump was elected. We have another election next year and the people will decide who the president is, not Speaker Pelosi, not Adam Schiff behind closed doors. We need transparency. We need to end this kangaroo court witch hunt. Let’s get back to the people’s work here in this House.”