The Judiciary Committee’s second impeachment hearing featured no fact witnesses, no new information, and absolutely no evidence that President Trump committed bribery, extortion, or a quid pro quo. What it did feature was unelected congressional lawyers questioning one another and pushing for the removal of a duly-elected President of the United States.

Just as we saw last week, Chairman Nadler’s panels of liberal activists are attempting to unilaterally overturn the will of the American people and undo the result of the 2016 election. We cannot allow this to happen. 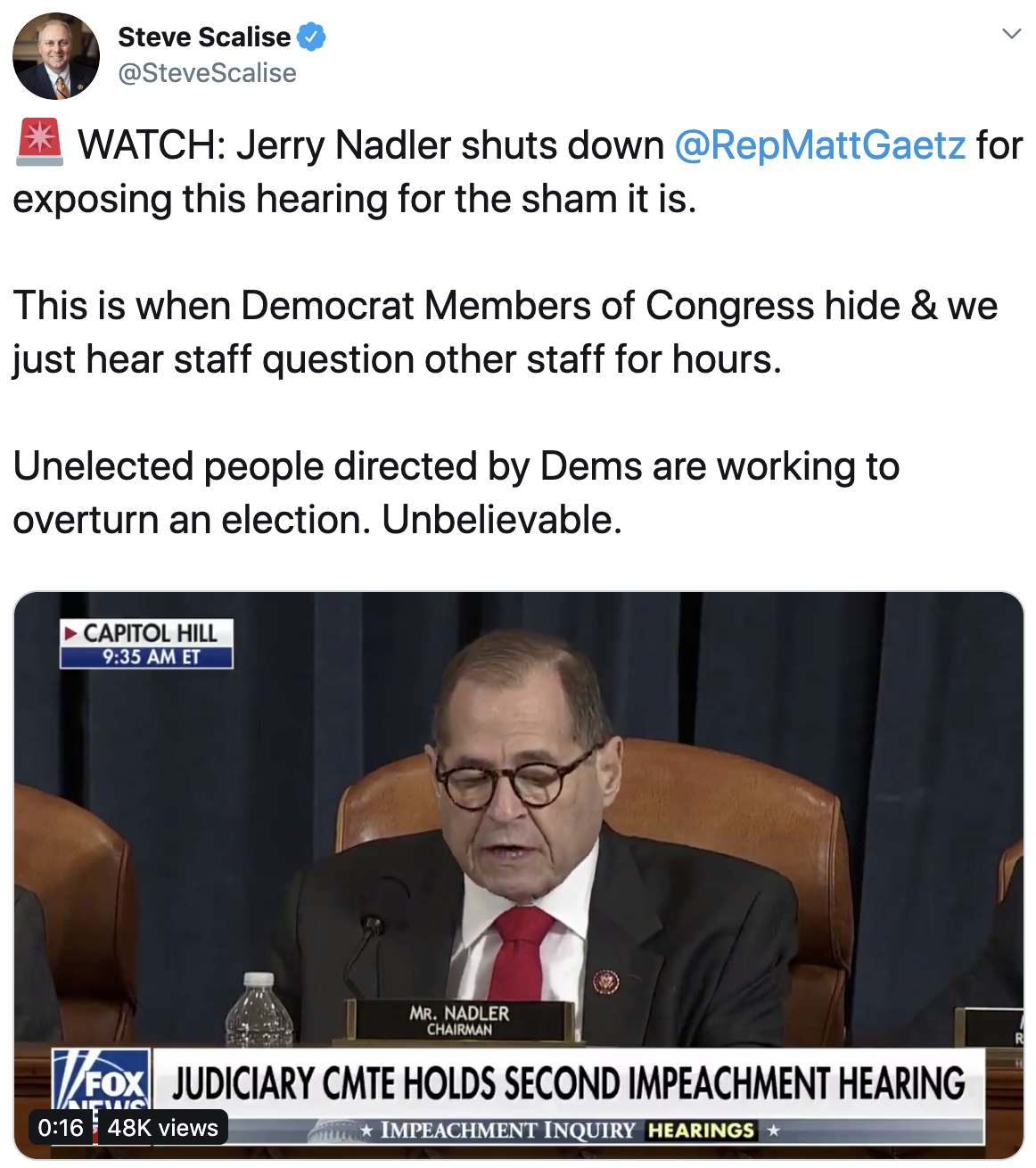 Chairman Adam Schiff wrote the report at the core of today’s hearing. Chairman Schiff held secret hearings and depositions as the basis of this report. Chairman Schiff and his staff met with the whistleblower who started this impeachment saga and lied about it.

Why didn’t Chairman Schiff show up and defend his own report today? What is he trying to hide from the American people? 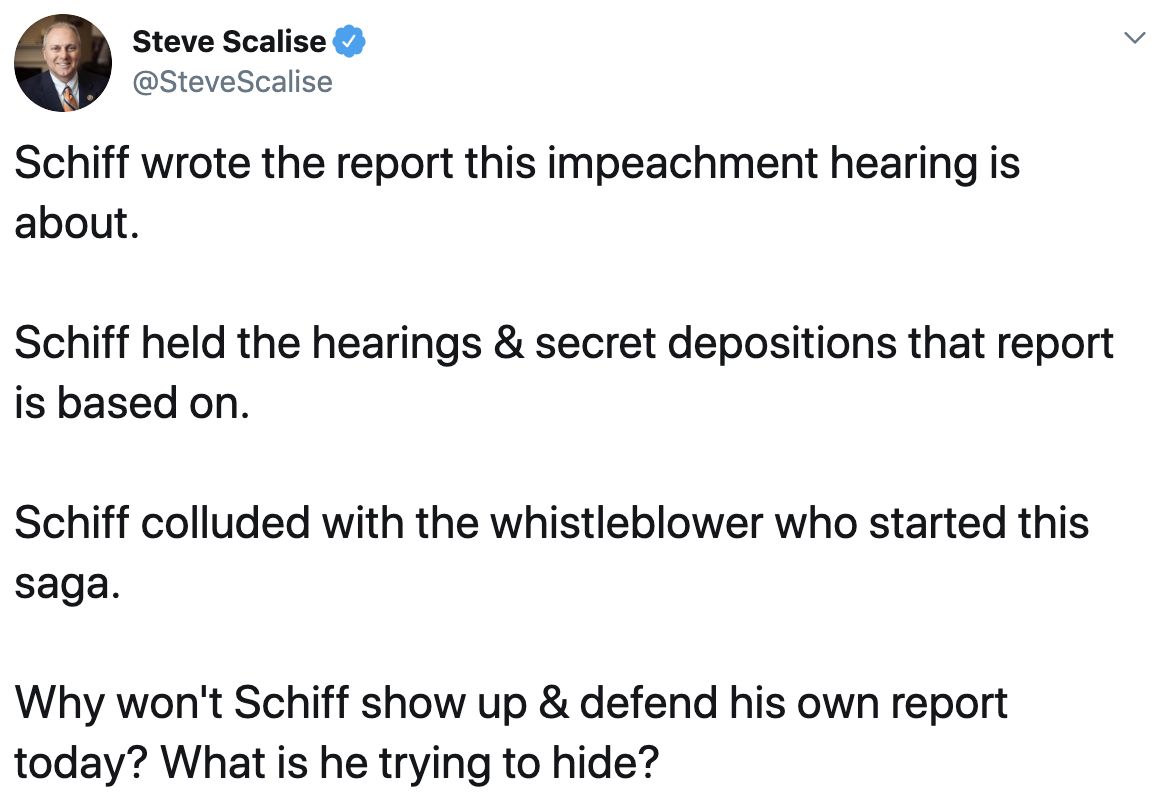 During today’s hearing, an unelected Democrat lawyer told Rep. Doug Collins, the Ranking Member of the House Judiciary Committee, that he was not going to reveal how Intelligence Committee Democrats conducted their impeachment investigation.

These Democrats are practically allergic to transparency. They are blatantly admitting that they won’t tell Americans how they went about impeaching President Trump behind closed doors.

This process is unbelievable. 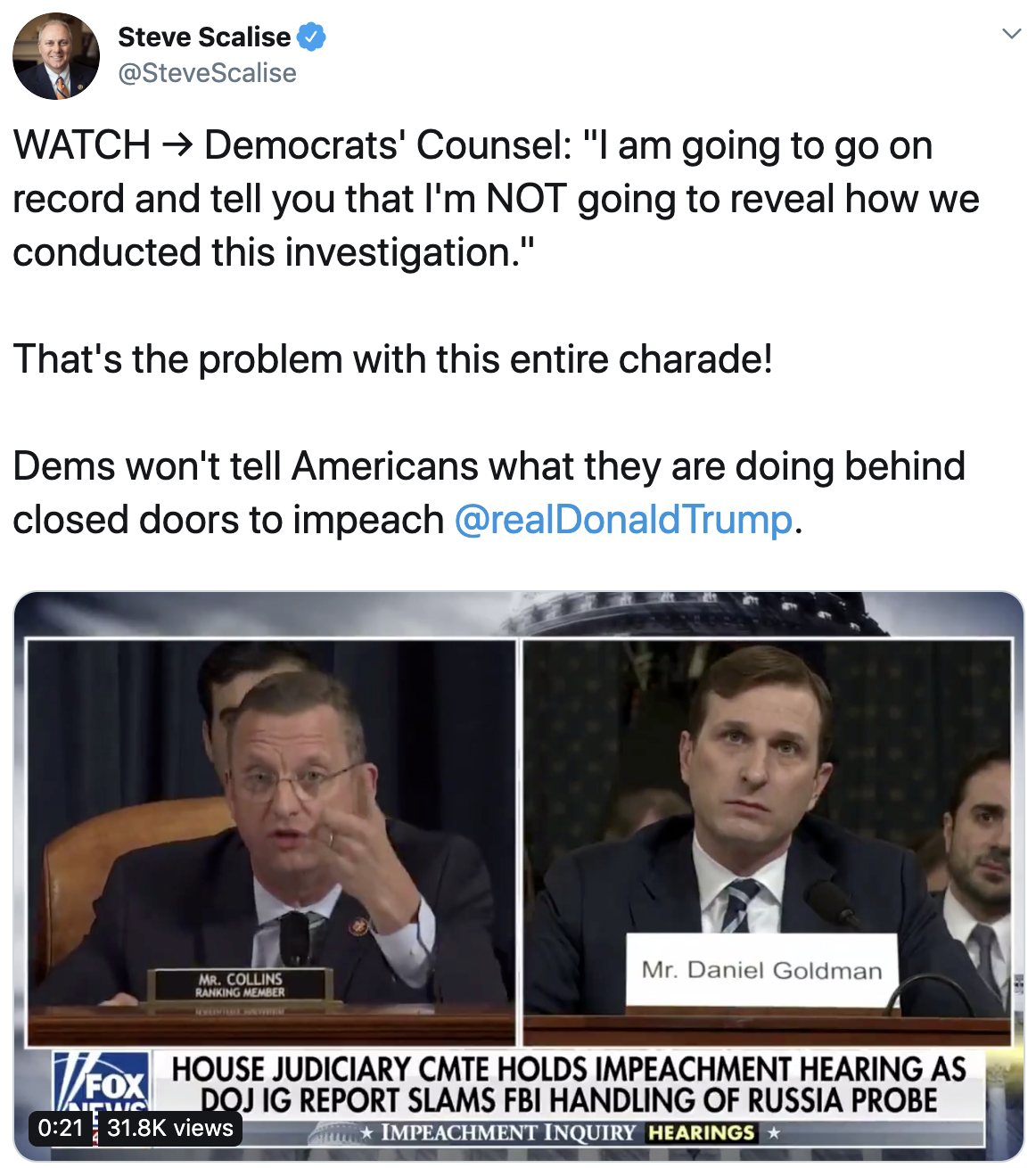 Bottom line: Today’s hearing was no different than the majority of the Democrats’ sham impeachment inquiry: no fact witnesses, no new information, no evidence that President Trump committed impeachable offenses. Speaker Pelosi and her liberal lieutenants put more stock in unelected congressional lawyers than in the voice of the American people.