Democrats created another phony scandal last week and issued a press release claiming they unearthed hidden reports that the White House allegedly kept secret about states’ coronavirus data, when in fact the data was publicly available all along.

On September 1 SSOCC Republicans released a new report “Resounding Success: A Review of the Paycheck Protection Program.” The report concludes that the Trump Administration’s swift action enabled the PPP to support more than 51 million jobs across the country, especially helping rural and minority communities. The Small Business Administration (SBA) and our nation’s banks worked tirelessly to provide over $342 billion in loans in 14 days. Behind the scenes, SBA and Treasury worked together to quickly get funds to more than 84 percent of the country’s small businesses, with minimal fraud.

On September 9, the SSOCC will hold a hearing to examine voting in the upcoming election amid the coronavirus. Reminder: Dr. Deborah Birx said that voting in person is as safe as going to Starbucks to pick up an order and Dr. Anthony Fauci stated that there is no reason Americans cannot vote in person if proper health protocols are followed. If Nancy Pelosi can go to a salon to get a blow-out without a mask (and illegally since California has prevented salons from offering indoor services at this time), people can vote in person this fall.

Coronavirus News of the Week: 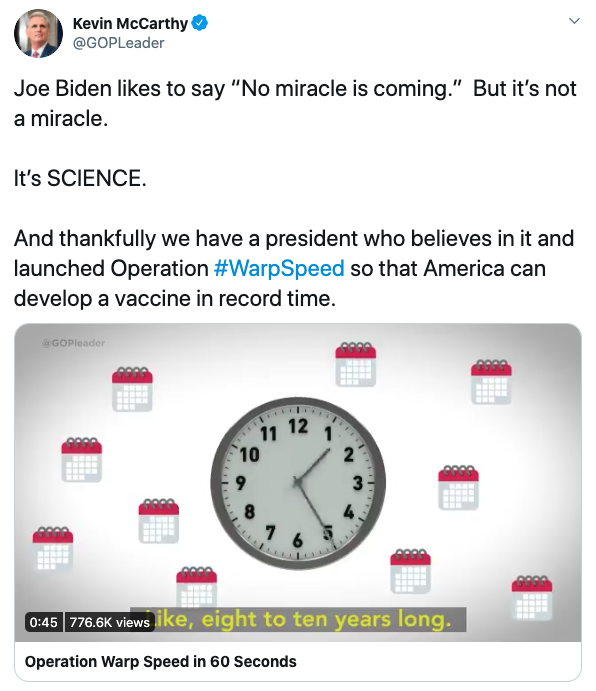 Select Subcommittee Republicans shared Secretary Mnuchin’s sworn congressional testimony that the economy would not have been able to add the nine million jobs it did in just three months without the Paycheck Protection Program. 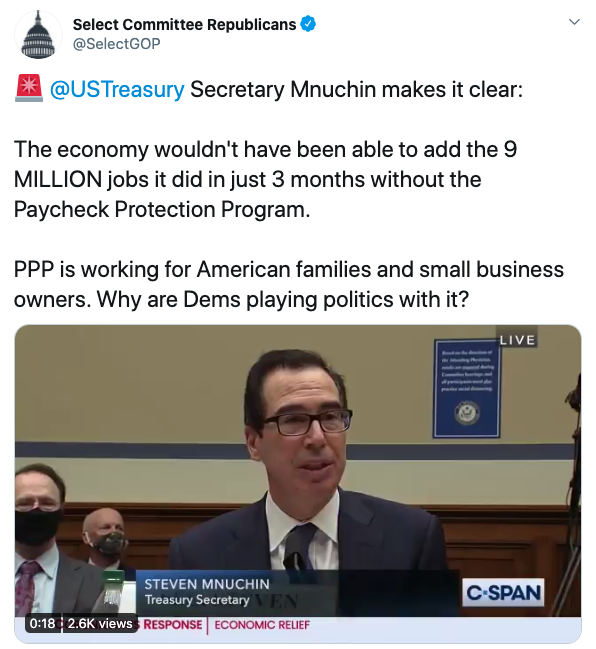 Secretary Mnuchin also told Congress that we’d have less unemployment if Democratic governors reopened their states and allowed people to go back to work. 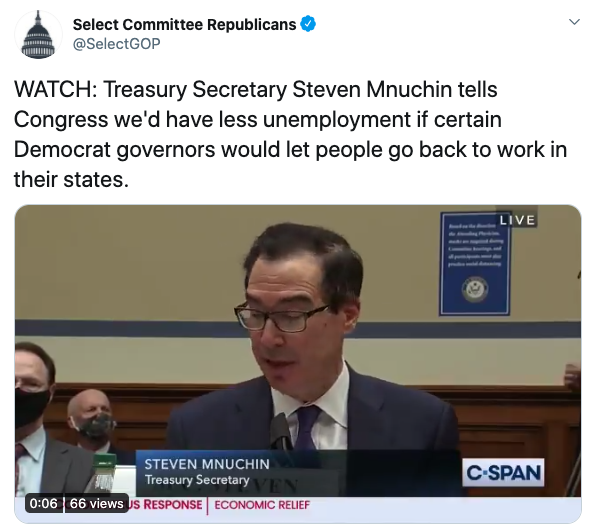 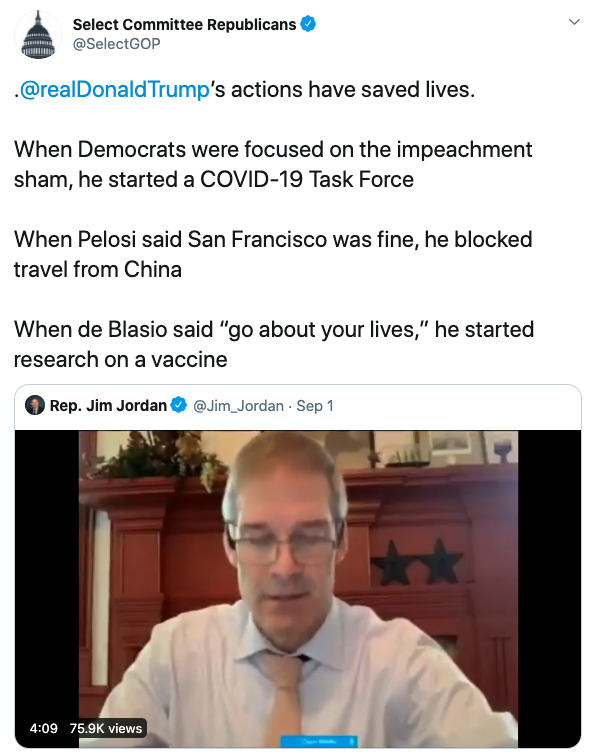 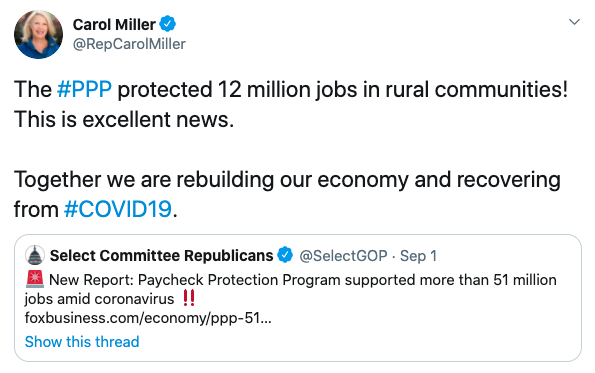