“I didn’t get any sense that [President Trump] was distorting anything. I mean in my discussions with him, they were always straightforward about the concerns that we had. We related that to him. And when he would go out, I’d hear him discussing the same sort of things. He would often say, ‘We just got through with a briefing with the group from the task force,’ and would talk about it.” – Dr. Anthony Fauci

The Washington Beltway has been quick to latch onto excerpts from Bob Woodward’s upcoming book stating that President Trump tried to downplay the coronavirus when in reality he took quick action early on to protect the American people while trying to keep the public calm in the face of the unknown.

On January 29, President Trump launched a coronavirus task force and on January 31, President Trump shut down travel from China. Meanwhile, Democrats continued to tell everyone it was fine to go about normal life.

While President Trump was building the largest testing system from scratch (nearly 100 million tests completed to date) and launching Operation Warp Speed to deliver a vaccine in record time to hundreds of millions of people, the left-wing media from CNN to MSNBC downplayed the coronavirus for months, stating that people should be more concerned about the flu than the coronavirus.

Last week, Dr. Fauci completely refuted the media’s implication that the President distorted the facts about the pandemic, stating “I didn’t get the sense that he was distorting anything.” He went on to say, “I don’t recall anything different than in our discussions that we had with the president that he said things quite similar publicly.”

The fact of the matter is that President Trump and Congressional Republicans are focused on saving lives, defeating the virus, and rebuilding our economy. Democrats continue to politicize the pandemic and are refusing to pass another relief bill that would deliver relief for Americans struggling during the pandemic. No money for testing, no extension of the Paycheck Protection Program, no more additional funds for vaccines.

Last week, the SSOCC held a hearing to examine voting in the upcoming election amid the coronavirus. Republicans emphasized that health officials, including Doctors Birx, Fauci, and Redfield have all stated its safe to vote in person when health protocols are followed and also noted there have been no surge in cases when Americans have voted in primaries this year. Missouri Secretary of State Jay Ashcroft – the only witness on the panel that actually is running an election – told the subcommittee that states, just like Missouri, can easily allow in person voting by following proper health protocols.

Despite continued push from Republicans (see here, here, here, here, and here), Democrats continue to refuse to hold Governor Cuomo and other Democratic governors accountable for “must admit” order that resulted in the deaths of nursing home patients. The Wall Street Journal exposed Governor Cuomo’s deadly order, showing that despite objections from nursing homes, he ordered them to admit COVID positive seniors and then used shady math to cover up the deaths. Nursing homes that refused the order kept quiet out of fear, saying “I know how vindictive [Cuomo] is.”

Coronavirus News of the Week:

Trump Administration Takes Action to Expand Access to COVID-19 Vaccines: Last week, the U.S. Department of Health and Human Services (HHS), through the Assistant Secretary for Health, issued guidance to expand access to safe and effective COVID-19 vaccines when they are made available. This guidance authorizes state-licensed pharmacists to order and administer, and state-licensed or registered pharmacy interns acting under the supervision of the qualified pharmacist to administer, COVID-19 vaccinations to persons ages 3 or older, subject to certain requirements.

Republican Whip and Select Subcommittee Ranking Member Steve Scalise (R-La.) blasts Governor Cuomo for his ‘must admit’ order that resulted in the deaths of nursing home patients and his attempt to cover it up. 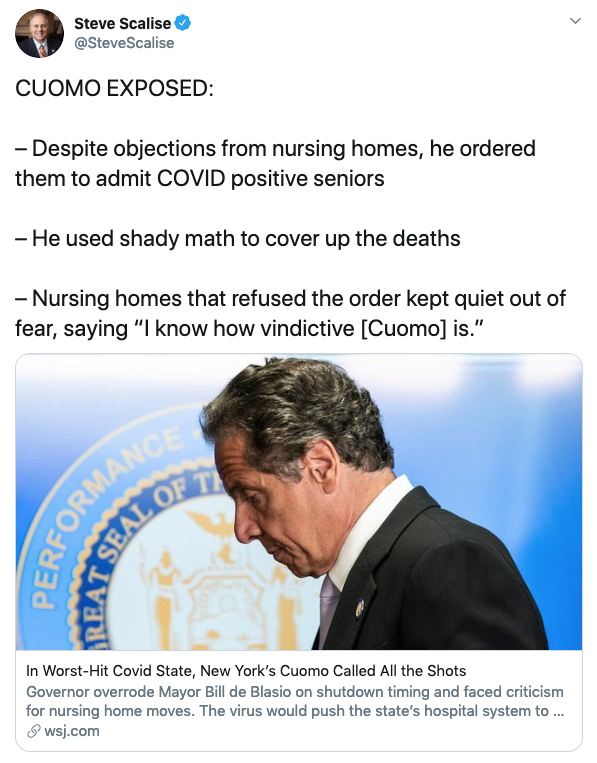 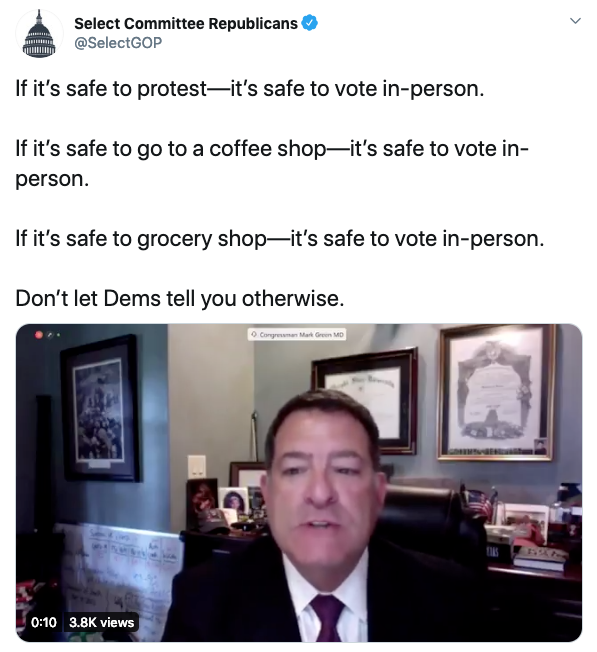 Republican Whip and Select Subcommittee Ranking Member Steve Scalise (R-La.) blasts Democrats for their partisan election scheme they cooked up before the pandemic. 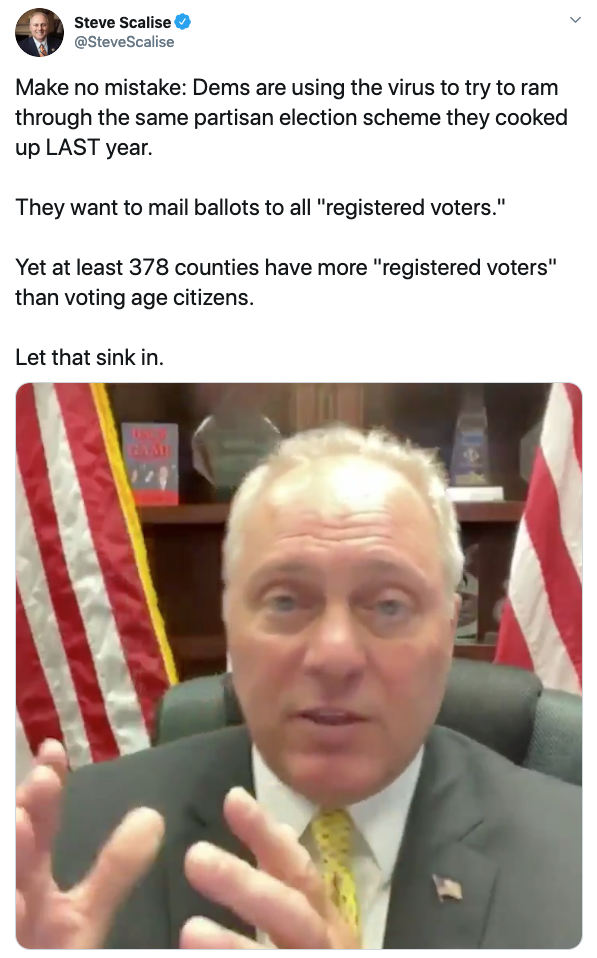 Republican Leader Kevin McCarthy (R-Calif.) calls out Democrats for their refusal to pass more relief to help Americans during the pandemic. 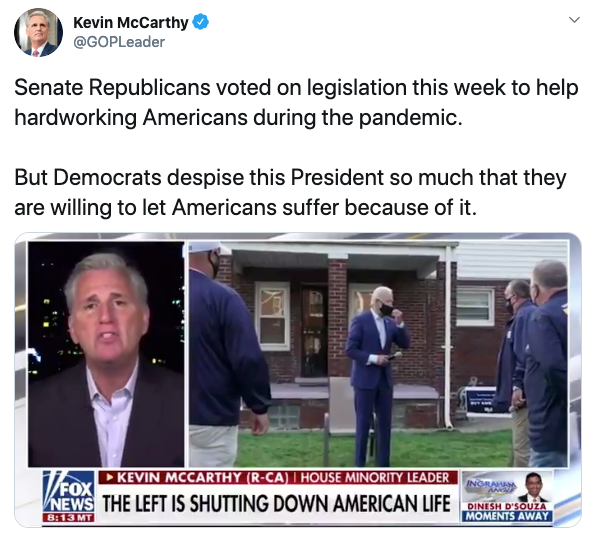