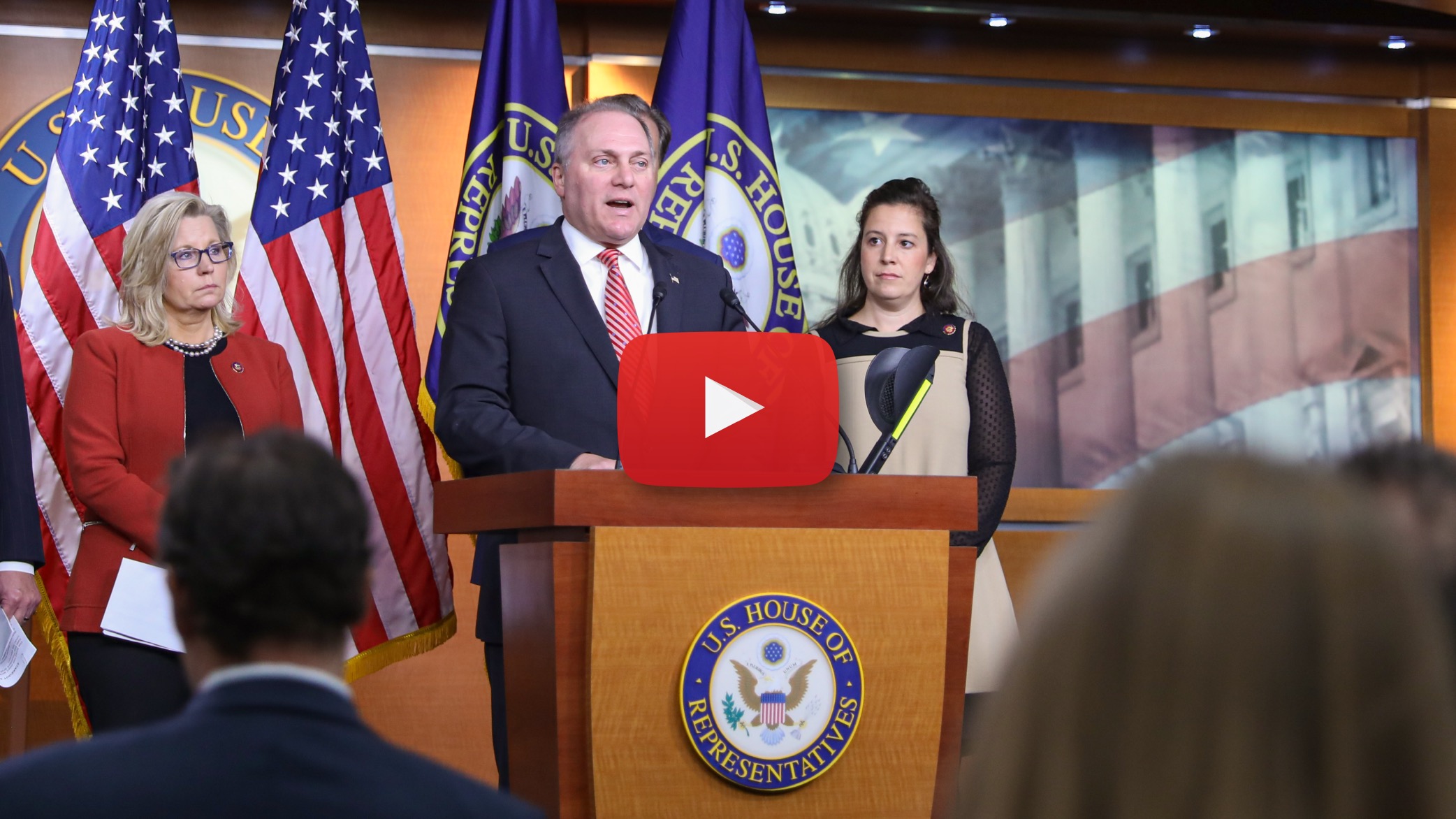 “I want to share the alarming concerns of my colleagues Mr. Turner and Mrs. Stefanik – talking about what is happening behind closed doors. Everybody in America should be alarmed that right now, here in Congress, there is an impeachment inquiry going on into the President of the United States and the public is not allowed to see it, the press is not allowed to see it, and Members of Congress that aren’t on the relevant committees are not even allowed in the room, [and] are [not] able to see the transcripts of what’s going on over there. Every American ought to be alarmed that [Democrats] are literally trying to reverse the results of the 2016 election, behind closed doors, in secret. Run by a Chairman, Adam Schiff, who has a very, very concerning track record of telling the truth. And you can go back to the Mueller investigation. For twenty-two months, you had Chairman Schiff running around saying he had ‘more than circumstantial evidence’ that there was collusion with Russia. And at the end of the report – you saw the Mueller report – there was no collusion. And Schiff never showed any evidence, he’s never come forward with this evidence that he ran around for over a year and a half claiming that he had. And instead he just moved on to the next baseless charge against the President because from day one their intention was to impeach the President regardless of fact.

“In fact, you’ve got dozens of Members of Congress who have come out in support of impeachment and can’t tell you one high crime or misdemeanor – which is the [impeachment] standard in the Constitution. They haven’t even been able to have access to the transcripts themselves in many cases and yet they say they’re for impeaching a President of the United States. It’s very alarming that you’re seeing this going on. And not only is the press denied access: In many cases, the only information they’re able to get are leaks, as it’s been pointed out before, that have been undermined in their own credibility because they’ve been proven baseless later on. And so, you have a drip drab of leaks that come out, over and over again, many of which have been disproven. And that’s the only method we have at finding out information on a movement to impeach a President of the United States. This is a mockery of the process. People across the country should be alarmed that this is going on in secret, behind closed doors.

“The Majority Leader [Steny Hoyer], when I asked him last week, are we in an impeachment inquiry, [he] wouldn’t even give a straight answer to that. [It] should be a very simple question. It’s only happened three times in the history of our country where an impeachment inquiry into a President of the United States happened and, in every case, the full Congress voted first. There were rules established of fairness so that you can at least see what was going on. That’s not happening right now. There’s never been a vote of Congress, [there is no fairness]. In fact, the Majority Leader calls it a fair process, and I questioned him on it. I said ‘so you’re going to call it a fair process when Members of Congress can’t get access to the information, the press can’t get access to the information, the only witnesses called are witnesses that are called by the majority. The minority has no rights to call witnesses or to subpoena. And you’re going to call that a fair process?’ That doesn’t pass the smell test, but people across the country are growing appalled that this is happening behind closed doors, in secret. And to quote the lead author of the Articles of Impeachment [Rep. Al Green] on the Democrat side. He said ‘the President will get reelected if we don’t impeach him.’ You don’t impeach a President because you don’t like the results of an election. The American people ought to be the ones to decide who the President is. Not Speaker Pelosi and Adam Schiff behind closed doors, in secret.”