Whip Scalise also discussed President Trump’s commitment to addressing the Coronavirus in the United States. Whip Scalise urged Democrat leaders not to politicize this crisis so we can pass a reasonable measure to provide the assistance needed to address this outbreak. 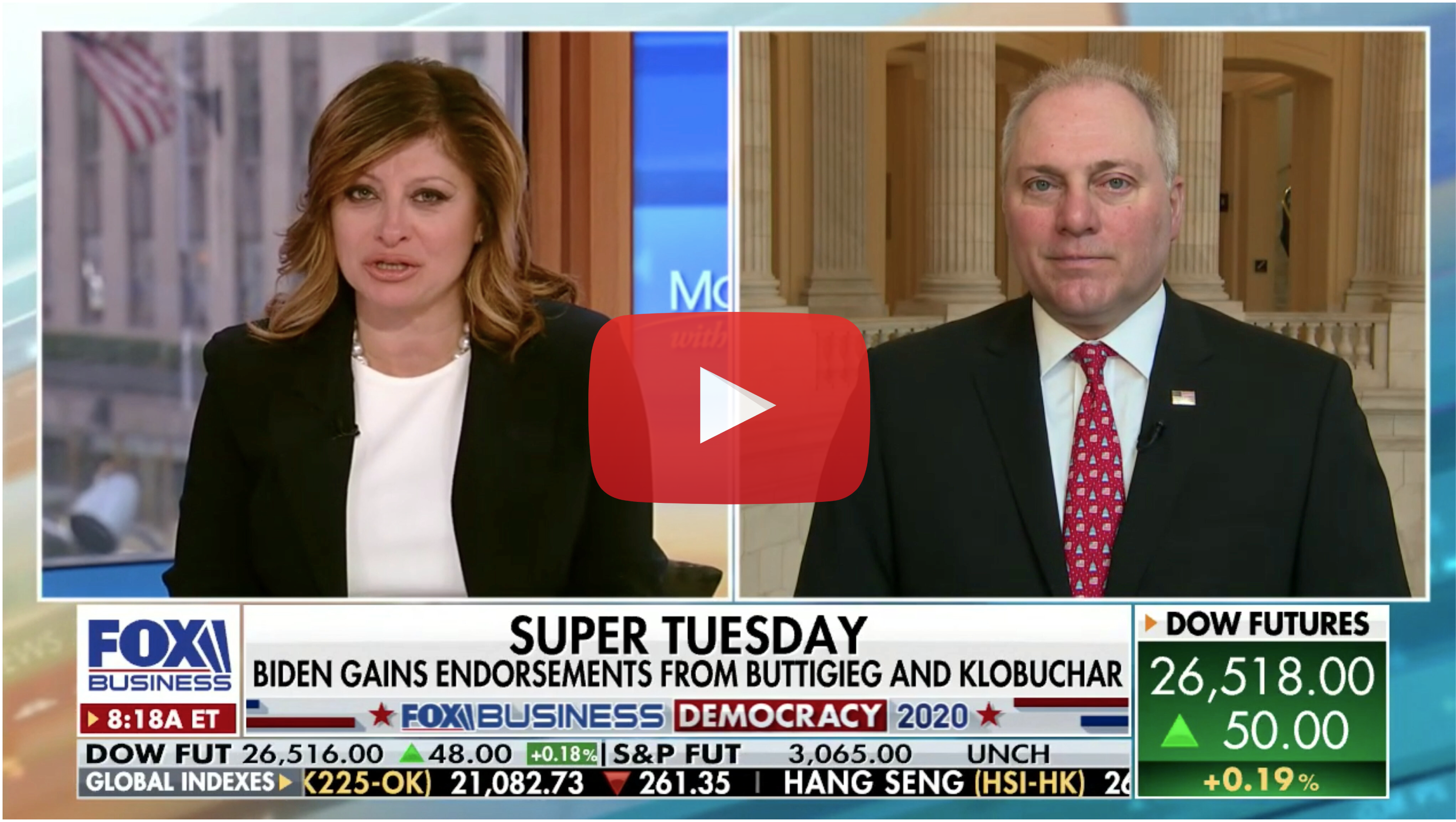 On the Democrat Party’s panic over potentially having a socialist as their nominee:

“It seems very clear there was a deal [for Pete Buttigieg and Amy Klobuchar to drop out of the race and endorse Joe Biden]. I mean, you had South Carolina on Saturday, and you’ve already been in the race for months and months, I mean what’s another three days? And you know, you go take the chances on Super Tuesday, or as [Joe Biden] calls it, Super Thursday. But at the end, they both dropped out I think because you are seeing the anti-Bernie wing of the Democrat party doing everything they can desperately to try to stop Bernie’s momentum. And so, you wanted to see these candidates who were probably going to take more votes away from Joe Biden than anyone else drop out to go endorse him. Maybe they’re already trying out for Joe’s [Vice President] nod. The problem is, Bernie’s got all the momentum, and momentum really does mean a lot in these primaries.”

On the Coronavirus’ impact to the national economy:

“Markets react to uncertainty and clearly, with the Coronavirus there’s still a lot of uncertainty because there is not a known vaccine. We’re still finding out more information on how it’s coming into our country like so many other countries are seeing. But at the end of the day, President Trump has taken it very seriously, he put Vice President Pence in charge of coordinating all federal agencies to make sure they’re doing what they can, getting together yesterday with pharmaceutical companies. I think today the President is going to meet over at [the National Institutes of Health] to talk to the people that are involved in trying to find a cure and working with those companies. So, look, there is uncertainty with this but like everything, markets, ultimately the individual stocks prices, should be based on the fundamentals and the economy is still very strong. There’s still a lot of growth opportunities, but right now our country is facing the uncertainty of this virus that other countries are experiencing as well. In the end, I think we are going to get through this and the economy is going to continue to grow even stronger than it is right now.”