WASHINGTON, D.C.—From their total embarrassment in Iowa, to their disgraceful behavior at the State of the Union, to their complete failure to convict the President in their baseless impeachment sham, Democrats lost at every turn last week.

Click here, or on the image below to see Republican Whip Steve Scalise’s (R-La.) latest video highlighting the stark contrast: 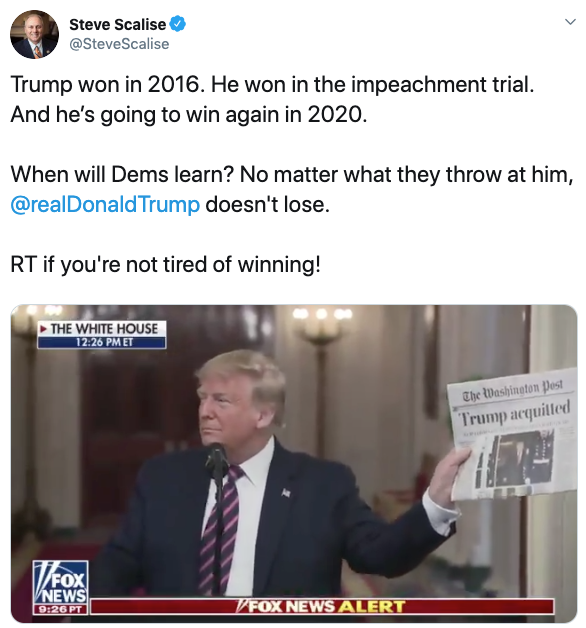