Whip Scalise chastised Democrats for yet again deciding to waste the House’s time and resources on their unprecedented impeachment scheme, while ignoring bipartisan solutions on prescription drug pricing, USMCA, and properly funding our military.

As Congress heads into another recess, the only significant vote the Democrats have to show their constituents is a bipartisan vote against their own impeachment resolution. It’s time to end their pathetic charade and focus on solving real problems for American families. We deserve better. 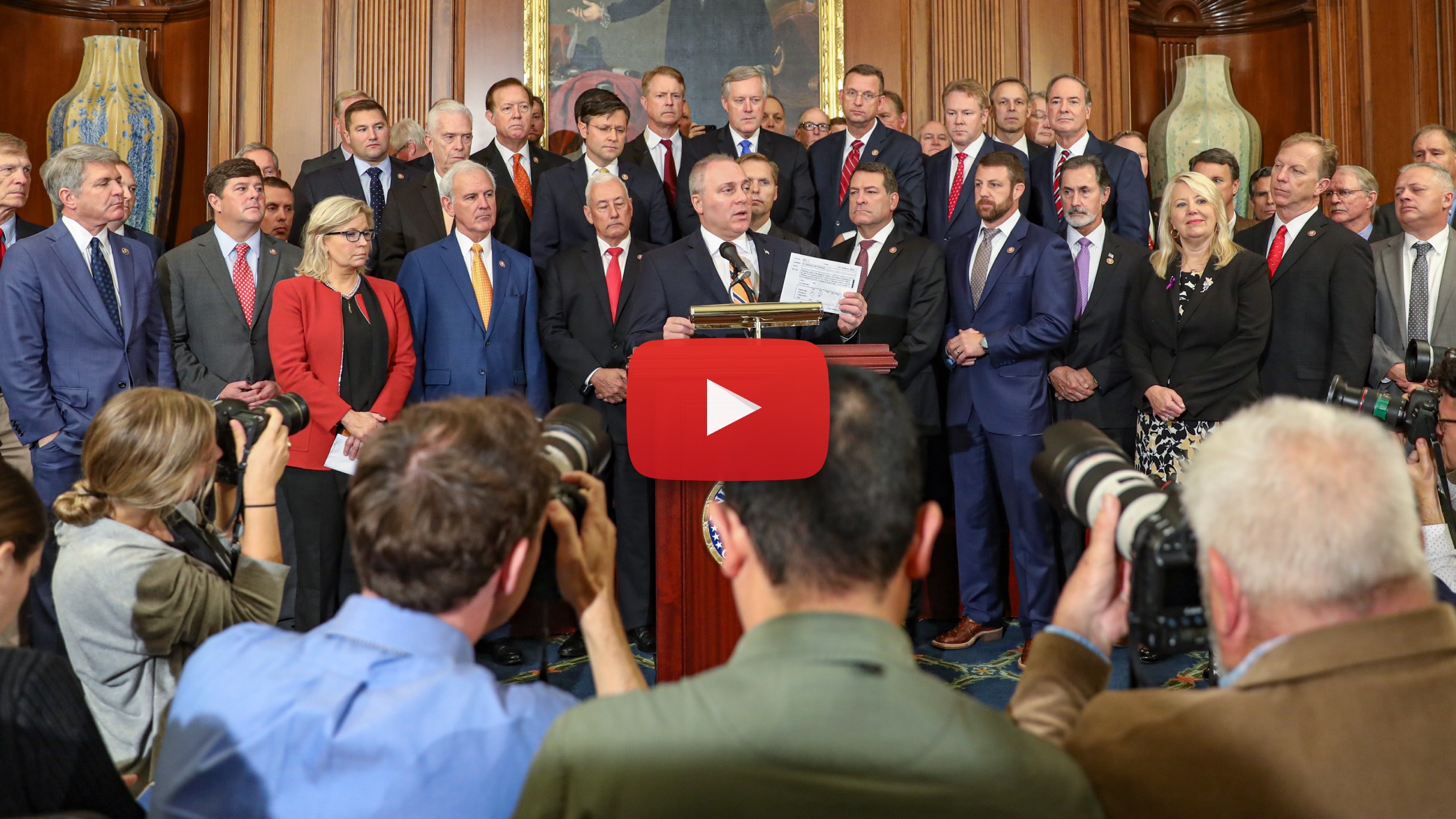 “When we talk about the vote, I think it’s important to note, when you see that not only did every single Republican reject the Soviet-style impeachment process, but we were even joined by Democrats who couldn’t stand it anymore. If you look at where we are right now, we’re at an important point in history. Clearly there are people that we serve with that don’t like the results of the 2016 election, and it’s their prerogative. But the country, next year, will be deciding who our President is going to be. It should not be Nancy Pelosi and a small group of people that she selects that get to determine who is going to be our President.

“And so, when you look at this Soviet-style process, it shows you that [Democrats] don’t really want to get to the truth. They want to remove a sitting President. In fact, the author of the Articles of Impeachment, [Al Green,] said, ‘if they don’t impeach the President, he will get re-elected.’ Now that’s not why we have impeachment. Alexander Hamilton made it very clear – his concern when they were trying to promote the Constitution, was that he didn’t want to see impeachment used for political purposes, yet, that’s what happened today. He predicted it, and it happened today. It’s a sham, it shouldn’t have happened. It’s a tainted process that Adam Schiff’s been conducting, that [Rep. Jerry Nadler] might one day conduct. The House deserves better. The people of this country deserve better. We should be tackling real problems. We could have lower prescription drug prices today, but Pelosi won’t bring those bills to the Floor because she’s infatuated with impeachment. Our troops could be properly funded, but Pelosi is infatuated with impeachment. In fact, we could have better trade relations with Canada and Mexico and create 160,000 new jobs today, but Pelosi is infatuated with impeachment. We deserve better.”