Top line: Chairman Schiff’s first public hearing didn’t quite go as planned. Democrats tried to stake out a long, confusing game of telephone from two witnesses with no firsthand knowledge of the situation in question. The Democrats didn’t convince the American people of anything today. Not even close. 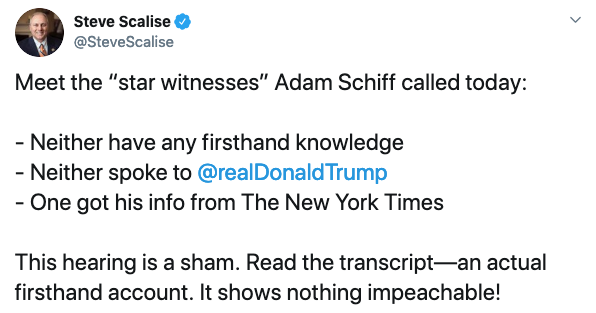 Speaker Nancy Pelosi recessed the House of Representatives so that House Democrats could focus exclusively on their first public impeachment hearing. As a reminder, Democrats chose to operate this circus under hyper-partisan rules, rather than pursue bipartisan solutions on: 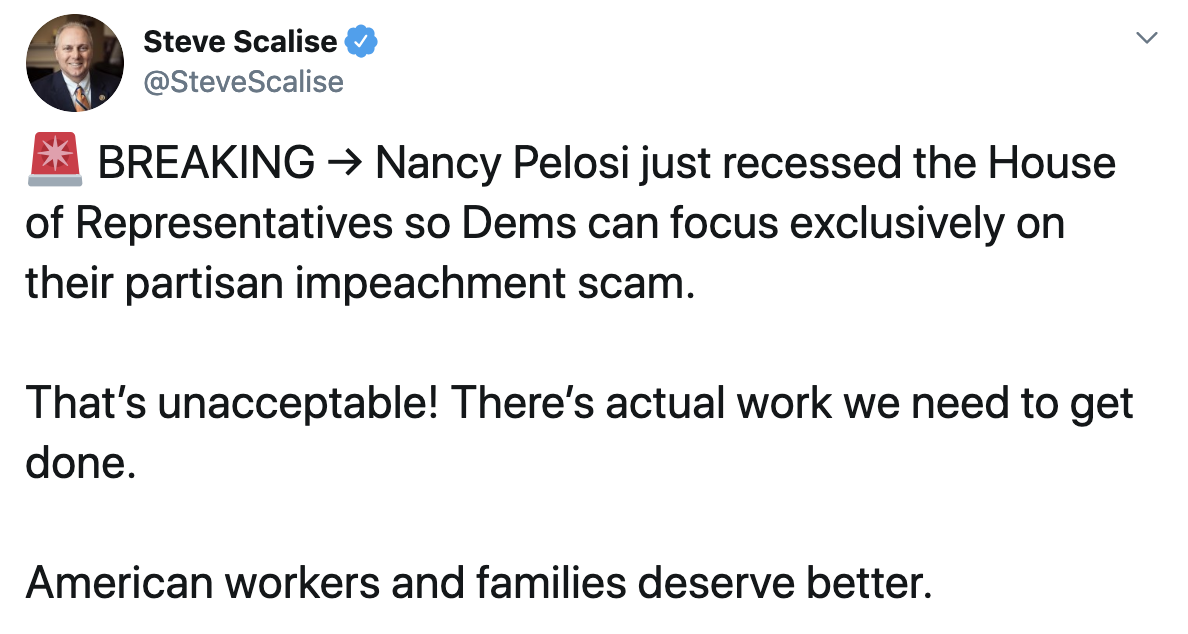 Ambassador Taylor and Deputy Assistant Secretary Kent repeatedly confirmed that they have never spoken to President Trump, they were not on the Trump-Zelensky call, and have received all their information second-hand.

When pressed by Rep. Mike Turner (R-Ohio) on whether his sources could be wrong, Ambassador Taylor agreed: “People make mistakes.” 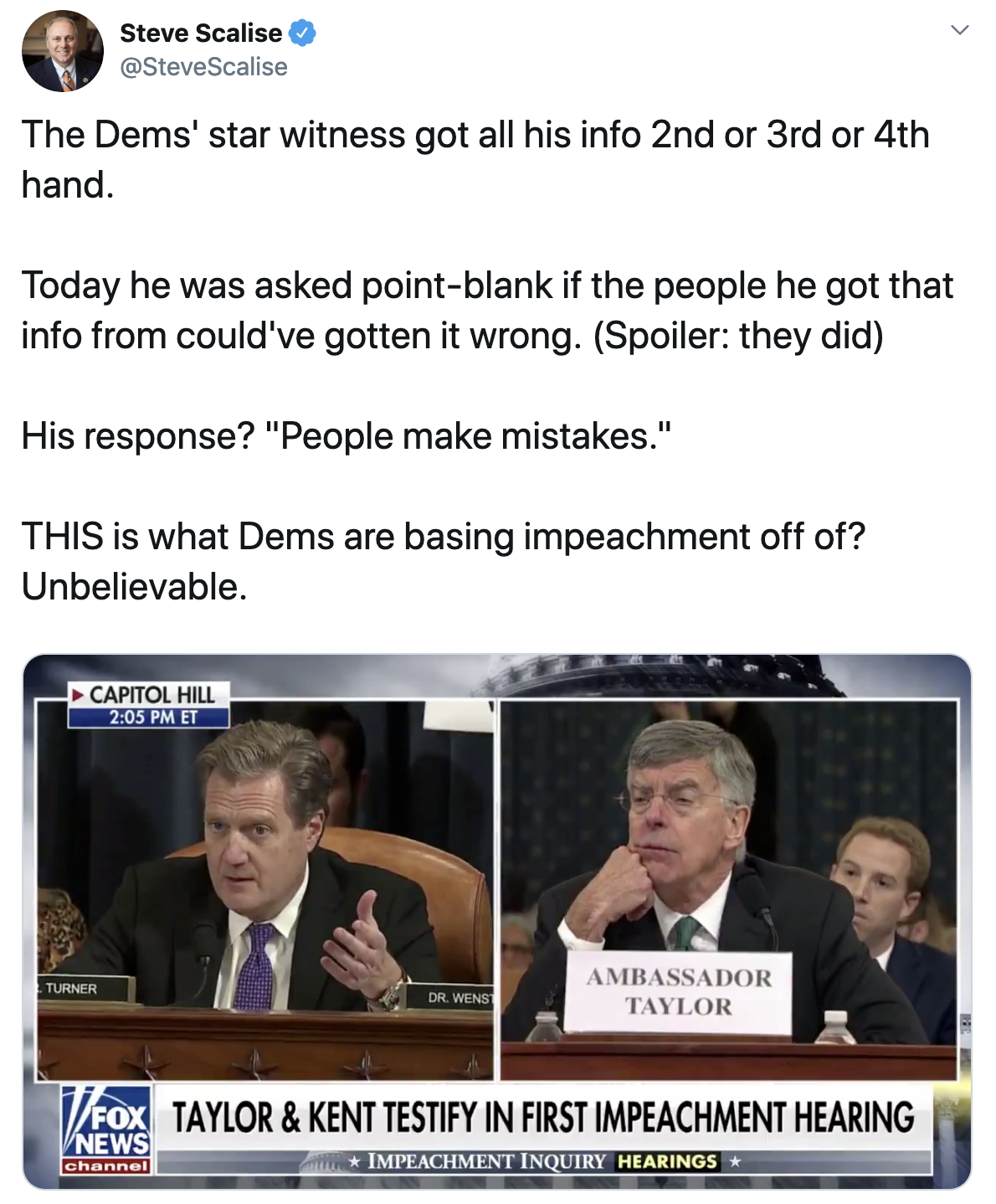 House Democrats later tried to justify their thinly-sourced, second-hand evidence by claiming “hearsay can be much better evidence than direct.”

That’s how far Democrats are lowering the bar for the impeachment of a sitting president. 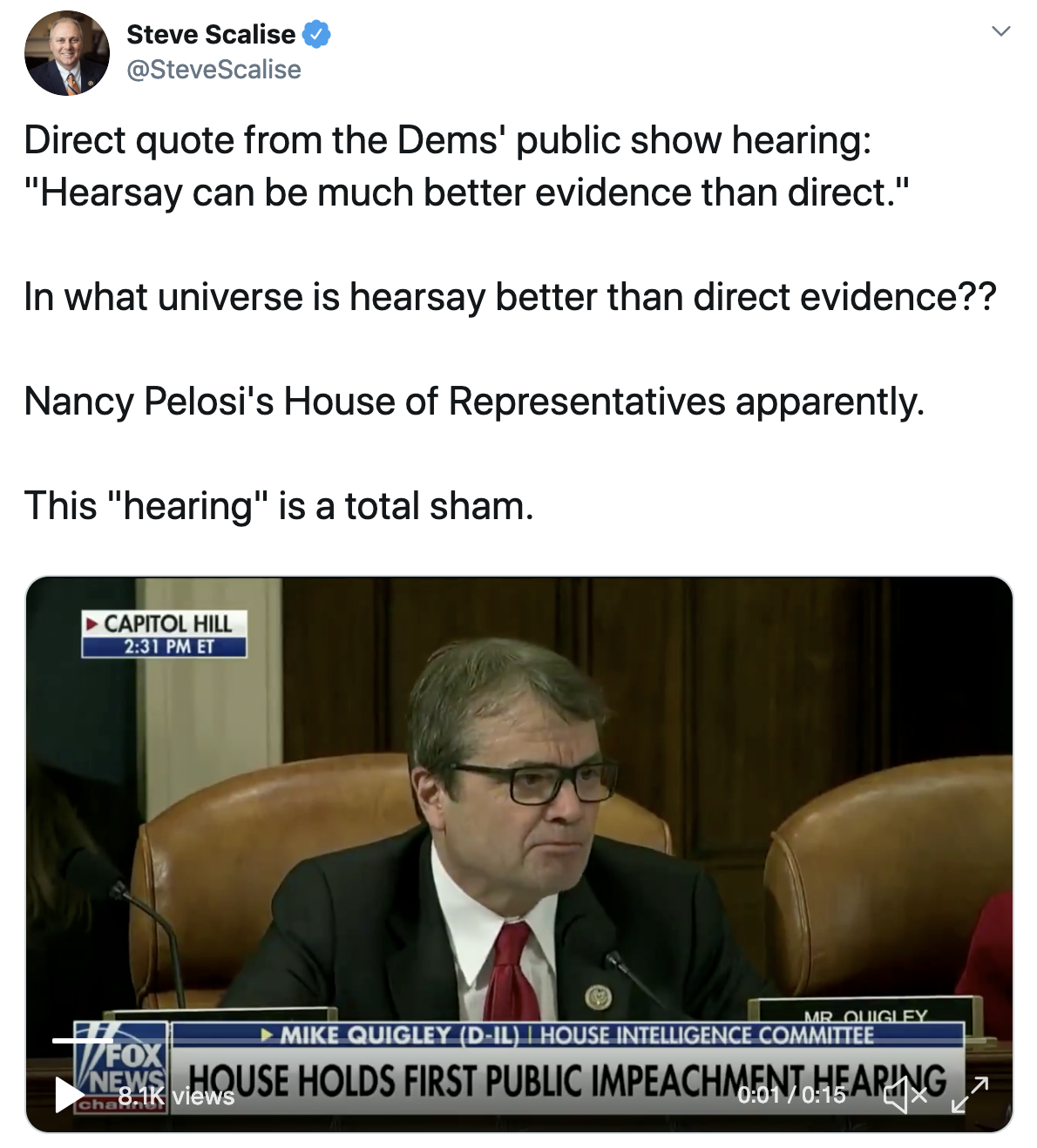 Both Ambassador Taylor and Deputy Assistant Secretary Kent repeatedly confirmed that President Trump’s policy of providing lethal aid to Ukraine in the form of Javelin anti-tank missiles was a significant and much-welcomed improvement over President Obama’s policy of providing blankets and MRE to Ukrainian forces under attack from Russian-backed separatists. 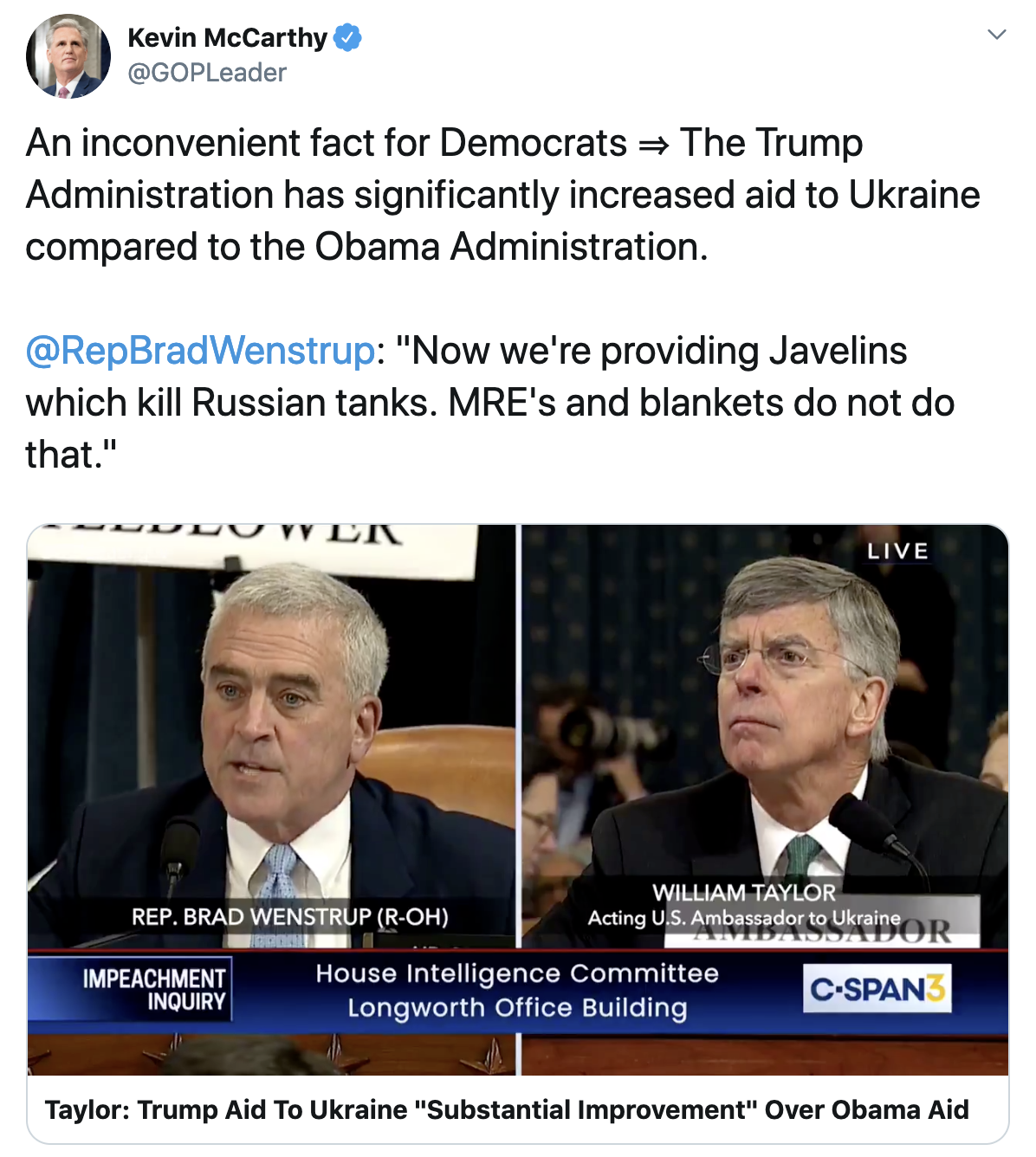 When pressed by Rep. John Ratcliffe (R-Tex.) as to whether either of them could name an underlying high crime or misdemeanor in the phone call between President Trump and Ukrainian President Zelensky, the Democrats’ supposed two star witnesses… couldn’t answer.

And yet Democrats expect to be able to convince the American people that President Trump deserves to be impeached. Ridiculous. 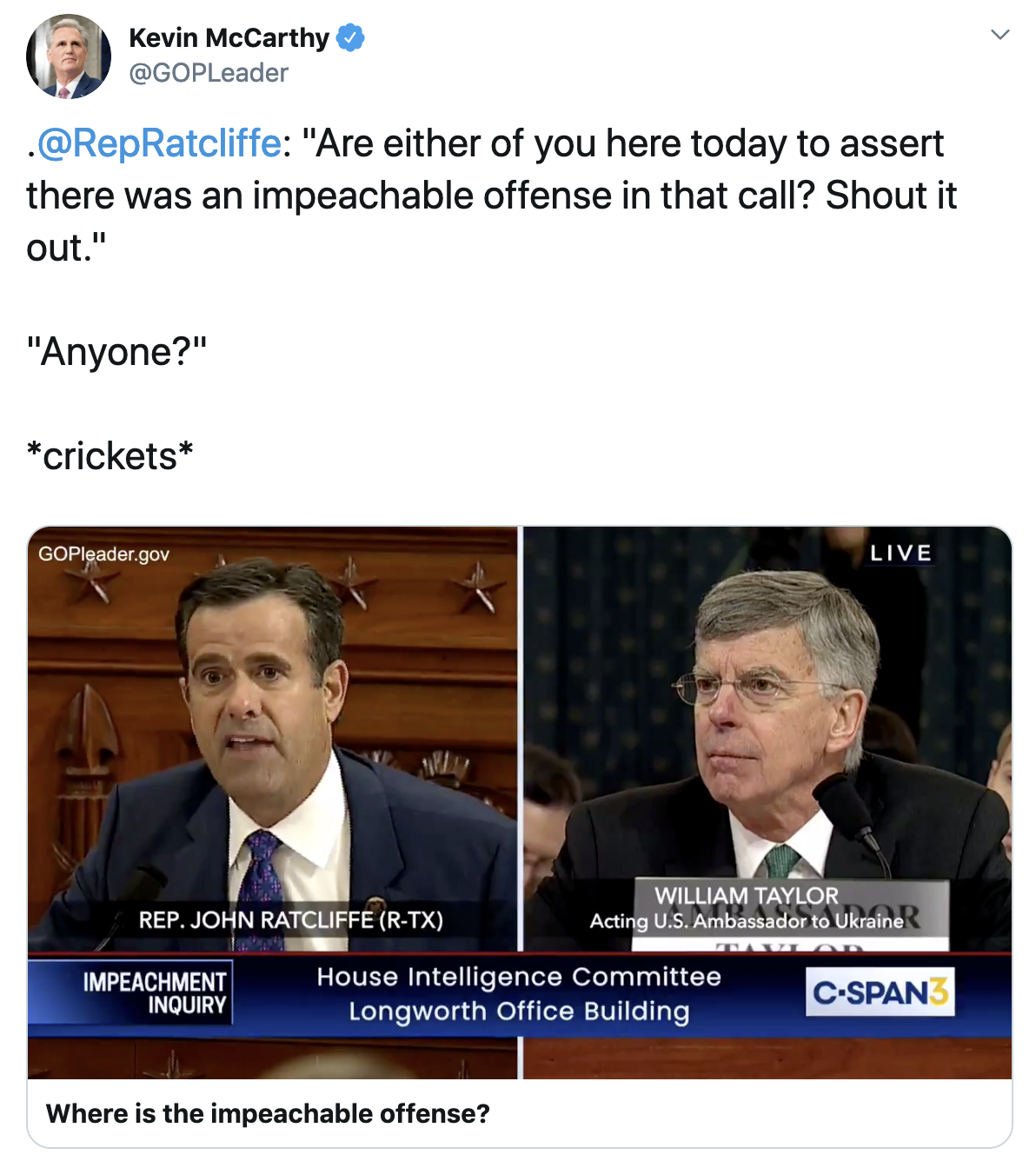