TOPLINE: As the Democrats’ nominee for president continues to evade questions about whether or not he would pack the Supreme Court with liberal justices, Rep. Jim Jordan (R-Ohio) has introduced a House resolution expressing opposition to this dangerous attempt to undermine our democratic institutions. It is critical that all Republicans cosponsor this resolution: the American people deserve to know where their elected representatives stand on this insidious plan to destroy the credibility of our nation’s highest court.
DEMOCRAT PARTY LEADERS SUPPORT COURT PACKING

Prominent Democrats poised to serve high-up positions in a Biden Administration have come out in support of packing the Supreme Court with liberal justices:

Republicans agree: this is a conversation worth having. Packing the Supreme Court with liberal justices would be the most egregious change to the American judicial branch in 151 years. Americans deserve to know where their elected representatives stand on this issue.

Rep. Jim Jordan (R-Ohio), the Republican Leader of the House Judiciary Committee, introduced a resolution, H.Res. 1138, expressing the sense of the House of Representatives that the number of Justices on the Supreme Court should remain at nine.

The resolution includes important context on Democrats’ attempt to pack the Supreme Court: 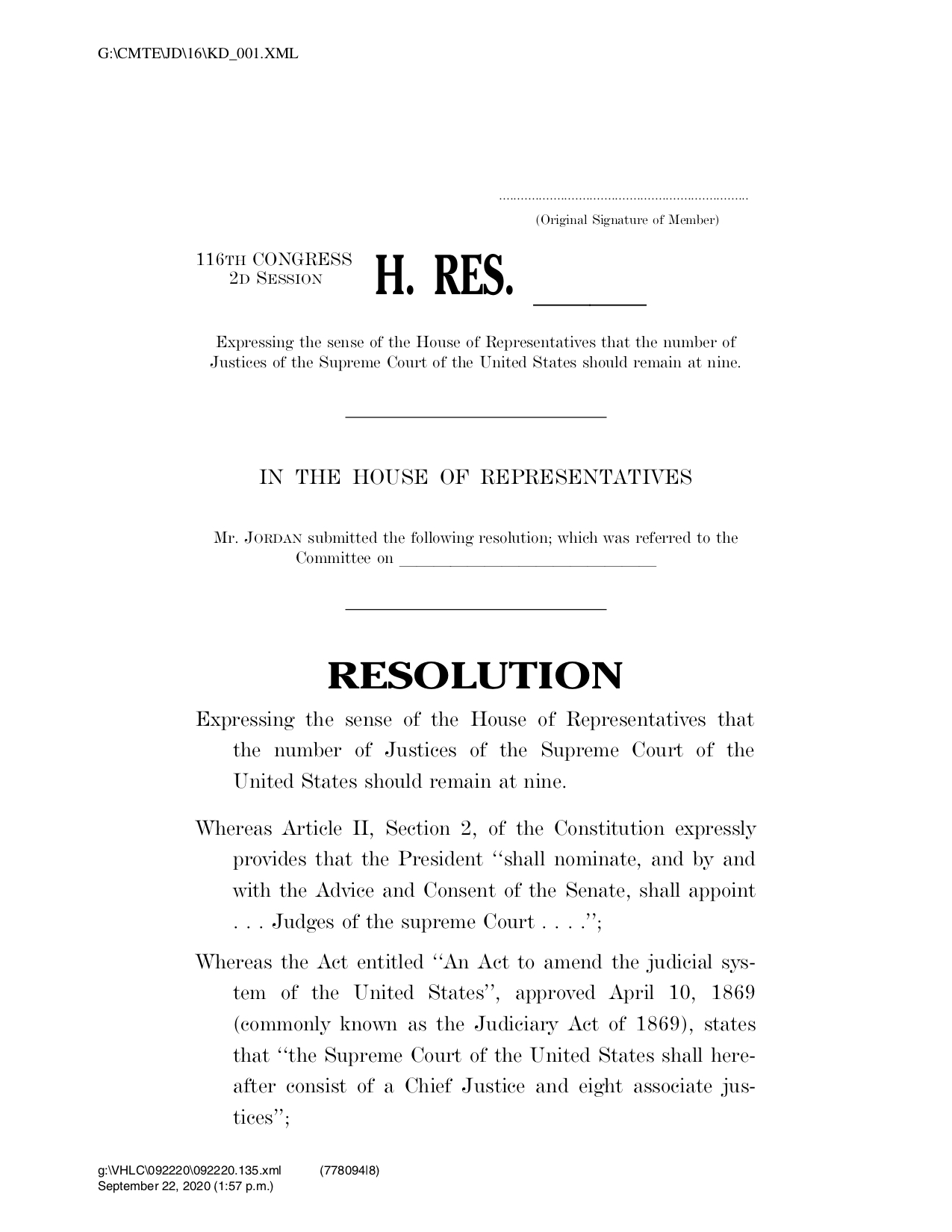 Click here or on the image above to view the resolution.

BOTTOM LINE: House Republicans are strongly encouraged to cosponsor Rep. Jordan’s resolution condemning and opposing radical leftists’ court packing schemes. The American people must know where their elected representatives stand on this critical issue ahead of the upcoming election.